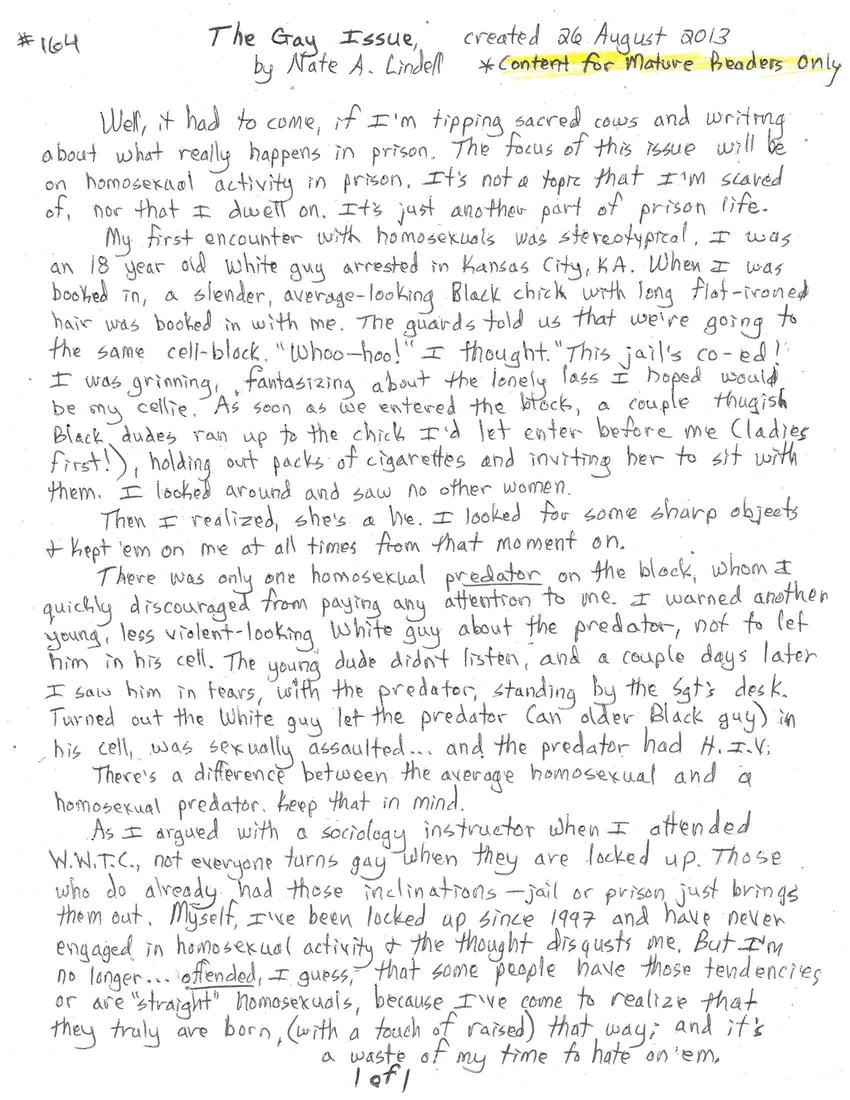 Well, it had to come, if I'm tipping sacred cows and writing
about what really happens in prison. The focus of this issue will be
on homosexual activity in prison. It's not a topic that I'm scared
of, nor that I dwell on. It's just another part of prison life.
My first encounter with homosexuals was stereotypical. I was
an 18 year old white guy arrested in Kansas City, K.A. When I was
booked in, a slender, average-looking Black chick with long flat-ironed
hair was booked in with me. The guards told us that we're going to
the same cell-block. "Whoo-hoo!" I thought. "This jail's co-ed!
I was grinning, fantasizing about the lonely lass I hoped would
be my cellie. As soon as we entered the block, a couple thuggish
Black dudes ran up to the chick I'd let enter before me (ladies
first!), holding out packs of cigarettes and inviting her to sit with
them. I looked around and saw no other women.
Then I realized, she's a he. I looked for some sharp objects
& kept'em on me at all times from that moment on.
There was only one homosexual predator on the block, whom I
quickly discouraged from paying any attention to me. I warned another
young, less violent-looking white guy about the predator, not to let
him in his cell. The young dude didn't listen, and a couple days later
I saw him in tears, with the predator, standing by the Sgt's desk.
Turned out the white guy let the predator (an older Black guy) in
his cell, was sexually assaulted...and the predator had H.I.V:
There's a difference between the average homosexual and a
homosexual predator. Keep that in mind.
As I argued with a sociology instructor when I attended
W.W.T.C., not everyone turns gay when they are locked up. Those
who do already had those inclinations-jail or prison just brings
them out. Myself, I've been locked up since 1997 and have never
engaged in homosexual activity & the thought disgusts me. But I'm
no longer...offended, I guess, that some people have those tendencies
or are "straight" homosexuals, because I've come to realize that
they truly are born, (with a touch of raised) that way; and it's
a waste of my time to hate on 'em.

There are a lot of strong feelings about gay men in prison, I know. I also know that some of the gay men can be pretty out there with their sexuality - and few readers of these forums would not understand how hard it is to try to avoid their sexual behavior (and I mean sexual behavior, since many 'encounters' are pretty public and nearly impossible to avoid).

No one wants to see someone having sex in the bathroom a few feet away - or in the shower stall next to you.

That said, there are many men in prison who are gay and never tell anyone. I know, I've worked in prison. I've been told this 'secret' because they trusted me. They didn't let me put this on any paperwork, anywhere - they were so scared of the other men finding out and harassing them.

You see only some of the gay men. There are plenty more 'nice' guys who just want to do their time, like everyone else.
j
I enjoyed reading JT's reply to your post. It's always interesting to hear other, insightful perspectives.

What brought me down to the comments though, was the last line in your post about how you believe you've "come to realize that
they truly are born, (with a touch of raised) that way".

It was the 'touch of raised' that way that piqued my interest. Why do you think that Nate? are you saying you think homosexual behaviors may have been encouraged in childhood, or perhaps modeled by others in a child's inner circle?

The reason why I ask is because I have a daughter who turned 20 this year. When she was 13 she told me she was gay. At the time I chose to just say 'ok' & kept doing whatever it was I was doing at the time, feeling like there was no point making an issue of it when she was so young. It never concerned me, we all are who we are, but I remember at the time questioning whether my actions could have had any impact on her. When she was 2 she refused to wear a skirt any more, at 7 she insisted in buying her clothes from the boys section & although I challenged these decisions during those times, I still let her do what she wanted.

There were never any openly gay people in our lives though. As far as I know she doesn't have any gay extended family members so I struggle with finding any example of homosexuality being shown to her before the age of 13.

Obviously this all goes back to that wonderful nature/nurture debate we all love so much, I just question whether nurture had any real impact in my daughter's life, other than being confident in who she was/is.

Thank you for your thought provoking posts, I don't often have the time to keep up with you here as I'd like to, but it's always interesting to see what's on your mind :) 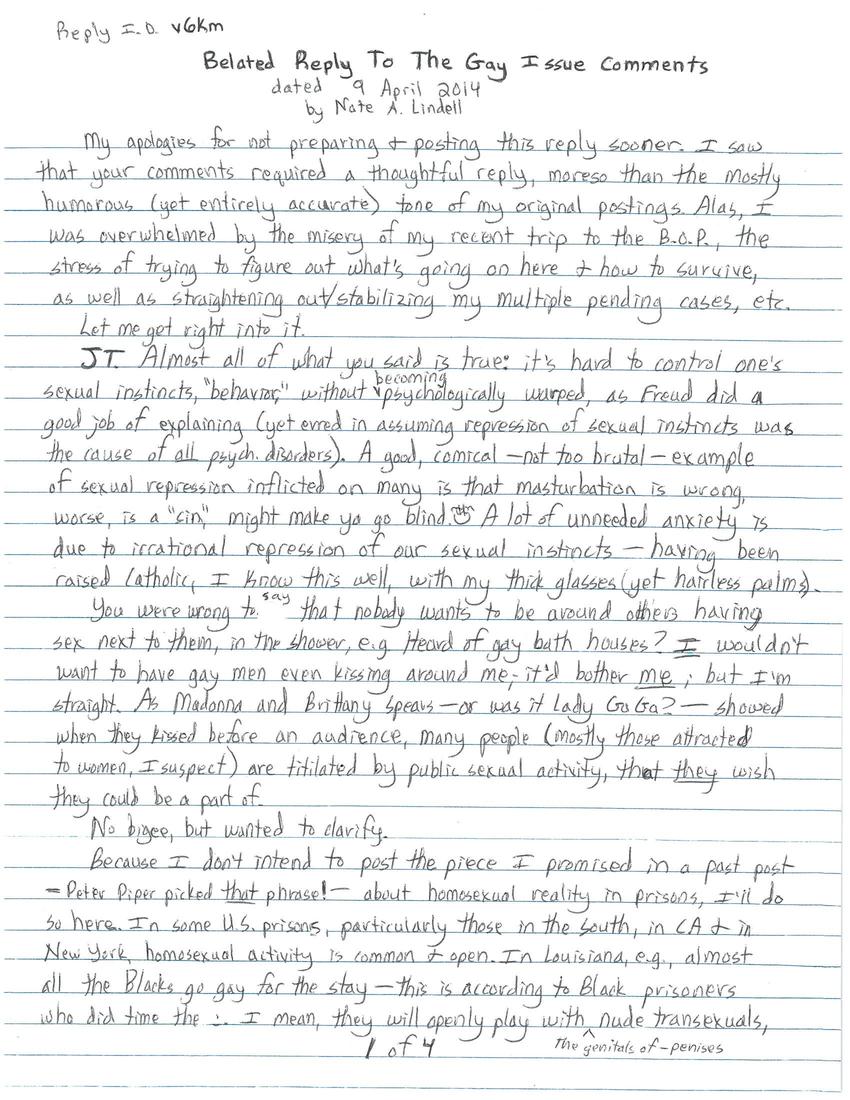 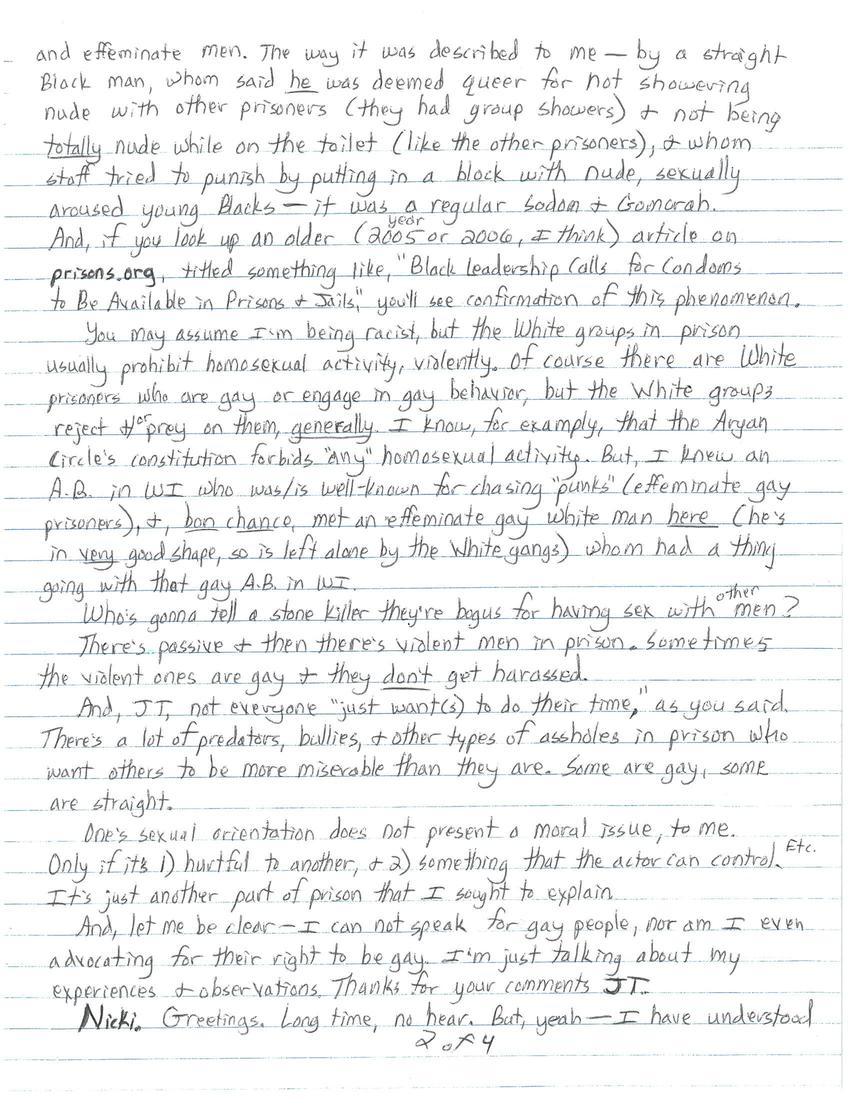 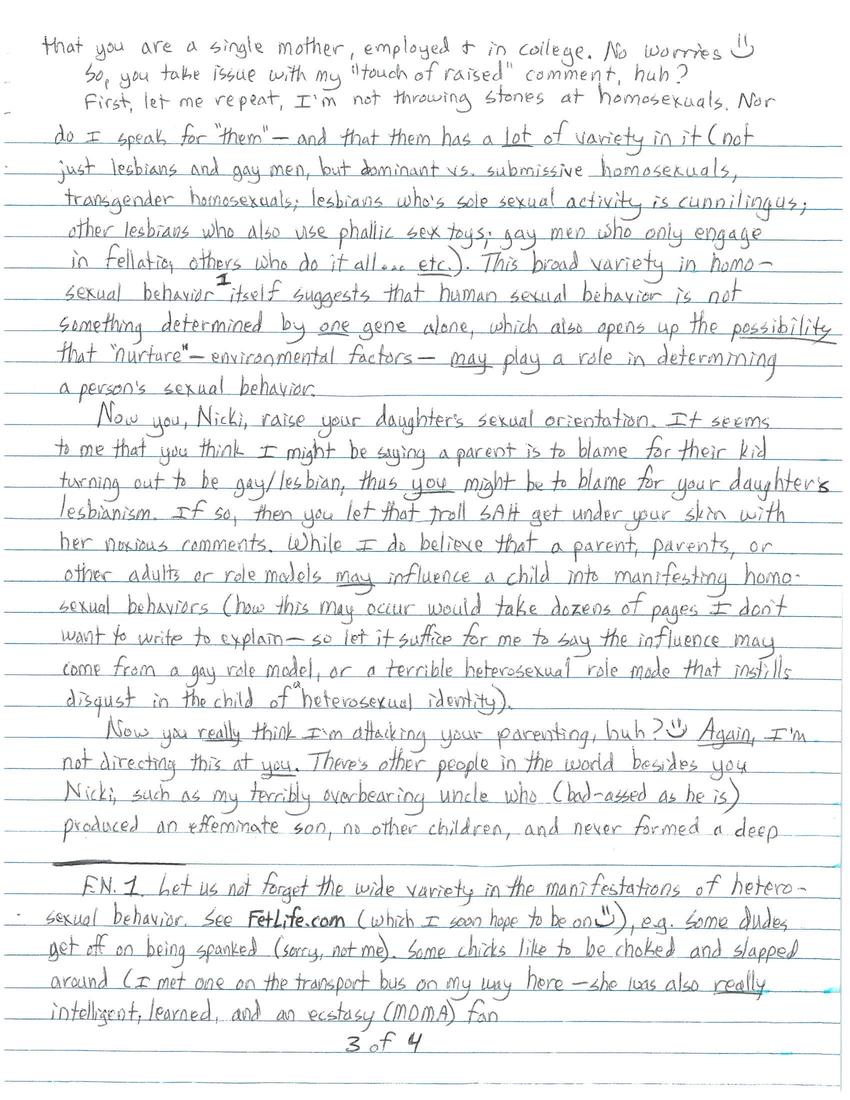 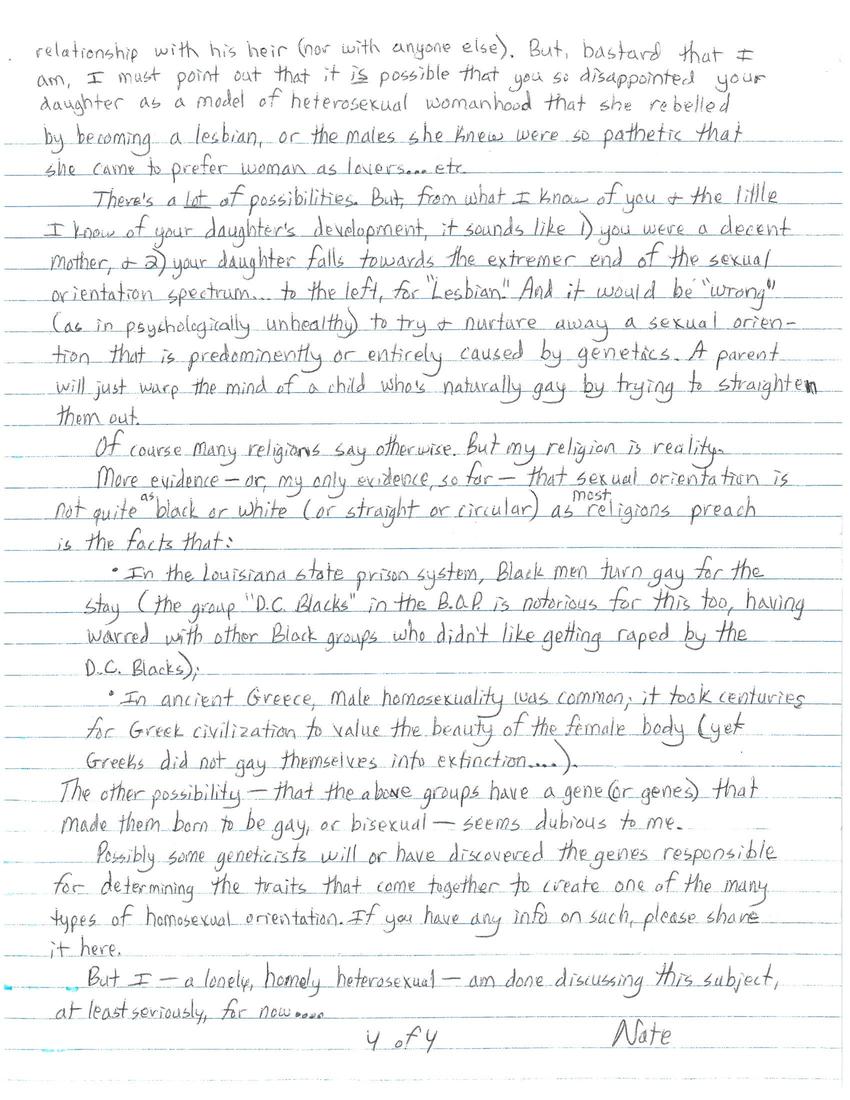