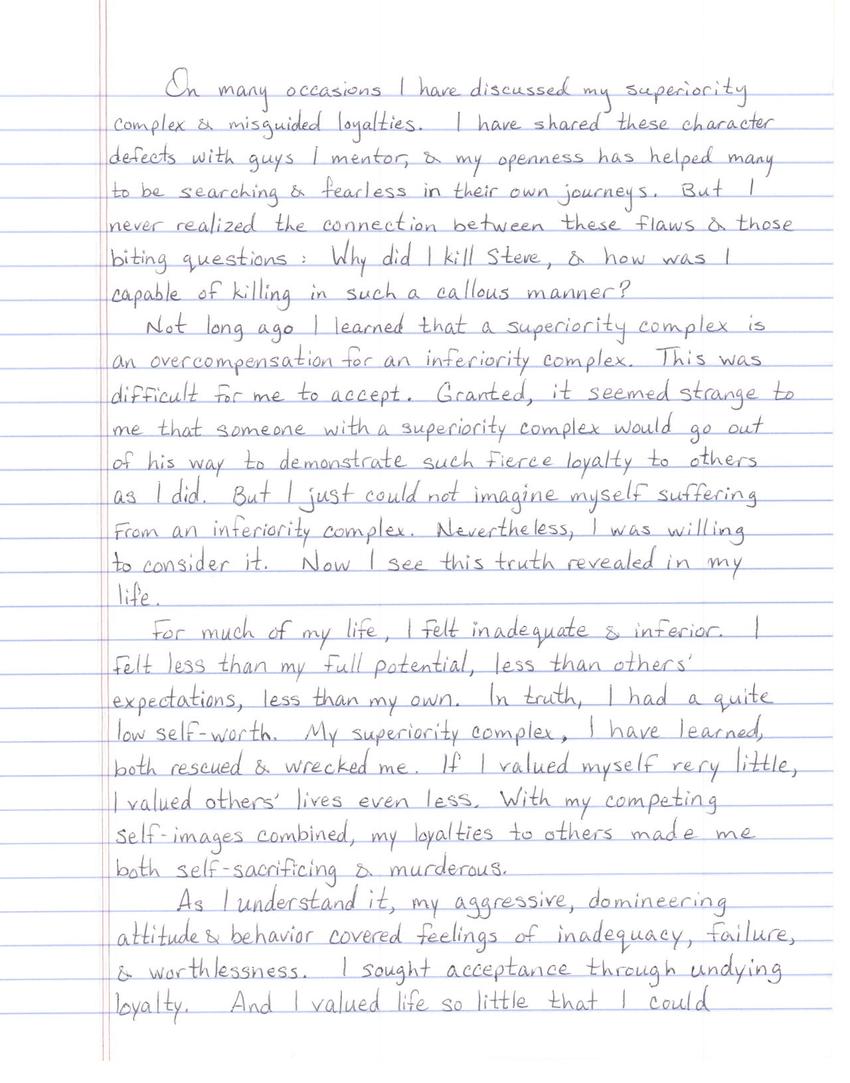 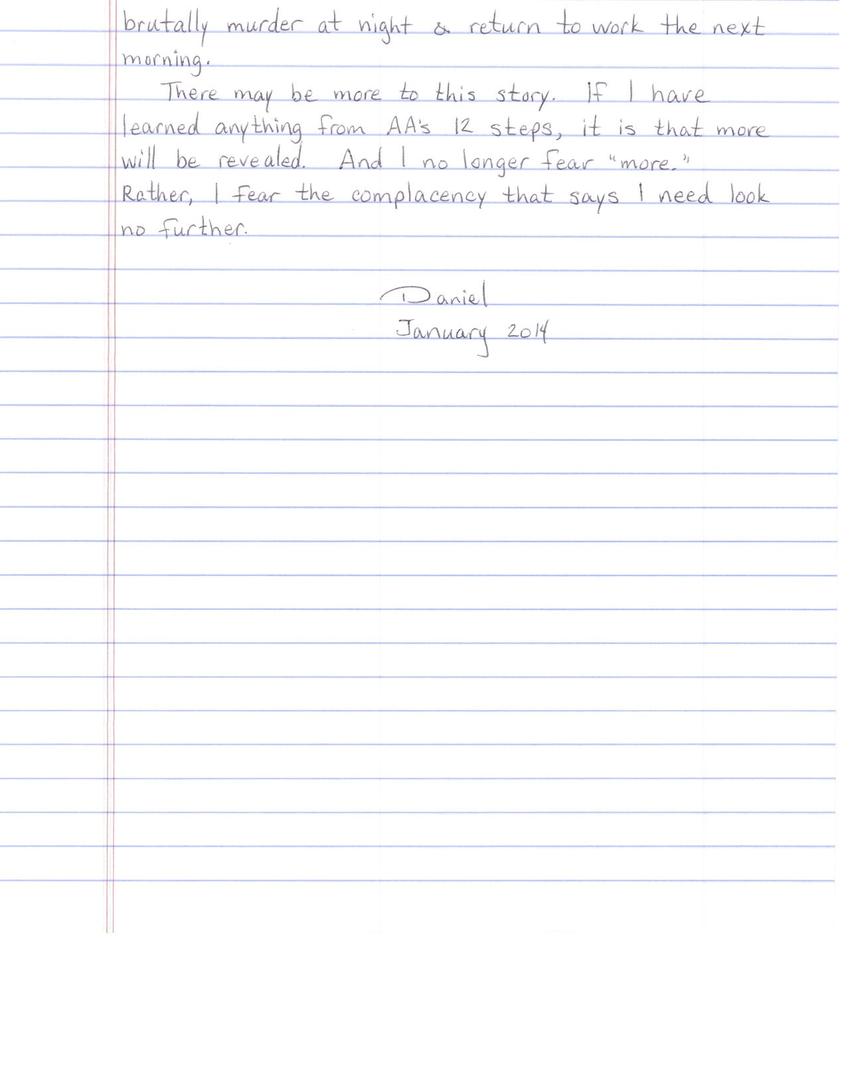 On many occasions I have discussed my superiority complex & misguided loyalties. I have shared these character defects with guys I mentor, & my openness has helped many to be searching & fearless in their own journeys. But I never realized that the connection between these flaws & those biting questions: Why did I kill Steve, & how was I capable of killing in such a callous manner?

For much of my life, I felt inadequate & inferior. I felt less than my full potential, less than others' expectations, less than my own. In truth, I had a quite low self-worth. My superiority complex, I have learned, both rescued & wrecked me. If I valued myself very little, I valued others' lives even less. With my competing self-images combined, my loyalties to others made me both self-sacrificing and murderous.

As I understand it, my aggressive, domineering attitude & behavior covered feelings of inadequacy, failure, & worthlessness. I sought acceptance through undying loyalty. And I valued life so little that I could brutally murder at night & return to work the next morning.

There may be more to this story. If I have learned anything from AA's 12 steps, it is that more will be revealed. And I not longer fear "more." Rather, I fear the complacency that says I need to look no further.