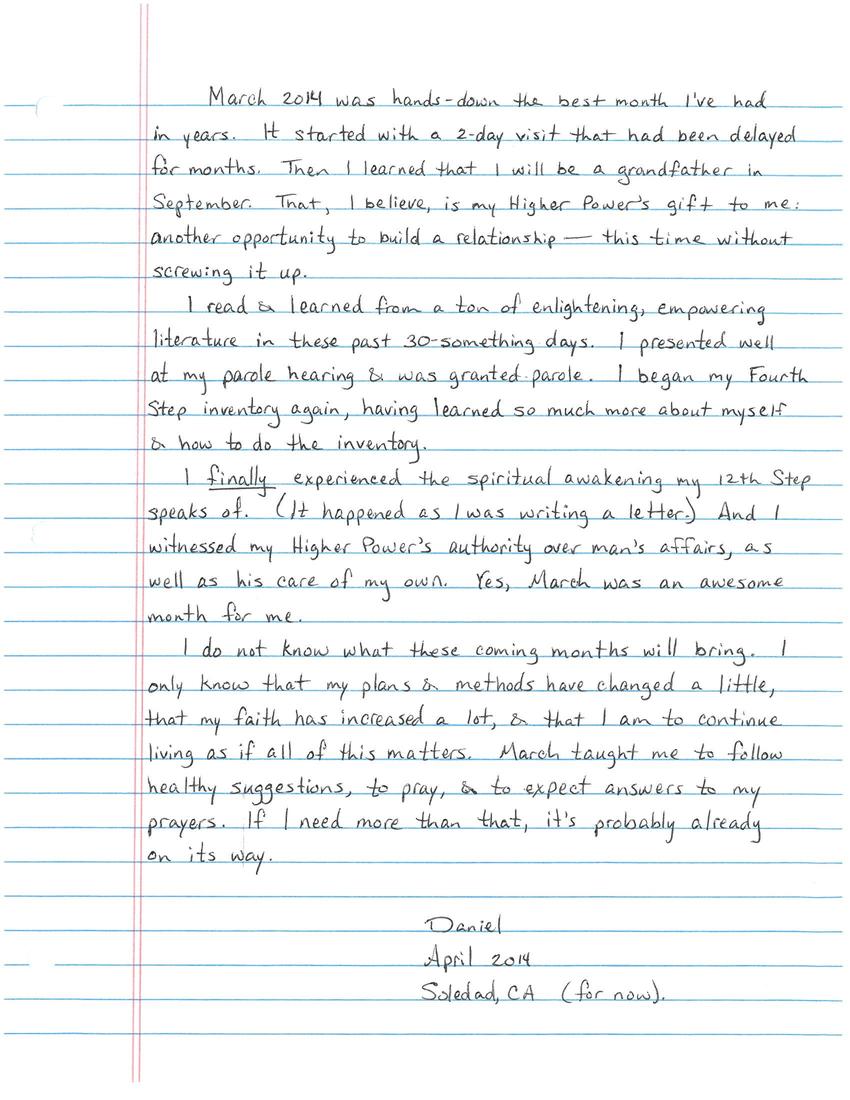 March 2014 was hands - down the best month I've had in years. It started with a 2-day visit that had been delayed for months. Then I learned that I will be a grandfather in September. That, I believe, is my Higher Power's gift to me: another opportunity to build a relationship - this time without screwing it up.

I read and learned from a ton of enlightening, empowering literature in these past 30-something days. I presented well at my parole hearing and was granted parole. I began my fourth step inventory again, having learned so much more about myself and how to do the inventory.

I finally experienced the spiritual awakening my 12th step speaks of. (It happened as I was writing a letter). And I witnessed my Higher Power's authority over man's affairs, as well as his care of my own. Yes, March was an awesome month for me.

I do not know what these coming moths will bring. I only know that my plans and methods have changed a little, that my faith has increased a lot, and that I am to continue living as if all of this matters, March taught me to follow healthy suggestions, to pray, and to expect answers to my prayers. If I need more than that, it's probably already on its way.

*taps foot impatiently* Make with the writing and post something. :D