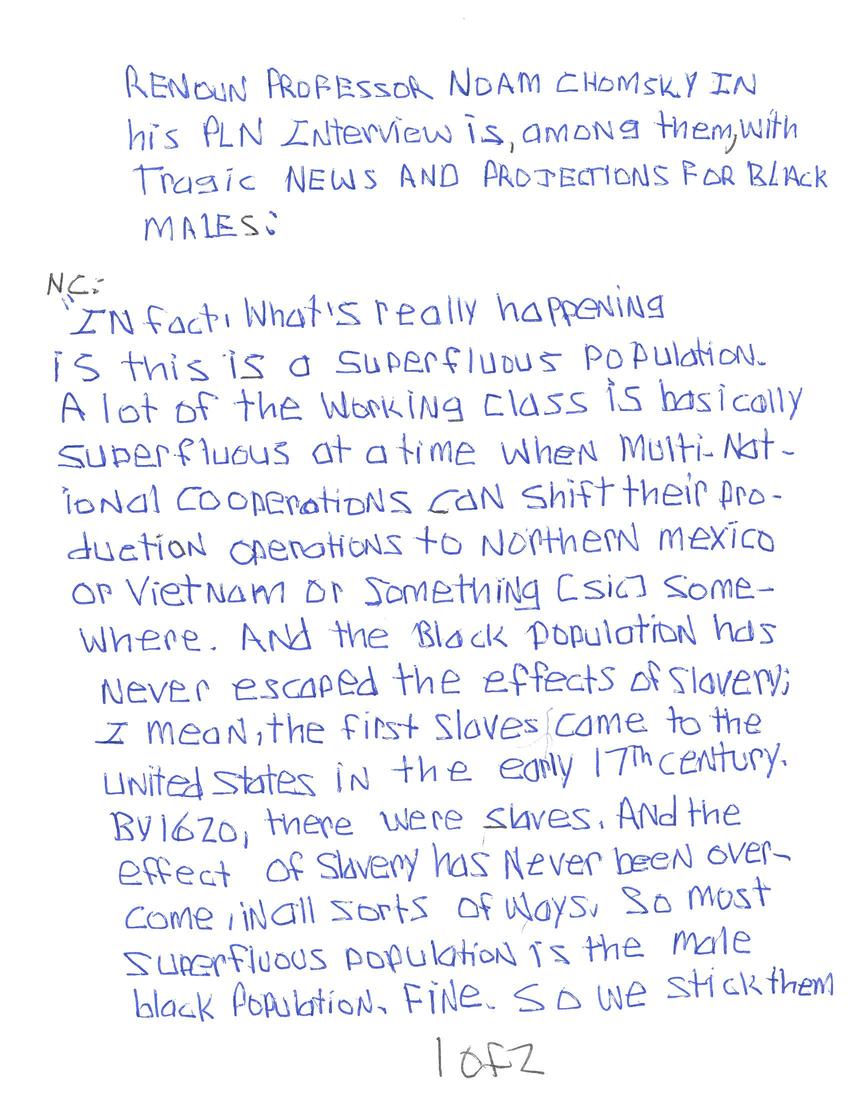 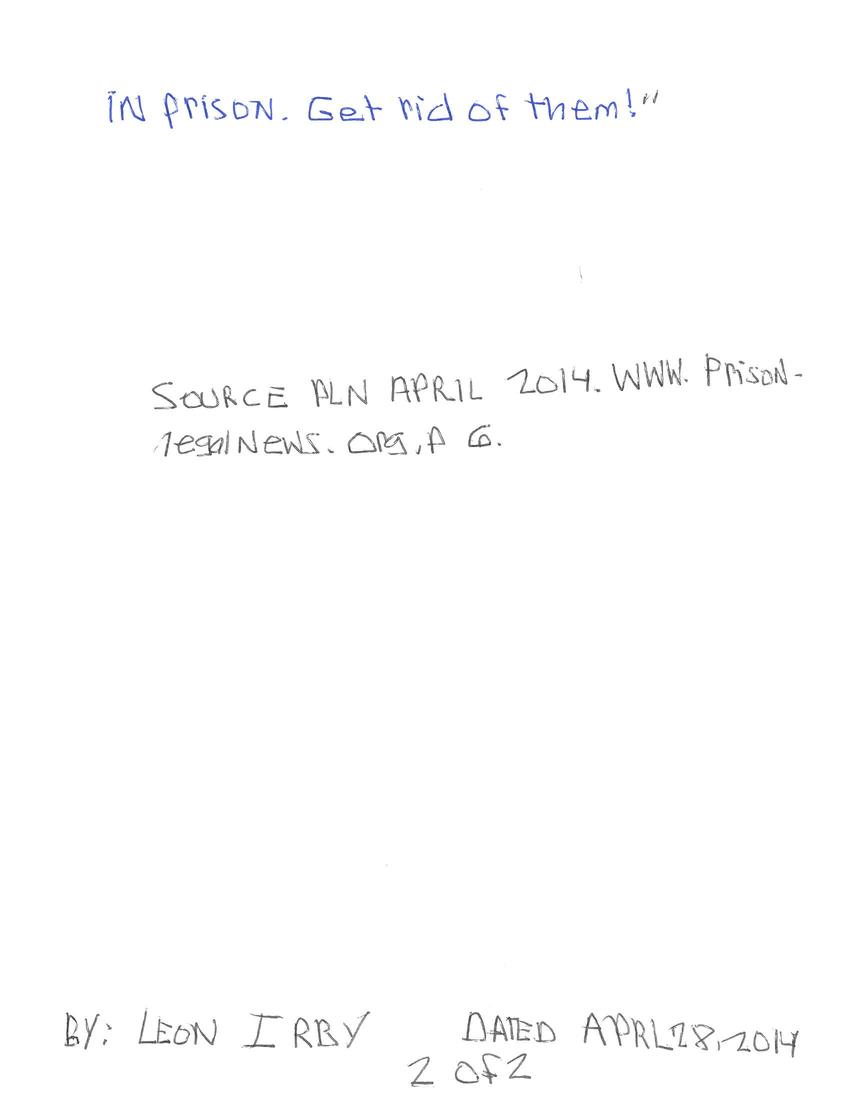 Renoun Professor Noam Chomsky in his PLN interview is, among them, with tragic news and projections for Black males:

NC: "In fact, what's really happening is this a superfluous population. A lot of the working class is basically superfluous at a time when multi-national co-operations can shift their production operations to Northern Mexico or Vietnam or something (sic) somewhere. And the Black population has never escaped the effects of slavery; I mean, the first slaves come to the United States in the early 17th century. By 1620, there were slaves, and the effect of slavery has never been overcome, in all sorts of ways, so most superfluous population is the male black population. Fine. So we stick them in priaon. Get rid if them!"