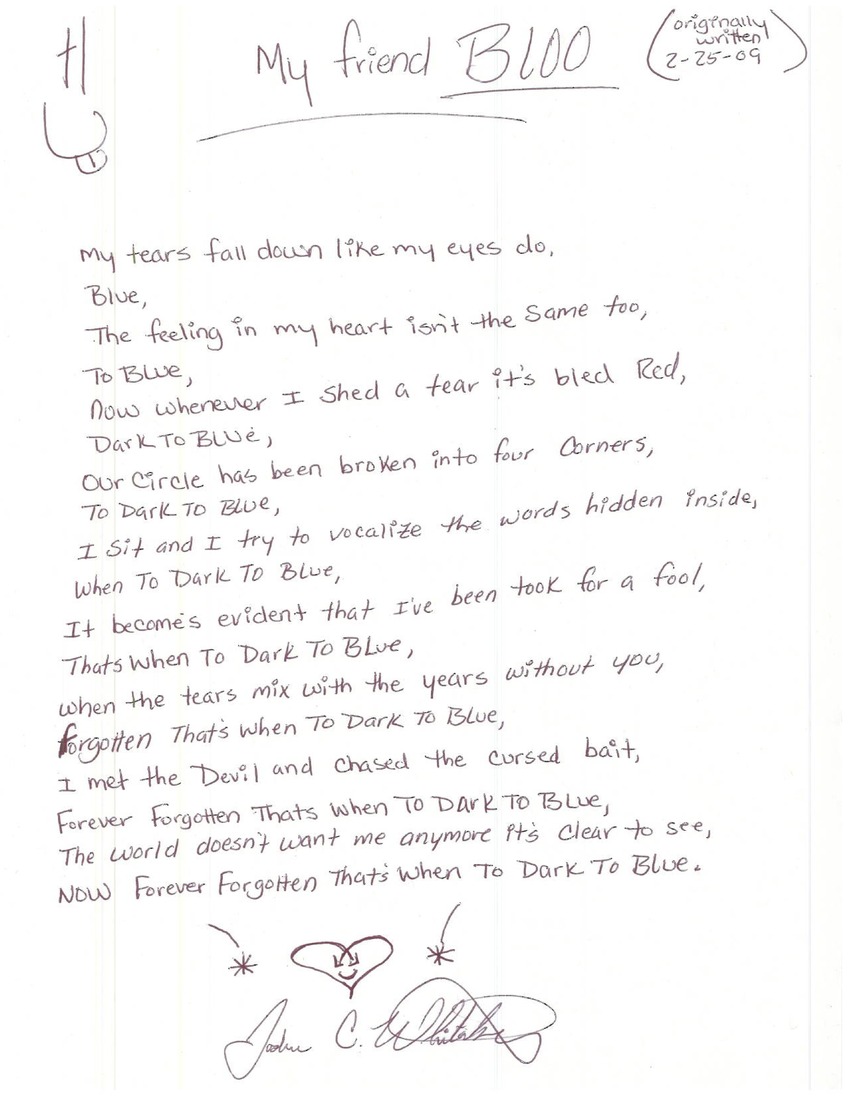 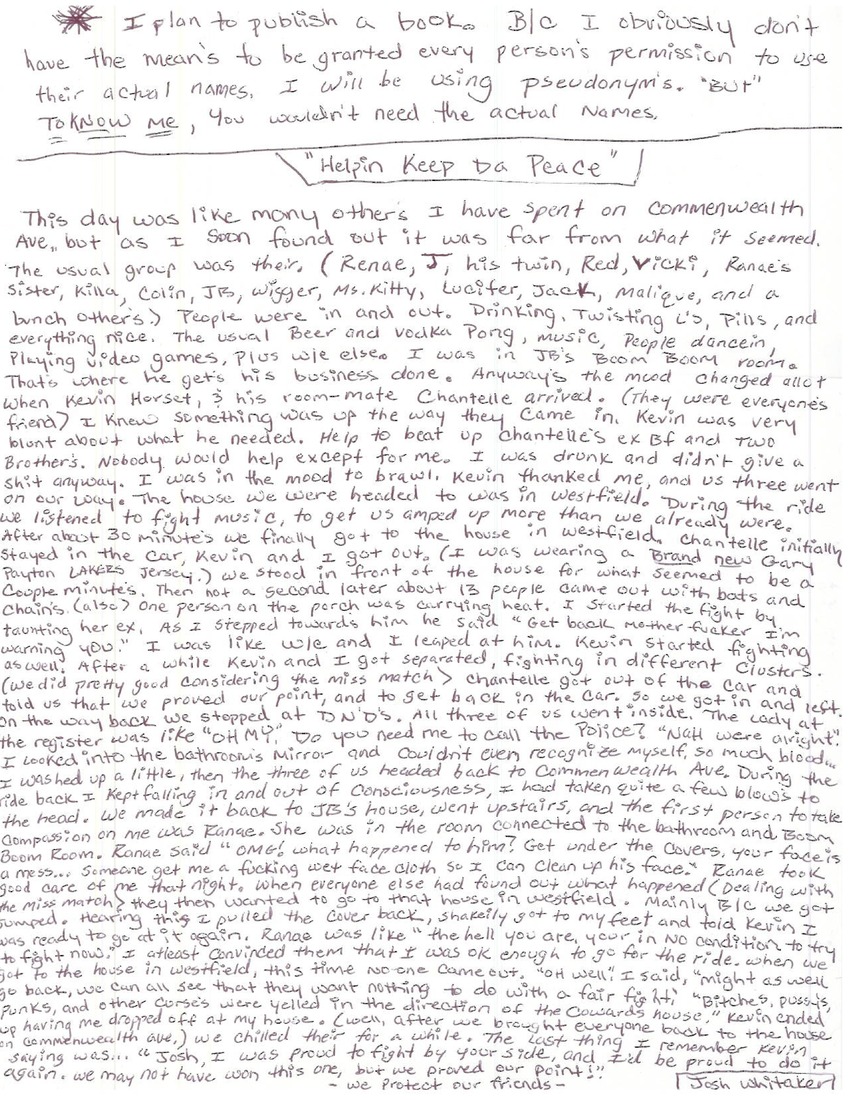 * I plan to publish a book. B/c I obviously don't have the means to be granted every person's permission to use their actual names, I will be using pseudonyms. "But" TO KNOW ME, you wouldn't need the actual names.

This day was like many others I have spent on Commonwealth Ave., but as I soon found out it was far from what it seemed. The usual group was there. (Renae, J, his twin, Red, Vicki, Renae's sister, Killa, Colin, JB, Wigger, Ms. Kitty, Lucifer, Jack, Malique, and a bunch others). People were in and out. Drinking, twisting L's, pills, and everything nice. The usual beer and vodka pong, music, people dancin', playing video games. Plus w/e else. I was in JB's Boom Boom room. That's where he gets his business done. Anyways the mood changed all out when Kevin Horset, & his room-mate Chantelle arrived. (They were everyone's friend). I knew something was up the way they came in. Kevin was very blunt about what he needed. Help to beat up Chantelle's ex BF and two brothers. Nobody would help except for me. I was drunk and didn't give a shit anyway. I was in the mood to brawl. Kevin thanked me, and us three went on our way. The house we were headed to was in Westfield. During the ride we listened to fight music to get us amped up more than we already were. After about 30 minutes we finally got to the house in Westfield. Chantelle initially stayed in the car, Kevin and I got out. (I was wearing a BRAND NEW Gary Payton Lakers jersey). We stood in front of the house for what seemed like a couple minutes. Then not a second later about 13 people came out with bats and chains (also) one person on the porch was carrying heat. I started the fight by taunting her ex. As I stepped towards him he said "Get back, motherfucker, I'm warning you." I was like w/e and I leaped at him. Kevin started fighting as well. After a while Kevin and I got separated, fighting in different clusters. (We did pretty good considering the mismatch). Chantelle got out of the car and told us that we proved our point, and to get back in the car. So we got in and left. On the way back we stopped at D n' D's. All three of us went inside. The lady at the register was like "OH MY, do you need me to call the police?" "Nah, we're alright." I looked into the bathroom's mirror and couldn't even recognize myself, so much blood... I washed up a little, then the three of us headed back to Commonwealth Ave. During the ride back I kept falling in and out of consciousness, I had taken quite a few blows to the head. We made it back to JB's house, went upstairs, and the first person to take compassion on me was Ranae. She was in the room connected to the bathroom and Boom Boom Room. Ranae said "OMG! What happened to him? Get under the covers, your face is a mess... Someone get me a fucking wet face cloth so I can clean up his face." Ranae took good care of me that night. When everyone else had found out what had happened (dealing with the mismatch) they then wanted to go to that house in Westfield. Mainly b/c we got jumped. Hearing this, I pulled the cover back, shakily got to my feet and told Kevin I was ready to go at it again. Ranae was like "the hell you are, you're in NO condition to try to fight now." I at least convinced them that I was OK enough to go for the ride. When we got to the house in Westfield, this time no-one came out. "Oh well", I said, "might as well go back, we can all see that they want nothing to do with a fair fight. "Bitches, pussies, punks" and other curses were yelled in the direction of the cowards' house. Kevin ended up having me dropped off at my house. (Well, after we brought everyone back to the house on Commonwealth Ave.) We chilled there for a while. The last thing I remember Kevin saying was... "Josh, I was proud to fight by your side, and I'd be proud to do it again. We may not have won this one, but we proved our point!"

- We protect our friends -