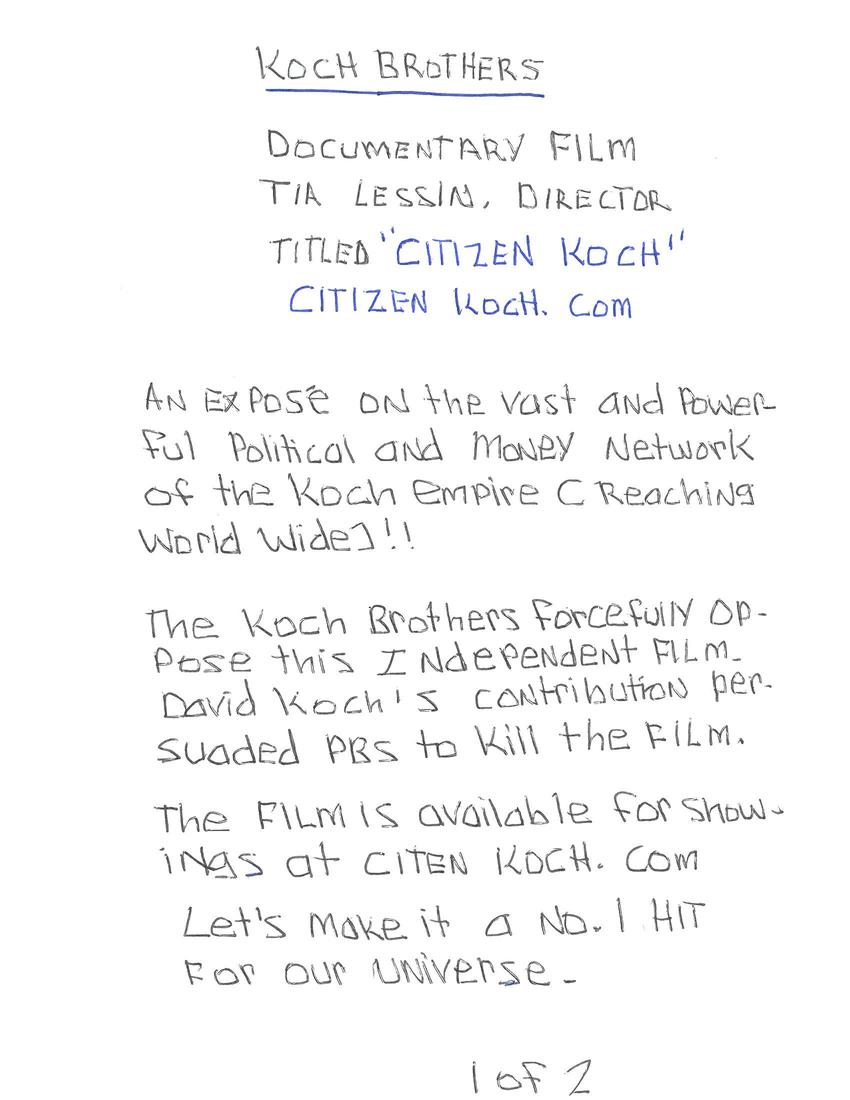 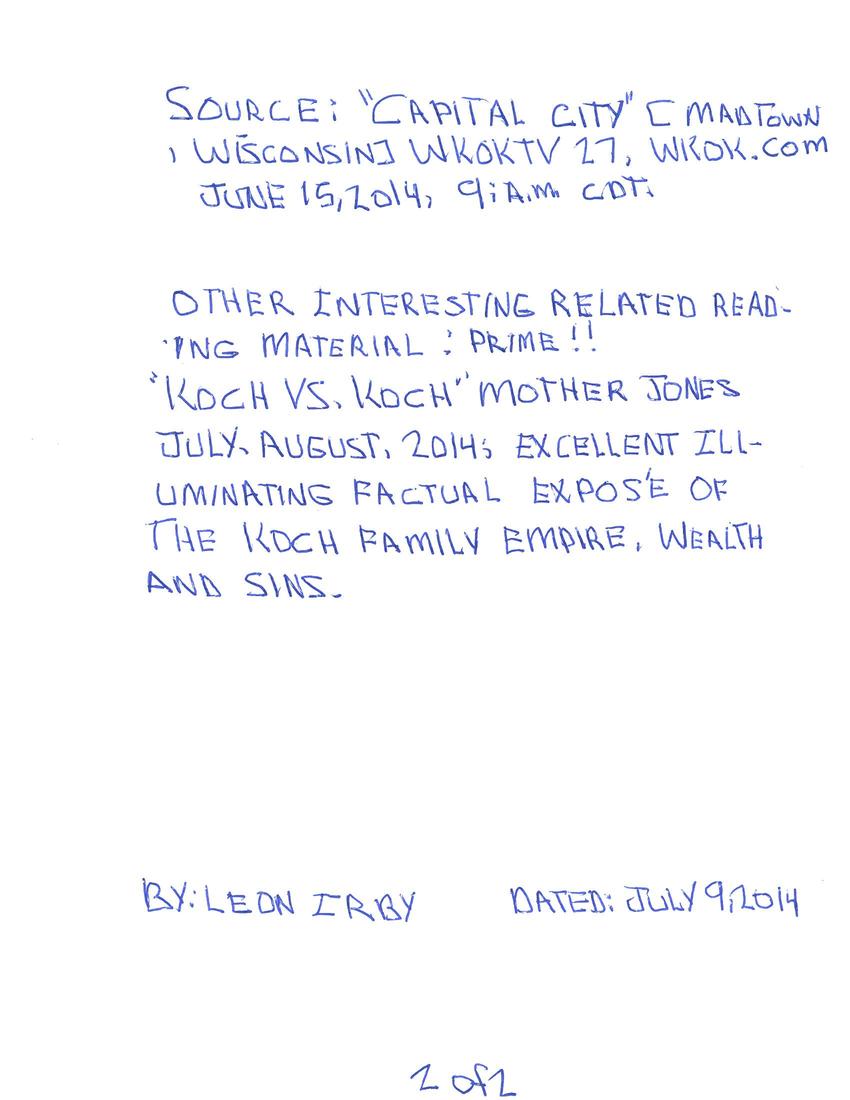 An Expose on the vast and powerful political and money network of the Koch empire C Reaching world wide!!

The film is available for showings at Citizen Koch.com. Let's make it a no.1 hit for our universe.