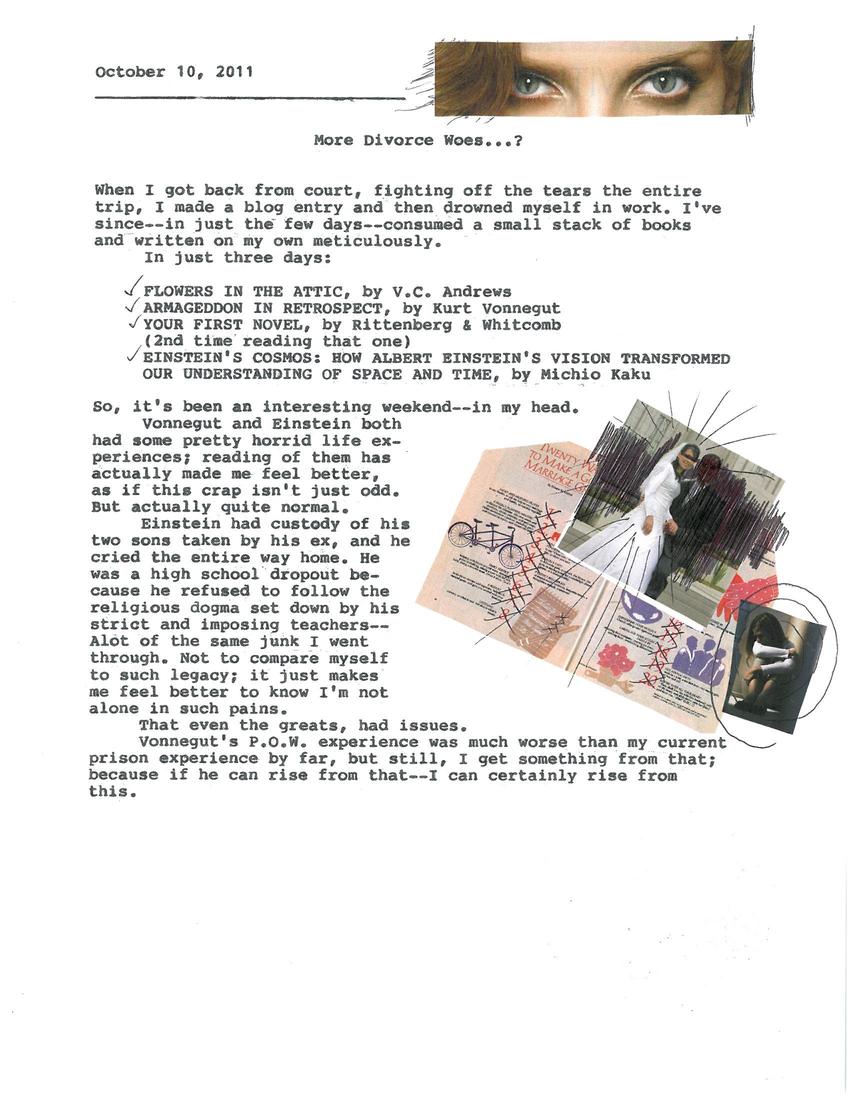 When I got back from court, fighting off the tears the entire trip, I made a blog entry and drowned myself in work. I've since—in just the few days—consumed a small stack of books and wrote on my own meticulously.

In just three days:
Flowers in the Attack by V.C. Andrews
Armageddon in Retrospect by Kurt Vonnegut
Your First Novel by Rittenburg and Whitcomb (second time reading that one)
Einstein's Cosmos: How Albert Einstein's Vision Transformed Our Understanding of Space and Time by Michio Kaku

So it's been an interesting weekend in my head.

Vonnegut and Einstein both had some pretty horrid life experiences. Reading them has actually made me feel better, as if this crap isn't just odd but actually quite normal.

Einstein had custody of his two sons taken by his ex, and he cried the entire way home. He was a high school dropout because he refused to follow the religious dogma set down by his strict and imposing teachers. A lot of the same junk I went through. Not to compare myself to such a legend. It just makes me feel better to know I'm not alone in such pain. That even the greats had issues.

Vonnegut's P.O.W. experience was much worse than my current prison experience by far. But still, I get something from that. Because if he can rise from that, I can certainly rise from this.