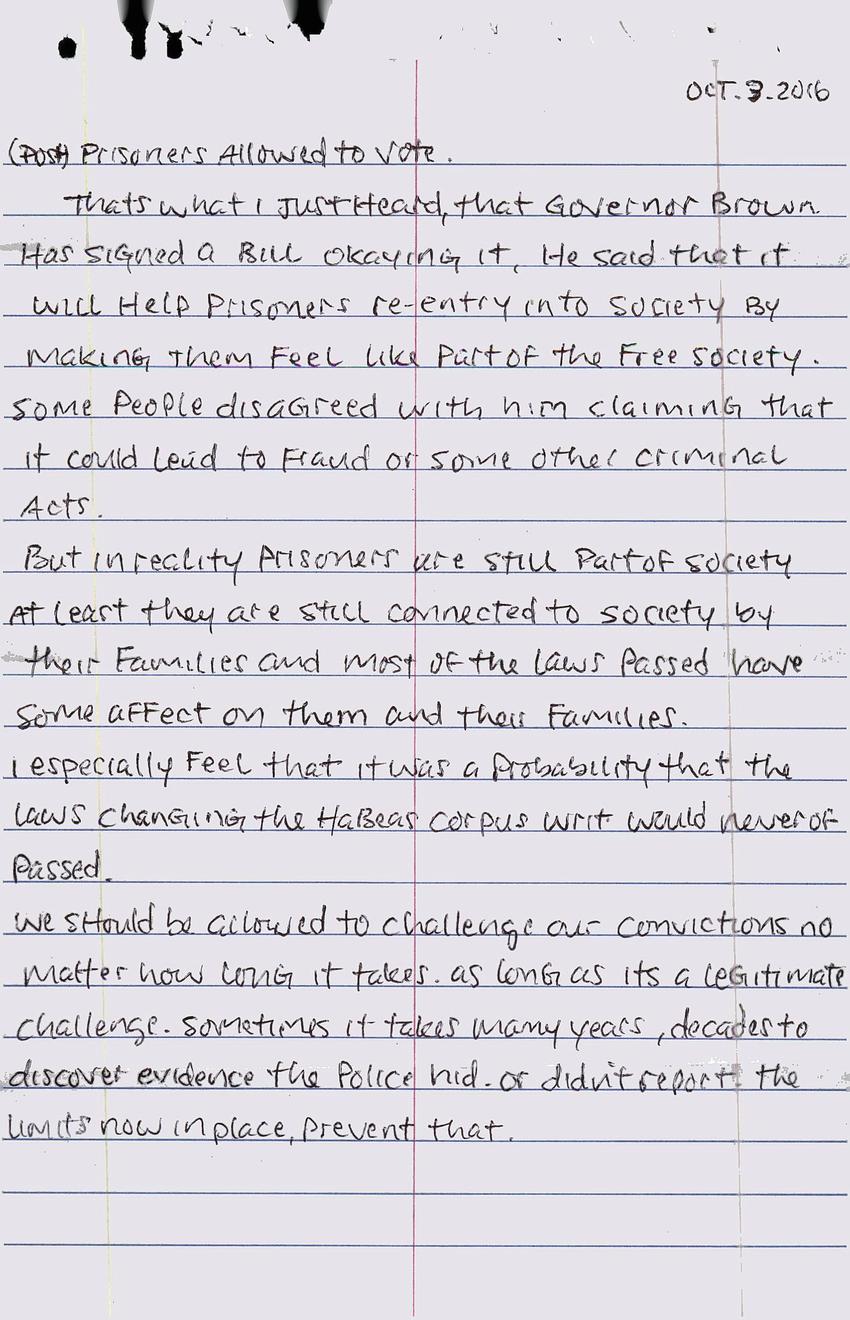 That's what I just heard: that Governor Brown has signed a bill okaying it. He said that it will help prisoners' re-entry into society by making them feel like a part of the free society. Some people disagreed with him, claiming that it could lead to fraud or some other criminal acts.

But, in reality, prisoners are still part of society. At least, they are still connected to society by their families, and most of the laws passed have some effect on them and their families. I especially feel that it was a probability that the laws changing the habeas corpus writ would never have passed.

We should be allowed to challenge our convictions, no matter how long it takes, as long as it's a legitimate challenge. Sometimes, it takes many years, decades to discover evidence the police hid or didn't report. The limits now in place prevent that.

Vote for Trump. It sure would be nice to see you come home. See a lot of people get less time for a lot worse crimes. Anyways much love. Bolo
Vote for Trump lol. One love Bolo
(scanned reply – view as blog post)
uploaded Nov. 25, 2016.  Original (PDF) 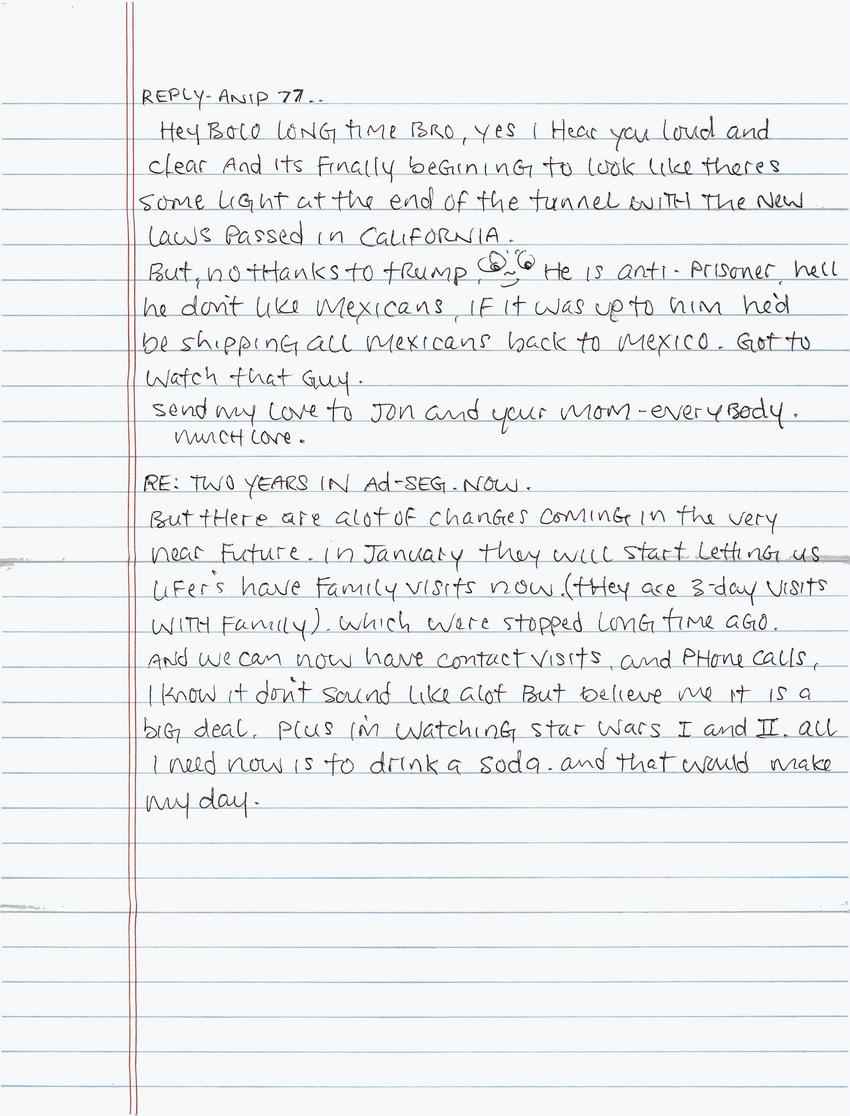 Hey Dad how are you, I miss u so much been thinking about u alot. What is your address so I can write and send pics