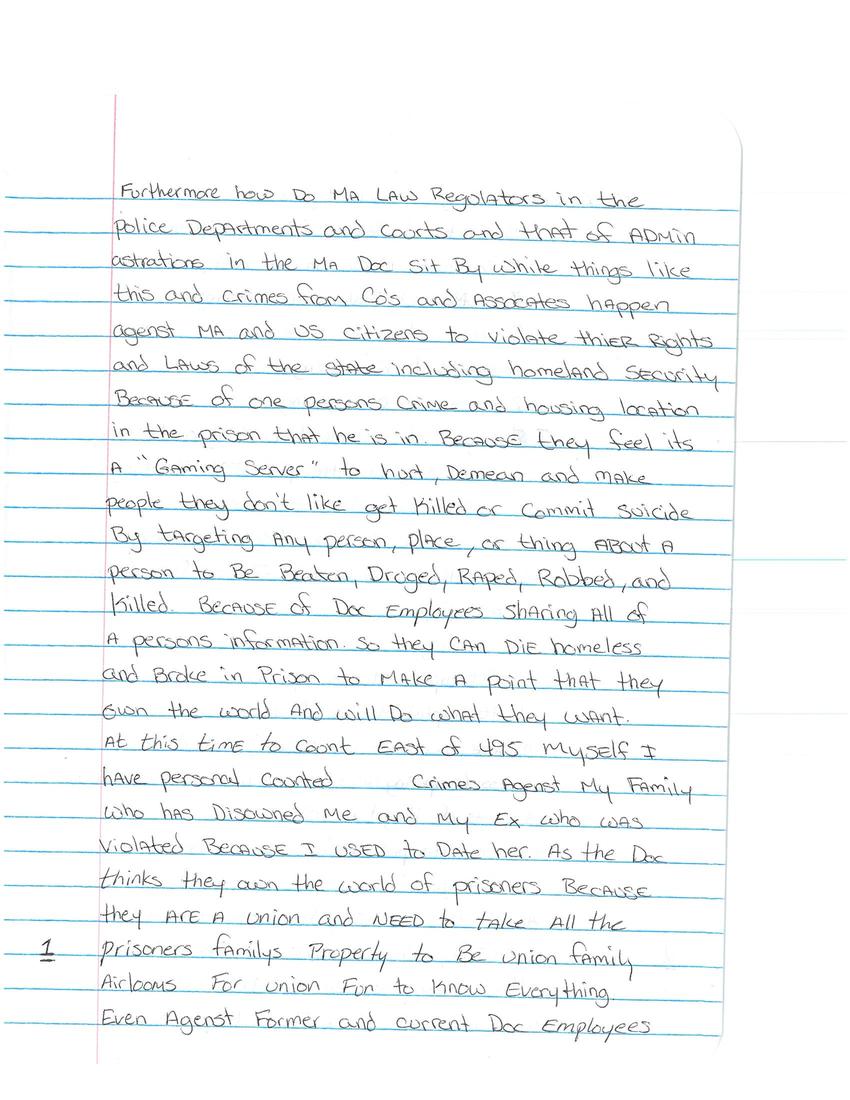 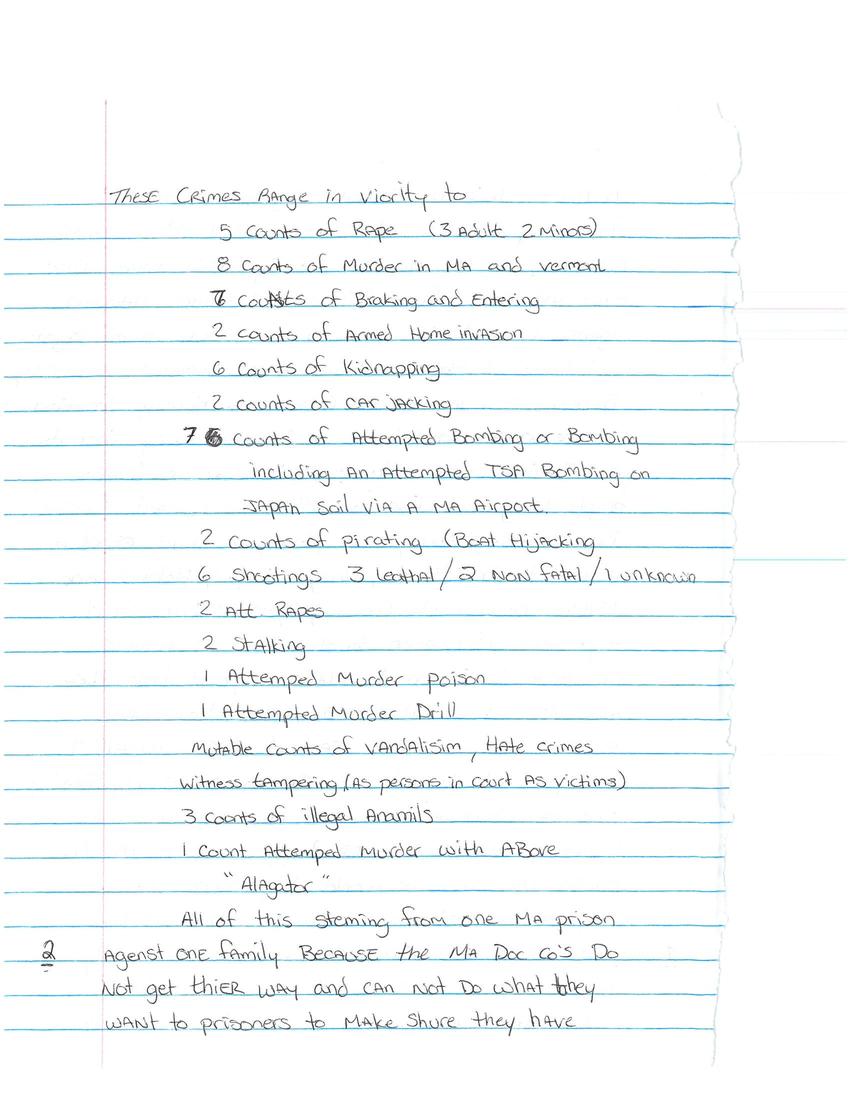 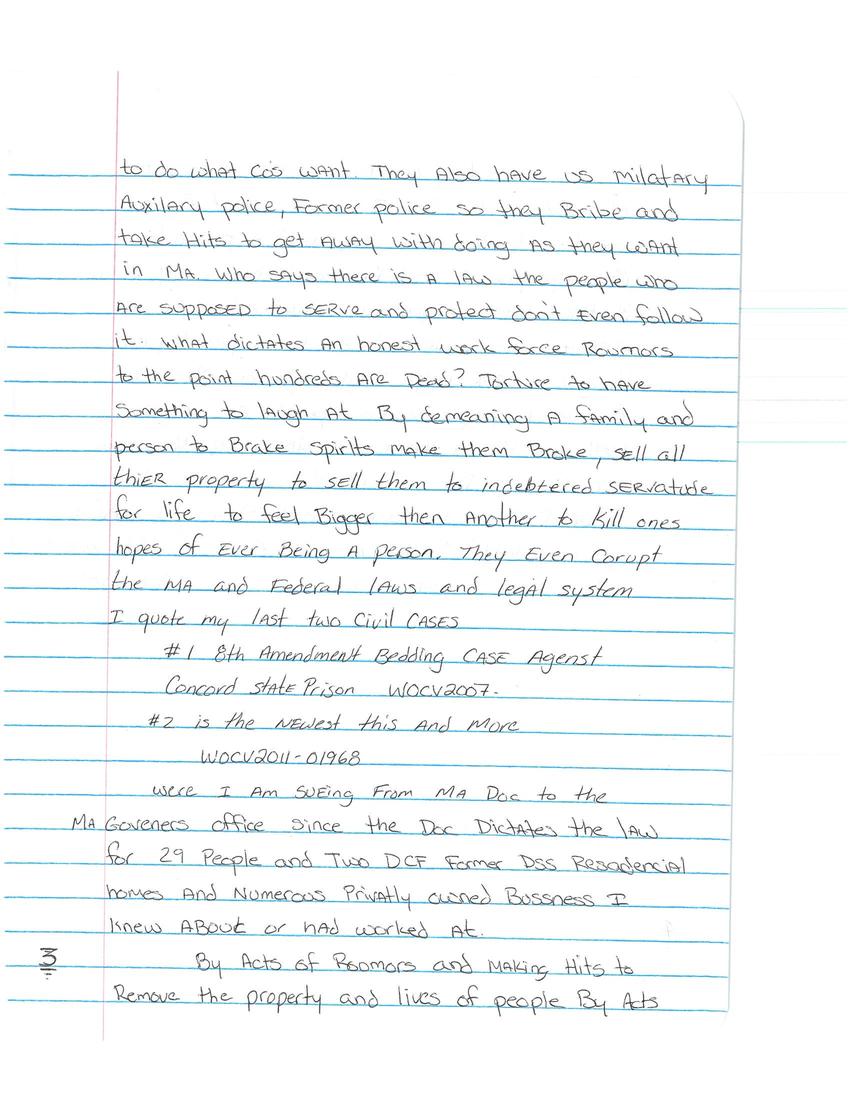 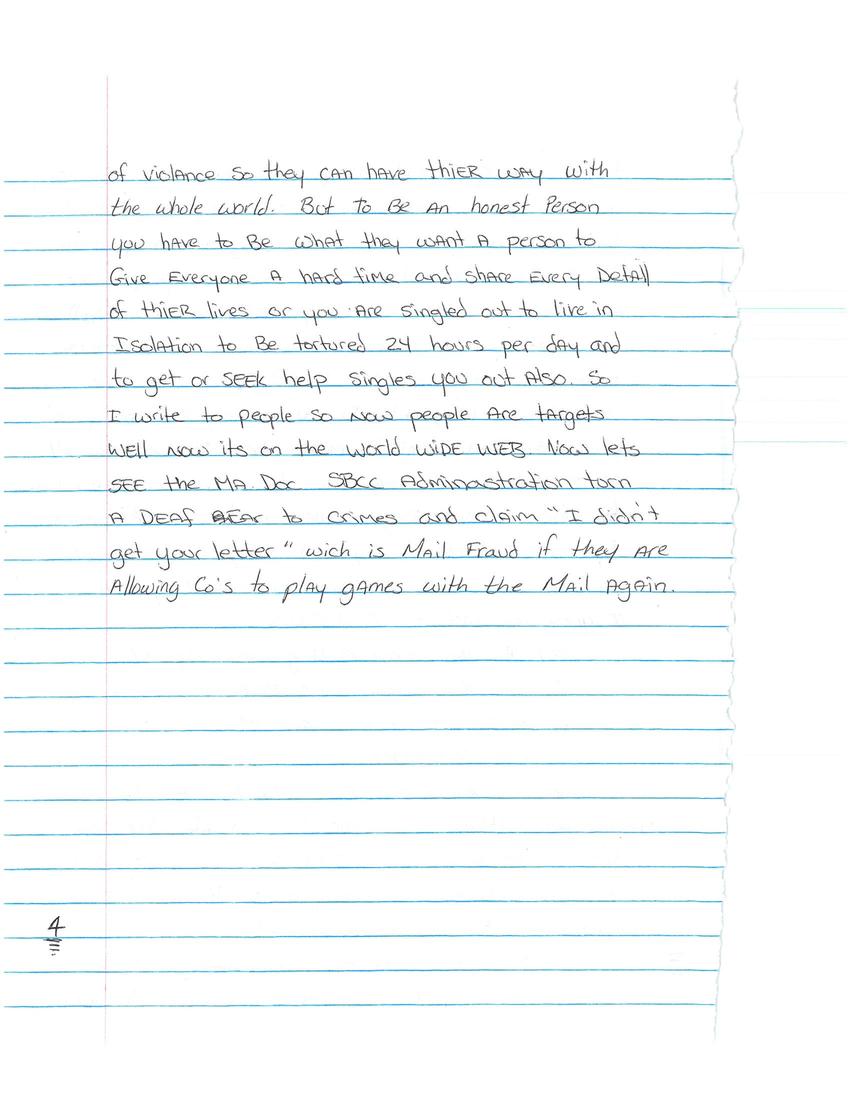 Furthermore, how do MA law regulators in the police department and courts, and that of administrations in the MA DOC sit by while things like this and crimes from CO's and associates happen against MA and US citizens to violate their rights and laws of the state, including homeland security, because of one person's crime and housing location in the prison that he is in?

Because they feel it's a "gaming server" to hurt, demean, and make people they don't like get killed or commit suicide by targeting any person, place, or thing about a person to be beaten, drugged, raped, robbed, and killed. Because of DOC employees sharing all of a person's information so they can die homeless and broke in prison to make a point that they own the world and will do what they want.

At this time to Coont East of 495 myself, I have personally counted [redacted] crimes against my family who have disowned me. And my ex who was violated because I used to date her. As the DOC thinks they own the world of prisoners because they are a union and need to take all the prisoners' families property to be a union. Family heirlooms for the union, for to know everything. Even against former and current DOC employees, these crimes range in variety to:

All of this stemming from one MA prison against one family because the MA DOC Co's do not get their way and cannot do what they want to prisoners to make sure they have to do what the CO's want. They also have US military auxiliary police, former police, so they bribe and take hits to get away with doing as they want in MA.

Who says there is a law? The people who are supposed to serve and protect don't even follow it. What dictates an honest workforce, rumors to the point that hundreds are dead? Torture to have something to laugh at by demeaning a family and person, to break spirits, make them broke, sell all their property, to sell them to indentured servitude for life, to feel bigger than another, to kill one's hopes of ever being a person.

They even corrupt the MA, and federal laws, and legal system. I quote my last two civil cases.

Where I am suing MA DOC to the MA Governor's office since the DOC dictates the law for 29 people and two DCF former DSS residential homes, and numerous privately owned businesses I knew about or had worked at. By acts of rumors and making hits to remove the property and lives, by acts of violence so they can have their way with the whole world.

But to be an honest person, you have to be what they want: a person to give everyone a hard time and share every detail of their lives, or you are singled out to live in isolation, to be tortured 24 hours per day, and to get or seek help, singles you out also. So I write to people. So now people are targets.

Well, now it's on the world wide web. Now let's see the MA DOC SBCC Administration turn a deaf ear to crimes and claim "I didn't get your letter," which is mail fraud if they are allowing CO's to play games with the mail again.