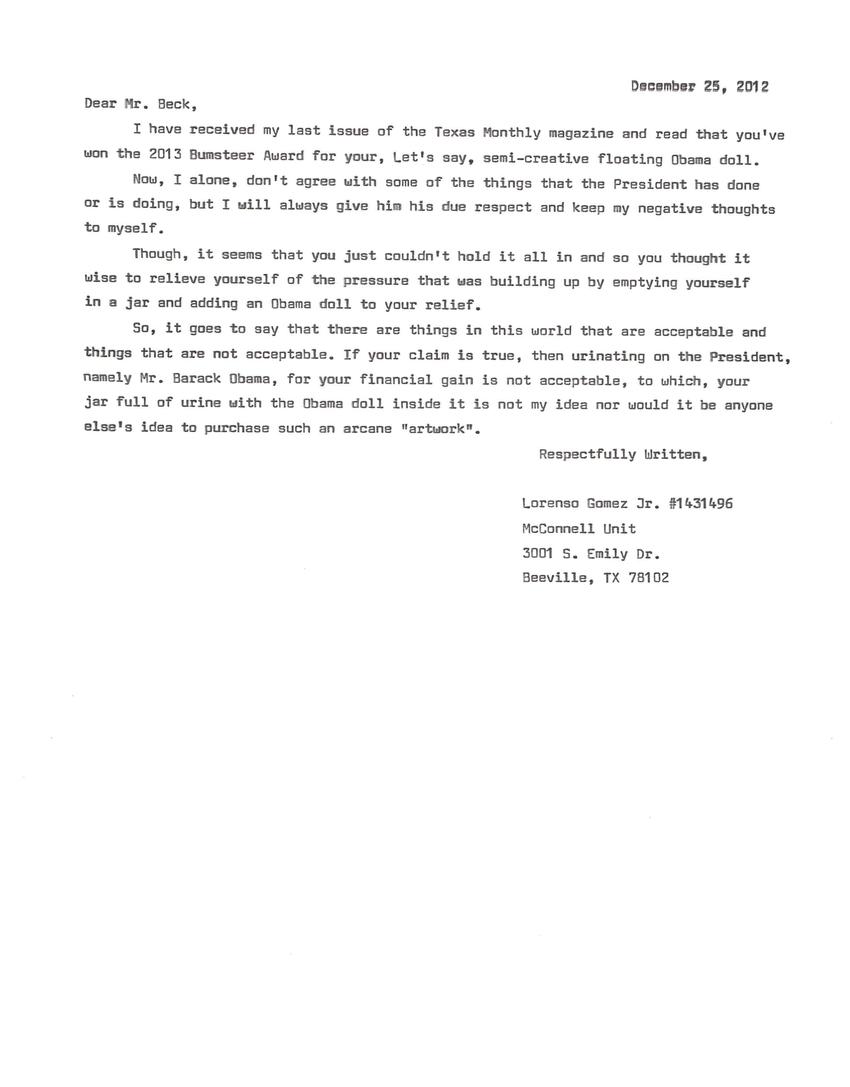 I have received my last issue of the Texas Monthly magazine and read that you've won the 2013 Bumsteer Award for your, let's say, semi-creative floating Obama doll.

Now, I alone don't agree with some of the things that the president has done or is doing, but I will always give him his due respect and keep my negative thoughts to myself.

Though, it seems that you just couldn't hold it all in and so you thought it wise to relieve yourself of the pressure that was building up by emptying yourself in a jar and adding an Obama doll to your relief .

So it goes to say that there are things in this world that are acceptable and things that are not acceptable. If your claim is true, then urinating on the president, namely Mr. Barack Obama, for your financial gain is not acceptable. To which, your jar full of urine with the Obama doll inside it is not my idea nor would it be anyone else's idea to purchase such an arcane "artwork."