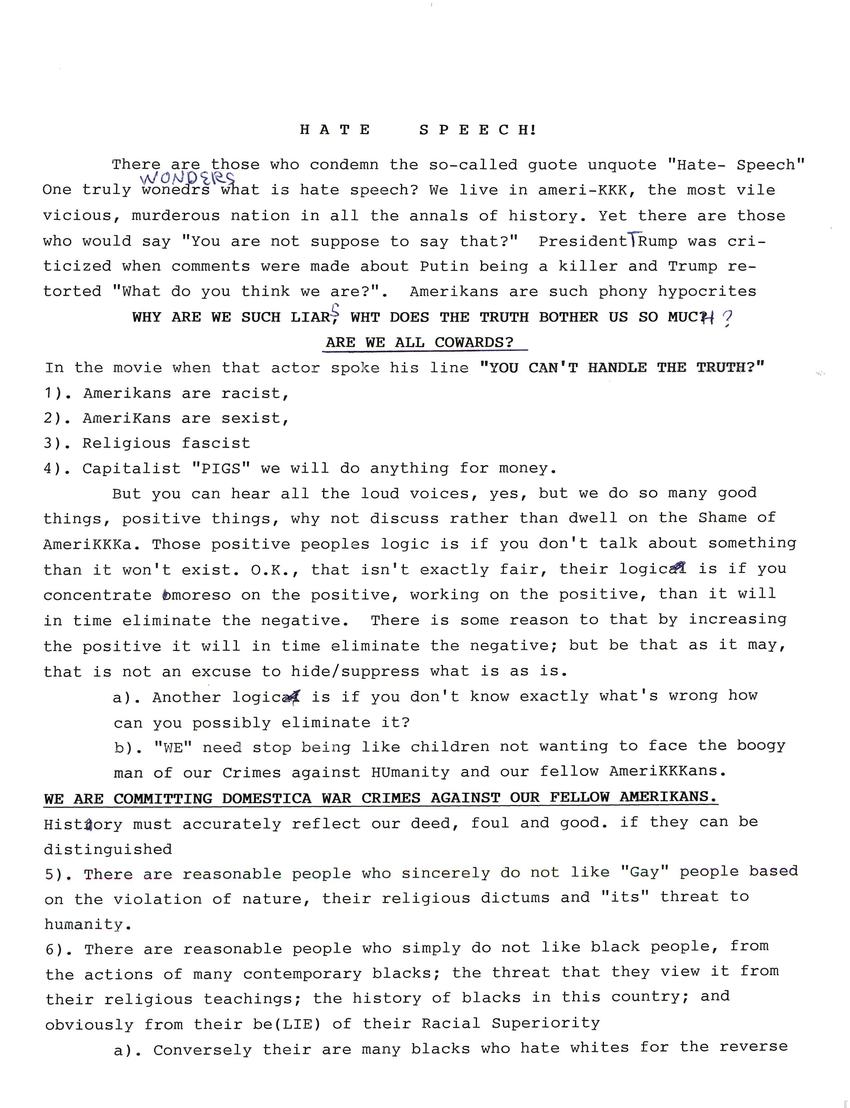 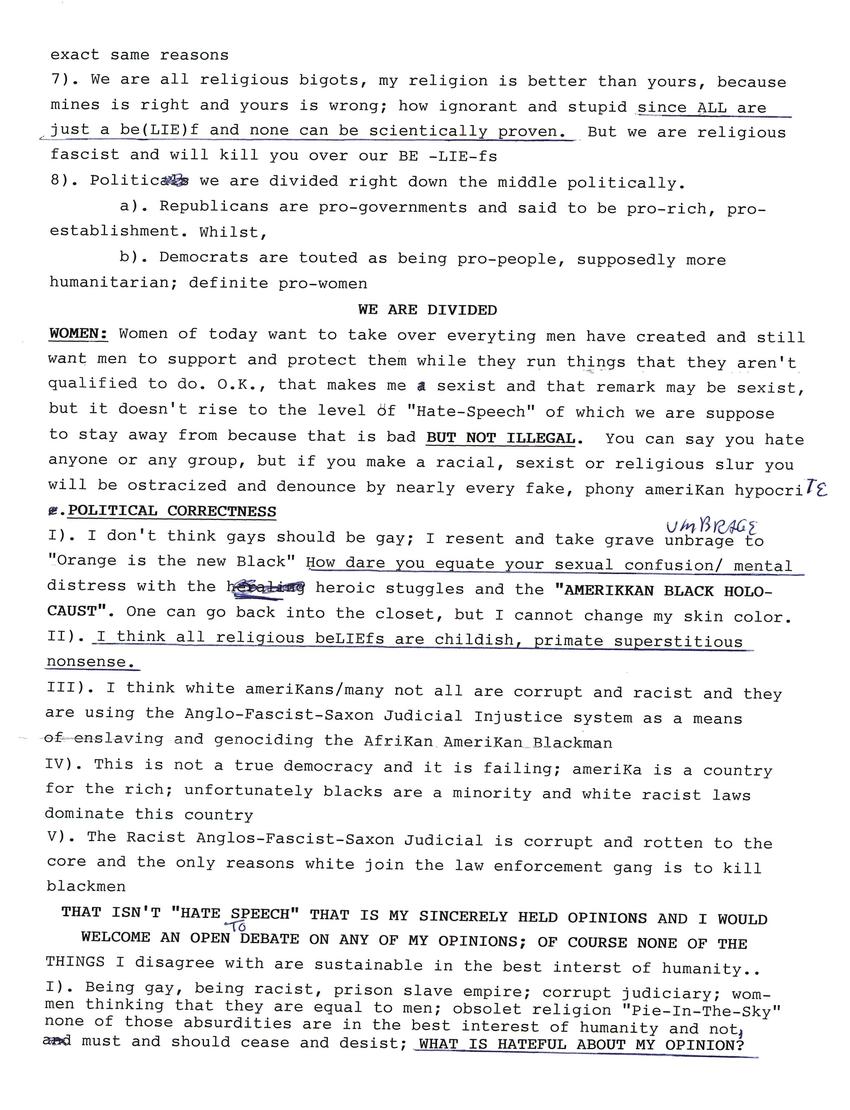 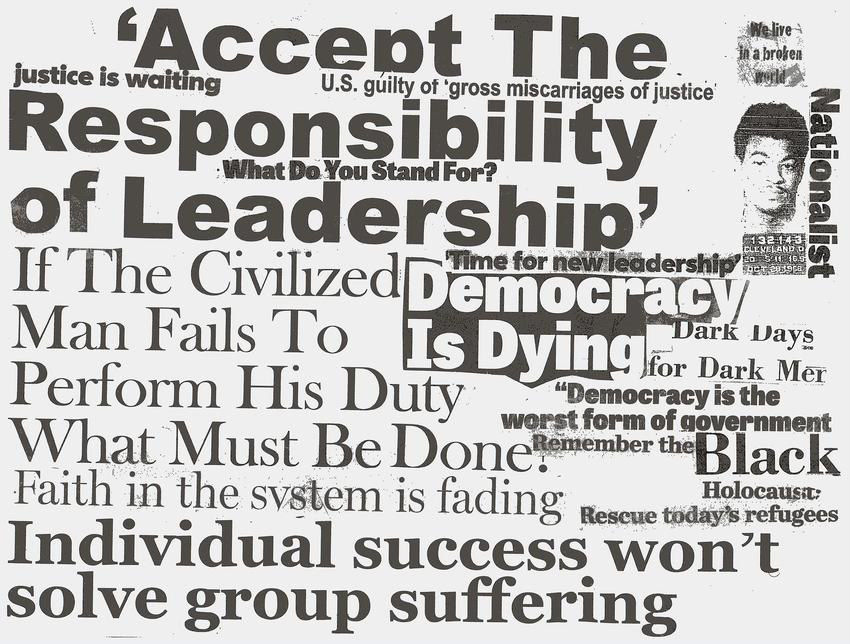 There are those who condemn the so-called quote unquote "Hate-Speech"
One truly wonders what is hate speech? We live in ameri-KKK, the most vile vicious, murderous nation in all the annals of history. Yet there are those who would say "You are not suppose to say that?" President Trump was criticized when comments were made about Putin being a killer and Trump retorted "What do you think we are?" Amerikans are such phony hypocrites

WHY ARE WE SUCH LIARS, WHAT DOES THE TRUTH BOTHER US SO MUCH?
ARE WE ALL COWARDS?
In the movie when that actor spoke his line "YOU CAN'T HANDLE THE TRUTH?"
1). Amerikans are racist,
2). AmeriKans are sexist,
3). Religious fascist
4). Capitalist "PIGS" we will do anything for money.

But you can hear all the loud voices, yes, but we do so many good things, positive things, why not discuss rather than dwell on the Shame of AmeriKKKa. Those positive people logic is if you don't talk about something than it won't exist. O.K., that isn't exactly fair, their logical is if you concentrate