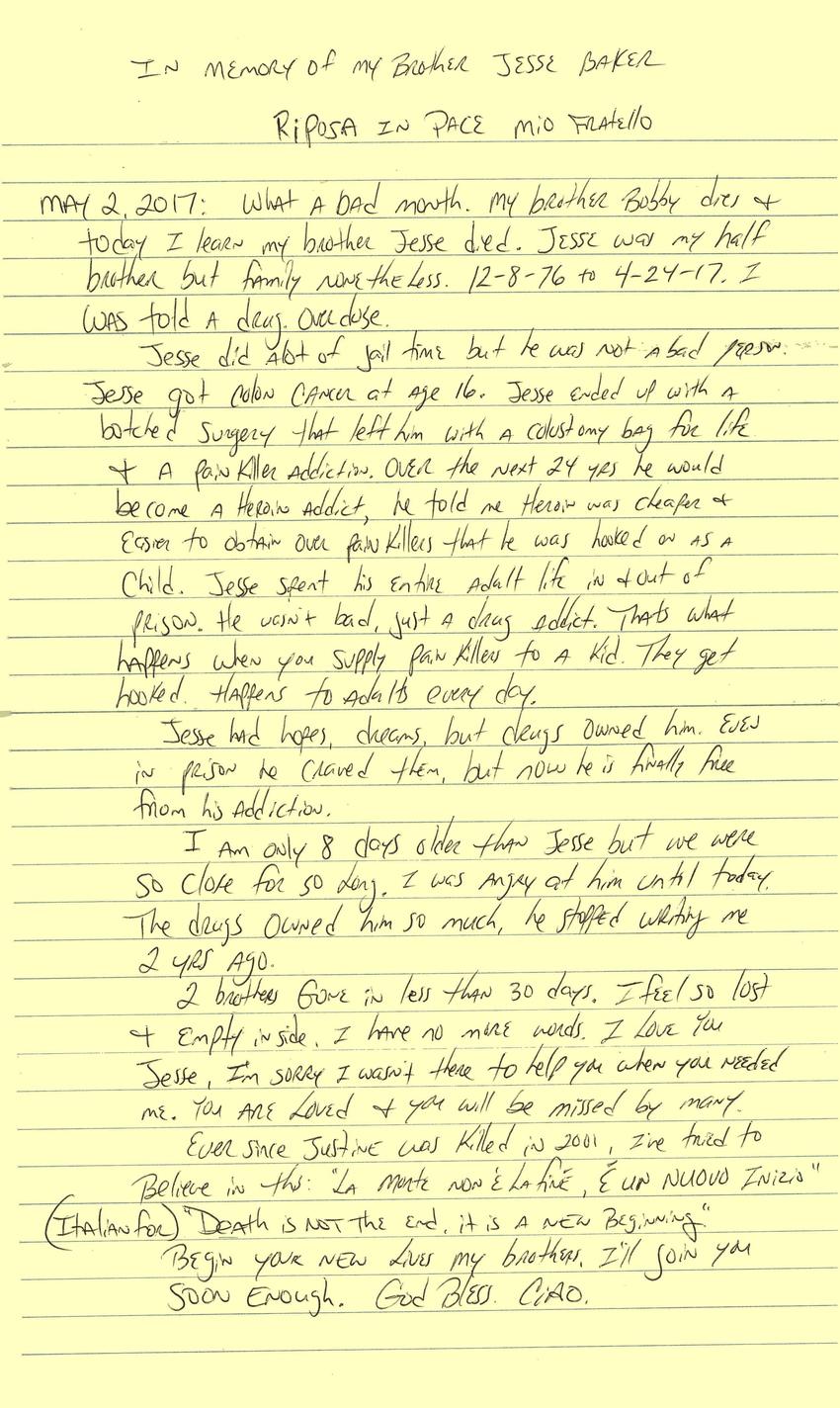 In Memory of My Brother Jesse Baker
Riposa in Pace Mio Fratello
May 2, 2017

What a BAD month. My brother Bobby dies and today I learn that my brother Jesse died. Jesse was my half-brother but family nonetheless. 12-8-76 to 4-24-17. I was told it was a drug overdose.

Jesse did a lot of jail time, but he was not a bad person. Jesse got colon cancer when he was 16. Jesse ended up with a botched surgery that left him with a colostomy bag for life and a painkiller addiction. Over the next 24 years, he would become a heroine addict. He told me heroine was cheaper and easier to obtain than painkillers that he was hooked on as a child. Jesse spent his entire adult life in and out of prison. He wasn't bad, just a drug addict. That's what happens when you supply painkiller to a kid: they get hooked. Happens to adults every day.

Jesse had hopes, dreams, but drugs owned him. Even in prison, he craved them. But now he is finally free from his addiction.

I am only eight days older than Jesse, but we were so close for so long. I was angry at him until today. The drugs owned him so much, he stopped writing me two years ago.

Two brothers gone in less than 30 days. I feel so lost and empty inside. I have no more words. I love you, Jesse. I'm sorry I wasn't there to help you when you needed me. You are loved and you will be missed by many.

Ever since Justine was killed in 2001, I've tried to believe in this: "La morté non é la fine, é un nuovo inicio" (Italian for: "Death is not the end, it is a new beginning"). Begin your new lives, my brothers. I'll join you soon enough.

Hey we wrote you a letter. Haven't sent it out yet but I'm sorry for your loss of Jesse. I hope that your ok. Bobby also died of a drug overdose. More information is in the letter. I haven't sent it yet because I need to send a picture and haven't had the time to get one. I know April was really hard but you seem strong. Take care.
Hey Rob, so sorry to hear about your recent string of bad luck. I can't believe you got put in the hole. I don't remember you having that happen before, but I could be wrong. Was it just because of the visiting requests involving your Mom? Wow, that seems so heartless.
I can't imagine what it's like to lose 2 brothers within a month. No matter how strained the relationships, family is family.I was a little confused when you said they were the last of your father's line. I tried to find if you had a Facebook site, and stumbled upon another Pezzeca, who talked about losing a brother, and possibly losing his mother and father soon. It sounded so much like your situation, but he never mentioned you or any other brothers, so I didn't know if he was related to you or not.
I hope the situation at the prison improves. I won't give you any pep-talk cliches about things improving, but really, things DO go in cycles...down, then up.
All the best, my friend. 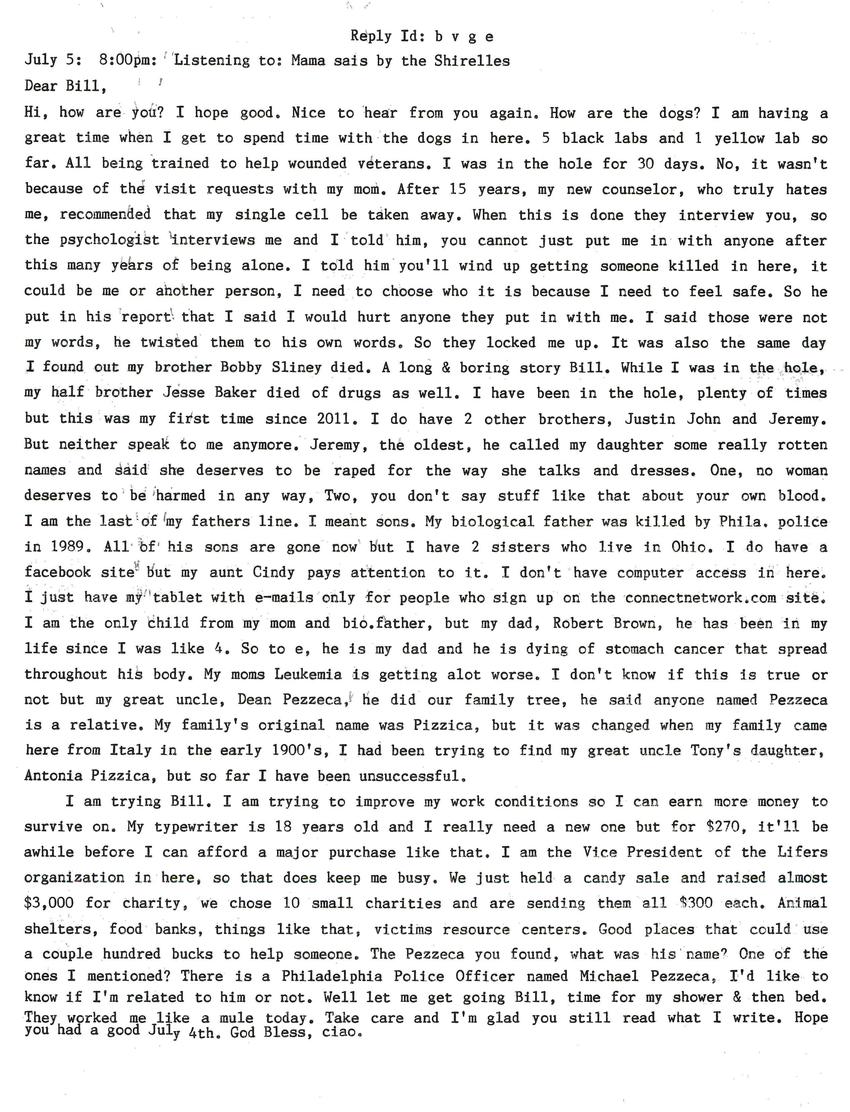