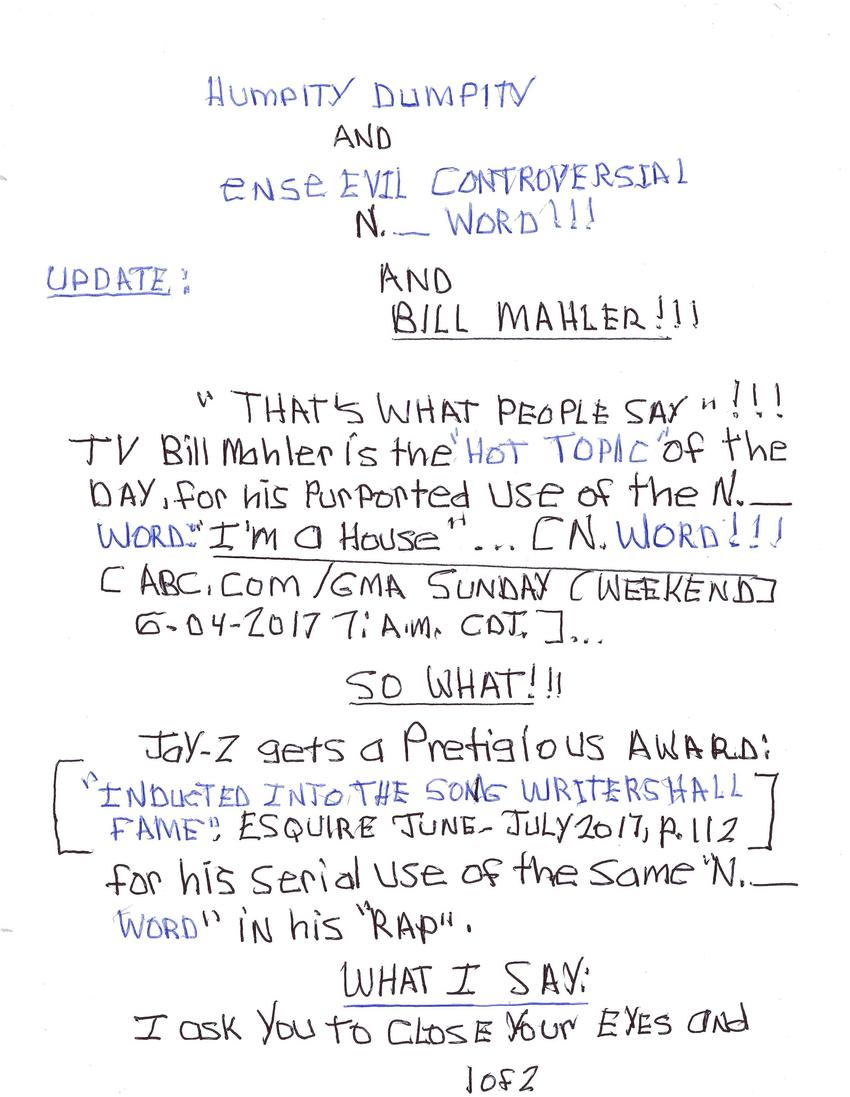 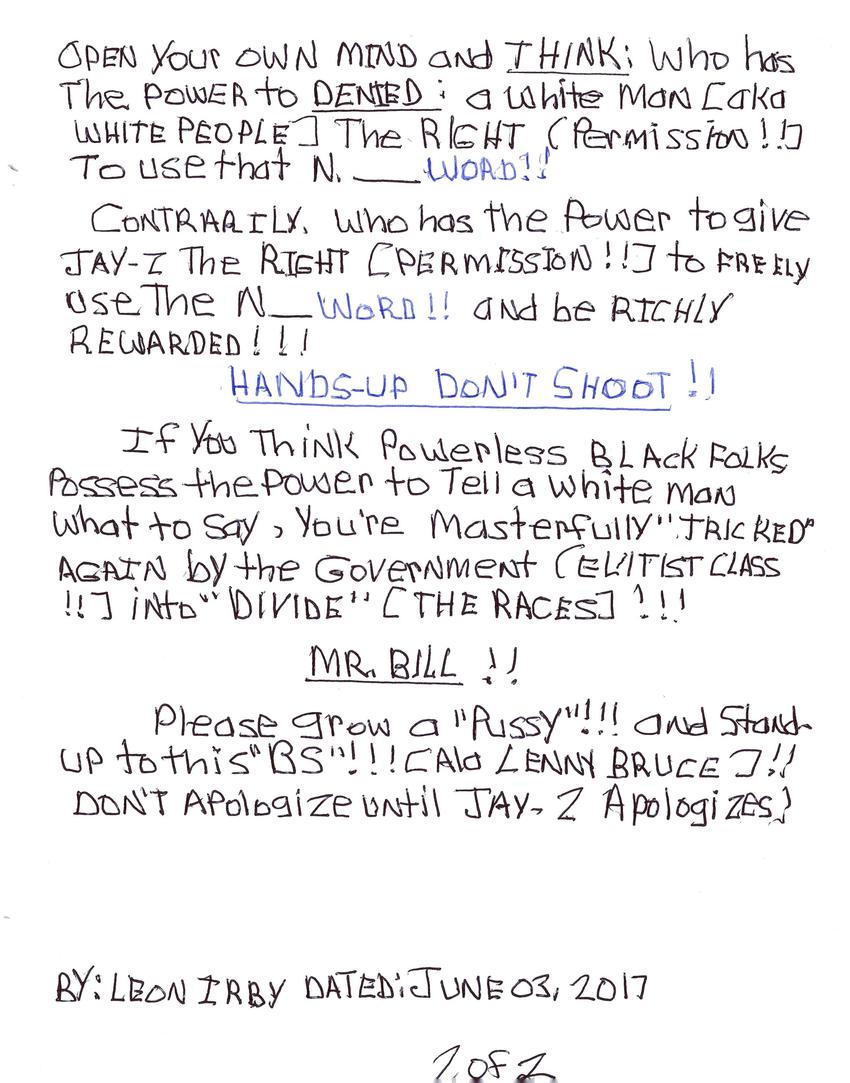 WHAT I SAY:
I ask you to close your eyes and open your own mind and think: who has the POWER to DENIED: a white man [aka WHITE PEOPLE] The RIGHT (permission!!] To use that N.___ WORD!!

Contrarily, who has the power to give Jay-Z the RIGHT [permission!!] to FREELY use the N____ WORD!! and be RICHLY REWARDED!!!

If you think powerless black folks possess the power to tell a white man what to say, you're masterfully "TRICKED" again by the government (ELITIST CLASS!!] into "DIVIDE" [THE RACES]!!!