I'd Say He Lost His Head! 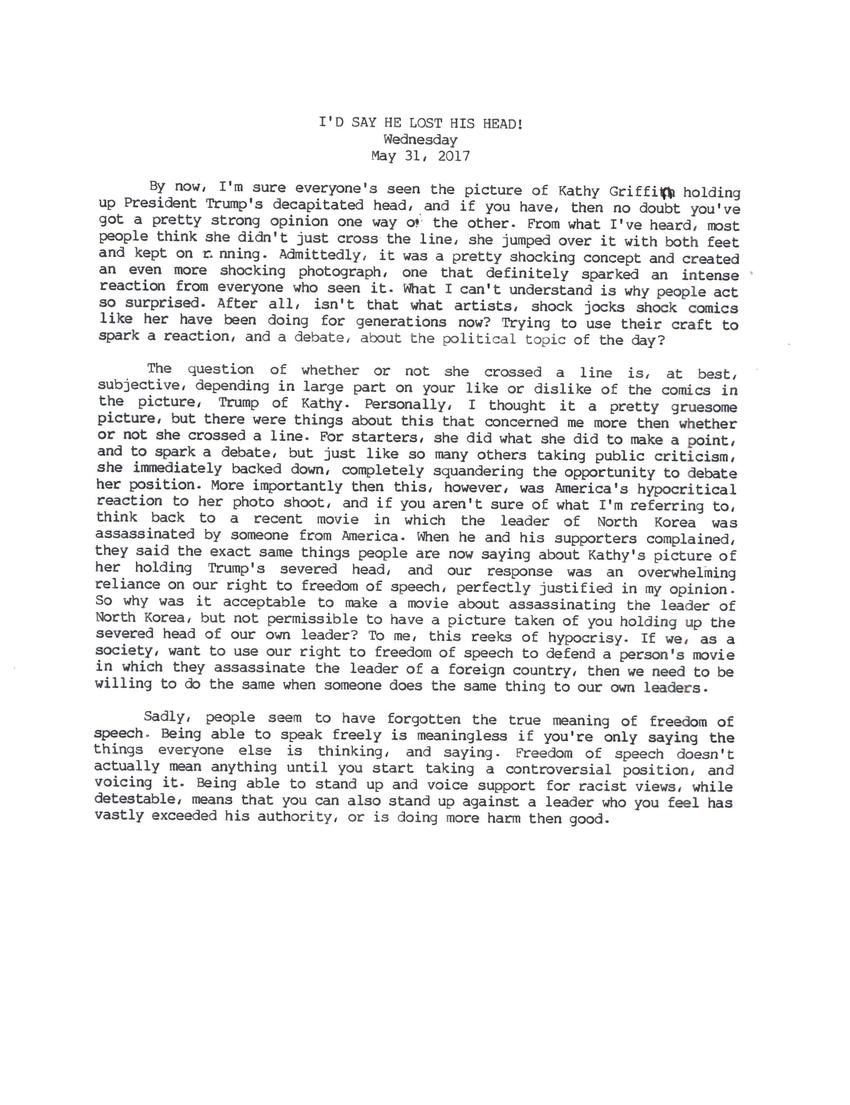 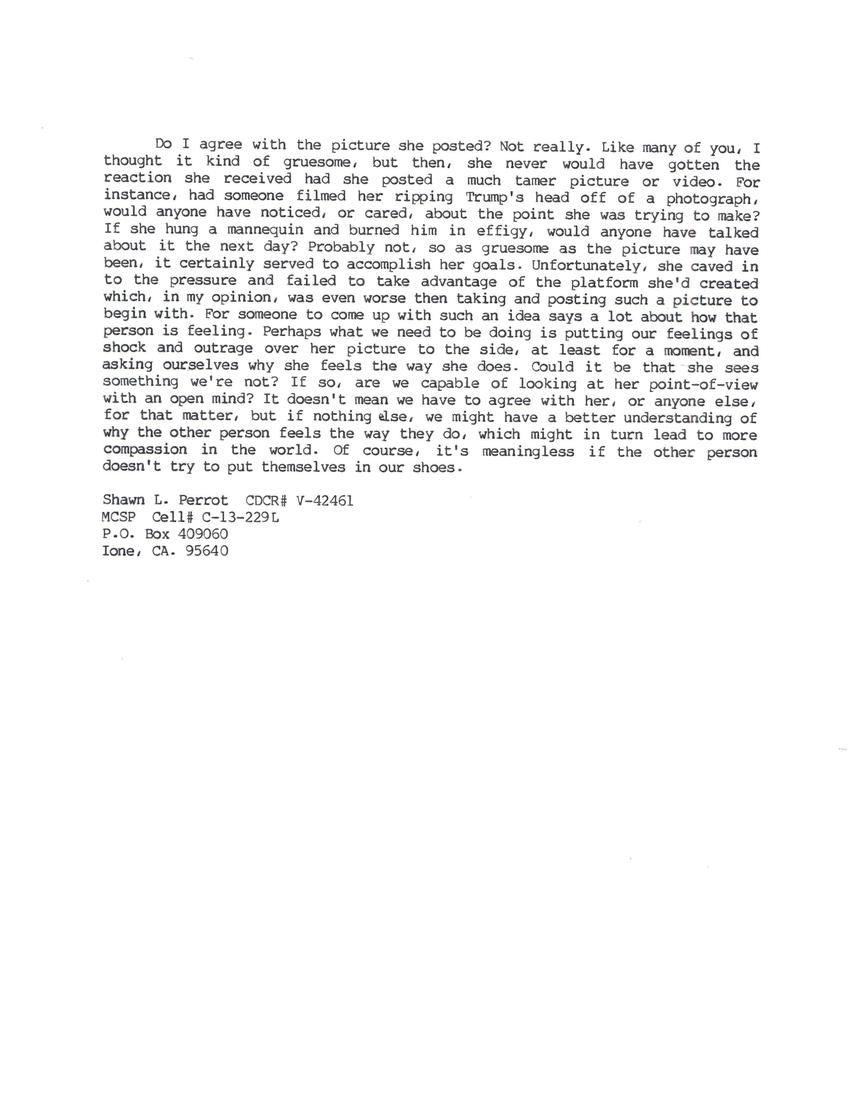 By now, I'm sure everyone's seen the picture of Kathy Griffin holding up President Trump's decapitated head, and if you have, then no doubt you've got a pretty strong opinion one way or the other. From what I've heard, most people think she didn't just cross the line, she jumped over it with both feet and kept on running. Admittedly, it was a pretty shocking concept and created an even more shocking photograph, one that definitely sparked an intense reaction from everyone who seen it. What I can't understand is why people act so surprised. After all, isn't that what artists, shock jocks shock comics like her have been doing for generations now? Trying to use their craft to spark a reaction, and a debate, about the political topic of the day?

The question of whether or not she crossed a line is, at best, subjective, depending in large part on your like or dislike of the comics in the picture, Trump of Kathy. Personally, I thought it a pretty gruesome picture, but there were things about this that concerned me more than whether or not she crossed a line. For starters, she did what she did to make a point, and to spark a debate, but just like so many others taking public criticism, she immediately backed down, completely squandering the opportunity to debate her position. More importantly than this, however, was America's hypocritical reaction to her photo shoot, and if you aren't sure of what I'm referring to, think back to a recent movie in which the leader of North Korea was assassinated by someone from America. When he and his supporters complained, they said the exact same things people are now saying about Kathy's picture of her holding Trump's severed head, and our response was an overwhelming reliance on our right to freedom of speech, perfectly justified in my opinion. So why was it acceptable to make a movie about assassinating the leader of North Korea, but not permissible to have a picture taken of you holding up the severed head of our own leader? To me, this reeks of hypocrisy. If we, as a society, want to use our right to freedom of speech to defend a person's movie in which they assassinate the leader of a foreign country, then we need to be willing to do the same when someone does the same thing to our own leaders.

Sadly, people seem to have forgotten the true meaning of freedom of speech. Being able to speak freely is meaningless if you're only saying the things everyone else is thinking, and saying. Freedom of speech doesn't actually mean anything until you start taking a controversial position, and voicing it. Being able to stand up and voice support for racist views, while detestable, means that you can also stand up against a leader who you feel has vastly exceeded his authority, or is doing more harm than good.

Do I agree with the picture she posted? Not really. Like many of you, I thought it kind of gruesome, but then, she never would have gotten the reaction she received had she posted a much tamer picture or video. For instance, had someone filmed her ripping Trump's head off of a photograph, would anyone have noticed, or cared, about the point she was trying to make? If she hung a mannequin and burned him in effigy, would anyone have talked about it the next day? Probably not, so as gruesome as the picture may have been, it certainly served to accomplish her goals. Unfortunately, she caved in to the pressure and failed to take advantage of the platform she'd created which, in my opinion, was even worse than taking and posting such a picture to begin with. For someone to come up with such an idea says a lot about how that person is feeling. Perhaps what we need to be doing is putting our feelings of shock and outrage why she feels the way she does. Could it be that she sees something we're not? If so, are we capable of looking at her point-of-view with an open mind? It doesn't mean we have to agree with her, or anyone else, for that matter, but if nothing else, we might have a better understanding of why the other person feels the way they do, which might in turn lead to more compassion in the world. Of course, it's meaningless if the other person doesn't try to put themselves in our shoes.