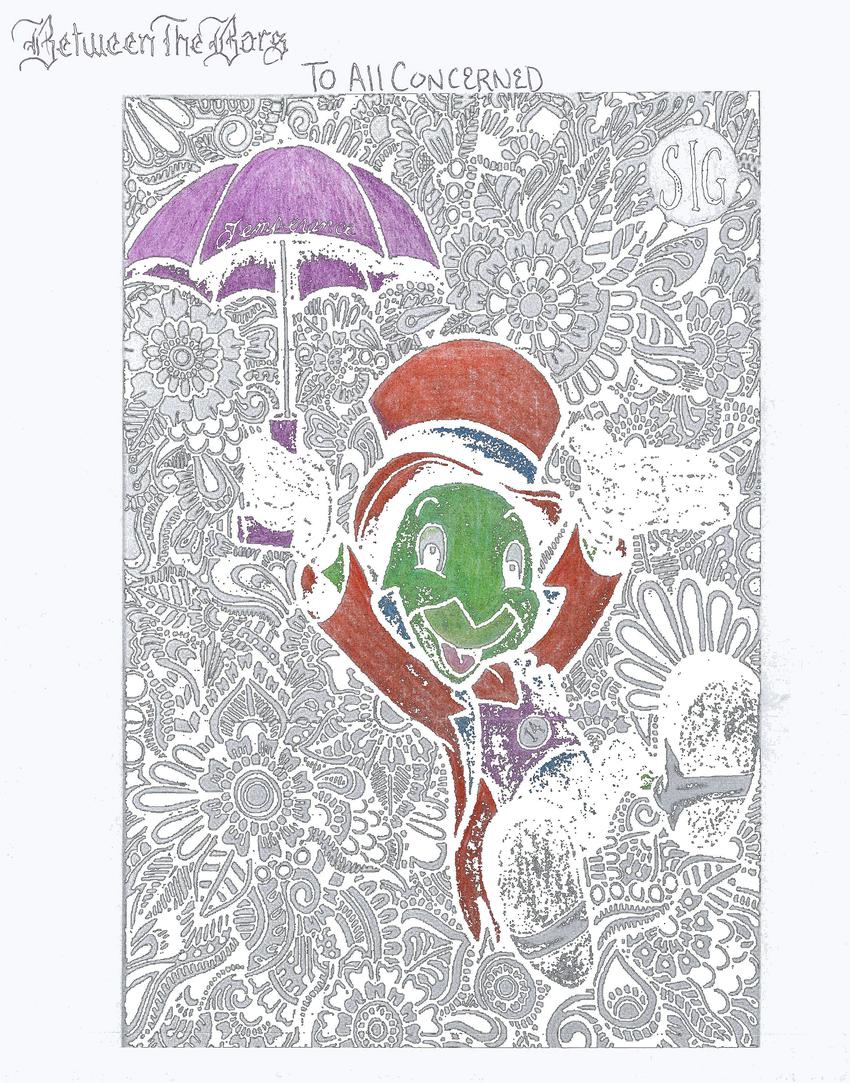 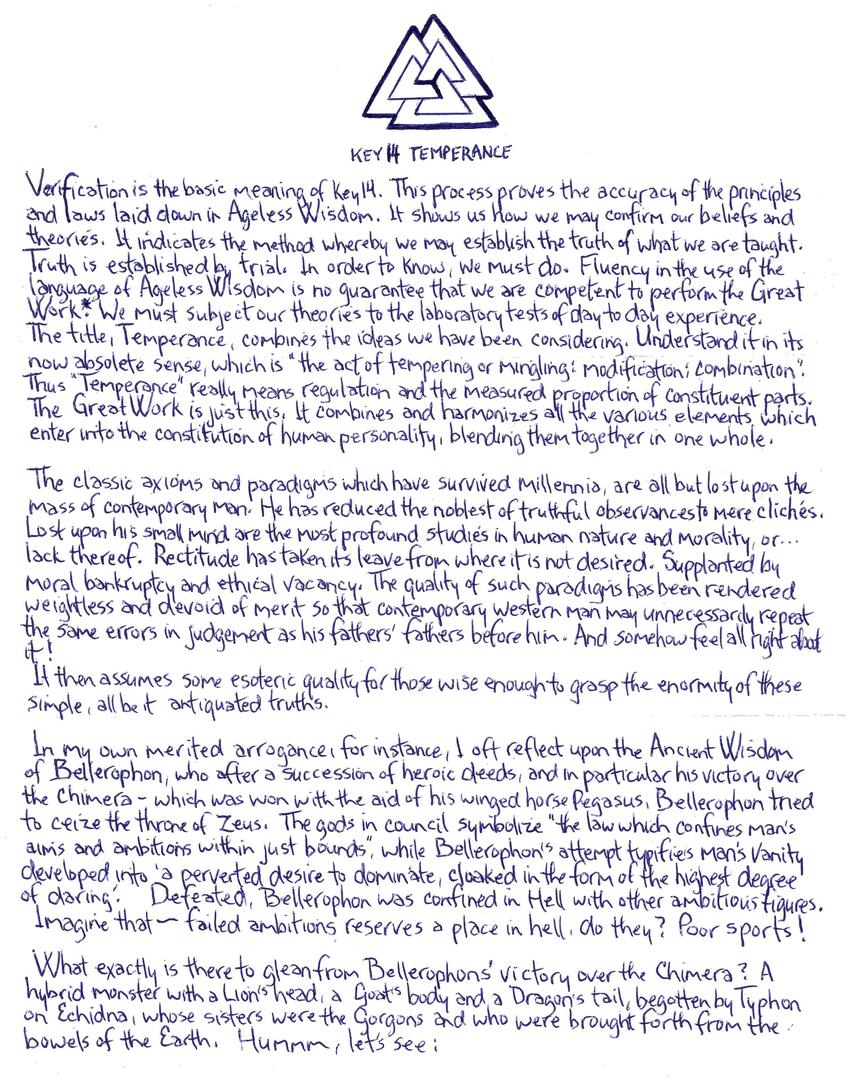 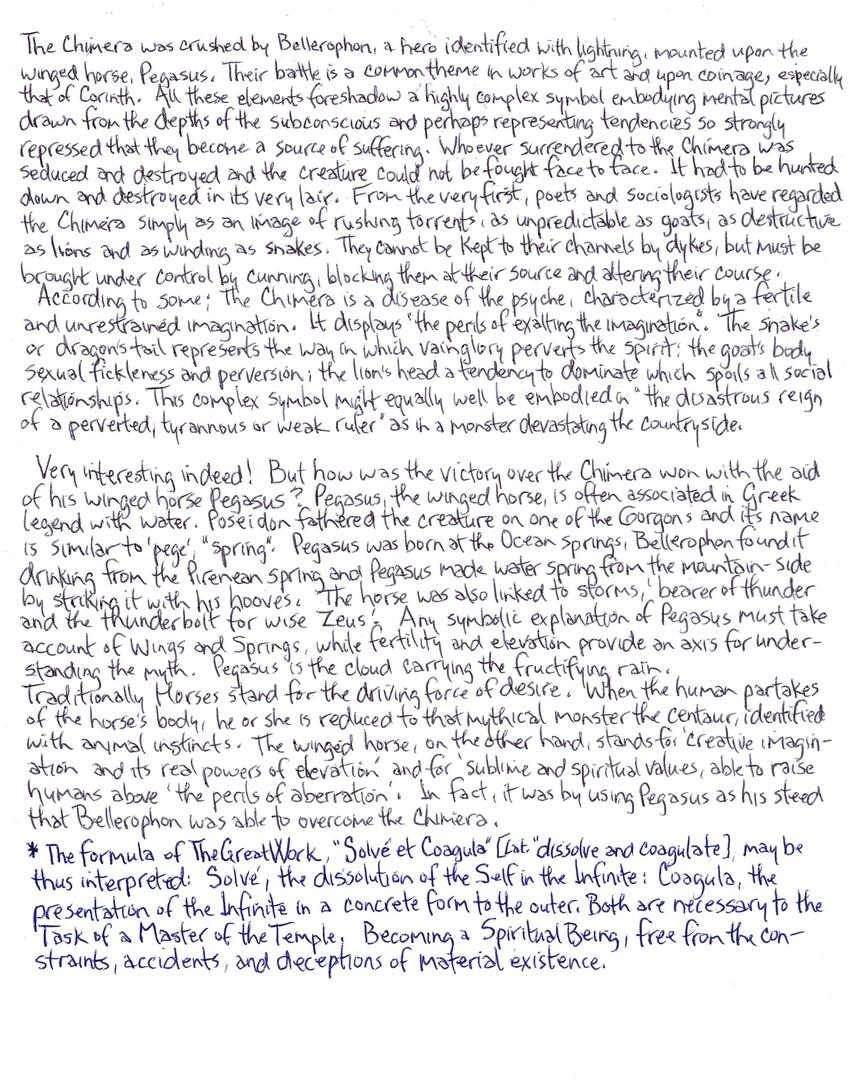 Verification is the basic meaning of Key 14. This process proves the accuracy of the principles and laws laid down in Ageless Wisdom. It shows us how we may confirm our beliefs and theories. It indicates the method whereby we may establish the truth of what we are taught. Truth is established by trial. In order to know, we must do. Fluency in the use of the language of Ageless Wisdom is no guarantee that we are competent to perform the Great Work*. We must subject our theories to the laboratory tests of day to day experience. The title, Temperance, combines the ideas we have been considering. Understand it in its now absolete sense, which is "the act of tempering or mingling; modification; combination". Thus "Temperance" really means regulation and the measured proportion of constituent parts. The Great Work is just this, It combines and harmonizes all the various elements which enter into the constitution of human personality, blending them together in one whole.

The classic axioms and paradigms which have survived Millennia, are all but lost upon the mass on contemporary man. He has reduced the noblest of truthful observances to mere clichés. Lost upon his small mind are the most profound studies in human nature and morality, or... lack thereof. Rectitude has taken its leave from where it is not desired. Supplanted by moral bankruptcy and ethical vacancy. The quality of such paradigms has been rendered weightless and devoid or merit so that contemporary western man may unnecessarily repeat the same errors in judgement as his fathers' fathers before him. And somehow feel all right about it!
It then assumes some esoteric quality for those wise enough to grasp the enormity of these simple, all be in antiquated truths.

In my own merited arrogance, for instance, I oft reflect upon the Ancient Wisdom of Bellerophon, who after a succession of heroic deeds, and in particular his victory over the chimera - which was won with the aid of his winged horse Pegasus, Bellerophon tried to seize the throne of Zeus. The gods in council symbolize "the law which confines man's aims and ambitions within just bounds", while Bellerophon's attempt typifies man's vanity developed into 'a perverted desire to dominate. cloaked in the form of the highest degree of daring'. Defeated, Bellerophon was confined in Hell with other ambitious figures. Imagine that - failed ambitions reserves a place in hell, do they? Poor sports!

What exactly is there to glean from Bellerophon's victory over the chimera? A hybrid monster with a Lion's head, a Goat's body and a Dragon's tail, begotten by Typhon on Echidna, whose sisters were the Gorgons and who were brought forth from the bowels of the Earth. Hummm, let's see:

The Chimera was crushed by Bellerophon, a hero identified with lightning, mounted upon the winged horse, Pegasus. Their battle is a common theme in work of art and upon coinage, especially that of Corinth. All these elements foreshadow a highly complex symbol embodying mental pictures drawn from the depths of the subconscious and perhaps representing tendencies so strongly repressed that they become a source of suffering. Whoever surrended to the Chimera was seduced and destroyed and the creature could not be fought face to face. It had to be hunted down and destroyed in its very lair. From the very first, poets and sociologists have regarded the Chimera simply as an image of rushing torrents, as unpredictable as goats, as destructive as lions and as winding as snakes. They cannot be kept to their channels by dykes, but must be brought under control by cunning, blocking them at their source and altering their course.
According to some; The Chimera is a disease of the psyche, characterized by a fertile and unrestrained imagination. It displays "the perils of exalting the imagination". The snake's or dragon's tail represents the way in which vain glory perverts the spirit; the goat's body sexual fickleness and perversion; the lion's head a tendency to dominate which spoils all social relationships. This complex symbol might equally well be embodied in "the disastrous reign of a perverted, tyrannous or weak ruler" as in a monster devastating the countryside.

Very interesting indeed! But how was the victory over the Chimera won with the aid of his winged horse Pegasus? Pegasus, the winged horse, is often associated in Greek legend with water. Poseidon fathered the creature on one of the Gorgons and its name is similar to 'pege', "spring". Pegasus was born at the Ocean Springs, Bellerophon found it drinking from the Pirenean Spring and Pegasus made water spring from the mountain-side by striking it with his hooves. The horse was also linked to storms, 'bearer of thunder and the thunderbolt for wise Zeus'. Any symbolic explanation of Pegasus must take account of Wings and Springs, while fertility and elevation provide an axis for understanding the myth. Pegasus is the cloud carrying the fructifying rain.
Traditionally Horses stand for the driving force of desire. When the human partakes of the horse's body, he or she is reduced to that mythical monster the centaur, identified with animal instincts. The winged horse, on the other hand, stands for 'creative imagination and its real powers of elevation' and for 'sublime and spiritual values, able to raise humans above 'the perils of aberration'. In fact, it was by using Pegasus as his steed that Bellerophon was able to overcome the Chimera.

*The formula of The Great Work, "Solve et Coagula" [Lat. dissolve and coagulate] may be thus interpreted: Solve, the dissolution of the Self in the Infinite: Coagula, the presentation of the Infinite in a concrete form to the outer. Both are necessary to the Task of a Master of the Temple. Becoming a Spiritual Being, free from the constraints, accidents, and deceptions of material existence.

Hello WG: This is a great post. Thank you for putting there. For those who need more understanding I am posting a bit more to appreciate Will's wonderful thoughts.
ML
Erne
XIV
“”Temperance Tarot Card Meanings
So many of the Tarot cards (seemingly all of them to one extent or another), deal with balance and its importance in our lives. Yes, certainly the Temperance Tarot card meanings are about balance. But there's more to it than that.
We have to be thoughtful in our approach to this card because its meaning won't hit us over the head like a ton of bricks. Rather, it's a subtle card that whispers in our ear "come closer."
Key Words for the Temperance Tarot Card Meanings
• Merging
• Balance
• Healing
• Blending
• Connection
• Chemistry
• Fluidity
• Moderation
As we lean in closer to hear with our spiritual ears exactly what Temperance has to say - we find we aren't listening for words at all. What we hear is the tranquil waters running through our spirits. These are cleansing rivers that run through our energies, providing us with peace and healing. Imagine you are diving into these crystal-clear waters. Diving in is an act of connecting to our source and by connecting we find rejuvenation in the rhythmic flow of healing waters moving through us. Mesmerizing, isn't it?
There is a lot of power in this card, and the "flow" is the source of that power. The Temperance card is a call for us to recognize the flow in our own lives, and observe the nature of energy. When we pull this card in a reading it is an indication that a healing is in need or is taking place. It is also a sign that subtle shifts are or need to take place in order to gain that peaceful scene we see pictured in this card.
When we quietly and objectively investigate our life's path we begin to see patterns. Temperance encourages us to take these patterns and find a good balance in our lives. Envision the flowing waters of this card and see all the imbalance drifting away in your life. When moderation is put into play, and we connect with a natural flow, then healing begins to occur at all levels.
The keyword chemistry is included here because Temperance deals with mixing the right ingredients in our lives in order to flow easily upon the path of our choosing. It takes a little time to balance the load just right, but once we do we experience some tremendous breakthroughs in our progress.
On a more day-to-day level the Temperance card often indicates a commitment to sobriety, a healing taking place, a need for emotional stability, and a need for self-love. Very often spiritual seekers will pull this card as a promise of new growth after they've experienced spiritual "drought."
Key Symbols Relative to Temperance Tarot Card Meanings:
This section focuses in on a few select symbols that can help us further define the Temperance Tarot card meanings.
Cups: The cups transferring the waters here are a symbol of finding the right mix, keeping in motion, and going with the flow. The cups and the water have also been thought as a biblical symbol reminiscent of Christ turning water into wine. The symbolism here is that we are able to transform any situation into something different by our tempering our thoughts and actions in such a way as to bring about the results we desire.
.
Feet: Feet are symbolic of a pilgrimage, and make reference to our spiritual walk. The right foot (consciousness) is dipped into the water which is symbolic of the subconscious. This is a signal that our analytical minds need to be hushed for a bit. The left foot (unconsciousness) is settled on land which is a signal to ground ourselves. Again - this card is all about balance. As we align our mind, body and spirit we begin to see amazing results in our lives.
.
Triangle: In Ancient Egypt, the Triangle was seen as a symbol of intelligence and indicated the capacity for love. The Buddhists utilize this geometric pattern in the Sri Yantra mandala as a tool to invoke the energy of love. The triangle also deals with the love represented in the mother, father, child union as well as the holy trinity. As mentioned earlier, as a graphic representation of an inverted triangle, it symbolizes a vessel in which love is poured or carried. Additionally, this symbol has long been recognized as a sign of balance and creativity.

When contemplating the Temperance Tarot card meanings, ask yourself the following questions:
Do you go with the flow, or do you struggle with change?

What can you do to create more peace and balance in your life?

Are you on a life path that forks in the road? Are you torn between two paths?

What thoughts, beliefs or actions can you merge together to create harmony in your life?

What would it take for you to get just the right mix or find a happy-medium in your life?

Are you concerned about your health? If so, what steps can you take to strike a healthy balance?
20 June 17 Yes William:
I just re-read your post 3 times. It is so very spot on. I have never read anyone's writing like you write. I absolutely love how you can assimulate data and write so eloquently. You have worked very hard on all the courses you have done since exiled. Plus.
As I mentioned in a card to you. You are a Teacher, and Educator and incredible Being. The more you understand the more you raise your vibrations to change the condition you are in and other beings conditions. I admire your abilities. Thank your for posting. I am not in to Tarot Cards but truly get your signicance here. . . Well said. xo ML, Erne
Thanks for writing! I finished the transcription for your post.