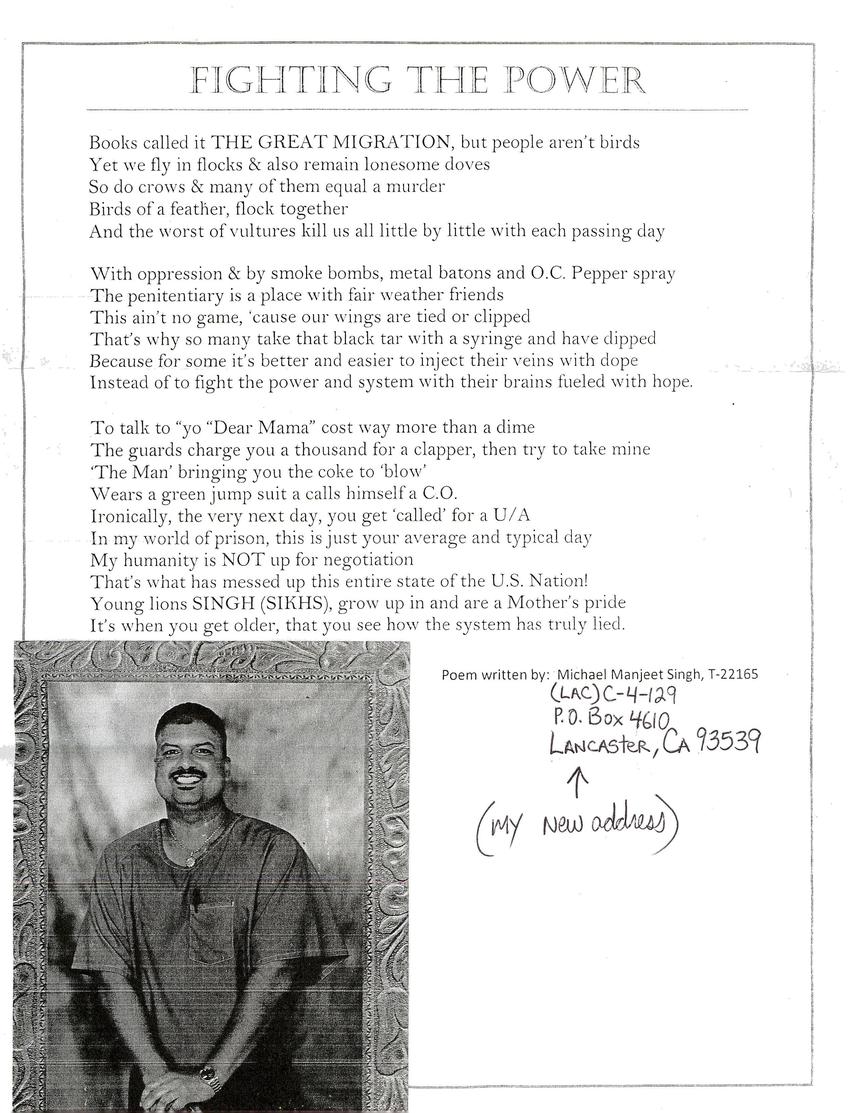 Books called it THE GREAT MIGRATION, but people aren't birds
Yet we fly in flocks & also remain lonesome doves
So do crows & many of them equal a murder
Birds of a feather, flock together
And the worst of vultures kill us all little by little with each passing day

With oppression & by smoke bombs, metal batons and O.C. Pepper spray
The penitentiary is a place with fair weather friends
This ain't no game, 'cause our wings are tied or clipped
That's why so many take that black tar with a syringe and have dipped
Because for some it's better and easier to inject their veins with dope
Instead of to fight the power and system with their brains fuelled with hope.

To talk to "yo "Dear Mama" cost way more than a dime
The guards charge you a thousand for a clapper, then try to take mine
'The Man' bringing you the coke to 'blow'
Wears a green jump suit a calls himself a C.O.
Ironically, the very next day, you get 'called' for a U/A
In my world of prison, this is just your average and typical day
My humanity is NOT up for negotiation
That's what has messed up this entire state of the U.S. Nation!
Young lions SINGH (SIKHS), grow up in and are a Mother's pride
It's when you get older, that you see how the system has truly lied.