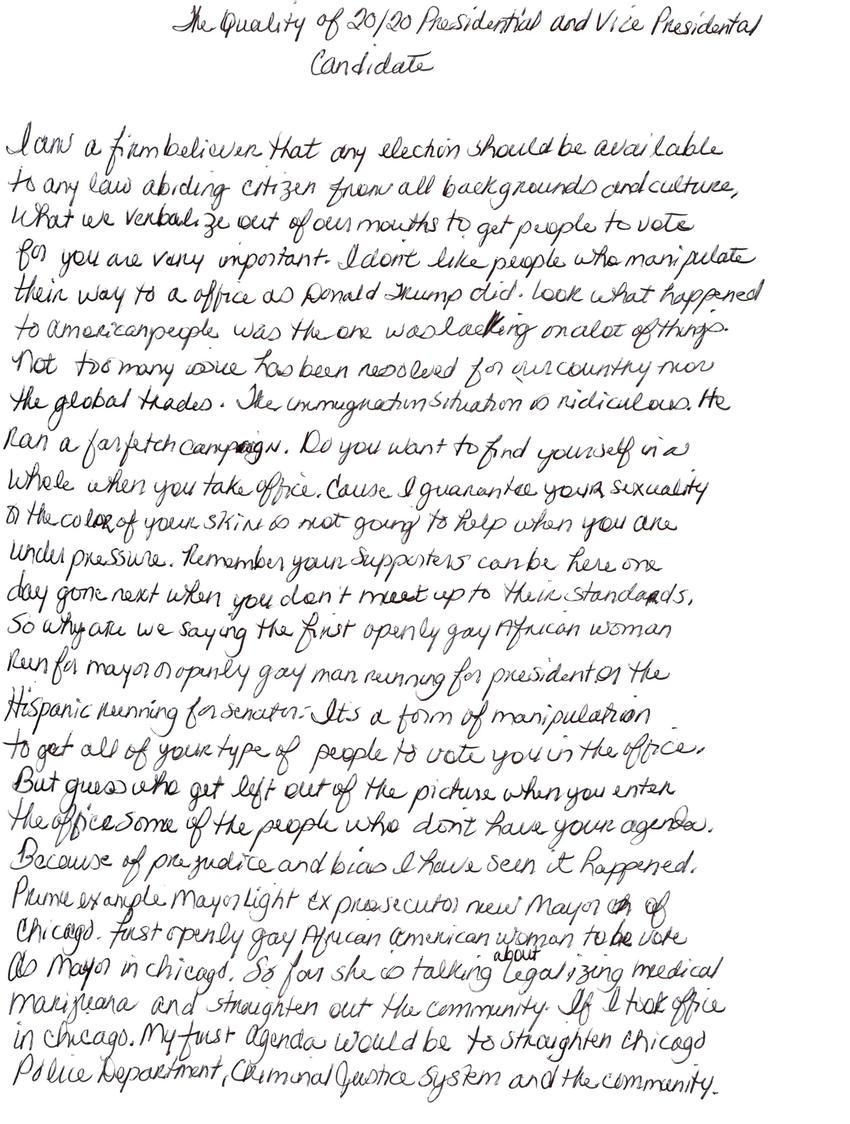 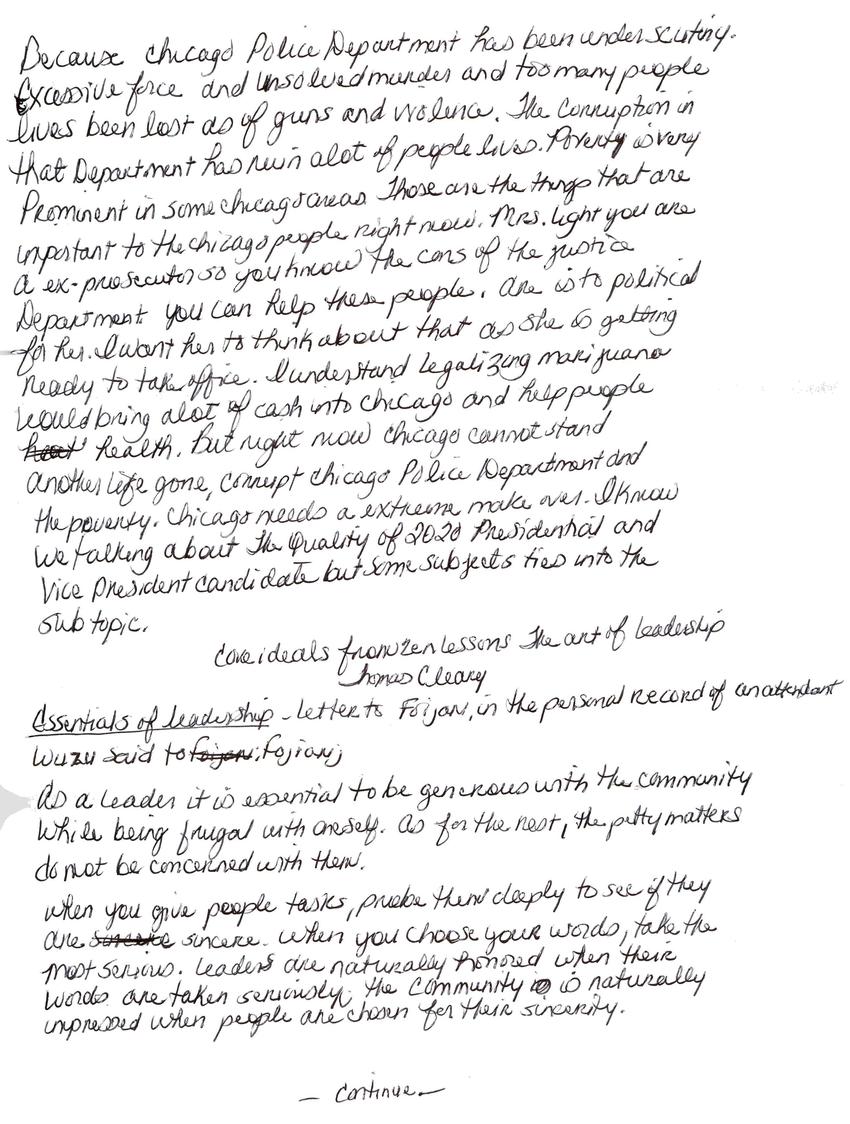 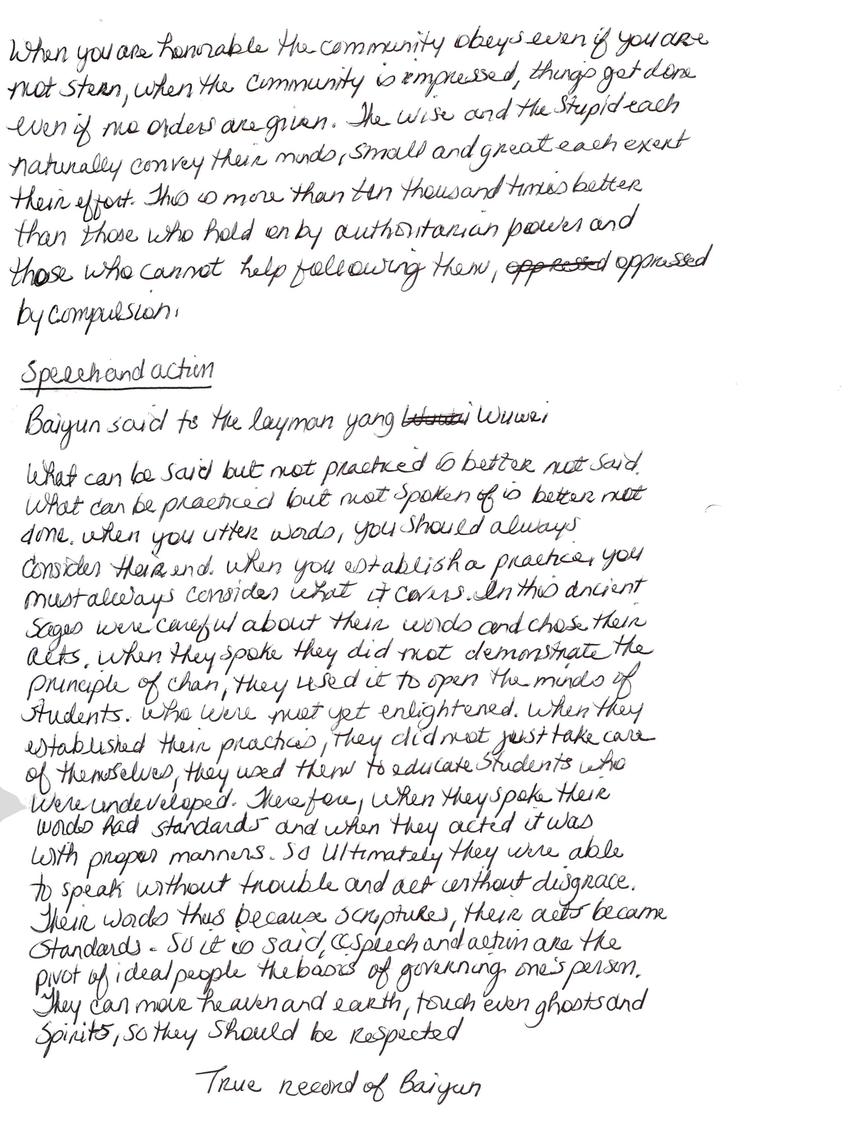 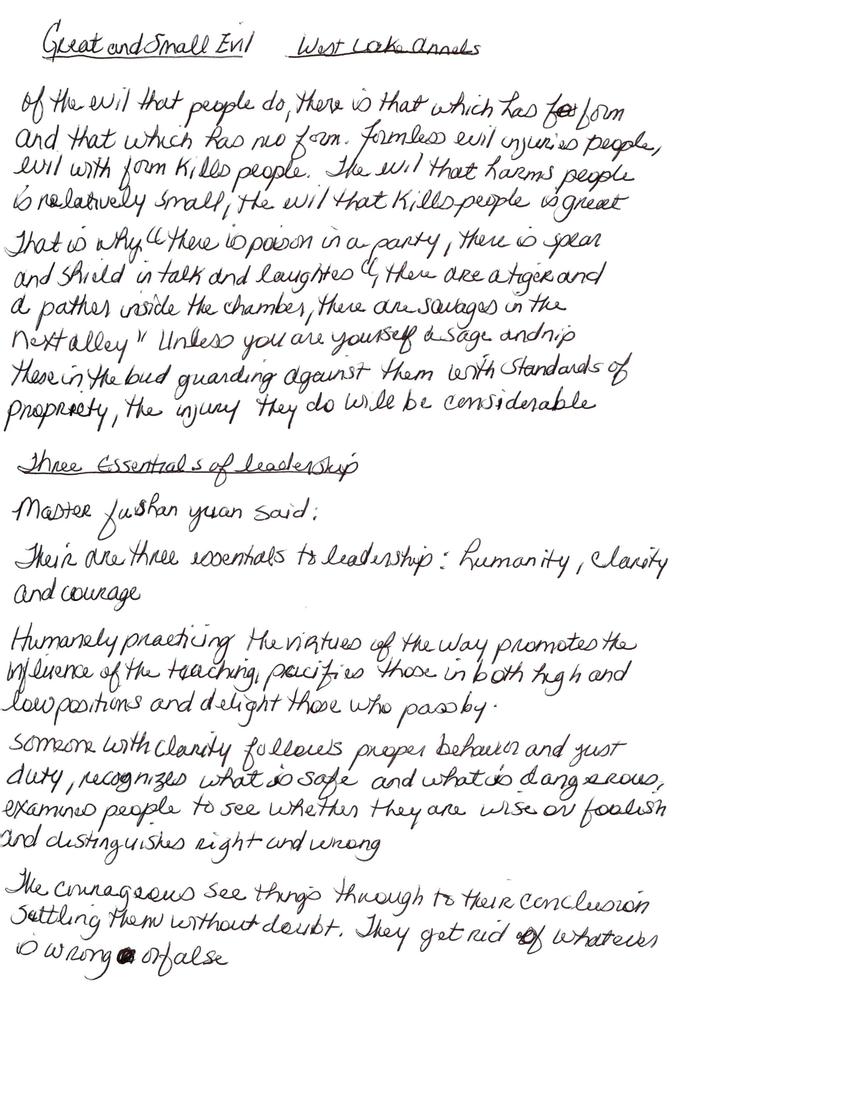 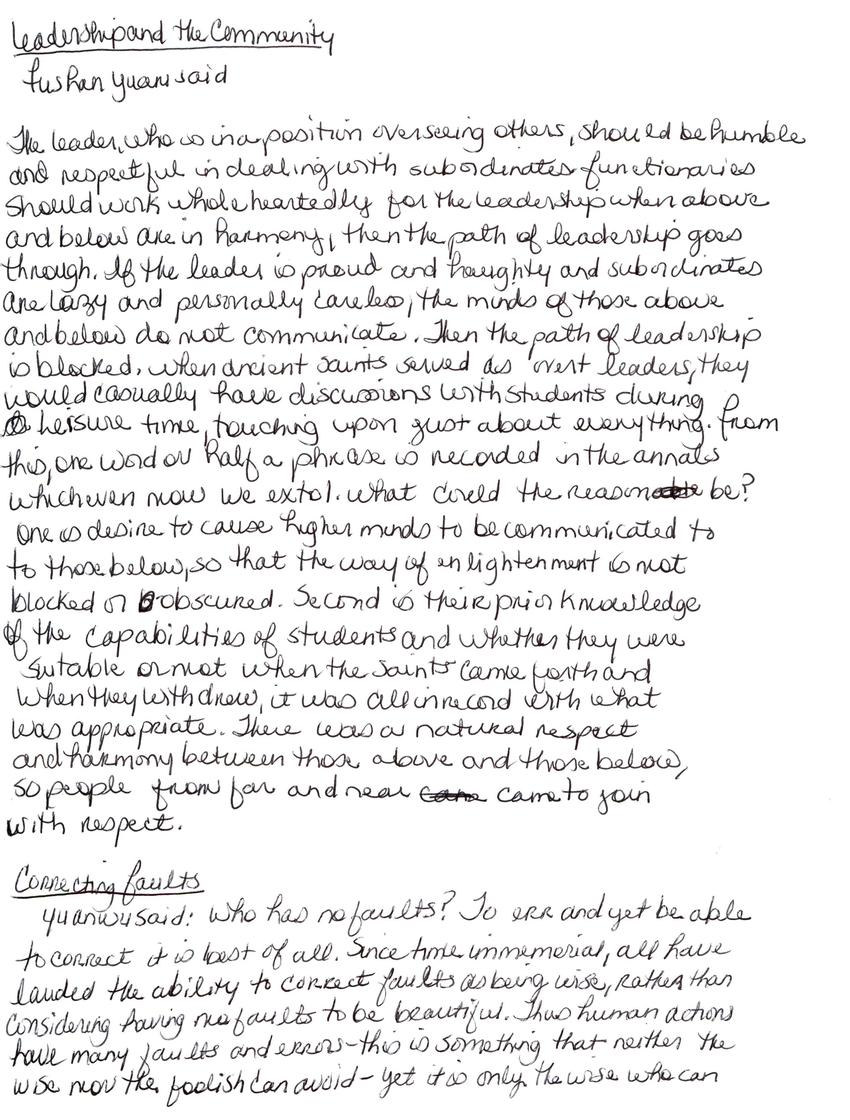 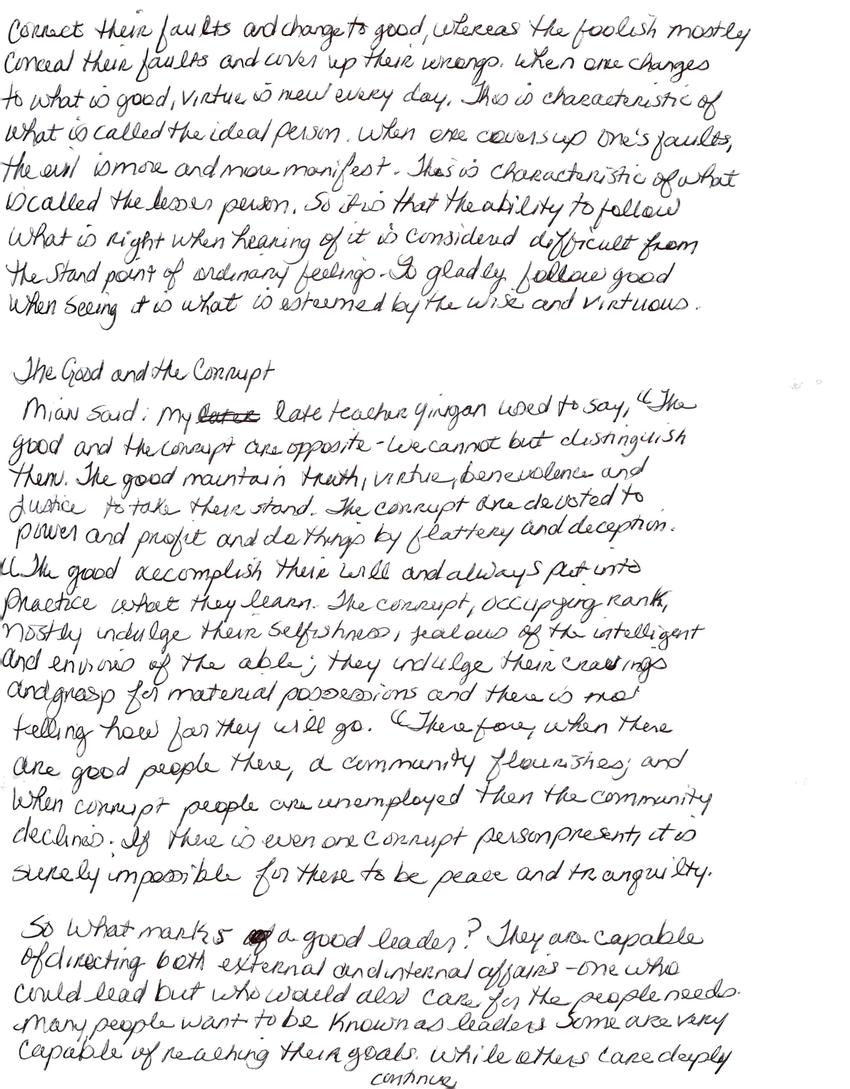 I am a firm believer that any election should be available to any law abiding citizen from all backgrounds and culture, what we verbalize out of our mouths to get people to vote for you are very important. I don't like people who manipulate their way to an office as Donald Trump did. Look what happened to American people was the one was lacking on a lot of things. Not too many issue has been resolved for our country nor the global trades. The immigration situation is ridiculous. He ran a far fetched campaign. Do you want to find yourself in a hole when you take office? Cause I guarantee your sexuality + the color of your skin is not going to help when you are under pressure. Remember your supporters can be here one day gone next when you don't meet up to their standards, so why are we saying the first openly gay African woman run for mayor or openly gay man running for president or the Hispanic running for senator. It's a form of manipulation to get all of your type of people to vote you in the office. But guess who get left out of the picture when you enter the office some of the people who don't have your agenda. Because of prejudice and bias I have seen it happened. Prime example Mayor Light ex prosecutor new Mayor of Chicago. First openly gay African American woman to be vote as Mayor in Chicago. So far she is talking about legalizing medical marijuana and straighten out the community. If I took office in Chicago. My first agenda would be to straighten Chicago Police Department, criminal justice system and the community.

Because Chicago Police Department has been under scrutiny. Excessive force and unsolved murder and too many people lives been lost as of guns and violence. The corruption in that Department has ruin a lot of people lives. Poverty is very prominent in some Chicago areas. Those are the things that are important to the Chicago people right now. Mrs. Light you are an ex-prosecutor so you know the cons of the Justice Department you can help these people. And is to political for her. I want her to think about that as she is getting ready to take office. I understand legalizing marijuana would bring a lot of cash into Chicago and help people health. But right now Chicago cannot stand another life gone, corrupt Chicago Police Department and the poverty. Chicago needs an extreme make over. I know we talking about the quality of 2020 presidential and vice president candidate but some subjects ties into the subtopic.

Essentials of leadership - letter to Forjan, in the personal record of an attendant

As a leader it is essential to be generous with the community while being frugal with oneself. As for the rest, the petty matters do not be concerned with them.

When you give people tasks, probe them deeply to see if they are sincere. When you choose your words, take the most serious. Leaders are naturally honored when their words are taken seriously. The community is naturally impressed when people are chosen for their sincerity. When you are honorable the community obeys even if you are not stern, when the community is impressed, things get done even if no orders are given. The wise and the stupid each naturally convey their minds, small and gret each exert their effort. This is more than ten thousand times better than those who hold on by authoritarian powers and those who cannot help following them, oppressed by compulsion.

What can be said but not practiced is better not said. What can be practiced but not spoken of is better not done. When you utter words, you should always consider their end. When you establish a practice, you must always consider what it covers. In this ancient sages were careful about their words and chose their acts. When they spoke they did not demonstrate the principle of Chan, they used it to open the minds of students. Who were not yet enlightened. When they established their practices, they did not just take care of themselves, they used them to educate students who were undeveloped. Therefore, when they spoke their words had standards and when they acted it was with proper manners. So ultimately they were able to speak without trouble and act without disgrace. Their words thus because scriptures, their acts became standards. So it is said, Speech and action are the pivot of ideal people the basis of governing one's person. They can move heaven and earth, touch even ghosts and spirits, so they should be respected.

Of the evil that people do, there is that which has form and that which has no form. Formless evil injures people, evil with form kills people. The evil that harms people is relatively small, the evil that kills people is great. That is why there is poison in a party, there is spear and shield in talk and laughter, there are a tiger and a panther inside the chamber, there are savages in the next alley. Unless you are yourself a sage and nip these in the bud guarding against them with standards of propriety, the injury they do will be considerable.

There are three essentials to leadership: humanity, clarity and courage.

Humanely practicing the virtues of the way promotes the influence of the teaching, pacifies those in both high and low positions and delight those who pass by.

Someone with clarity follows proper behavior and just duty, recognizes what is safe and what is dangerous, examines people to see whether they are wise or foolish and distinguishes right and wrong.

The courageous see things through to their conclusion settling them without doubt. They get rid of whatever is wrong or false.

Leadership and the Community

The leader, who is in a position overseeing others, should be humble and respectful in dealing with subordinates. Functionaries should work wholeheartedly for the leadership when above and below are in harmony, then the path of leadership goes through. If the leader is proud and haughty and subordinates are lazy and personally careless, the minds of those above and below do not communicate. Then the path of leadership is blocked. When ancient saints served as great leaders, they would casually have discussions with students during leisure time, touching upon just about everything. From this, one word or half a phrase is recorded in the annals which even now we extol. What could the reason be? One is desire to cause higher minds to be communicated to those below, so that the way of enlightenment is not blocked or obscured. Second is their prior knowledge of the capabilities of students and whether they were suitable or not when the saints came forth and when they withdrew, it was all in record with what was appropriate. There was a natural respect and harmony between those above and those below, so people from far and near came to join with respect.

Yu Anwu said: Who has no faults? To err and yet be able to correct it is best of all. Since time immemorial, all have lauded the ability to correct faults as being wise, rather than considering having no faults to be beautiful. Thus human actions have many faults and errors - this is something that neither the wise nor the foolish can avoid - yet it is only the wise who can correct their faults and change to good, whereas the foolish mostly conceal their faults and cover up their wrongs. When one changes to what is good, virtue is new every day. This is characteristic of what is called the ideal person. When one covers up one's faults, the evil is more and more manifest. This is characteristic of what is called the lesser person. So it is that the ability to follow what is right when hearing of it is considered difficult from the stand point of ordinary feelings. So gladly follow good when seeing it is what is esteemed by the wise and virtuous.

The Good and the Corrupt

Mian said: My late teacher Yingan used to say, "The good and the corrupt are opposite - we cannot but distinguish them. The good maintain truth, virtue, benevolence and justice to take their stand. The corrupt are devoted to power and profit and do things by flattery and deception." The good accomplish their will and always put into practice what they learn. The corrupt, occupying rank, mostly indulge their selfishness, jealous of the intelligent and envious of the able; they indulge their cravings and grasp for material possessions and there is no telling how far they will go. Therefore, when there are good people there, a community flourishes; and when corrupt people are unemployed then the community declines. If there is even one corrupt person present, it is surely impossible for there to be peace and tranquility.

So what makes a good leader? They are capable of directing both external and internal affairs - one who could lead but who would also care for the people needs. Many people want to be known as leaders. Some are very capable of reaching their goals while others care deeply for the people in their charge. The best leaders are both goal oriented and people-oriented.

What is the inner qualities of a good leaders (1) wisdom (2) understanding and (3) respect. These characteristics differs markedly from the ones that often help elect leaders today: good looks, sexuality, race, wealth, popularity, willingness to do anything to get to the top. The qualities identified should be evident in us as we lead and we should look for them in those we elect to position of leadership.

Lead by example: When you encourage and inspire others, you put teamwork into action to accomplish goals.

Prejudice can keep you from seeing those qualified to lead Judges 4:4. The bible records several women who held national leadership position and Deborah was an exceptional woman. Obviously she was the best person for the job and God chose her to lead Israel. God can choose anyone to lead his people, young or old, man or woman. Don't let your prejudices get in the way of those God may have chosen to lead.

Qualities of a good leader

1. Diligence
2. Has trustworthy messengers
3. Doesn't penalize people for integrity
4. Listens before answering
5. Able to discern
6. Listens to both sides of the story
7. Stands up under adversity
8. Stands up under praise

What happens without good leadership

A good leader keeps in touch with work being done. Nehemiah led the entire construction project, but he also worked on the wall alongside the others. He was not a bureaucrat in a well-guarded office, but a leader who got involved in the day-to-day work. He did not use his position to lord it over his people. A good leader keeps in touch with the work to be done. Those who lead best lead by what they do as well as by what they say.

People of integrity can be trusted to carry out their work. If you are in a position of selecting leaders, look for integrity one of the most important qualifications. Although other qualities may seem more impressive, integrity will pass the test of time.