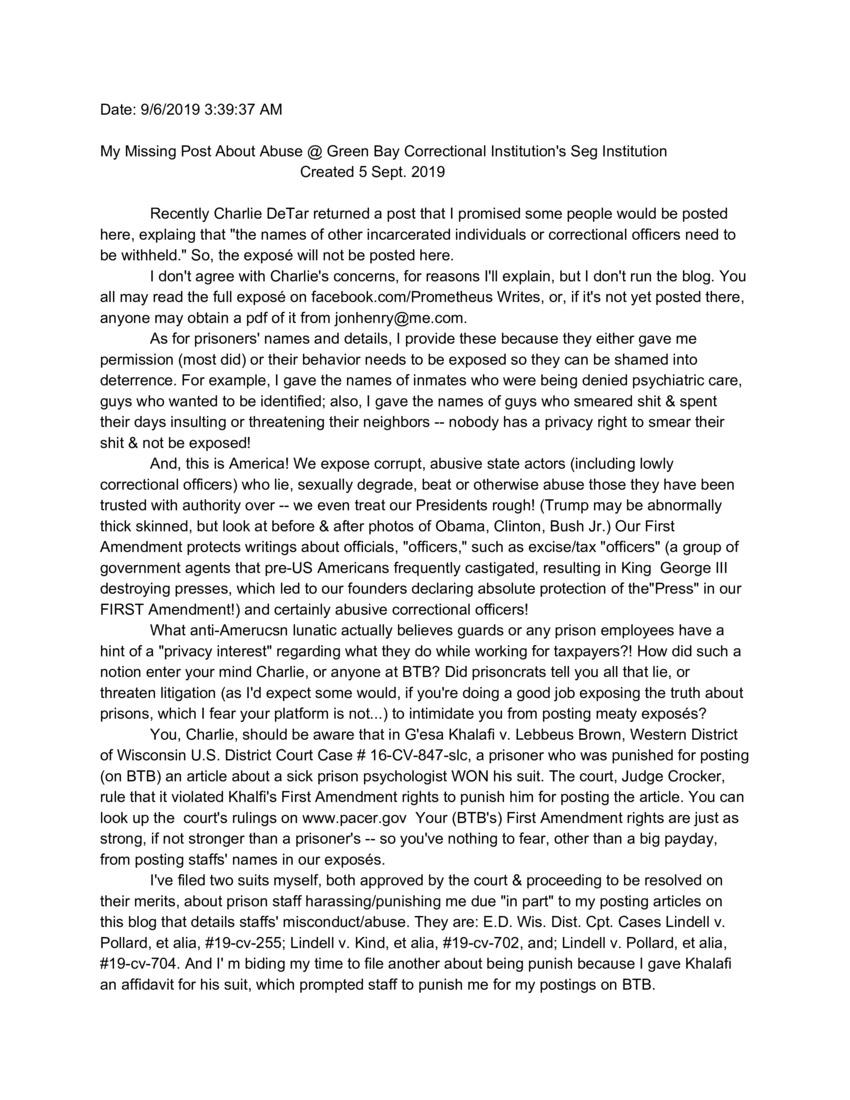 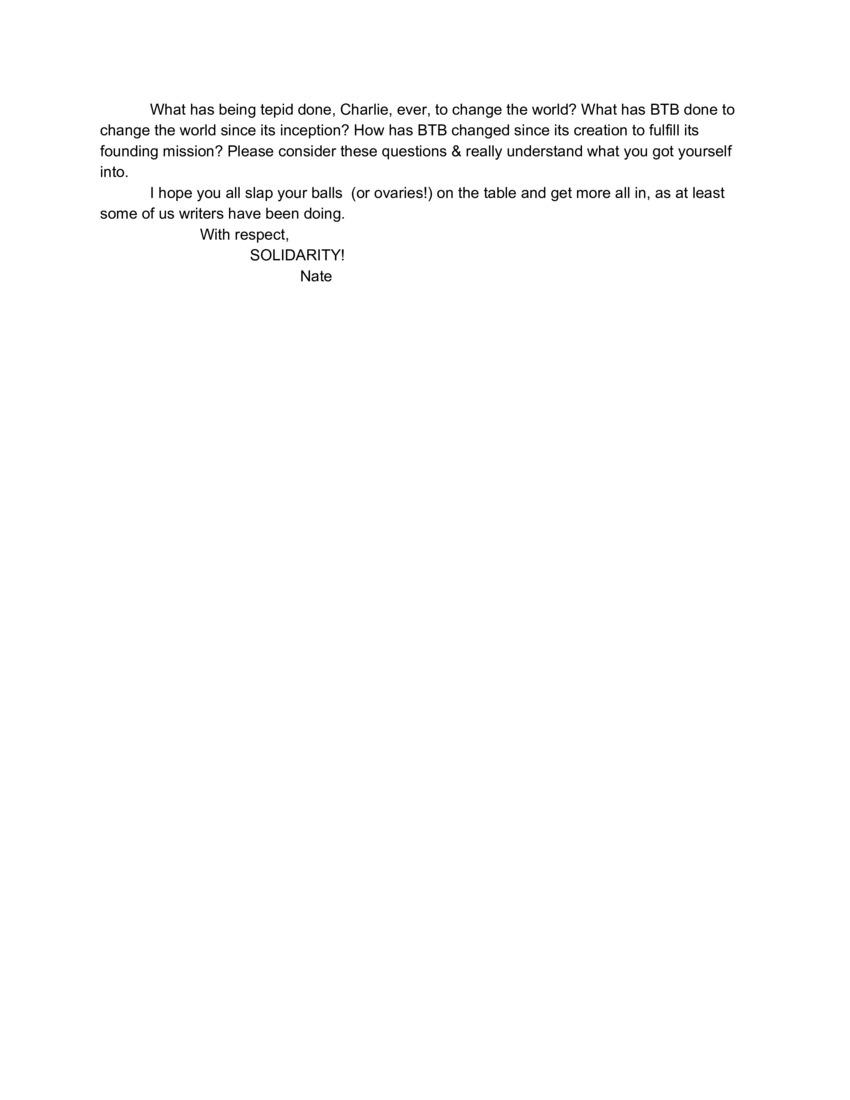 Recently Charlie DeTar returned a post that I promised some people would be posted here, explaining that "the names of other incarcerated individuals or correctional officers need to be withheld." So, the expose will not be posted here.

I don't agree with Charlie's concerns—for reasons I'll explain—, but I don't run the blog. You may read the full expose on Facebook.com/Prometheus Writes or if it's not posted there, anyone may obtain a .pdf file of it from jonhenry@me.com.

As for prisoners' names and details, I provide these because they either gave me permission (most did) or their behavior needs to be exposed so they can be shamed into deterrence. For example, I gave the names of inmates who were being denied psychiatric care, guys who wanted to be identified. Also, I gave the names of guys who smeared shit and spent their days insulting or threatening their neighbors—nobody has a privacy right to smear their shit and not be exposed!

And this is America! We expose corrupt, abusive state actors (including lowly correctional officers) who lie, sexually degrade, beat or otherwise abuse those they have been trusted with authority over—we even treat our presidents rough! Trump may be abnormally thick-skinned, but look at before and after photos of Obama, Clinton, Bush Jr. Our First Amendment protects writings about officials, "officers", such as excise/tax "officers" (a group of government agents that pre-US Americans frequently castigated, resulting in King George III destroying presses, which led to our founders declaring absolute protection of the press in our First Amendment!) and certainly abusive correctional officers!

What anti-American lunatic actually believes guards or any prison employees have a hint of a "privacy interest" regarding what they do while working for taxpayers? How did such a notion enter your mind, Charlie—or anyone at BTB? Did prisoncrats tell you all those lies or threaten litigation to intimidate you from posting meaty exposes? As I'd expect some would, if you're doing a good job exposing the truth about prisons, which I fear your platform is not...

You, Charlie, should be aware that in G'esa Khalafi v. Lebbeus Brown, Western District of Wisconsin U.S. District Court Case #16-CV-847-slc, a prisoner who was punished for posting on BTB an article about a sick prison psychologist WON his suit. The court, Judge Crocker, ruled that it violated Khalfi's First Amendment rights to punish him for posting the article. You can look up the court's rulings on pacer.gov.

BTB's First Amendment rights are just as strong, if not stronger, than a prisoner's. So, you've nothing to fear other than a big payday from posting staff's names in our exposes.

I hope you all slap your balls (or ovaries!) on the table and get more all in, as at least some of us writers have been doing.