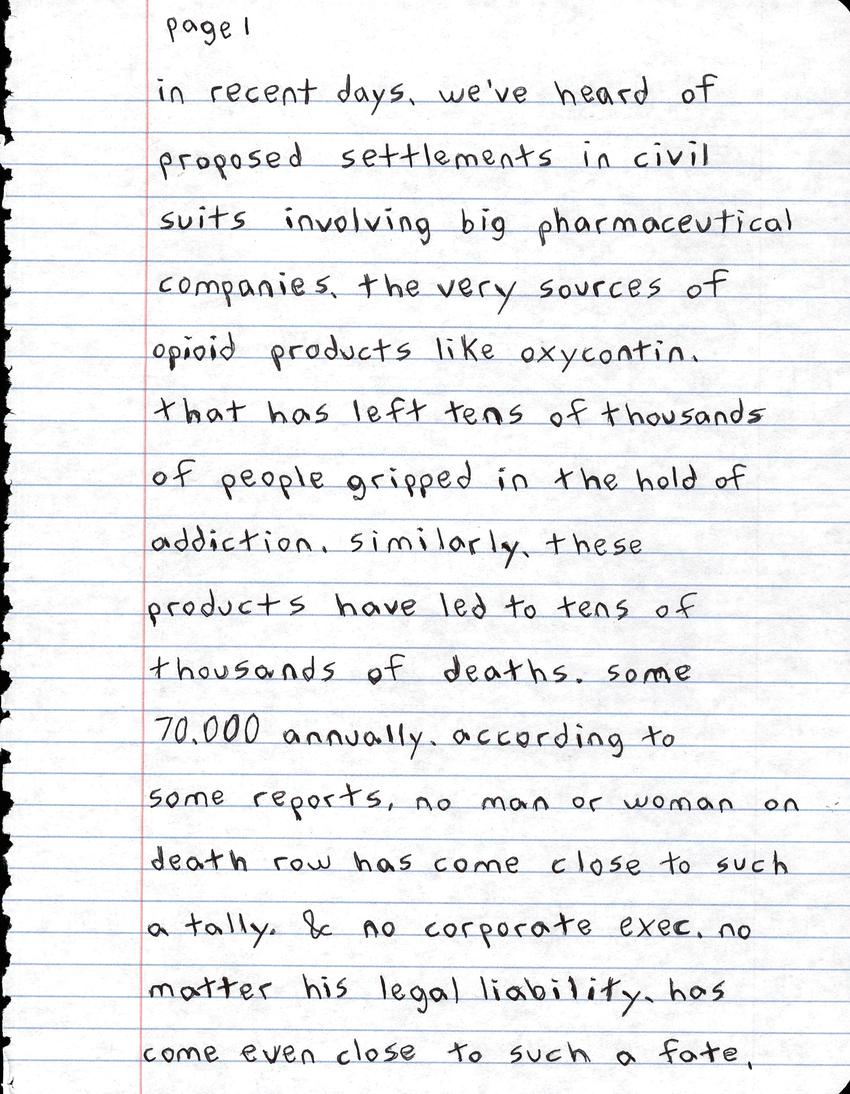 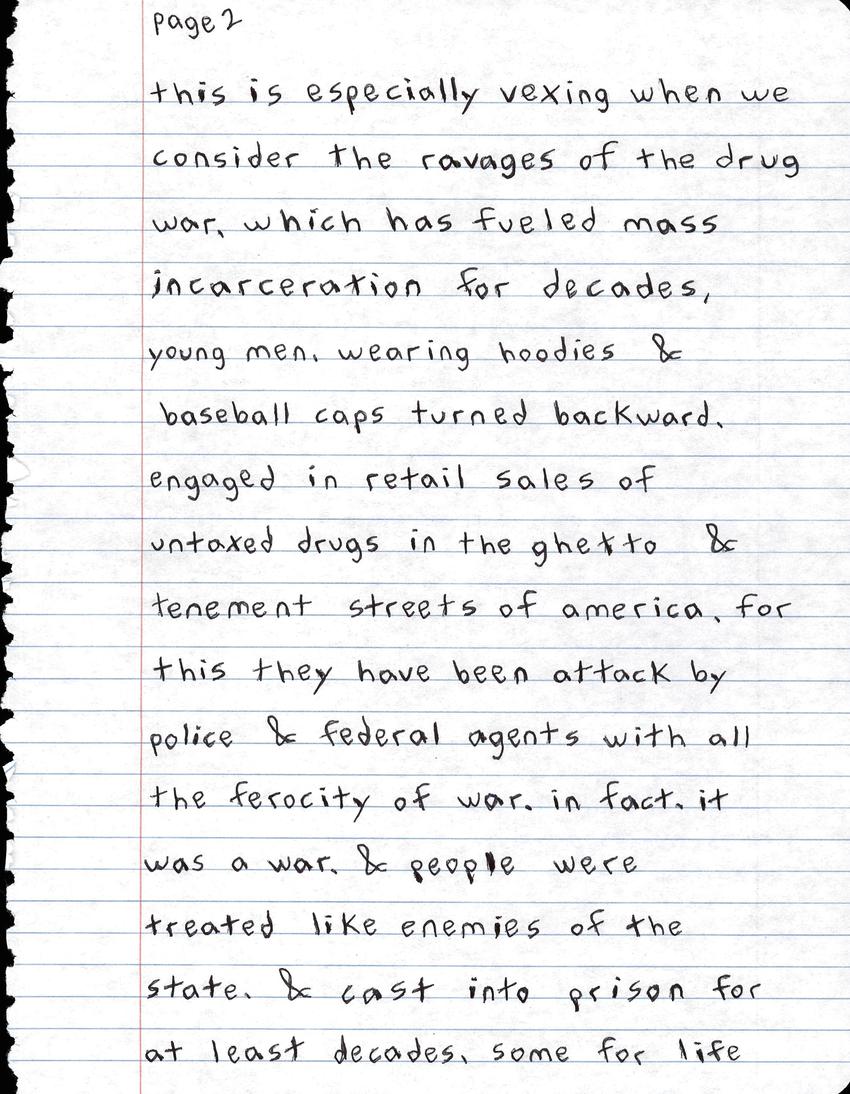 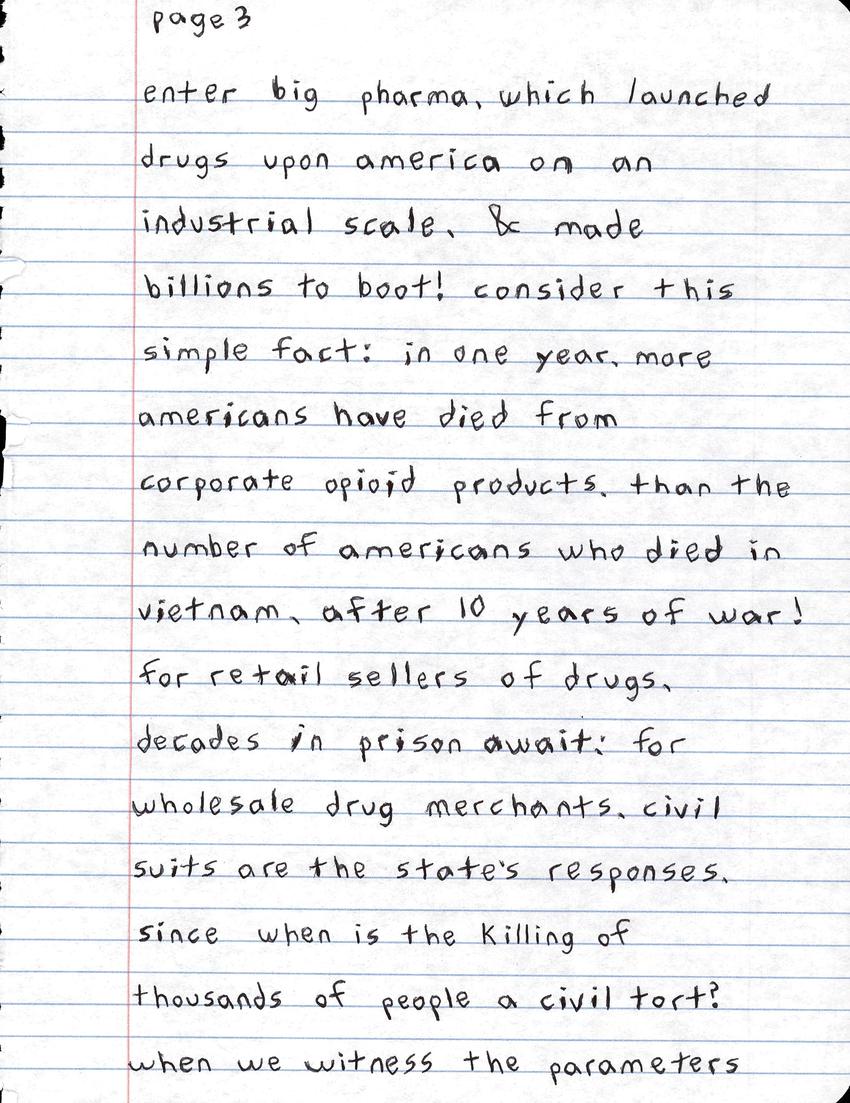 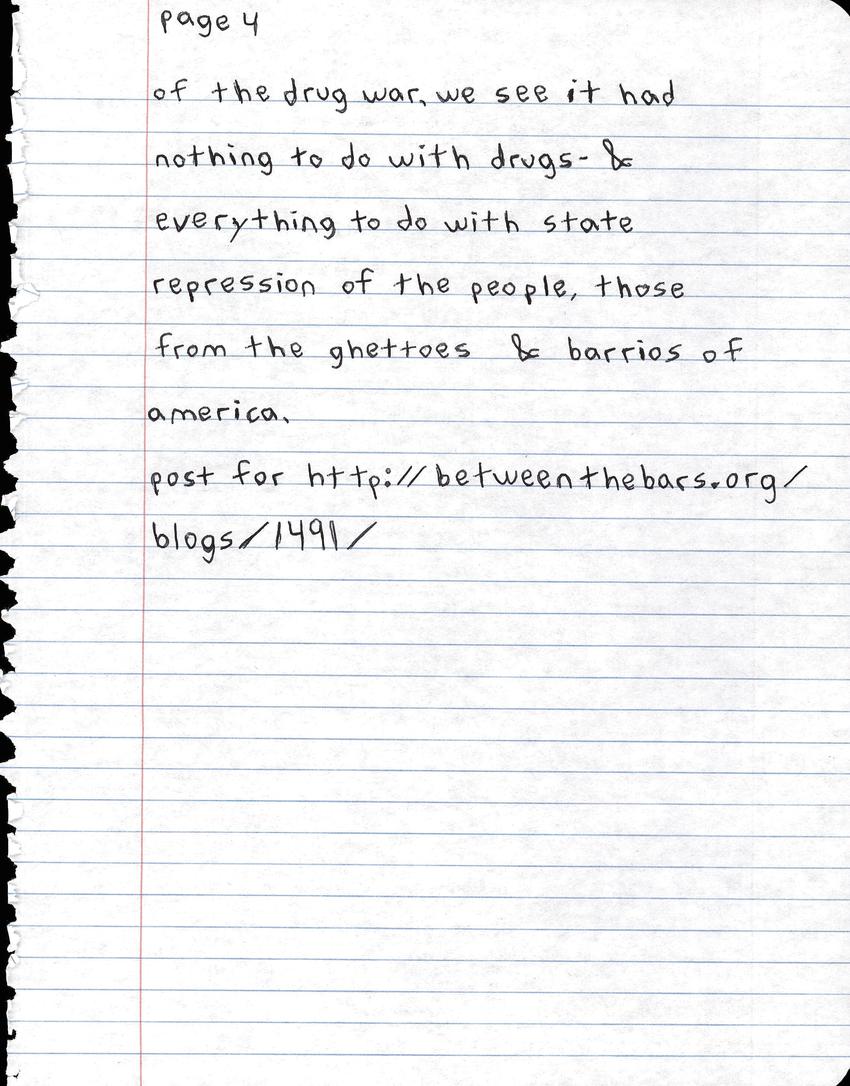 In recent days, we've heard of proposed settlements in civil suits involving big pharmaceutical, the very sources of opioid products like ocycontin that has left tens our thousands of people gripped in the hold of addiction.

Similarly, these products have led to tens of thousands of deaths. Some 70,000 annually, according to some reports. No man or woman on death row has come close to such a tally. And no corporate exec, no matter his legal liability, has come even close to a such a fate.

This is especially vexing when we consider the ravages of the drug war, which has fueled mass incarceration for decades. Young men wearing hoodies and baseball caps turned backward engaged in retail sales of untaxed drugs in the ghetto and tenement streets of America. For this, they have been attacked by police and federal agents with all the ferocity of war. In fact, it was a war. People were treated like enemies of the state and cast into prison for at least decades, some for life.

Enter Big Pharma, which launched drugs upon America on an industrial scale—and made billions to boot! Consider this simple fact: in one year, more Americans have died from corporate opioid products than the number of Americans who died in Vietnam after ten years of war!

For retail sellers of drugs, decades in prison await. For wholesale drug merchants, civil suits are the state's responses. Since when is the killing of thousands of people a civil tort?

When we witness the parameters of the drug war, we see it had nothing to do with drugs and everything to do with state repression of the people, those from the ghettos and barrios of America.