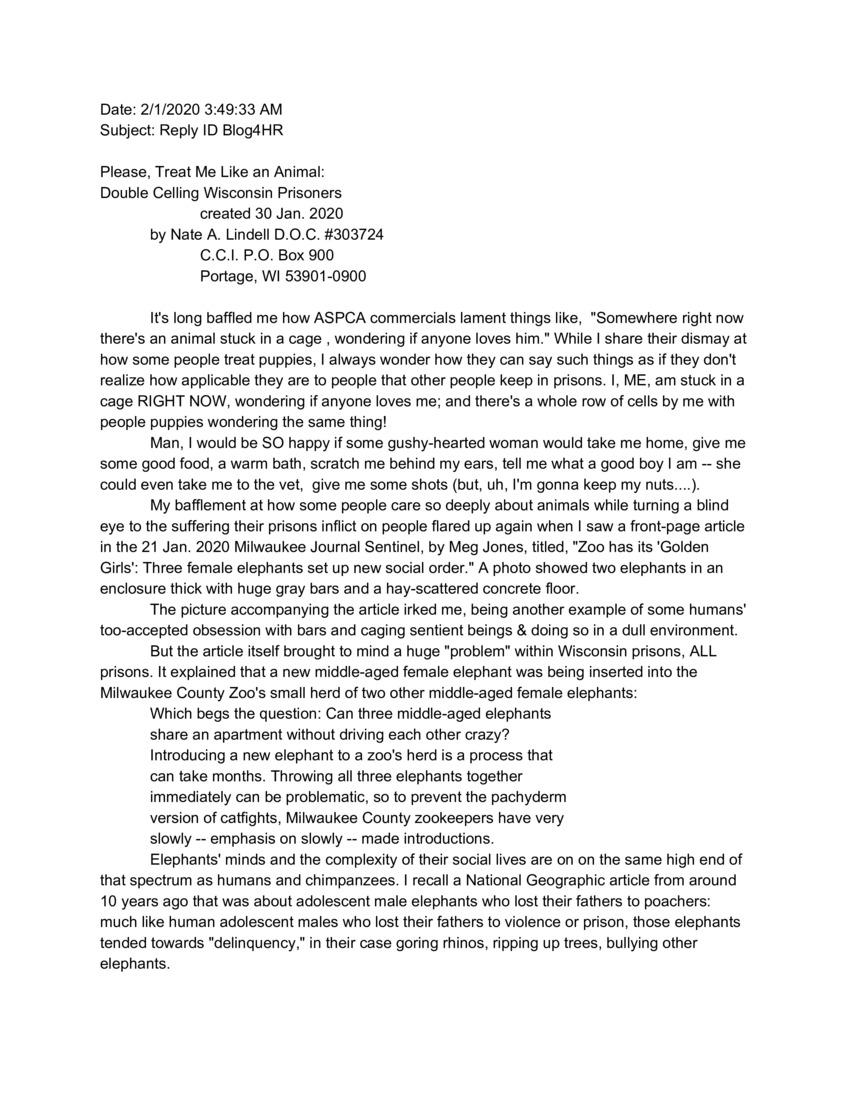 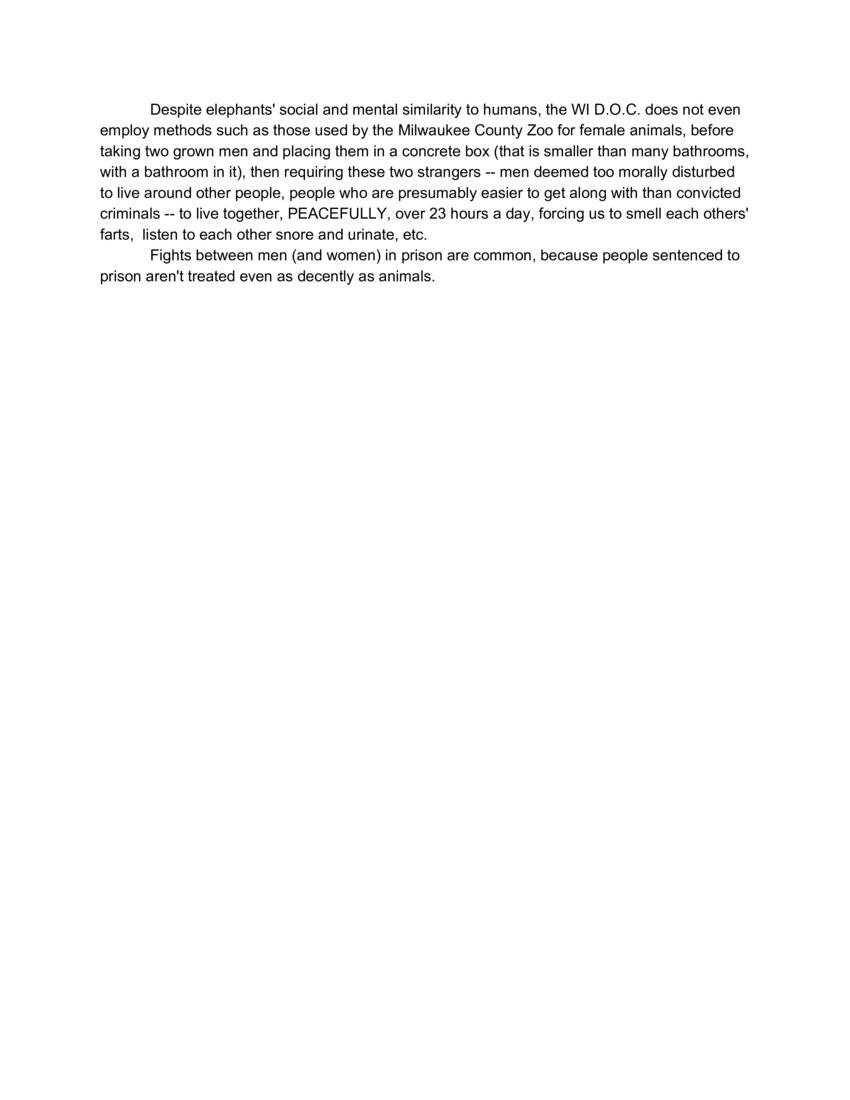 It's long baffled me how ASPCA commercials lament things like, "Somewhere right now there's an animal stuck in a cage, wondering if anyone loves him." While I share their dismay at how some people treat puppies, I always wonder how they can say such things as if they don't realize how applicable they are to people that other people keep in prisons. I, ME, am stuck in a cage RIGHT NOW, wondering if anyone loves me; and there's a whole row of cells by me with people puppies wondering the same thing!

Man, I would be SO happy if some gushy-hearted woman would take me home, give me some good food, a warm bath, scratch behind my ears, tell me what a good boy I am - she could even take me to the vet, give me some shot (but, uh, I'm gonna keep my nuts...).

My bafflement at how some people care so deeply about animals while turning a blind eye to the suffering their prisons inflict on people flared up again when I saw a front-page article in the 21 Jan. 2020 Milwaukee Journal Sentinel, by Meg Jones, titled, "Zoo has its 'Golden Girls': Three female elephants set up new social order." A photo showed two elephants in an enclosure thick with huge gray bars and a hay-scattered concrete floor.

The picture accompanying the article irked me, being another example of some humans' too-accepted obsession with bars and caging sentient beings & doing so in a dull environment.

But the article itself brought to mind a huge "problem" within Wisconsin prisons, ALL prisons. It explained that a new middle-aged female elephant was being inserted into the Milwaukee County Zoo's small herd of two other middle-aged female elephants:
Which begs the question: Can three middle-aged elephants share an apartment without driving each other crazy? Introducing a new elephant to a zoo's herd is a process that can take months. Throwing all three elephants together immediately can be problematic, so to prevent the pachyderm version of catfights. Milwaukee County zookeepers have very slowly - emphasis on slowly- made introductions.

Elephants' minds and the complexity of their social lives are on the same high end of that spectrum as humans and chimpanzees. I recall a National Geographic article from around 10 years ago that was about adolescent male elephants who lost their fathers to poachers: much like human adolescent males who lost their fathers to violence or prison, those elephants tended towards "delinquency", in their case going rhinos, ripping up trees, bullying other elephants.

Despite elephants' social and mental similarity to humans, the WI D.O.C. does not even employ methods such as those used by the Milwaukee County Zoo for female animals, before taking two grown men and placing them in a concrete box (that is smaller than many bathrooms, with a bathroom in it), then requiring these two strangers - men deemed too morally disturbed to live around other people, people who are presumably easier to get along with than convicted criminals - to live togerhter, PEACEFULLY, over 23 hours a day, forcing us to smell each others' farts, listen to each other snore and urinate, etc.

Fights between men (and women) in prison are common, because people sentenced to prison aren't treated even as decently as animals.

Thanks for writing. I really enjoyed reading your writing - it was very powerful and truly made me think about the conditions and daily struggles of being a prisoner. I finished the transcription for your post and I hope other people read it and take something away from the experience.