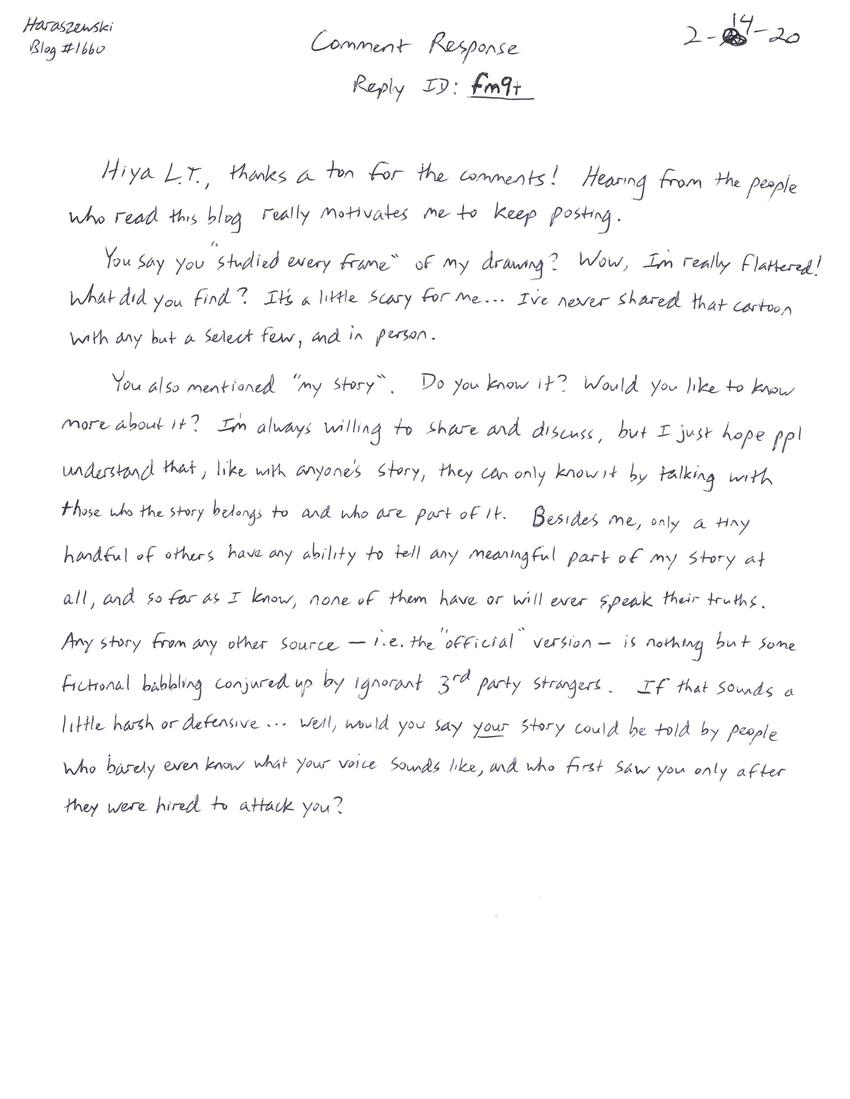 Thanks a ton for the comments! Hearing from the people who read this blog really motivates me to keep posting.

You say you "studied every frame" of my drawing? Wow, I'm really flattered! What did you find? It's a little scary for me. I've never shared that cartoon with any but a select few, and in prison.

You also mentioned "my story." Do you know it? Would you like to know more about it? I'm always willing to share and discuss, but I just hope people understand that, like with anyone's story, they can only know it by talking with those who the story belongs to and who are part of it. Besides me, only a tiny handful of others have any ability to tell any meaningful part of my story at. As far as I know, none of them have or will ever speak their truths. Any story from any other source (the "official version") is nothing but some fictional babbling conjured up by ignorant third party strangers.

If that sounds a little harsh or defensive, well, would you say your story could be told by people who barely even know what your voices sounds like, and who first saw you only after they were hired to attack you?