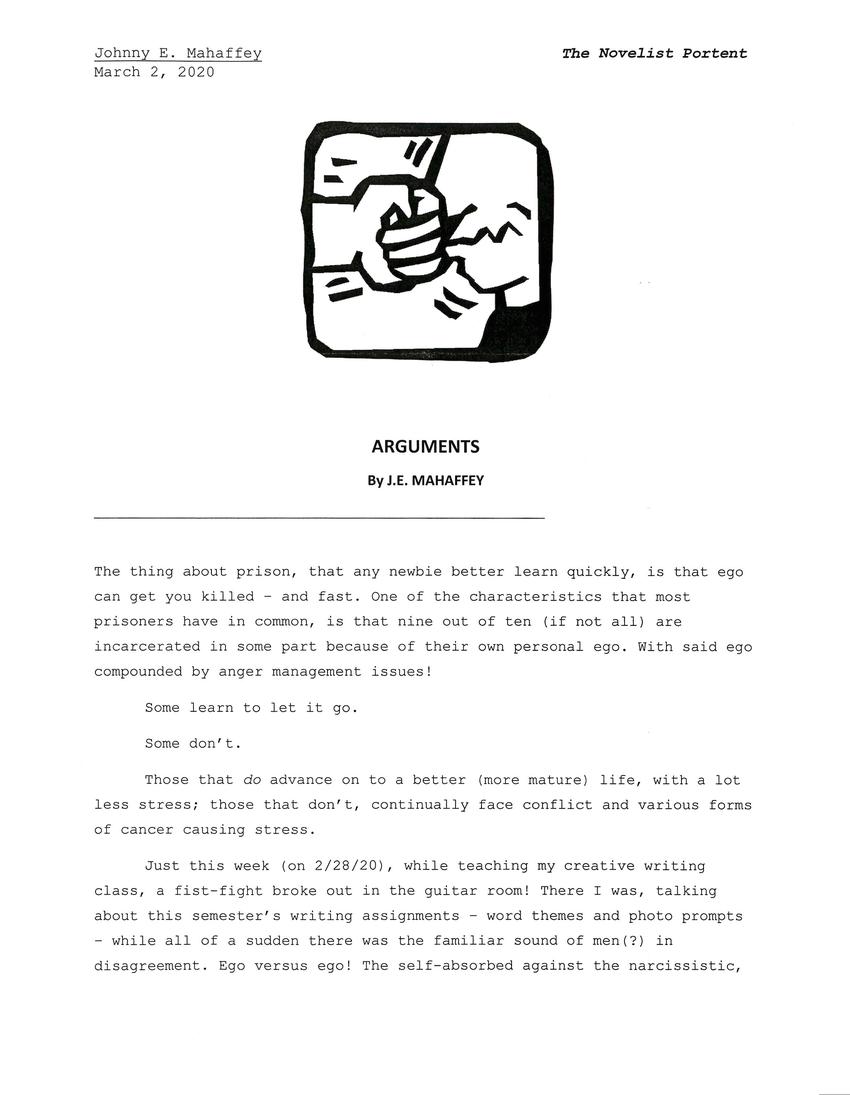 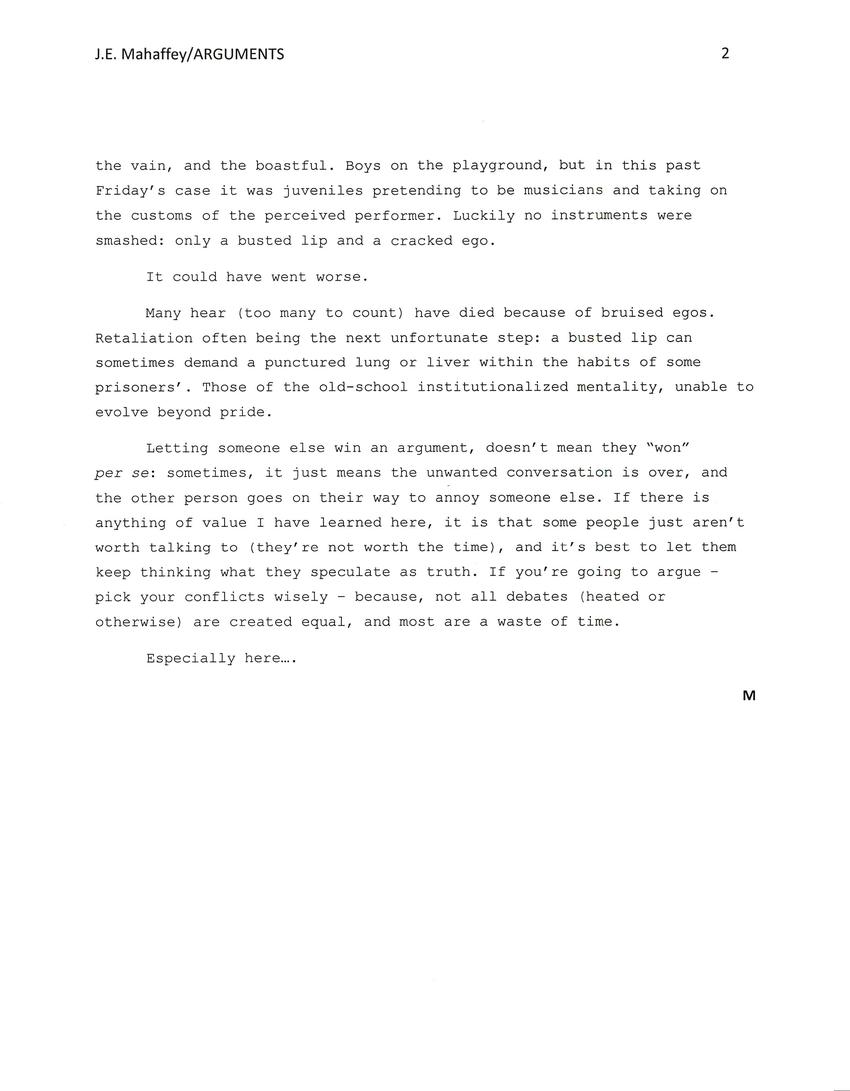 The thing about prison, that any newbie better learn quickly, is that ego can get you killed - and fast. One of the characteristics that most prisoners have in common, is that nine out of ten (if not all) are incarcerated in some part because of their own personal ego. With that said ego compounded by anger management issues!

Some learn to let it go.

Those that do advance on to a better (more mature) life, with a lot less stress; those that don't, continually face conflict and various forms of cancer causing stress.

Just this week (on 02/28/20), while teaching my creative writing class, a fist-fight broke out in the guitar room! There I was, talking about this semester's writing assignments - word themes and photo prompts - while all of a sudden there was the familiar sound of men (?) in disagreement. Ego versus ego! The self-absorbed against the narcissistic, the vain, and the boastful. Boys on the playground, but in this past Friday's case it was juveniles pretending to be musicians and taking on the customs of the perceived performer. Luckily no instruments were smashed: only a busted lip and a cracked ego.

It could have went worse.

Many hear (too many to count) have died because of bruised egos. Retaliation often being the next unfortunate step: a busted lip can sometimes demand a punctured lung or liver within the habits of some prisoners'. Those of the old-school institutionalized mentality, unable to evolve beyond pride.

Letting someone else win an argument, doesn't mean they "won" per se: sometimes, it just means the unwanted conversation is over, and the other person goes on their way to annoy someone else. If there is anything of value I have learned here, it is that some people just aren't worth talking to (they're not worth the time), and it's best to let them keep thinking what they speculate as truth. If you're going to argue - pick your conflicts wisely - because, not all debates (heated or otherwise) are created equal, and most are a waste of time.