A Peek in Human Psychology 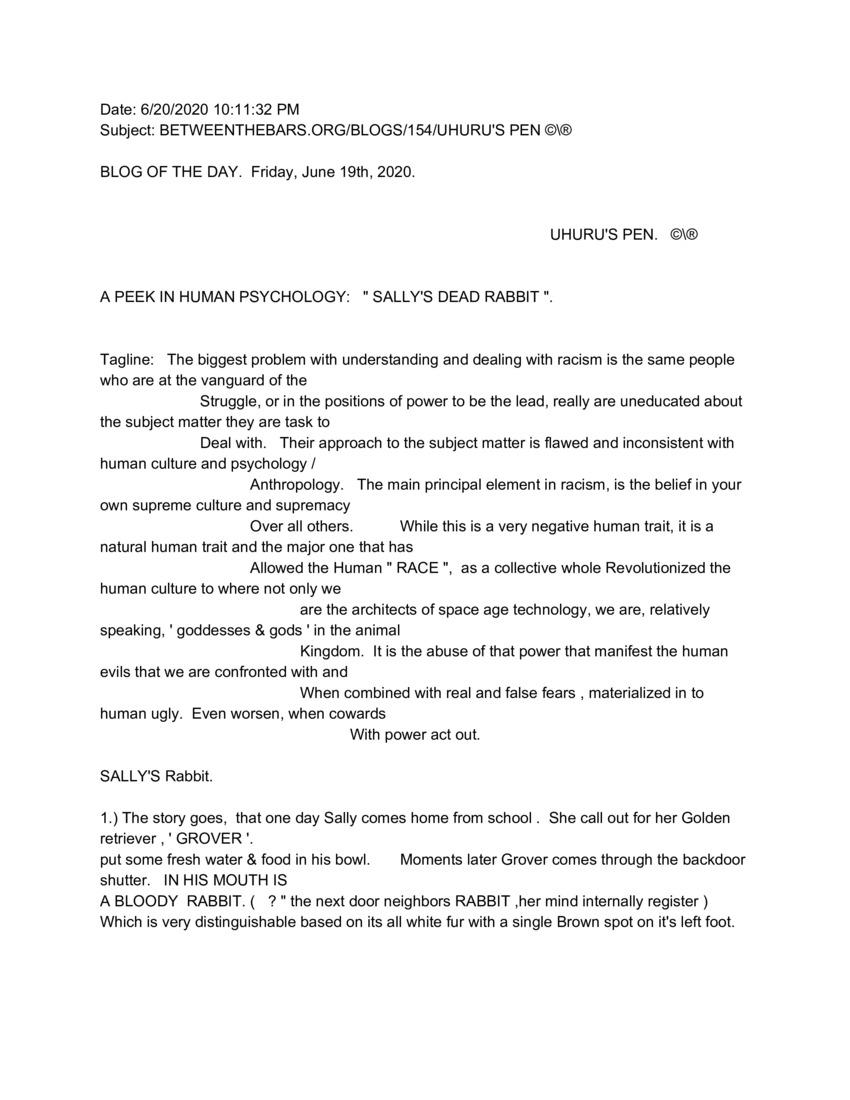 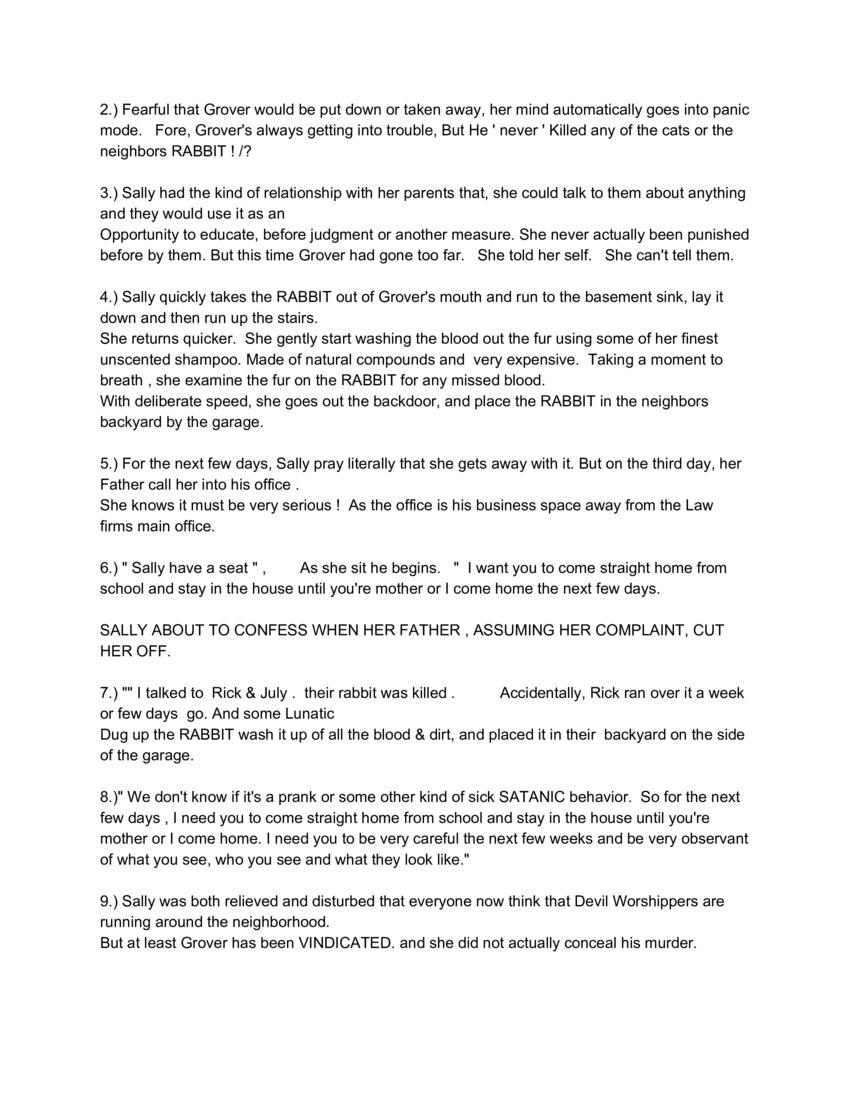 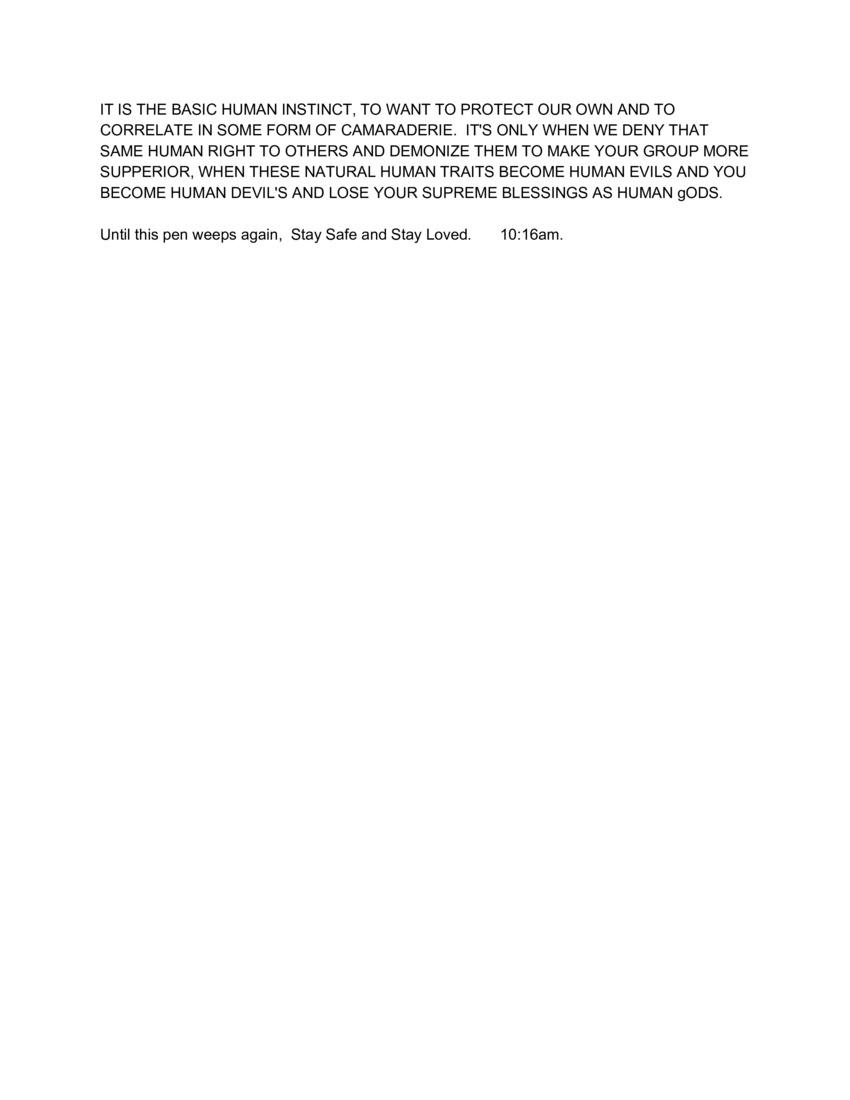 Tagline: The biggest problem with understanding and dealing with racism is the same people who are at the vanguard of the
Struggle, or in the positions of power to be the lead, really are uneducated about
the subject matter they are tasked to
Deal with. Their approach to the subject matter is flawed and inconsistent with
human culture and psychology /
Anthropology. The main principle element in racism, is the belief in your
own supreme culture and supremacy
Over all others. While this is a very negative human trait, it is a
natural human trait and the major one that has
Allowed the Human " RACE ", as a collective whole Revolutionized the
human culture to where not only we
are the architect of space-age technology, we are, relatively
speaking, ' goddesses & gods ' in the animal
Kingdom. It is the abuse of that power that manifests the human
evils that we are confronted with and
When combined with real and false fears , materialized in to
human ugly. Even worsen, when cowards
With power act out.

1.) The story goes, that one day Sally comes home from school. She calls out for her Golden retriever, 'GROVER'.
put some freshwater & food in his bowl. Moments later Grover comes through the backdoor
shutter. IN HIS MOUTH IS
A BLOODY RABBIT. ( ? " the next-door neighbor's RABBIT, her mind internally register )
Which is very distinguishable based on its all-white fur with a single Brown spot on it's left foot.

2.) Fearful that Grover would be put down or taken away, her mind automatically goes into panic
mode. Fore, Grover's always getting into trouble, But HE ' never ' Killed any of the cats or the
neighbor's RABBIT !/?

3.) Sally had the kind of relationship with her parents that, she could talk to them about anything
and they would use it as an
Opportunity to educate, before judgement or another measure. She never actually been punished
before by them. But this time Grover had gone too far. She told her self. She can't tell them.

4.) Sally quickly takes the RABBIT out of Grover's mouth and run to the basement sink, lay it
down and then run up the stairs.
She returns quicker. She gently starts washing the blood out the fur using some of her finest
unscented shampoo. Made of natural compounds and very expensive. Taking a moment to breathe, she examines the fur on the RABBIT for any missed blood.
With deliberate speed, she goes out the backdoor, and place the RABBIT in the neighbors
backyard by the garage.

5.) For the next few days, Sally pray literally that she gets away with it. But on the third day, her
Father call her into his office.
She knows it must be very serious! As the office is his business space away from the Law
firm's main office.

6.) " Sally have a seat", As she sits he begins. " I want you to come straight home from
school and stay in the house until you're mother or I come home the next few days.

SALLY ABOUT TO CONFESS WHEN HER FATHER , ASSUMING HER COMPLAINT, CUT
HER OFF.

7.) "I talked to Rick & July. their rabbit was killed. Accidentally, Rick ran over it a week
or few days go. And some Lunatic
Dug up the RABBIT wash it up of all the blood & dirt, and placed it on their backyard on the side
of the garage.

8.) " We don't know if it's a prank or some other kind of sick SATANIC behavior. So for the next
few days , I need you to come straight home from school and stay in the house until you're
mother or I come home. I need you to be very careful the next few weeks and be very observant
of what you see, who you see an what they look like."

9.) Sally was both relieved and disturbed that everyone now thinks that Devil Worshippers are
running around the neighborhood.
But at least Grover has been VINDICATED. and she did not actually conceal his murder.

IT IS THE BASIC HUMAN INSTINCT, TO WANT TO PROTECT OUR OWN AND TO
CORRELATE IN SOME FORM OF CAMARADERIE. IT'S ONLY WHEN WE DENY THAT
SAME HUMAN RIGHT TO OTHERS AND DEMONIZE THEM TO MAKE YOUR GROUP MORE
SUPERIOR, WHEN THESE NATURAL HUMAN TRAITS BECOME HUMAN EVILS AND YOU
BECOME HUMAN DEVIL'S AND LOSE YOUR SUPREME BLESSINGS AS HUMANS gODS.