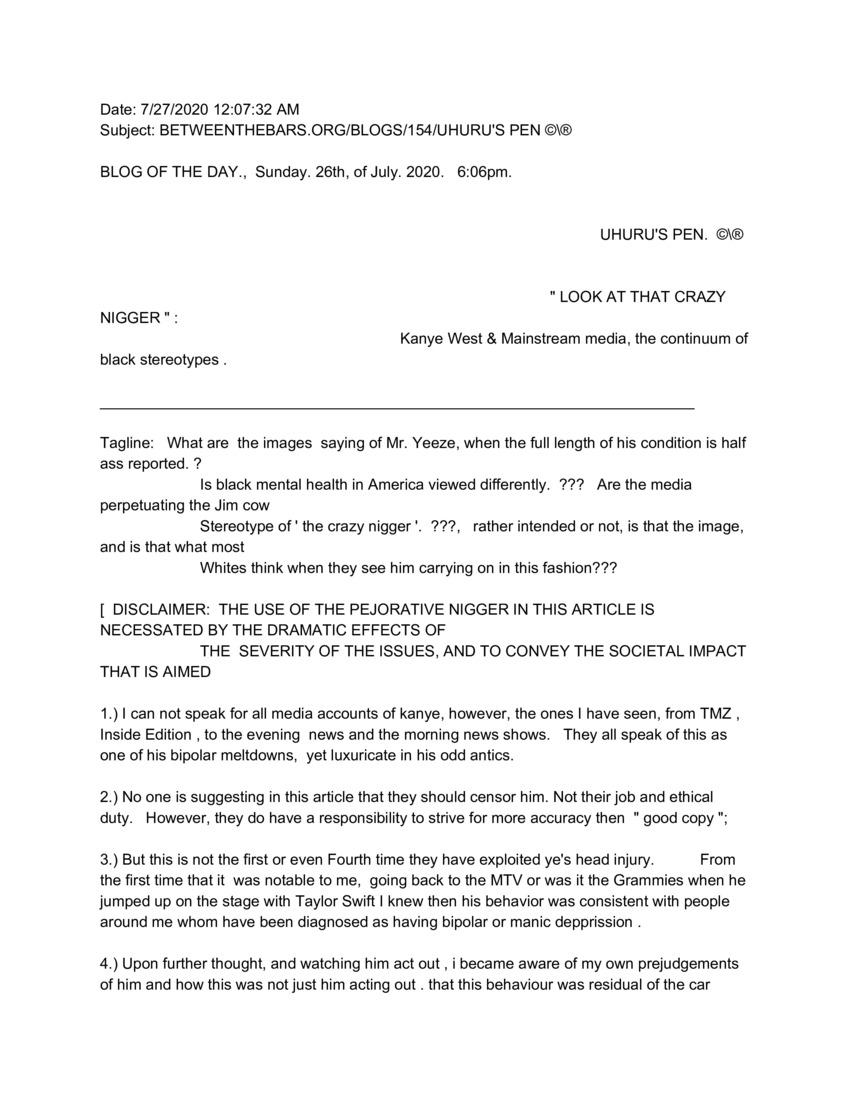 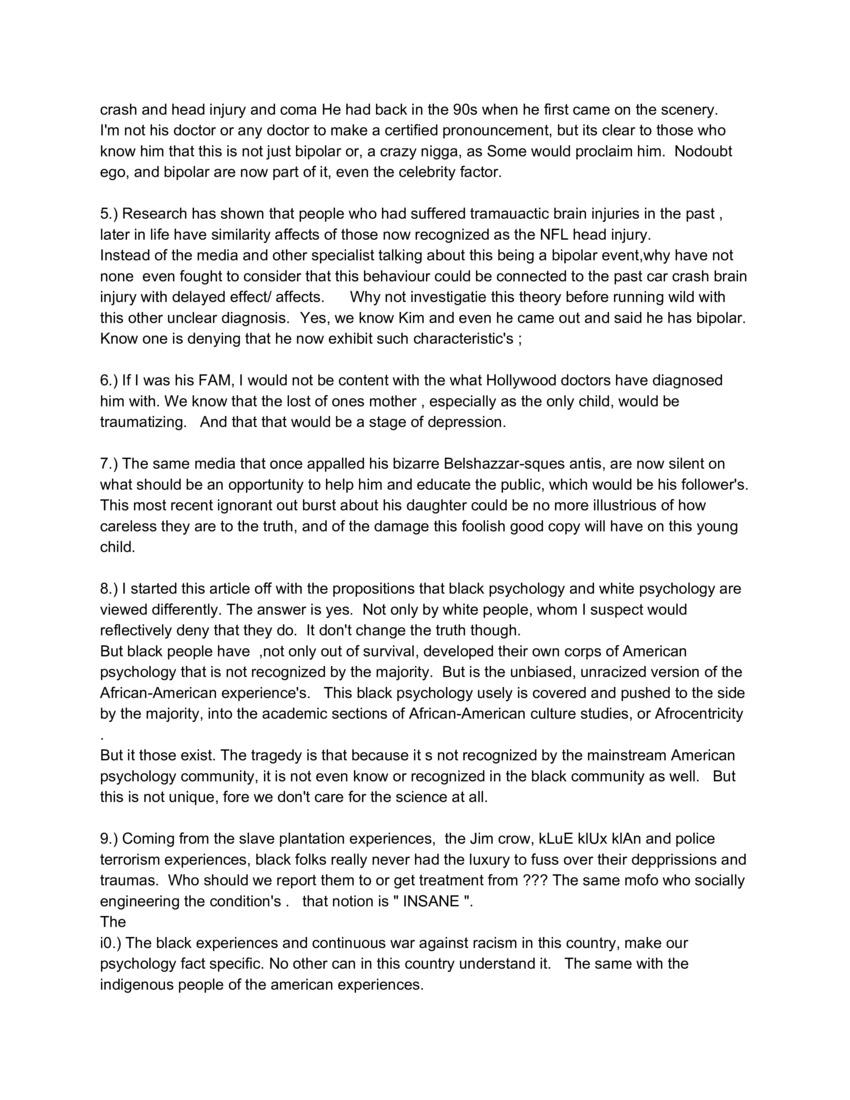 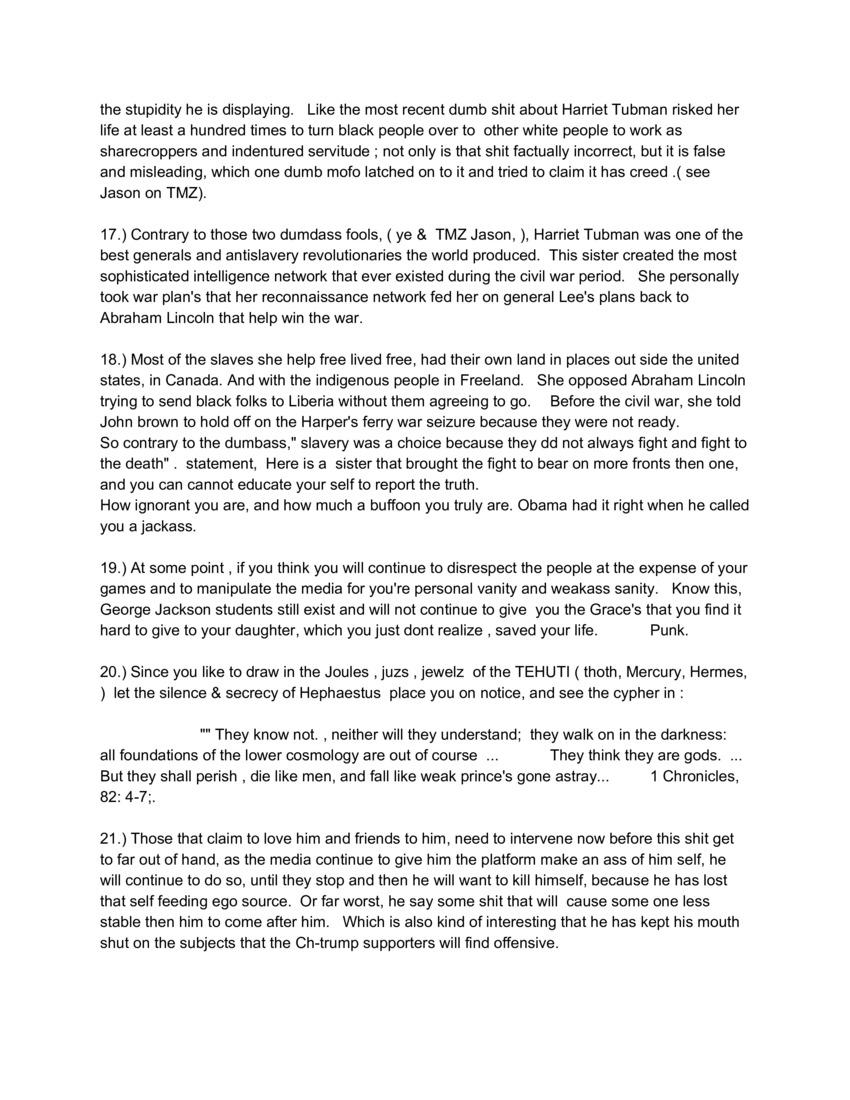 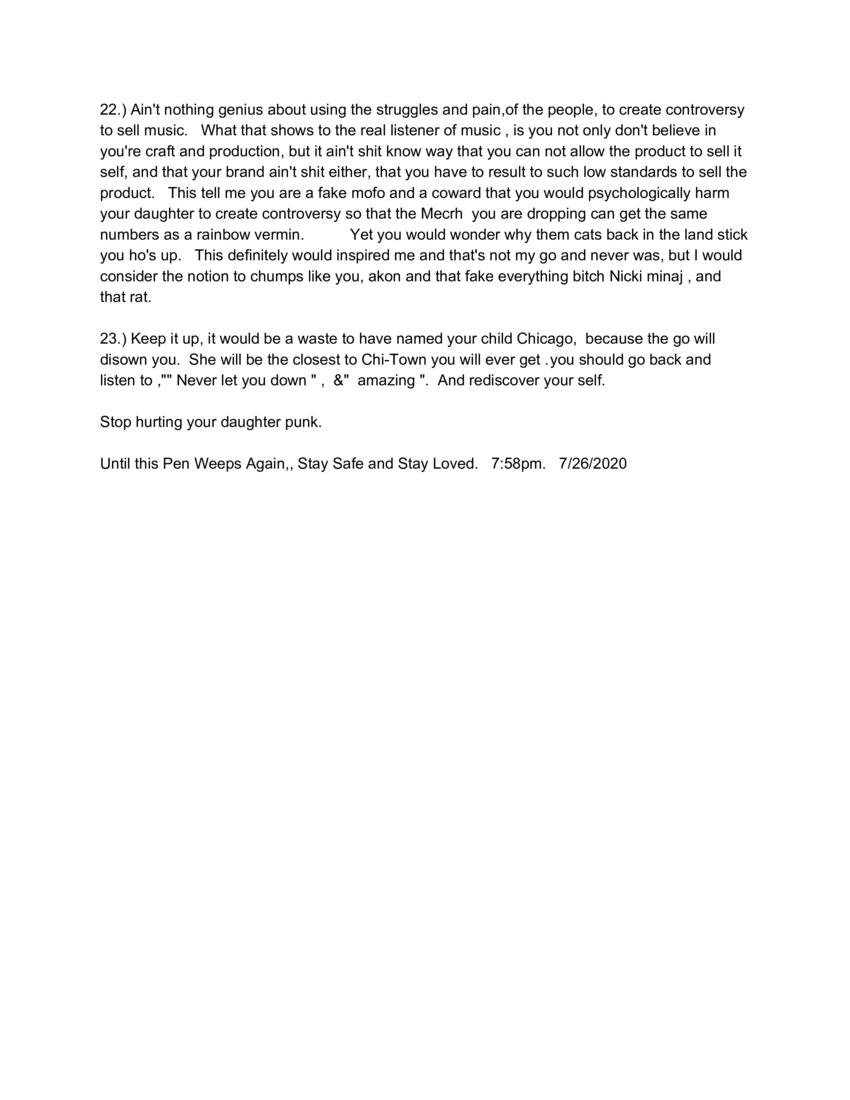 "LOOK AT THIS NIGGER": Kanye West & Mainstream media, the continuum of black stereotypes

Tagline: What are the images of Mr. Yeeze, when the full length of his condition is half ass reported? Is black mental heath in America viewed differently? Are the media perpetuating the Jim crow stereotype of 'the crazy nigger'? Rather intended or not, is that the image, and is that what most Whites think when they see him carrying on in his fashion?

[DISCLAIMER: THE USE OF THE PEJORATIVE NIGGER IN THIS ARTICLE IS NECESSITATED BY THE DRAMATIC EFFECTS OF THE SEVERITY OF THE ISSUES, AND TO CONVEY THE SOCIETAL IMPACT THAT IS AIMED]

1.) I can not speak for all media accounts of Kanye, however, the ones I have seen, from TMZ, Inside Edition, to the evening news and the morning news shops. They all speak of this as one of bipolar meltdowns, yet luxuriate in his odd antics.

2.) No one is suggesting in this article that they should censor him. Not their job and ethical duty. However, they do have a responsibility to strive for more accuracy then "good copy";

3.) But this is not the first or even fourth time they have exploited Ye's head injury. From the first time that it was notable to me, going back to the MTV or was it the Grammies when he jumped on the stage with Taylor Swift. I knew then his behavior was consistent with people around me whom have been diagnosed as having bipolar or manic depression.

4.) Upon further thought, and watching him act out, I became aware of my own prejudgments of him and how this was not just him acting out that this behavior was residual of the car crash and head injury and coma he had back in the 90s when he first came to the scenery. I'm not his doctor or any doctor to make a certified pronouncement, but it is clear to those who know him that this is not bipolar or, a crazy nigger, as some would proclaim him. No doubt ego, and bipolar are not part of it, even the celebrity factor.

5.) Research has shown that people who had suffered traumatic brain injuries in the past, later in life have similar affects of those now recognized as the NFL head injury. Instead of the media another specialist talking about this being a bipolar event, why have not none event fought to consider that this behavior could be connected to the past car crash brain injury with delayed effects/affects. Why not investigate this theory before running wild with this other unclear diagnosis. Yes, we know Kim and even he came out and said he has bipolar. Know one is denying that he now exhibit such characteristics.