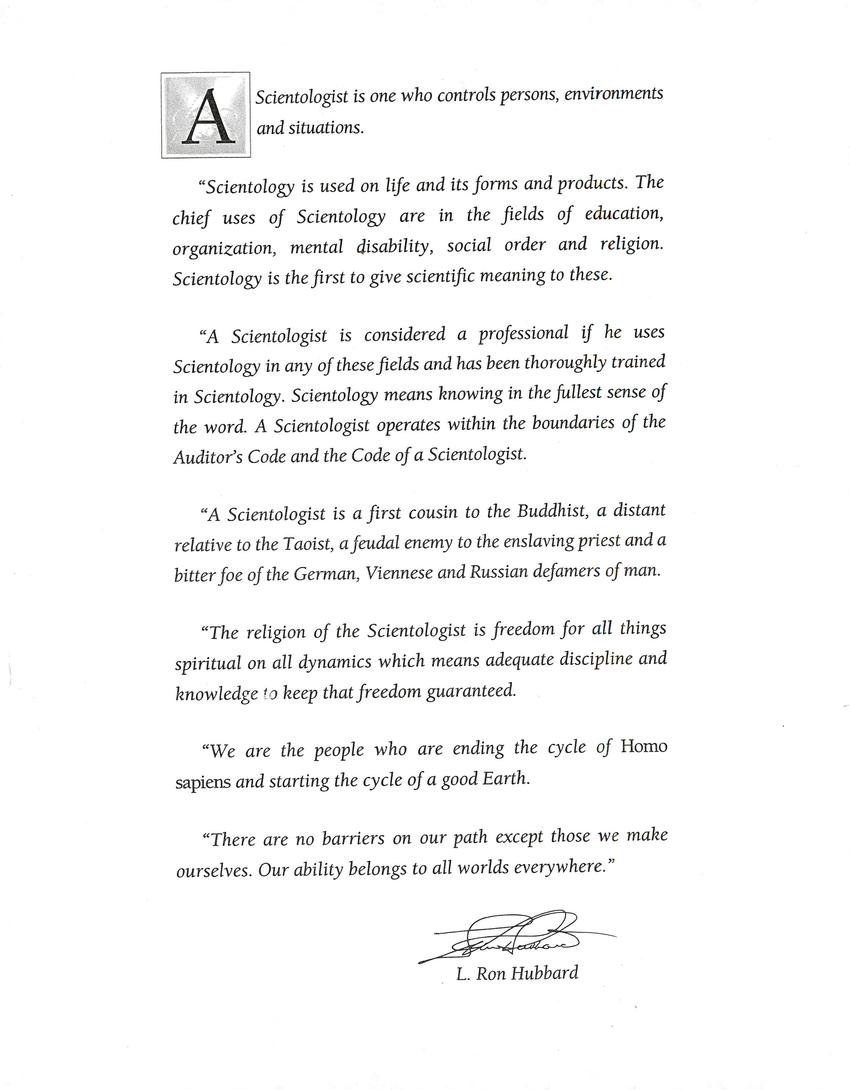 A Scientologist is one who controls persons, environments and sitatuions.

"Scientology is used on life and its forms and products. The chief uses of Scientology are in the fields of education, organization, mental disability, social order and religion. Scientology is the first to give scientific meaning to these.

"A Scientologist is a first cousin to the Buddhist, a distant relative to the Taoist , a feudal enemy to the enslaving priest and a bitter foe of the German, Viennese and Russian defamers of man.

"The religion of the Scientologist is freedom for all things spiritual on all dynamics which means adequate discipline and knowledge to keep that freedom guaranteed.

"There are no barriers on our path except those we make ourselves. Our ability belongs to all worlds everywhere."