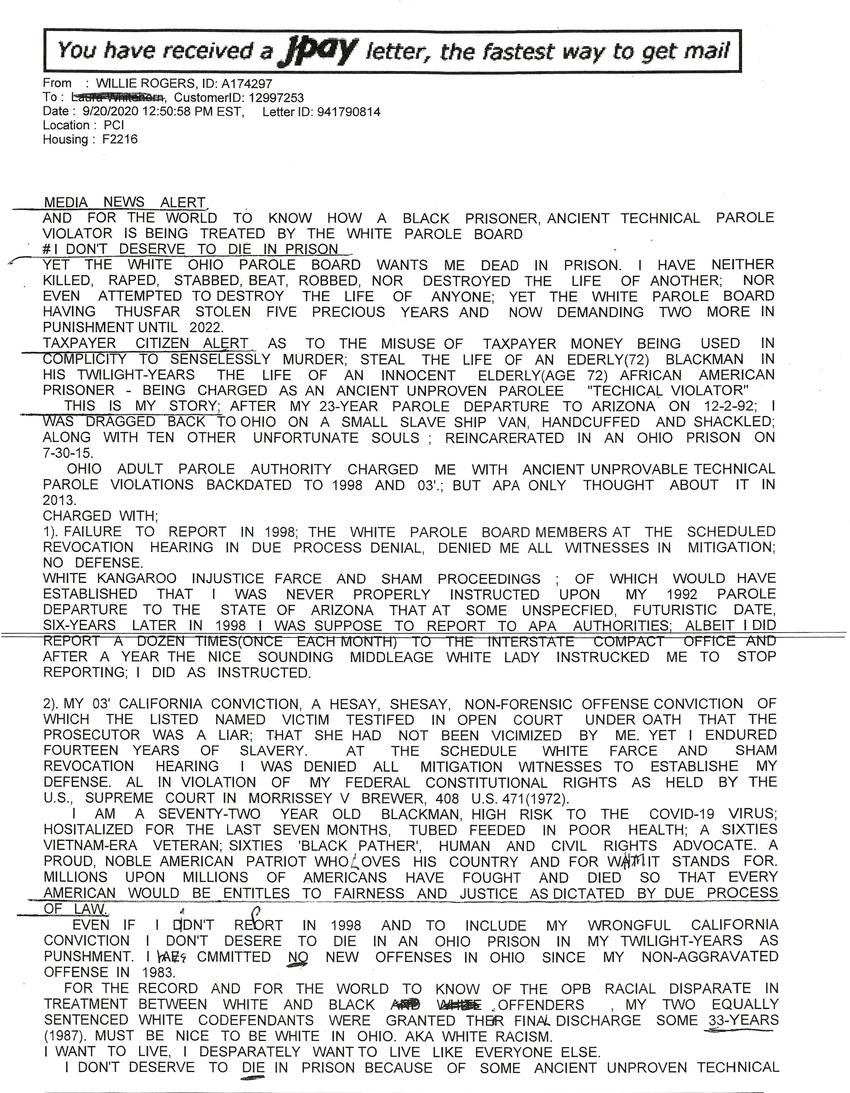 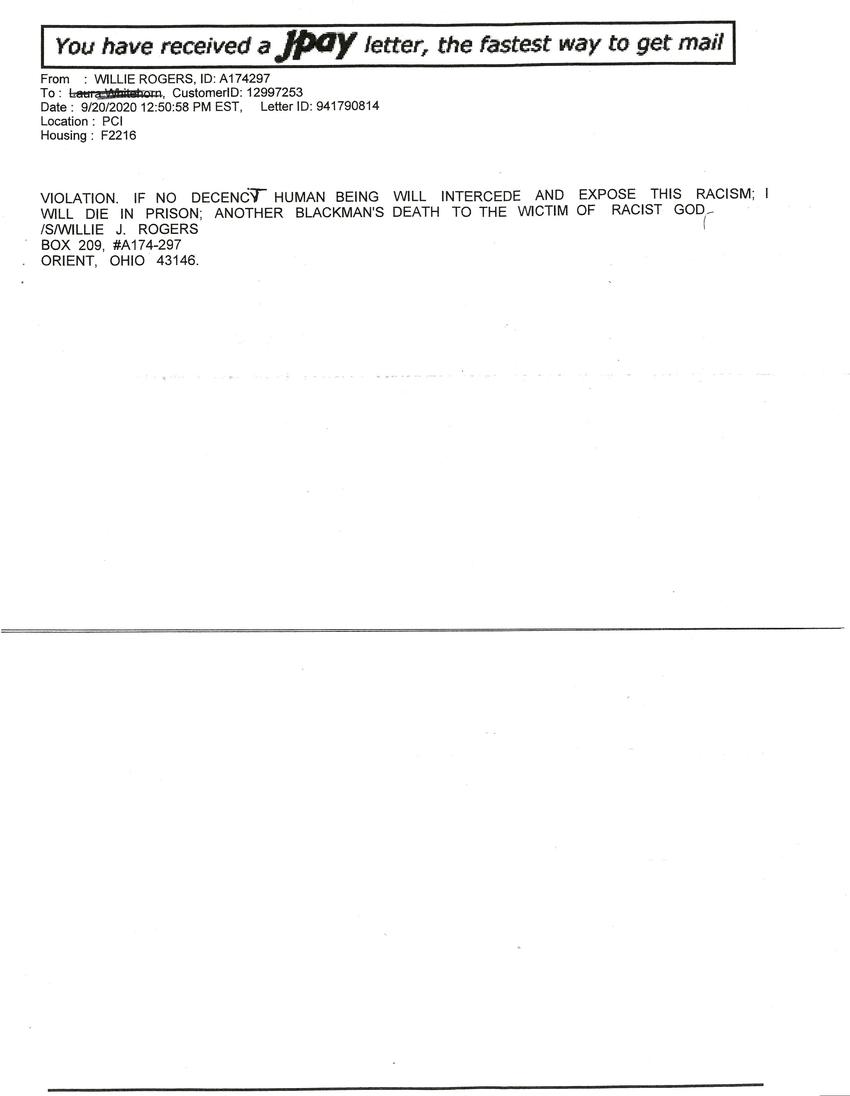 And for the world to know how a Black prisoner, ancient technical parole violator is being treated by the White parole board

I don't deserve to die in prison

Yet the White Ohio parole board wants me dead in prison. I have neither killed, raped, stabbed, beat, robbed, nor destroyed the life of another; nor even attempted to destroy the life of anyone; yet the White parole board having thus far stolen five precious years and now demanding two more in punishment until 2022.

Taxpayer citizen alert. As to the misuse of taxpayer money being used in complicity to senselessly murder; steal the life of an elderly(72) Black man in his twilight-years the life of an innocent elderly(age 72) African American prisoner - being charged as an ancient unproven parolee "technical violator"

This is my story; after my 23-year parole departure to Arizona on 12-2-92, I was dragged back to Ohio on a small slave ship van, handcuffed and shackled; along with ten other unfortunate souls: reincarnated in an Ohio prison on 7-30-15.

Ohio Adult Parole Authority charged me with ancient unprovable technical parole violations backdated to 1998 and 03'; but APA only thought about it in 2013.

Charged with:
1) Failure to report in 1998; the White parole board members at the scheduled revocation hearing in due process denial, denied me all witnesses in mitigation; no defense. White kangaroo injustice farce and sham proceedings; of which would have established that I was never properly instructed upon my 1992 parole departure to the state of Arizona that at some unspecified, futuristic date, six-years later in 1998 I was supposed to report to APA authorities; albeit I did report a dozen times (once each month) to the interstate compact office and after a year the nice sounding middle-age White lady instructed me to stop reporting; I did as instructed.

2) My 03' California conviction, a he-say, she-say, non-forensic offense conviction of which the listed named victim testified in open court under oath that the prosecutor was a liar; that she had not been victimized by me. Yet I endued fourteen years of slavery. At the scheduled White farce and sham revocation hearing I was denied all mitigation witnesses to establish my defense. All in violation of my federal constitutional rights as hell by the U.S. Supreme Court in Morrissey V Brewer, 408 U.S. 417(1972).

I am a seventy-two year old Black man, high risk to the COVID-19 virus; hospitalized for the last seven months, tube fed in poor health; a sixties Vietnam-era veteran; sixties 'Black Panther', human and civil rights advocate. A proud noble American patriot who loves his country and for what it stanza for. Millions upon millions of Americans have fought and died so that every American would be entitled to fairness and justice as dictated by due process of law.

Even if I didn't report in 1998 and to include my wrongful California conviction, I don't desire to die in an Ohio prison in my twilight-years as punishment. I have committed no new offenses in Ohio since my non-aggravated offense in 1983.

For the record and for the world to know of the OPB racial disparate in treatment between White and Black offenders, my two equally sentenced White co-defendants were granted their final discharge some 33-years (1987). Must be nice to be White in Ohio. AKA White racism. I want to live, I desperately want to live like everyone else.

I don't deserve to die in prison because of some ancient unproven technical violation. If no decent human being will intercede and expose this racism; I will die in prison; another Black man's death to the victim of racist God.