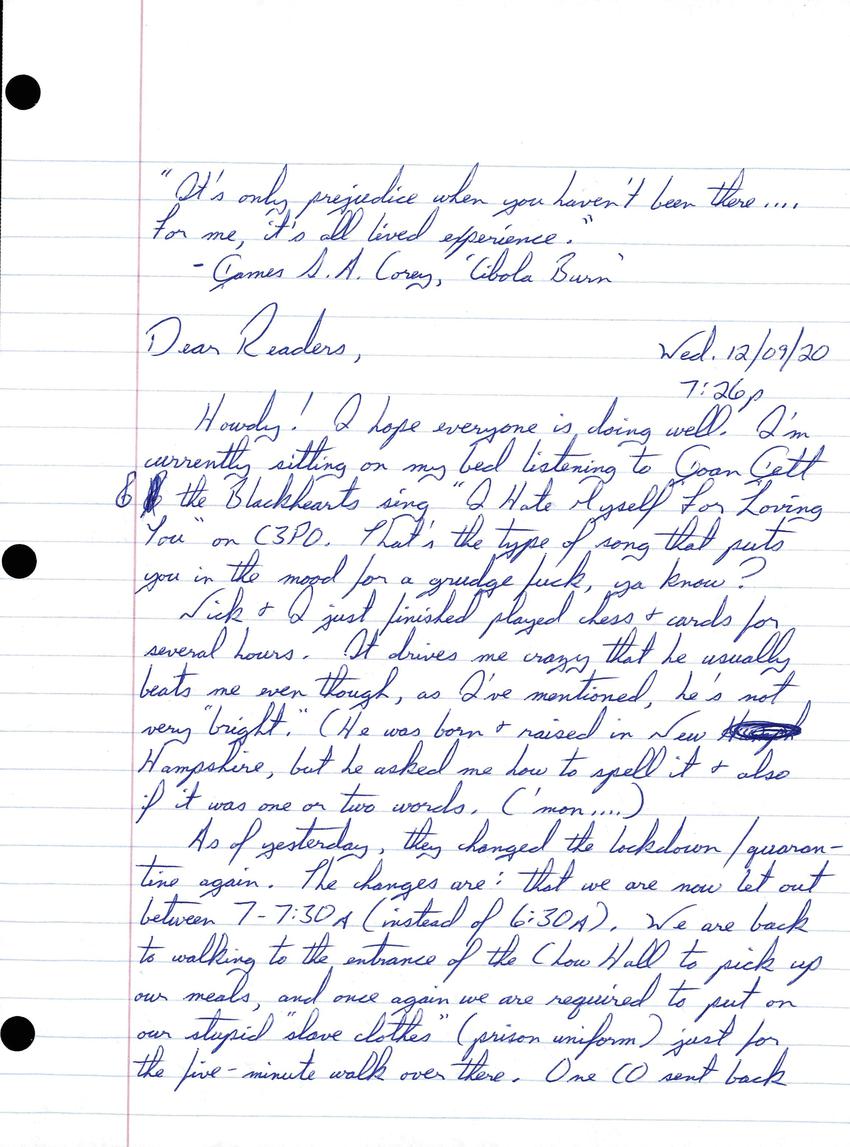 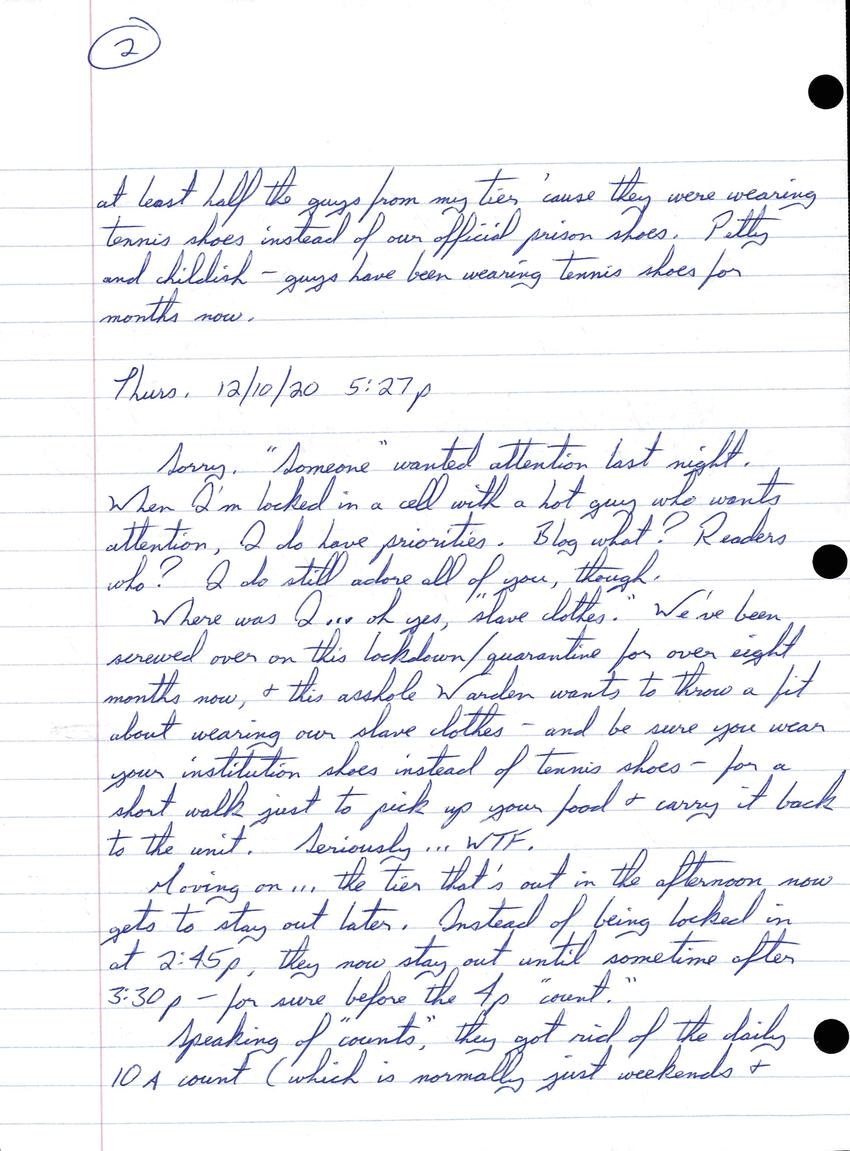 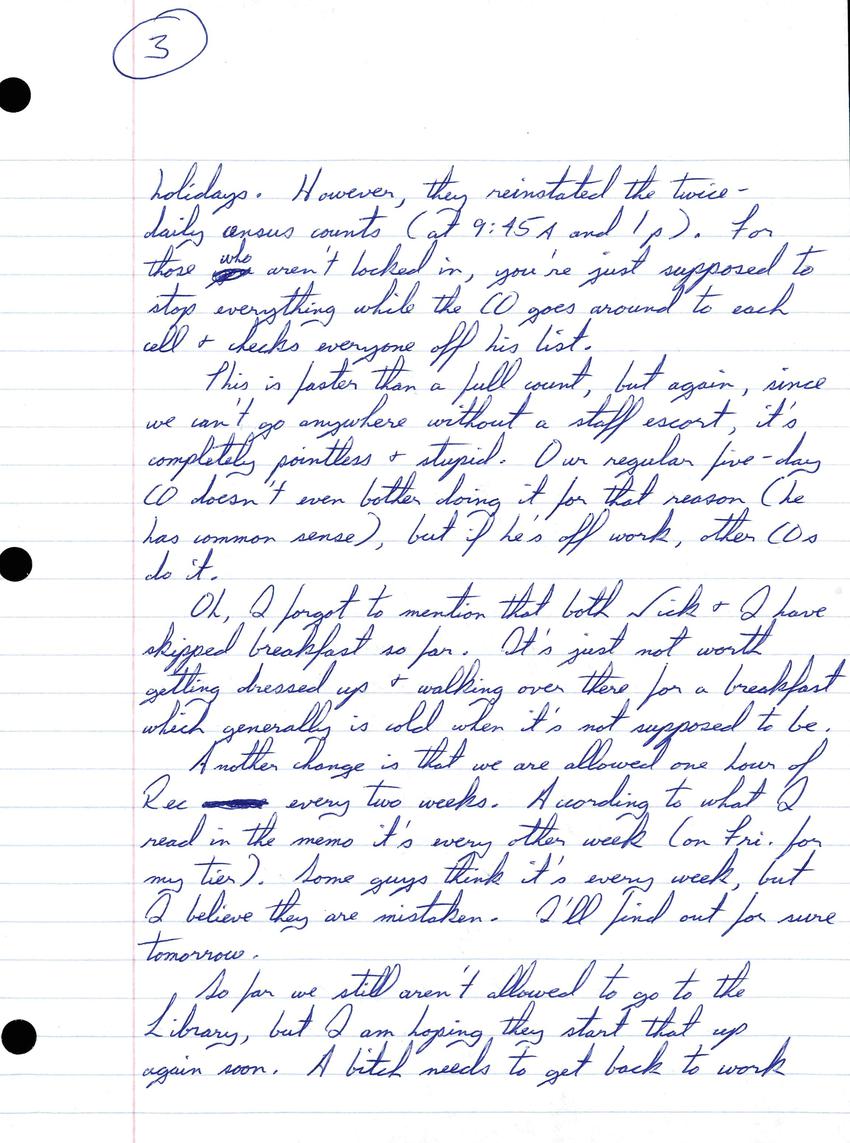 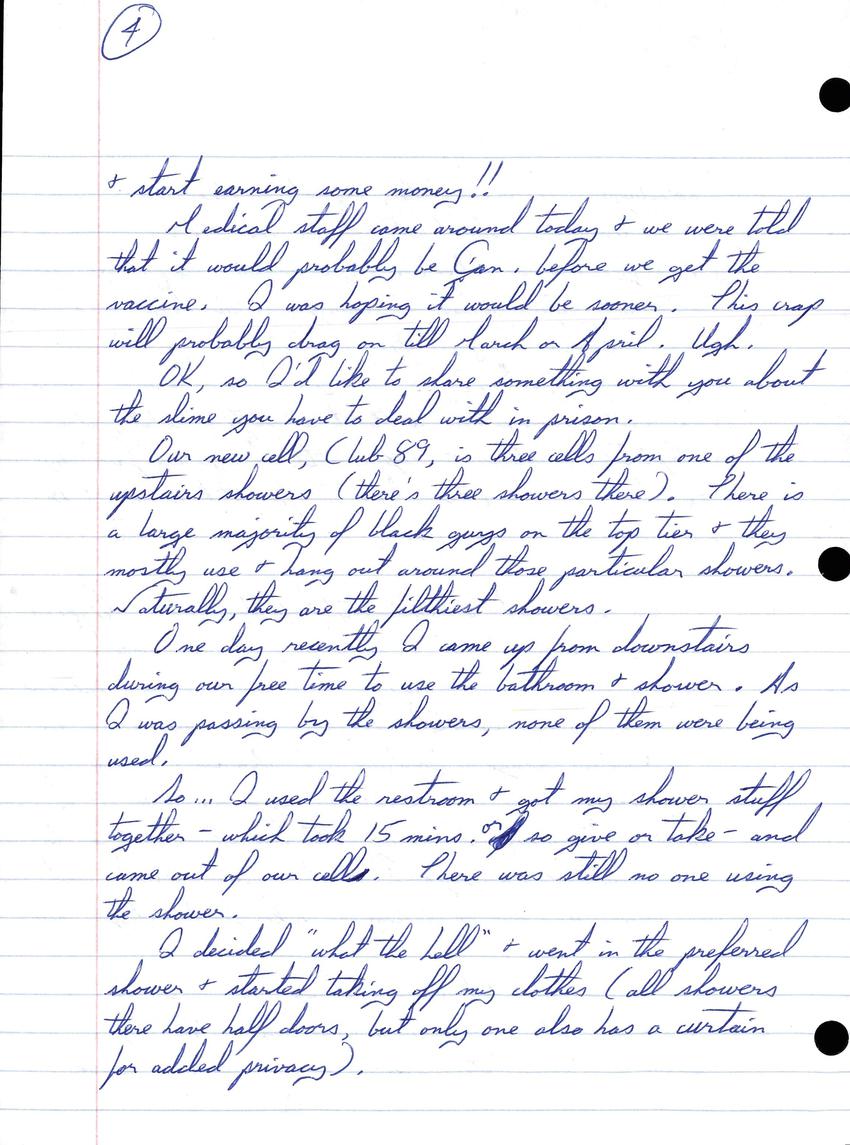 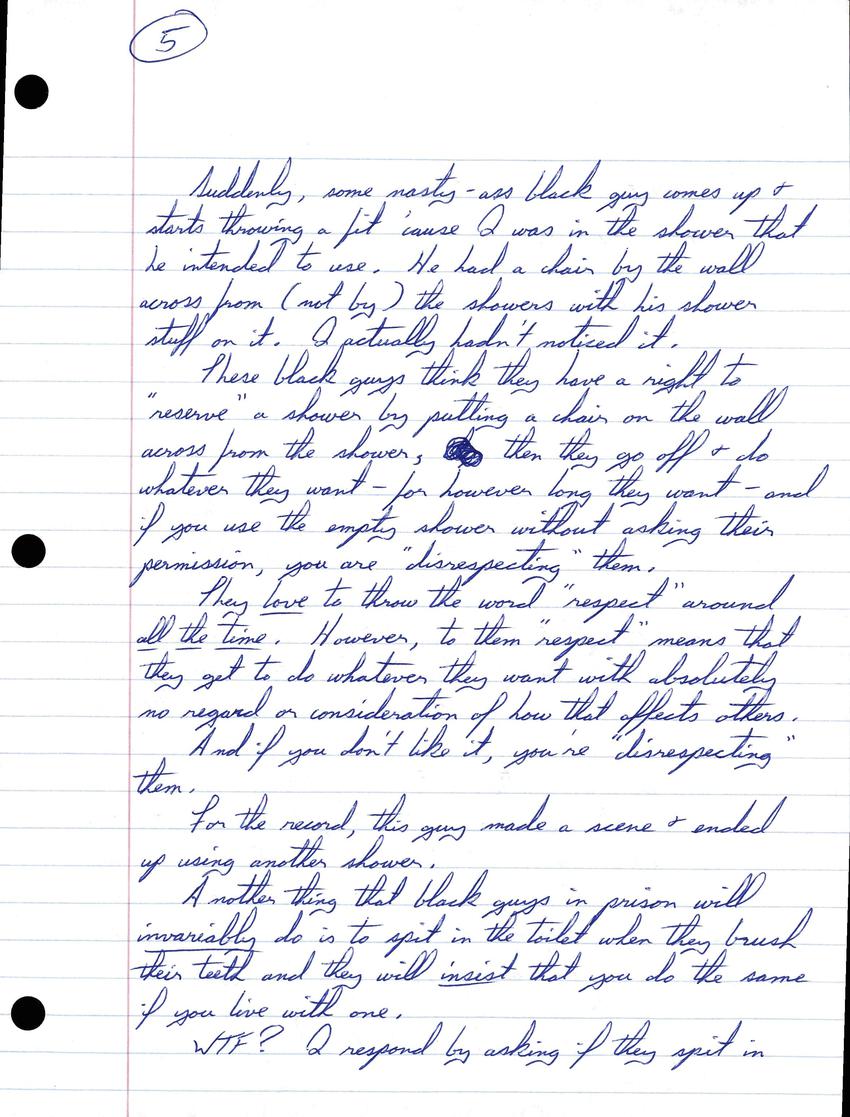 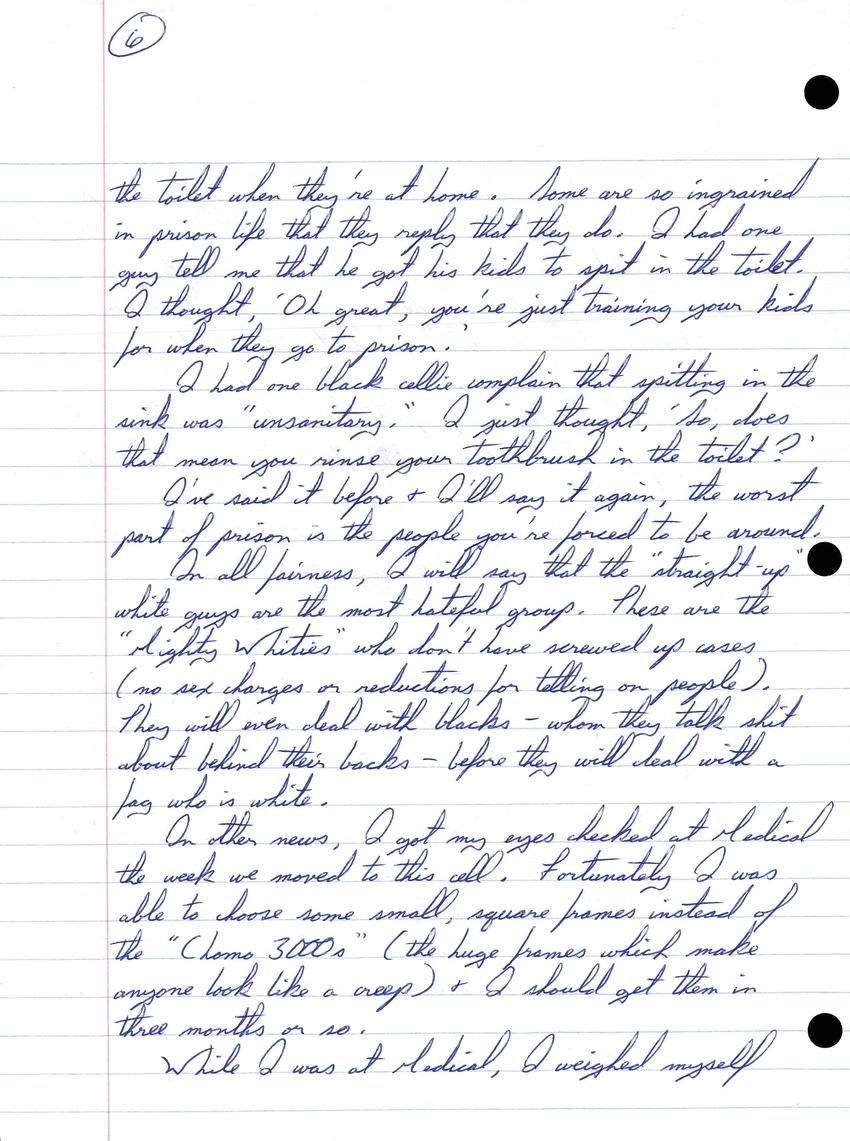 "It;s only prejudice when you haven't been there... For me, it's all lived experience." -James S.A. Corey, 'Libola Burn'

Dear Readers,
Howdy! I hope everyone is doing well. I'm currently sitting on my bed listening to Joan Jetts and the Blackhearts sing "I Hate Myself for Loving You" on C3PO. That's the type of song that puts you in the mood for a grudge luck, ya know?
Nick and I just finished playing chess and cards for several hours. It drives me crazy that he usually beats me even though, as I've mentioned, he's not very "bright." (He was born and raised in New Hampshire, but he asked me how to spell it and also if it was one or two words. C'mon...)
As of yesterday, they changed the lockdown/quarantine again. The changes are: that we are now let out between 7-7:30A (instead of 6:30A). We are back to walking to the entrance of the Clow Hall to pick up our meals, and once again we are required to put on our stupid "slave clothes" (prison uniforms) just for the five minute walk over there. One CO sent back at least half the guys from my tier cause they were wearing tennis shoes instead of our official prison shoes. Petty and childish- guys have been wearing tennis shoes for months now.

Thanks for writing! I worked on the transcription for your post. You had quite a lot to say and it was really interesting to learn a little more about your life in prison, especially the changes made during quarantine.