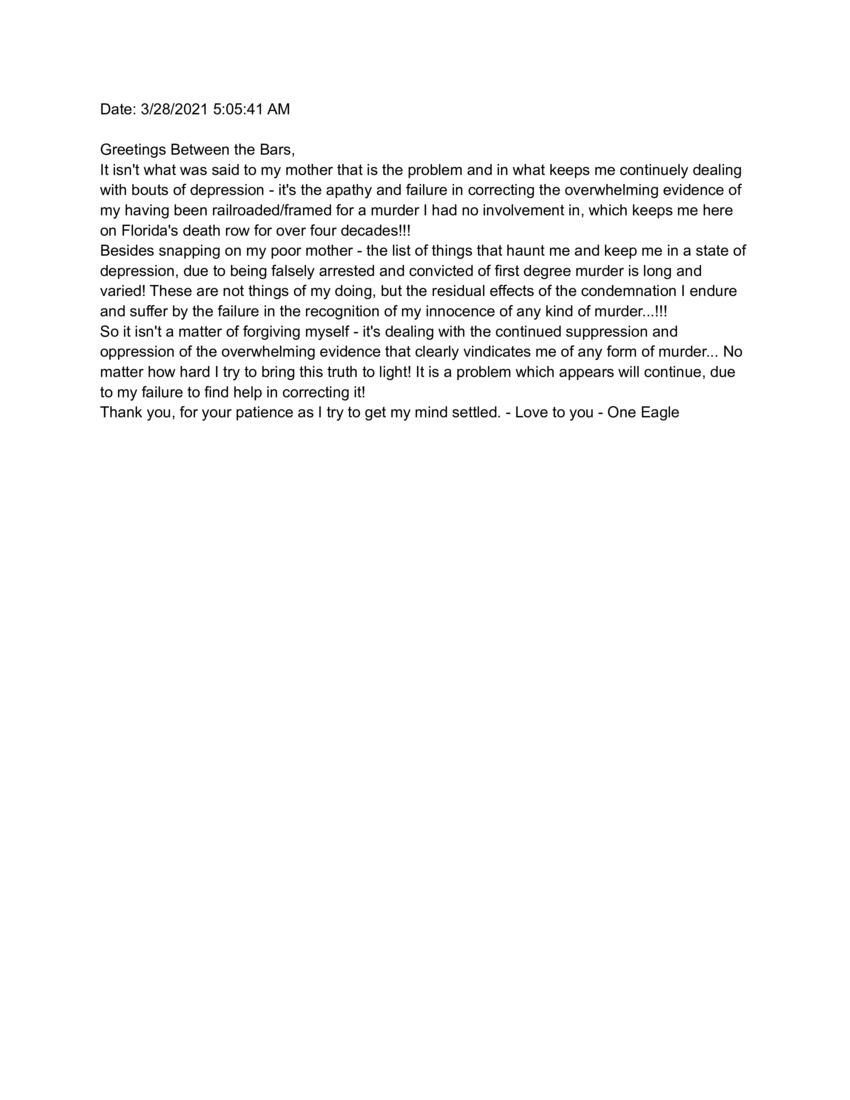 Greetings Between the Bars,

It isn't what was said to my mother that is the problem and in what keeps me continually dealing with bouts of depression - it's the apathy and failure in correcting the overwhelming evidence of my having been railroaded/framed for a murder I had no involvement in, which keeps me here on Florida's death row for over four decades!!!

Besides snapping on my poor mother - the list of things that haunt me and keep me in a state of depression, due to being falsely arrested and convicted of first degree murder is long and varied! These are not things of my doing, but the residual effects of the condemnation I endure and suffer by the failure in the recognition of my innocence of any kind of murder...!!!

So it isn't a matter of forgiving myself - it's dealing with the continued suppression and oppression of the overwhelming evidence that clearly vindicates me of any form of murder ... No matter how hard I try to bring this truth to light! It is a problem which appears will continue, due to my failure to find help in correcting it!

Thank you, for your patience as I try to get my mind settled. - Love to you - One Eagle

Thank you for writing, One Eagle. I'm so sorry for what you're going through and hope you will be set free by the truth without further delay. God bless.