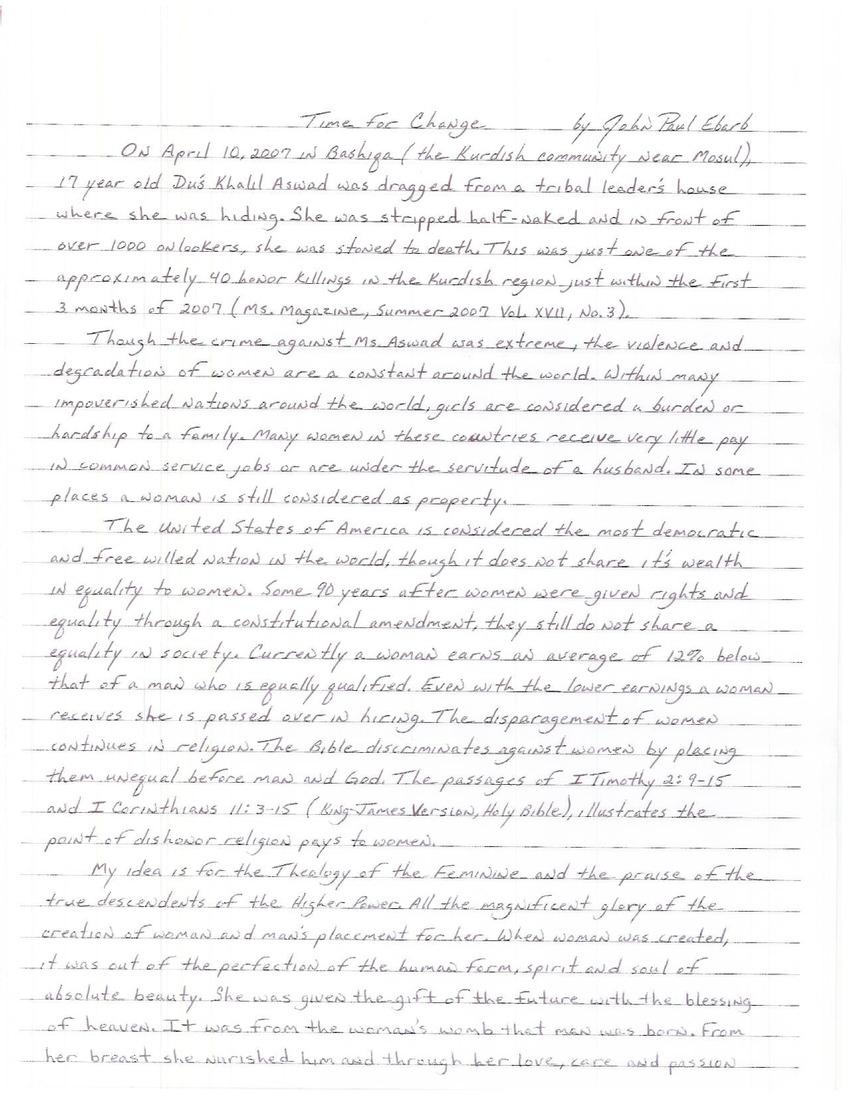 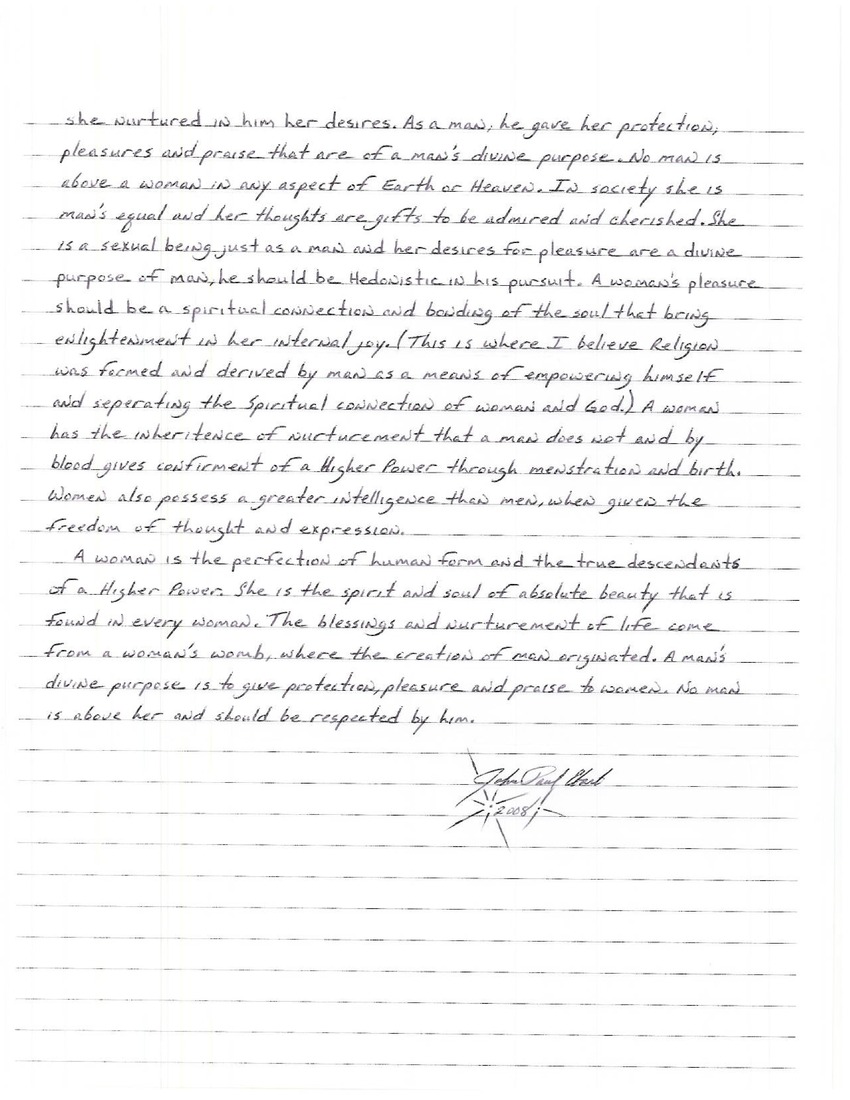 Time For Change by John Paul Ebarb
On April 10, 2007 in Bashigal (the Kurdish community near Mosul), 17 year old Dus Khalel Aswad was dragged From a tribal leader's house where she was hiding. She was stripped half-naked and in front of over 1000 onlookers, she was stoned to death. This was just one of the approximately 40 honor killings in the Kurdish region just within the First 3 months of 2007 (Ms. Magazine, Summer 2007 Vol XVII, No. 3).
Though the crime against Ms. Aswad was extreme, the violence and degradation of women are a constant around the world. Within many impoverished Nations around the world, girls are considered a burden or hardship to a family. Many women in these countries receive very little pay in common service jobs or are under the servitude of a husband. In some places a woman is still considered as property. The United States of America is considered the most democratic and free willed nation in the world, though it does not share it's wealth in equality to women. Some 90 years after women were given rights and equality through a constitutional amendment, they still do not share a equality in society. Currently a woman earns an average of 12% below that of a man who is equally qualified. Even with the lower earnings a woman receives she is passed over in hiring. The disparagement of women continues in religion. The Bible discriminates against woman by placing them unequal before man and God. The passages of I Timothy 2:9-15 and I Corinthians 11:3-15 (King-James Version, Holy Bible), illustrates the point of dishonor religion pays to women.
My idea is for the Theology of the Feminine and the praise of the true descendants of the Higher Power. All the magnificent glory of the creation of woman and man's placement for her. When woman was created, it was out of the perfection of the human form, spirit and soul of absolute beauty. She was given the gift of the future with the blessing of heaven. It was from the woman's womb that man was born. From her breast she nourished him and through her love, care and passion

she nurtured in him her desires. As a man, he gave her protection, pleasures and praise that are of a man's divine purpose. No man is above a woman in any aspect of Earth or Heaven. In society she is man's equal and her thoughts are gifts to be admired and cherished. She is a sexual being just as man and her desires for pleasure are a divine purpose of man, he should be hedonistic in his pursuit. A woman's pleasure should be a spiritual connection and bonding of the soul that bring enlightenment in her internal joy. (This is where I believe religion was formed and derived by man as means of empowering himself and separating the spiritual connection of woman and God.) A woman has the inheritance of nurturement that a man does not and by blood gives confirment of a higher power through menstruation and birth. Women also possess a greater intelligence than men, when given the freedom of thought and expression.
A woman is the perfection of human form and the true descendants of a higher power. She is the spirit and soul of absolute beauty that is found in every woman. The blessings and nurturement of life come from a woman's womb, where the creation of man originated. A man's divine purpose is to give protection, pleasure and praise to women. No man is above her and should be respected by him.