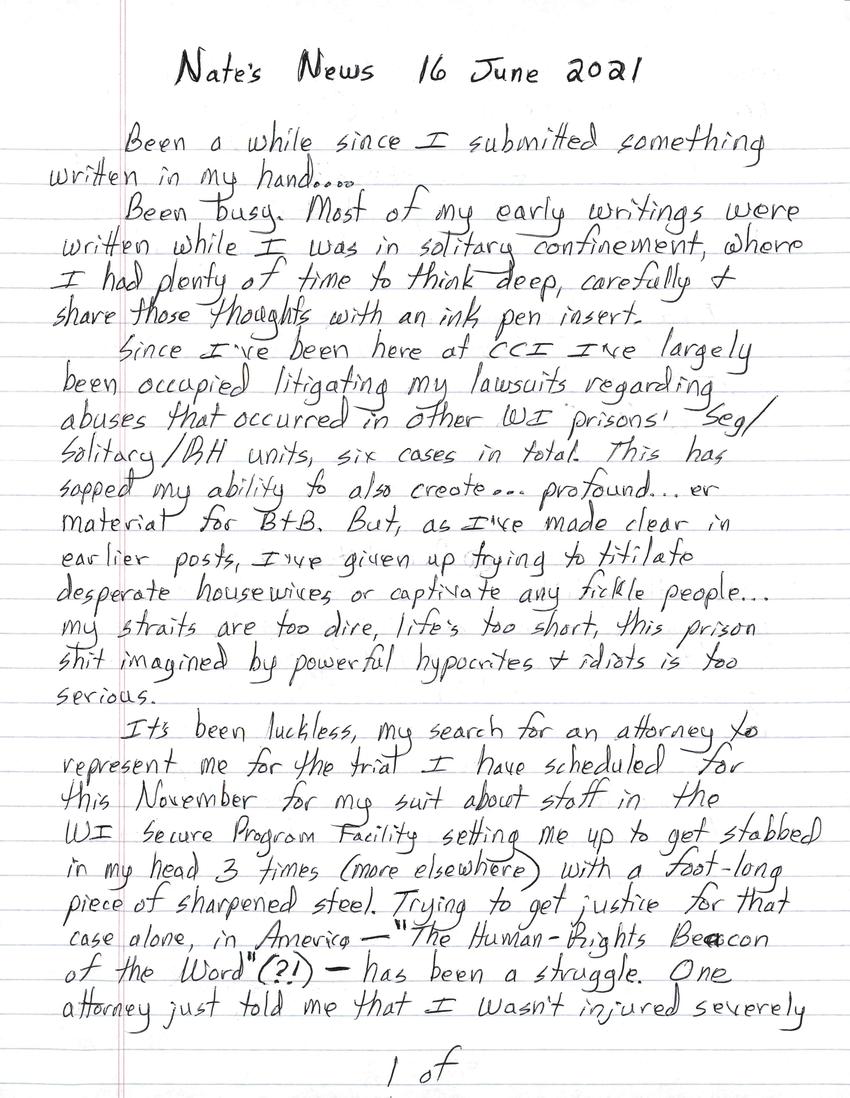 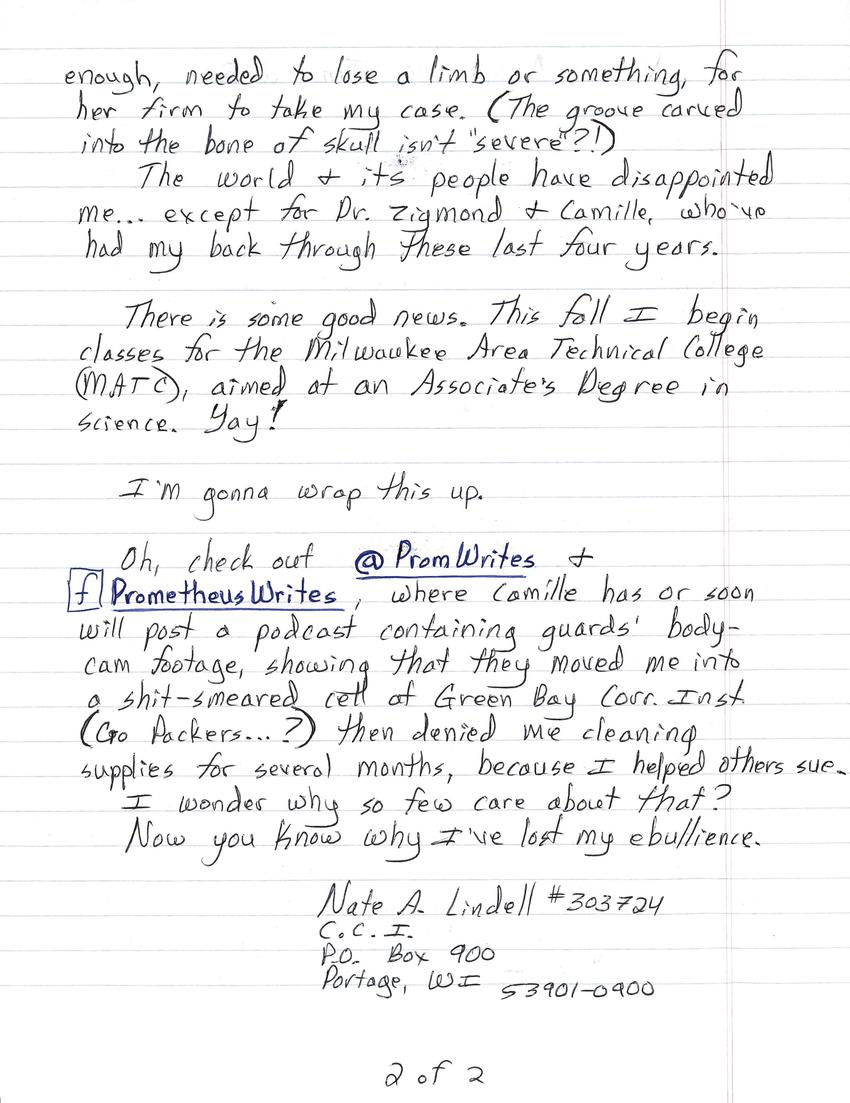 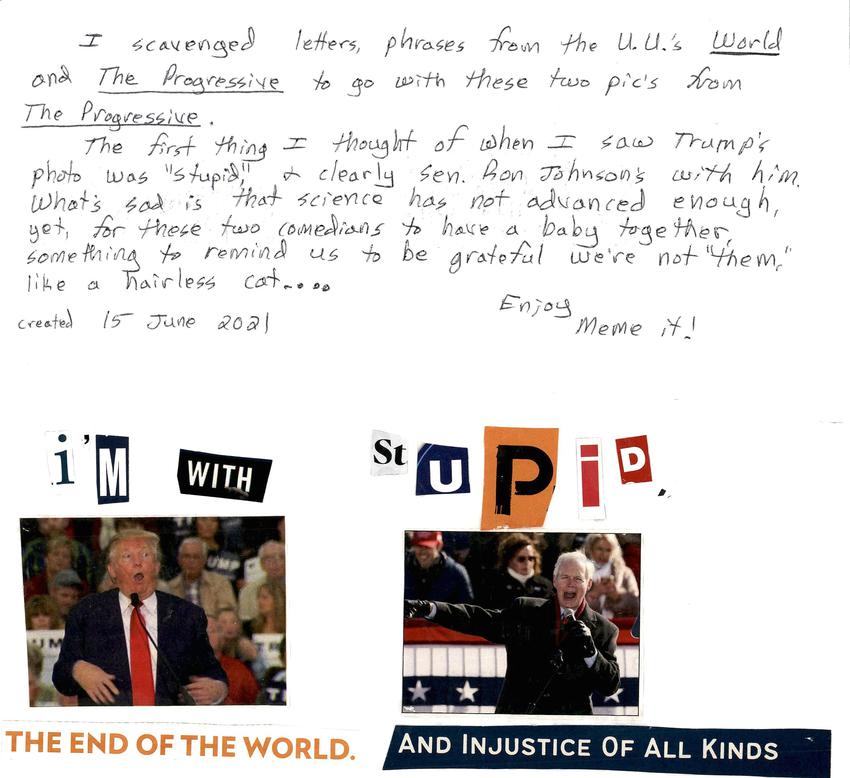 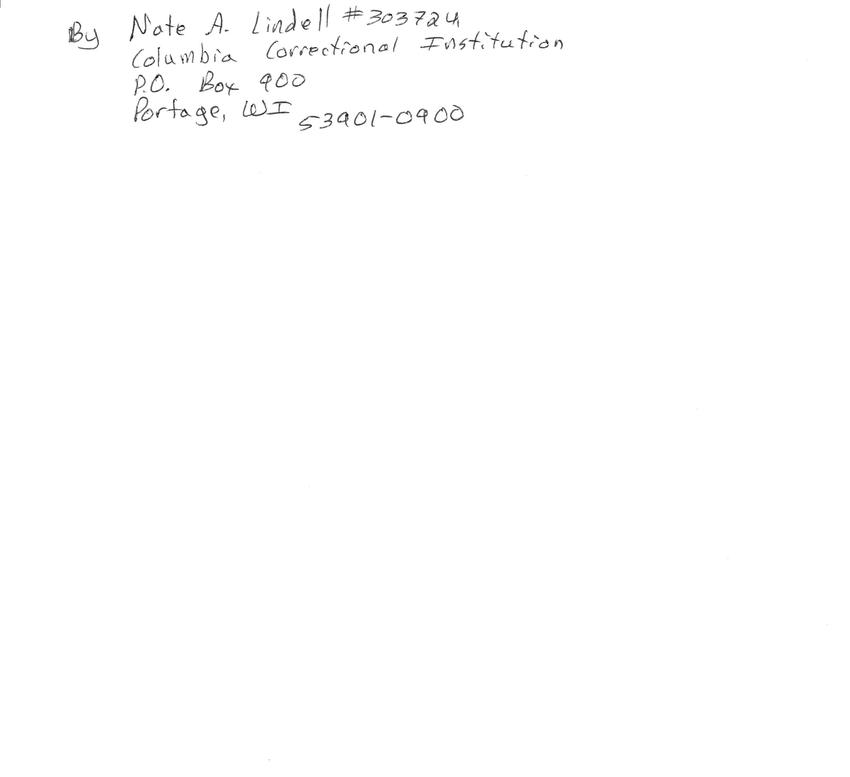 Nate's News 16 June 2021
Been a while since I submitted something written in my hand...
Been busy. Most of the early writings were written while I was in solitary confinement, where I had plenty of time to think deep, carefully and share those thoughts with an ink pen insert.
Since I've been here at CCI INE largely been occupied litigating my lawsuits regarding abuses that occurred in other WI prisons seg/solitary/RH units, six cases in total. This has sapped my ability to also create...profound...er material for B+B. But, as I've made clear in earlier posts, I've given up trying to titilate desperate housewives or captivate any fickle people...my straits are too dire, life's too short, this prison shit imagined by powerful hypocrites and idiots is too serious.
I've been luckless, my search for an attorney to represent me for the trial I have scheduled for this November for my suit about staff in the WI Secure Program Facility setting me up to get stabbed in my head 3 times (more elsewhere) with a foot-long piece of sharpened steel. Trying to get justice for that case alone, in America - "The Human-Rights Beacon of the Word"(?!)-has been a struggle. One attorney just told me that I wasn't injured severely enough, needed to lose a limb or something, for her firm to take my case. (The groove carved into the bone of skull isn't "severe"?!)
The world and its people have disappointed me...except for Dr. Zigmond and Camille, who've had my back through these last four years.
There is some good news. This fall I begin classes for the Milwaukee Area Technical College (MATC), aimed at an Associate's Defree in science. Yay!
I'm gonna wrap this up.
Oh, check out @PromWrites & PrometheusWrites, where Camilee has or soon will post a podcast containing guards' body-cam footage, showing that they moved me into a shit-smeared cell at Green Bay Corr. Inst (Go Packers...?) then denied me cleaning supplies for several months, because I helped others sue. I wonder why so few care about that? Now you know why I've lost my ebullience.
Nate A. Lindell #303724
C.C.I.
P.O. Box 900
Portage, WI 53901-0900

I scavenged letters, phrases from the U.U.'s World and The Progressive to go with these two pic's from The Progressive.
The first thing I thought of when I saw Trump's photo was "stupid," + clearly Sen. Ron Johnson's with him. What's sad is that science has not advanced enough, yet, for these two comedians to have a baby together, something to remind us to be grateful we're not "them," like a hairless cat...
Enjoy Meme it!
created 15 June 2021
[Picture description: "I'm with stupid," with above a picture of Trump looking shocked on the right and then on the left is a picture of Senator Ron Johnson pointing at Trump. Underneath the photos it says, "THE END OF THE WORLD. AND INJUSTICE OF ALL KINDS."]

Recently I have written you a letter since I would like to exchange letters with someone who will write on a regular base. I am yet unsure if you have received my letter since I have seen different kinds of addresses in the posts I have read from you.
I am very much a creative soul which is also why I had decided I would write to you. I write poetry and sometimes short texts.

If you have received my letter I will just await your reply, if not let me know if you still wish to correspond with new people

I wrote to the Biscobel address in your profile.
Best regards 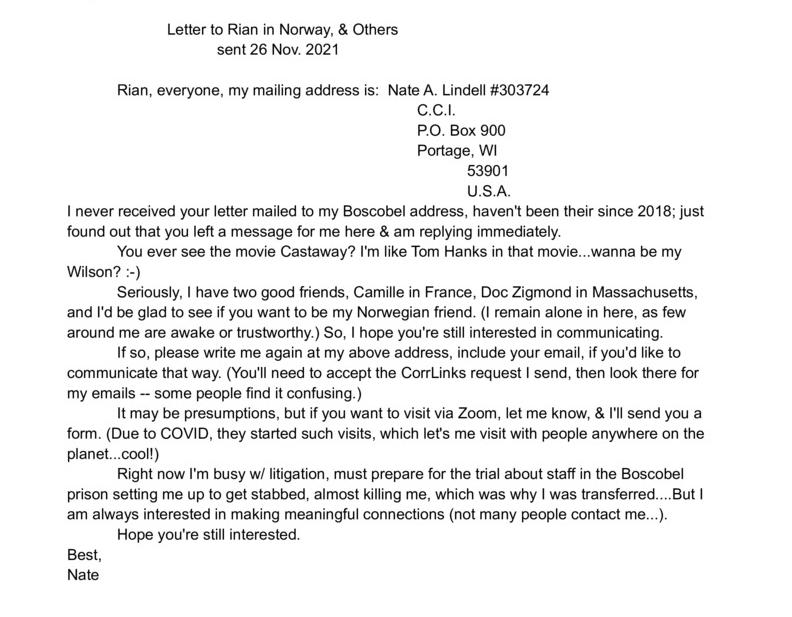 Thank you for your reply to my message and nice to read your reply! Yes I will write to you by postal mail, and will start a letter tomorrow right away!

I will tell you more about myself when I write you and look forward to corresponding with you, I hope you will remain well after what you have described.
You seem an interesting person from your profile which I have read on this between the bars site.

You made me laugh about that film, yeah I have seen it. I will take the offer to be your Wilson, lol!!! Its a good film though with depth too.
Seriously Nate, I will write you and look forward to corresponding,