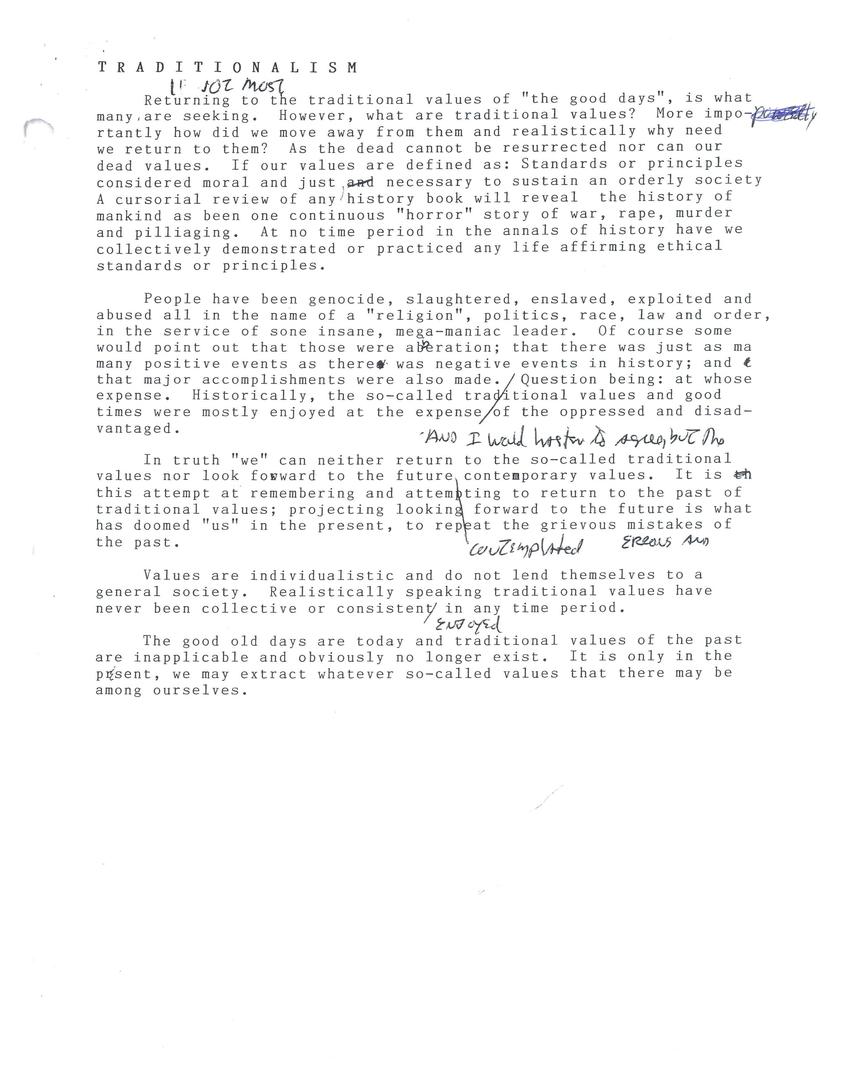 Returning to the traditional values of "the good days", is what many are seeking. However, what are traditional values? More importantly how did we move away from them and realistically why need we return to them? As the dead cannot be resurrected nor can our dead values. If our values are defined as: Standards or principles considered moral and just necessary to sustain an orderly society. A cursorial review of any history book will reveal the history of mankind as been one continuous "horror" story of war, rape, murder and pillaging. At no time period in the annals of history have we collectively demonstrated or practiced any life affirming ethical standards or principles.

People have been genocide, slaughtered, enslaved, exploited and abused all in the name of a "religion", politics, race, law and order, in the service of some insane, mega-maniac leader. Of course some would point out that those were aberration; that there was just as many positive events as there was negative events in history; and that major accomplishments were also made. Question being: at whose expense. Historically, the so-called traditional values and good times were mostly enjoyed at the expense of the oppressed and disadvantaged.

In truth "we" can neither return to the so-called traditional values nor look forward to the future contemplated contemporary values. It is this attempt at remembering and attempting to return to the past of traditional values; projecting looking forward to the future is what has doomed "us" in the present, to repeat the grievous mistakes of the past.

Values are individualistic and do not lend themselves to a general society. Realistically speaking traditional values have never been collective or consistent in a any time period.

The good old days are today and traditional values of the past are inapplicable and obviously no longer exist. It is only in the present, we may extract so-called values that there may be among ourselves.