What Is The Soul? 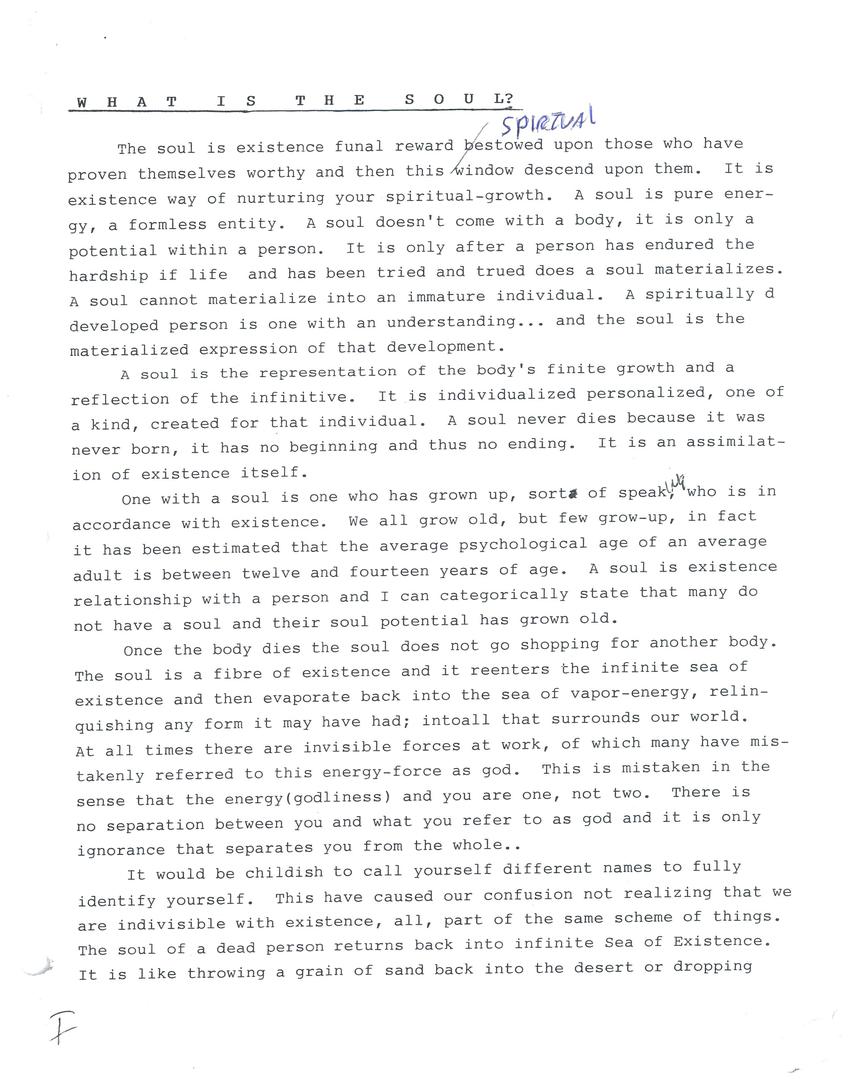 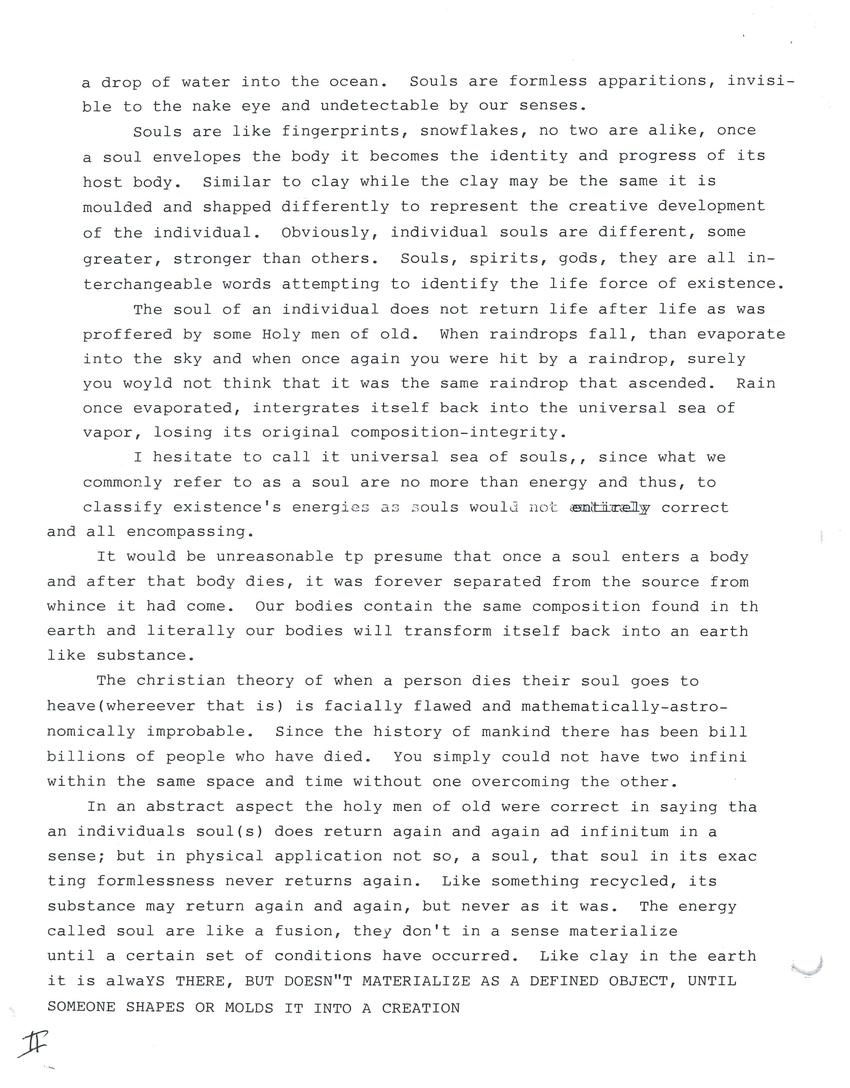 WHAT IS THE SOUL?

The soul is existence funal reward bestowed upon those who have proven themselves worthy and then this spiritual window descend upon them. It is existence way of nurturing your spiritual-growth. A soul is pure energy, a formless entity. A soul doesn't come with a body, it is only a potential within a person. It is only after a person has endured the hardship if life and has been tried and trued does a soul materializes. A soul cannot materialize into an immature individual. A spiritually developed person is one with an understanding... and the soul is the materialized expression of that development.
A soul is the representative of the body's finite growth and a reflection of the infinitive. It is individualized personalized, one of a kind, created for that individual. A soul never dies because it was never born, it has no beginning and thus no ending. It is an assimilation of existence itself.
One with a soul is one who has grown up, sort of speaking, who is in accordance with existence. We all grow old, but few grow-up, in fact it has been estimated that the average psychological age of an average adult is between twelve and fourteen years of age. A soul is existence relationship with a person and I can categorically state that many do not have a soul and their soul potential has grown old.
Once the body dies the soul does not go shopping for another body. The soul is a fiber of existence and it reenters the infinite sea of existence and then evaporate back into the sea of vapor-energy, relinquishing any form it may have had; into all that surrounds our world. At all times there are invisible forces at work, of which many have mistakenly referred to this energy-force as god. This is mistaken in the sense that the energy (godliness) and you are one, not two. There is no separation between you and what you refer to as god and it is only ignorance that separates you from the whole...
It would be childish to call yourself different names to fully identify yourself. This have caused our confusion not realizing that we are indivisible with existence, all, part of the same scheme of things. The soul of a dead person returned back into infinite Sea of Existence. It is like throwing a grain of sand back into the desert or dropping

a drop of water into the ocean. Souls are formless apparitions, invisible to the naked eye and undetectable by our sense.
Souls are like fingerprints, snowflakes, no two are alike, once a soul envelopes the body it becomes the identity and progress of its host body. Similar to clay while the clay may be the same it is molded and shaped differently to represent the creative development of the individual. Obviously, individual souls are different, some greater, stronger than others. Souls, spirits, gods, they are all interchangeable words attempting to identify the life force of existence.
The soul of an individual does not return life after life as was proffered by some Holy men of old. When raindrops fall, than evaporate into the sky and when once again you were hit by a raindrop, surely you would not think that it was the same raindrop that ascended. Rain once evaporated, integrates itself back into the universal sea of vapor, losing its original composition-integrity.
I hesitate to call it universal sea of souls, since what we commonly refer to as a soul are no more than energy and thus, to classify existence's energies as souls would not entirely correct and all encompassing.
It would be unreasonable to presume that once a soul enters a body and after that body dies, it was forever separated from the source from whence it had come. Our bodies contain the same composition found in the earth and literally our bodies will transform itself back into an earth like substance.
The Christian theory of when a person dies their soul goes to heave (wherever that is) is facially flawed and mathematically-astronomically improbable. Since the history of mankind there has been billions of people who have died. You simply could not have two infinite within the same space and time without one overcoming the other.
In an abstract aspect the holy men of old were correct in saying that an individuals soul(s) does return again and again ad infinitum in a sense; but in physical application not so, a soul, that soul in its exacting formlessness never returns again. Like something recycled, its substance may return again and again, but never as it was. The energy called soul are like a fusion, they don't in a sense materialize until a certain set of conditions have occurred. Like clay in the earth it is alwaYS THERE, BUT DOESN'T MATERIALIZE AS A DEFINED OBJECT, UNTIL SOMEONE SHAPES OR MOLDS IT INTO A CREATION.