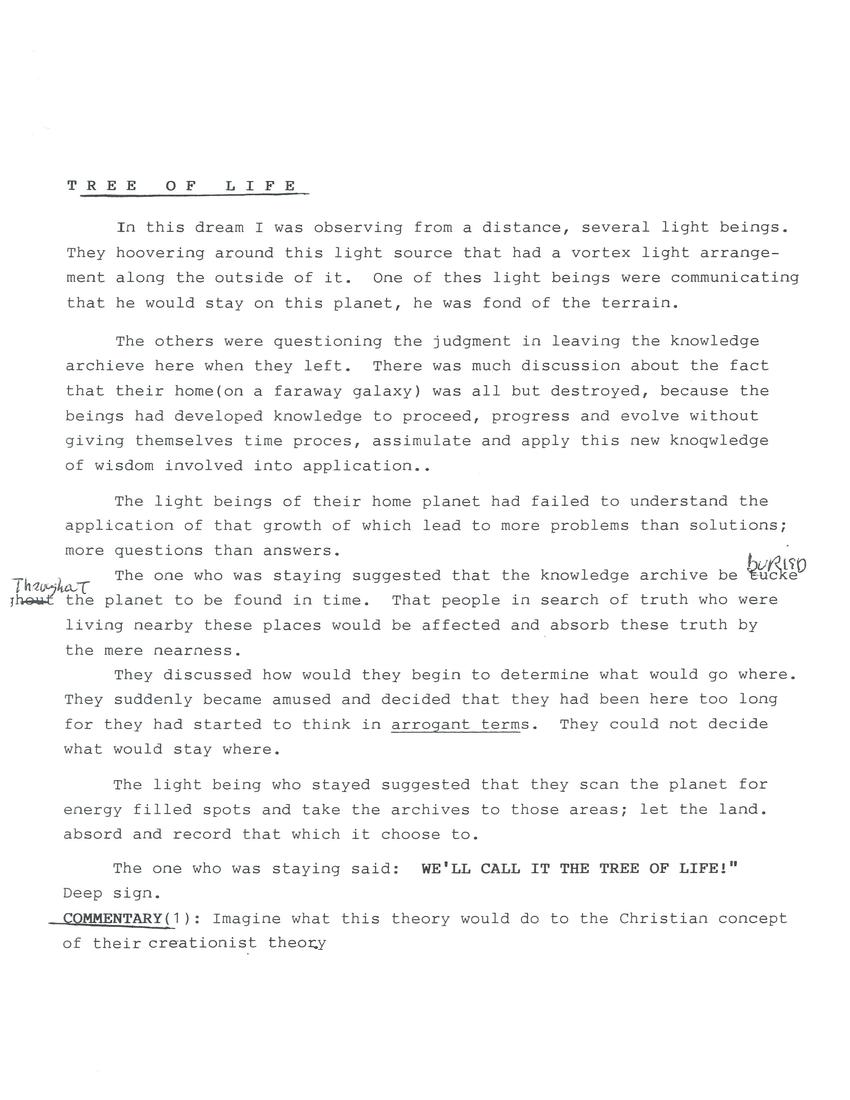 In this dream I was observing from a distance, several light beings. They hoovering around this light source that had a vortex light arrangement along the outside of it. One of these light beings were communicating that he would stay on this planet, he was fond of the terrain.
The others were questioning the judgement in leaving the knowledge archive here when they left. There was much discussion about the fact that their home (on a faraway galaxy) was all but destroyed, because the beings had developed knowledge to proceed, progress and evolve without giving themselves time process, assimilate and apply this new knowledge of wisdom involved into application...
The light beings of their home planet had failed to understand the application of that growth of which lead to more problems than solutions; more questions than answers.
The one who was staying suggested that the knowledge archive be buried throughout the planet to be found in time. That people in search of truth who were living nearby these places would be affected and absorb these truth by the mere nearness.
They discussed how would they begin to determine what would go where. They suddenly became amused and decided that they had been here too long for they had started to think in arrogant terms. They could not decide what would stay where.
The light being who stayed suggested that they scan the planet for energy filled spots and take the archives to those areas; let the land. Absorb and record that which it choose to.
The one who was staying said: WE'LL CALL IT THE TREE OF LIFE!" Deep sign.
COMMENTARY(1): Imagine what this theory would do to the Christian concept of their creationist theory.