On Raising Our Level 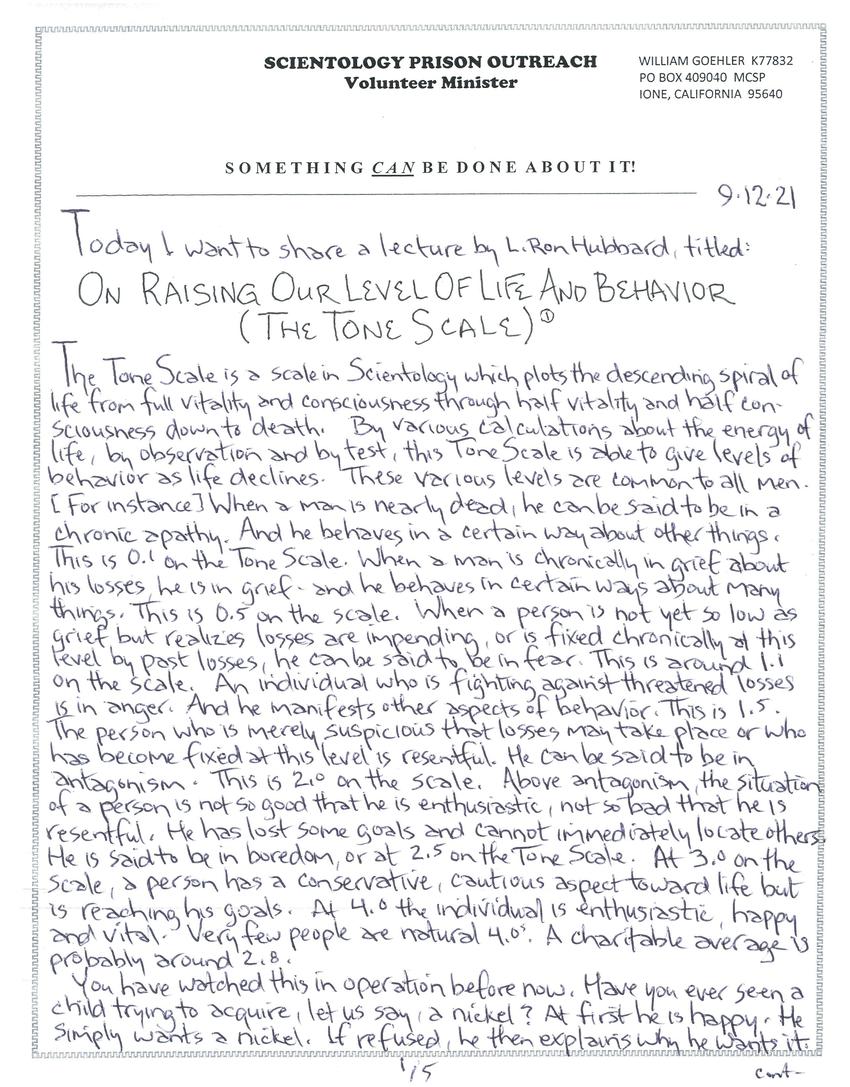 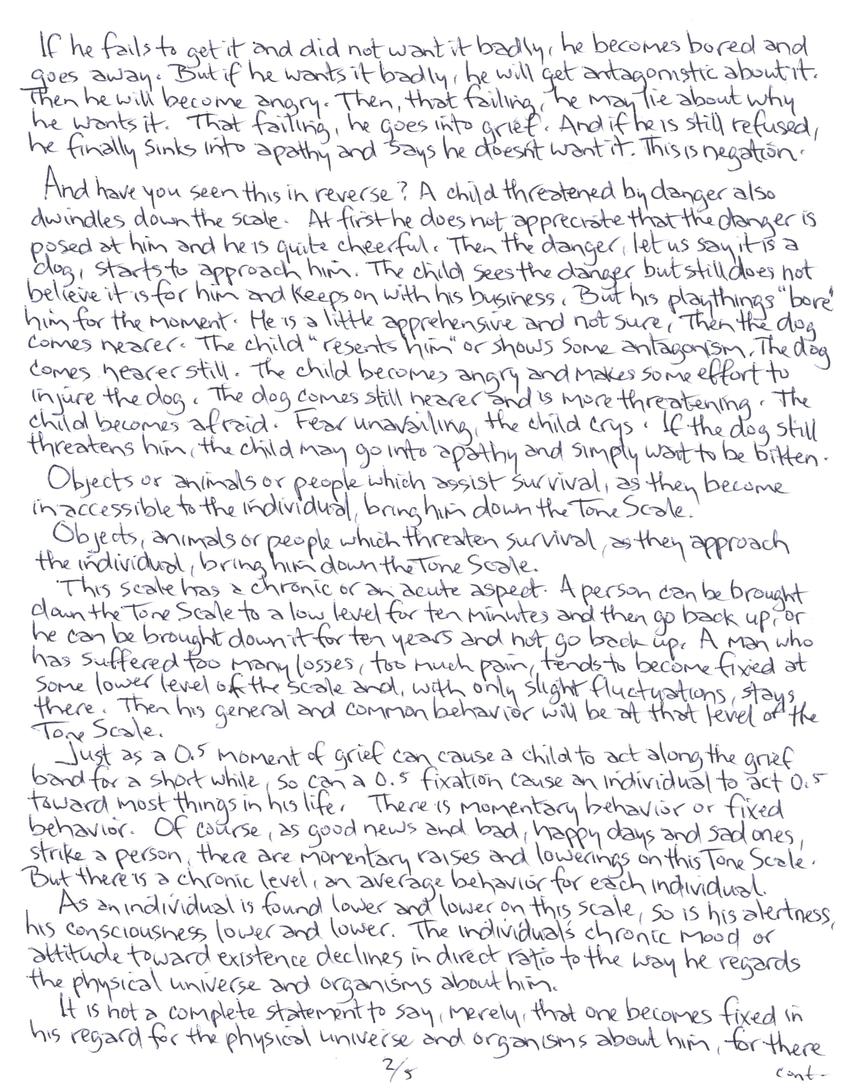 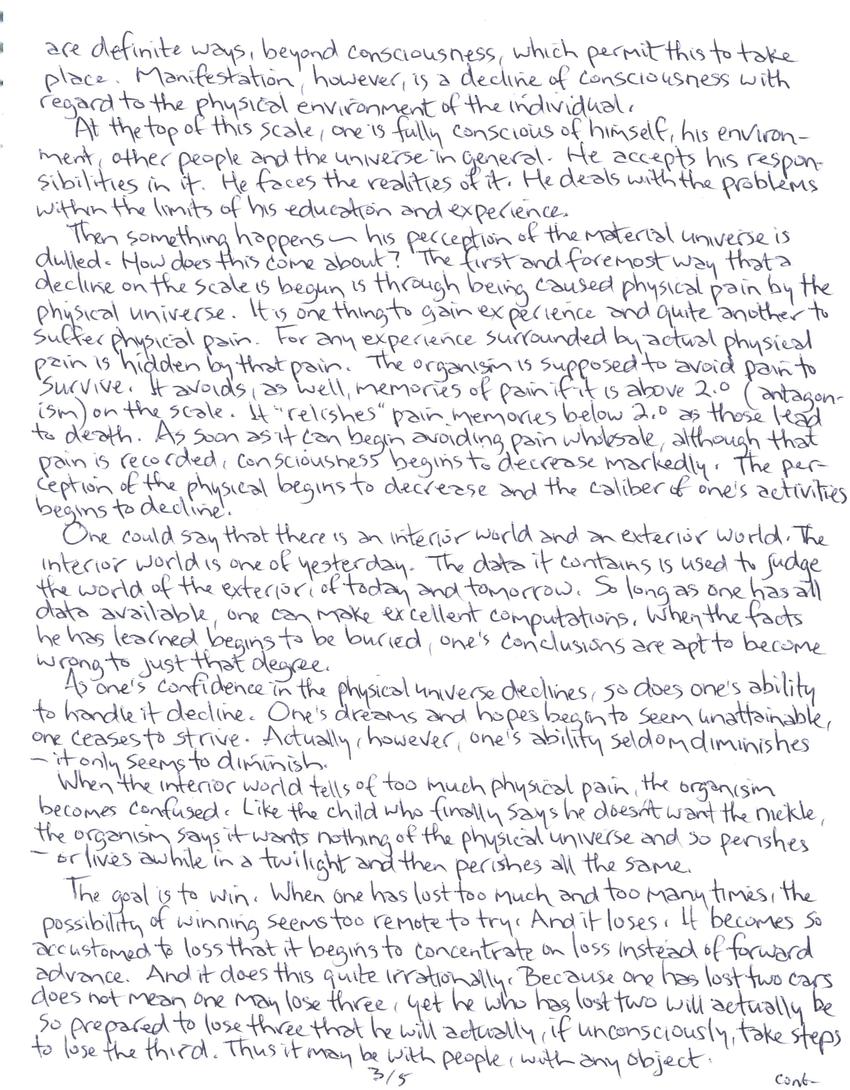 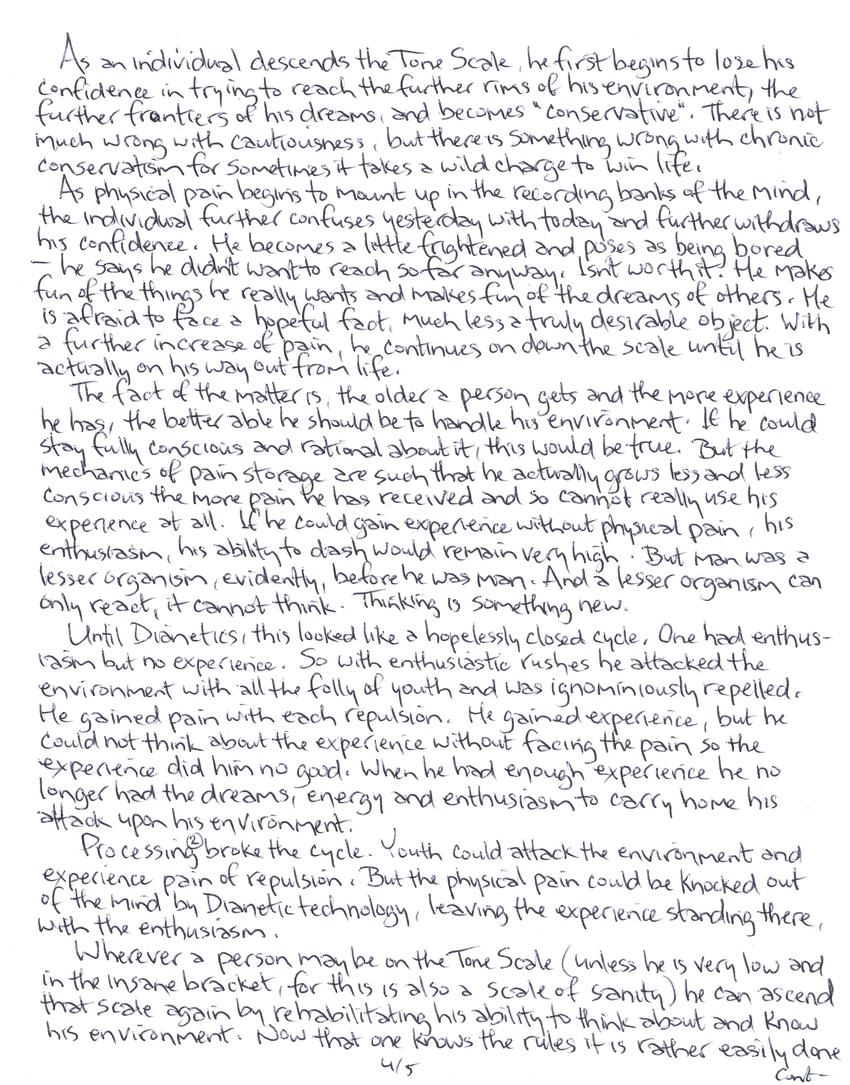 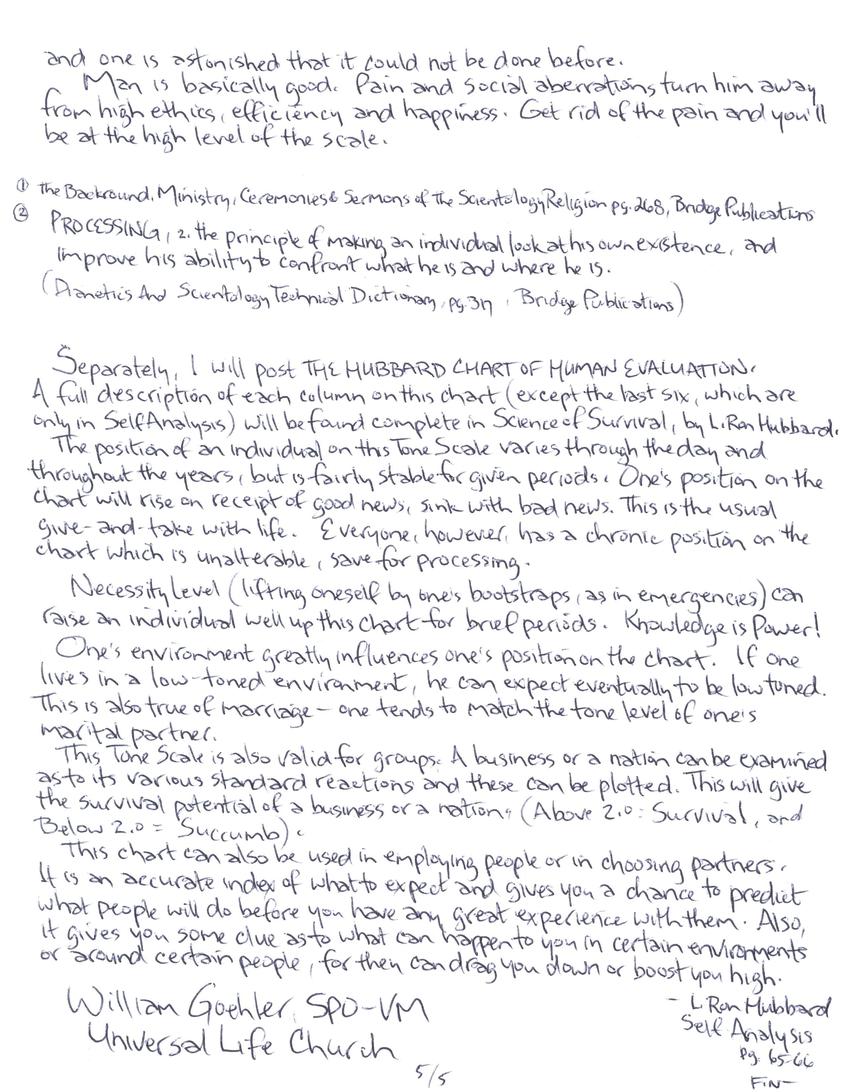 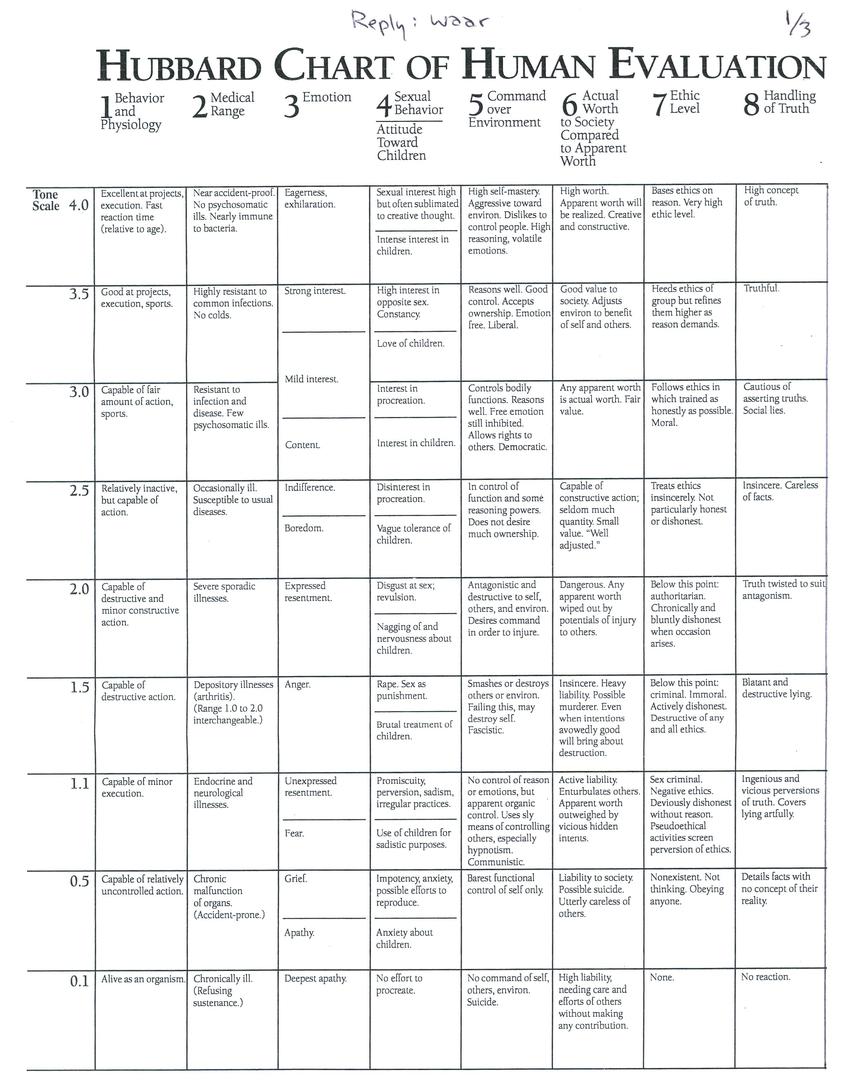 Today I want to share a lecture by L.Ron Hubbard Titled:

On Raising Our Level Of Life And Behavior
(The Tone Scale)

Separately, I will post it Hubert chart of human evaluation, a full description of each column on this chart (except the last six, which are only in self analysis) Will be found complete in science of survival, by L Ron Hubbard.
The position of an individual one on the stone scale varies through the day and throughout the years, but it's fairly stable forgiven.. Once position on this chart will rise on receipt of the news, sync with bad news. This is usual give-and-take with life. Everyone, however has a chronic position on the chart which is unalterable, save for processing.
Necessity level (lifting on self by ones bootstraps, as in emergencies) can raise an individual well of this chart for a brief periods. Knowledge is power!
One's environment greatly influences one's position on the chart. If one lives in a low tone environment, he can expect eventually to be low tuned. This is also true of marriage one times to match the tone levels by one's marital partner. The stone scale is also valid for groups. A business or a nation can be examined as to it's very standard's reactions and these can be plotted. This will give the survival potential of a business or a nation (above 2.0 equals survival, and below 2.0 equals succumb)
ThThis chart can also be used in employing people or in choosing partners. It is an accurate index of what expect what to expect and gives you a chance to predict what people will do before you have any great experience with them also it gives you some clues as to what can happen to you in a certain environment or around certain people, for then can't drag you down or boost your high.

Thanks for writing! I worked on the transcription for your post. It was extremely interesting!