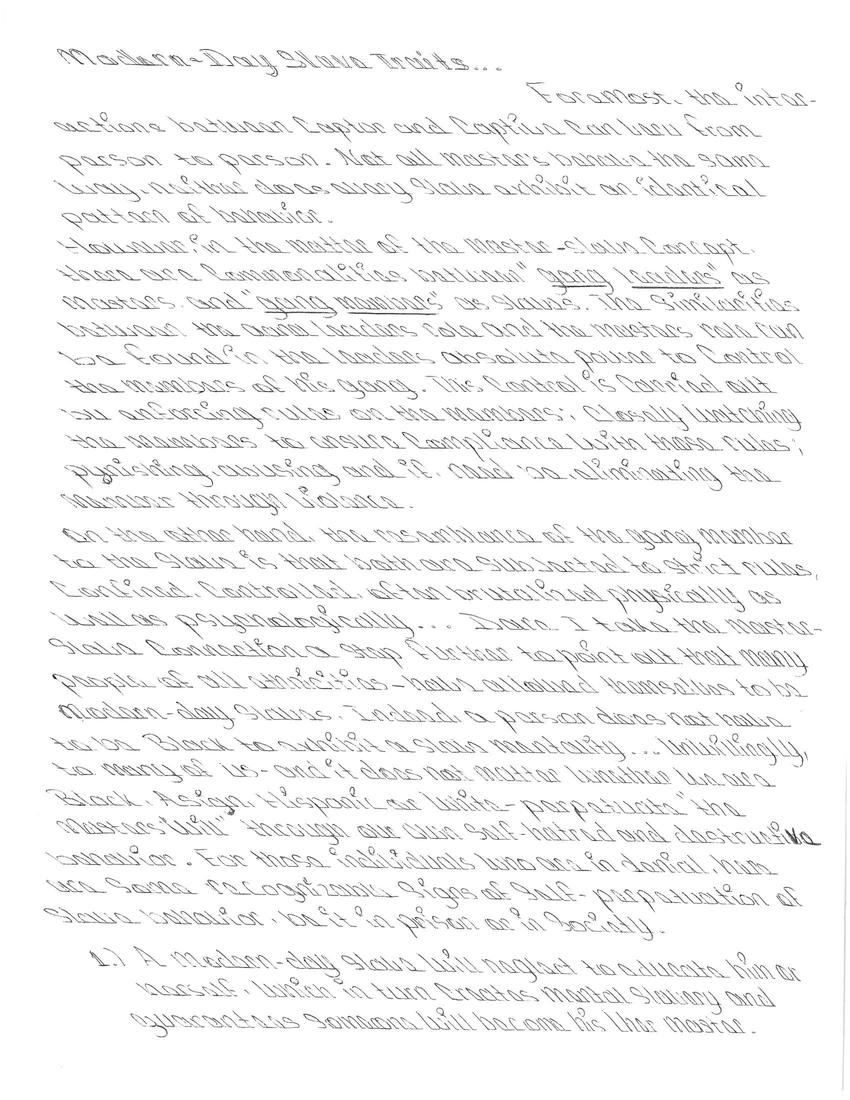 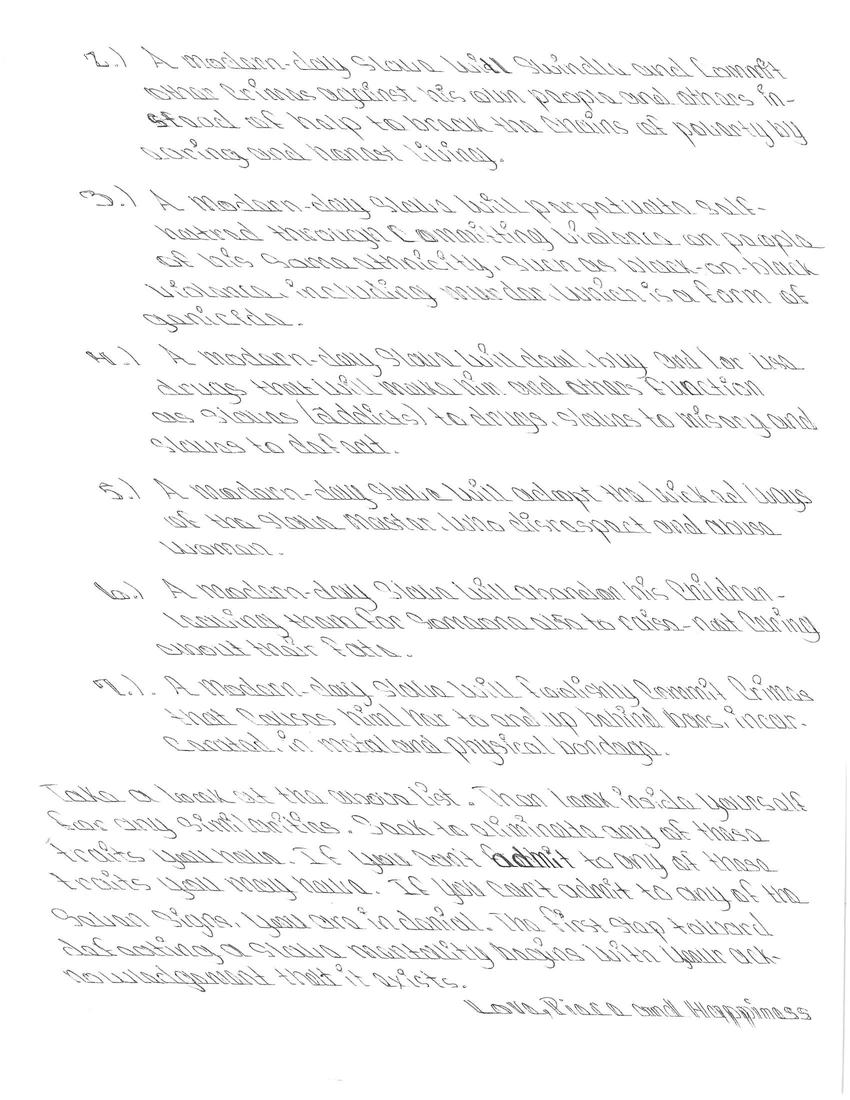 Foremost, the interactions between captor and captives can vary from person to person. Not all masters behave the same way neither do many slaves exhibit an identical pattern of behavior.

However, in the mater of the master-slave concept, there are commonalities between "gang leaders" as masters and "gang members" as slaves. The similarities between the gang leader's role and the master's role can be found in the leader's absolute power to control the members of his gang. This control is carried out by enforcing rules on the members; closely watching the members to ensure compliance with those rules; punishing, abusing and, if need be, eliminating the member through violence.

On the other hand, the resemblance of the gang member to the slave is that both are subjected to strict rules, confined, controlled, often physically and psychologically brutalized. Dare I take the master-slave connection a step further to point out that many people of all ethnicities have allowed themselves to be modern day slaves. Indeed, a person does not have to be black to exhibit a slave mentality. Unwillingly, many of us—and it does not matter whether we are black, Asian, Hispanic, or white—perpetuate "the master's will" through our own self-hatred and destructive behavior.

For those individuals who are in denial, here are some recognizable signs of self-perpetuation of slave behavior, be it in prison or in society.

The first step towards defeating a slave mentality begins with your acknowledgement that it exists.