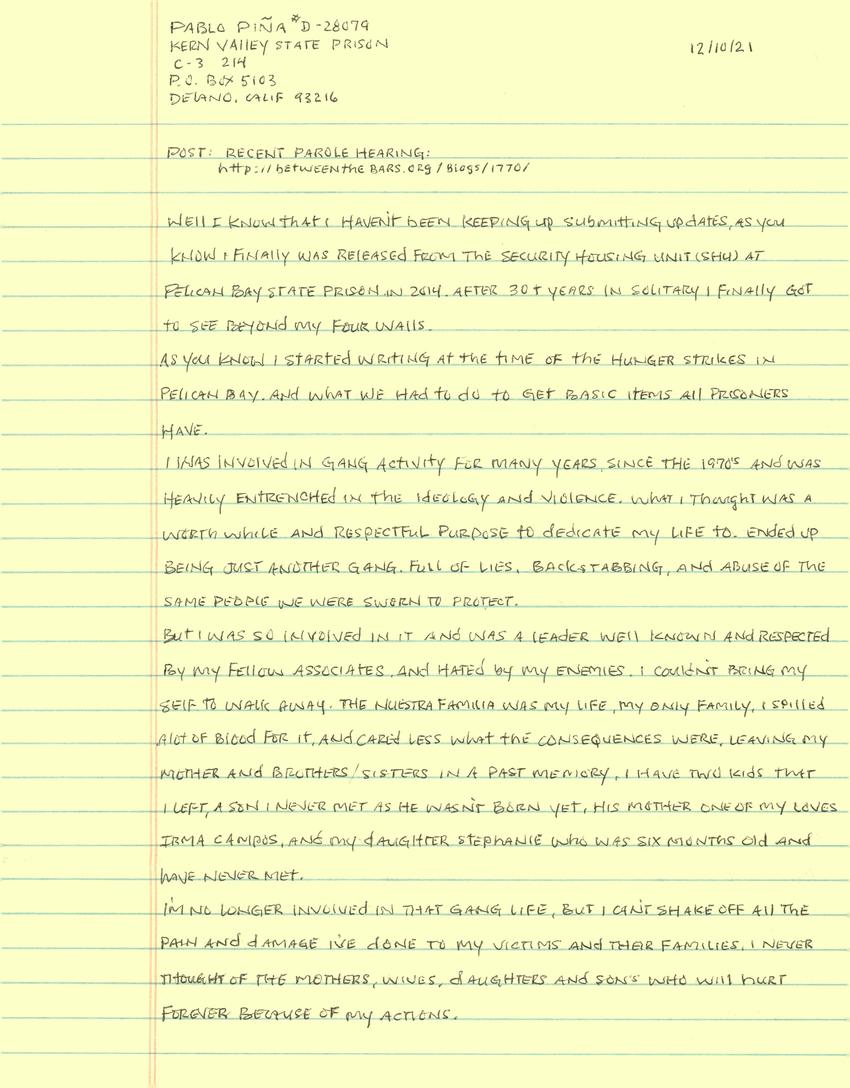 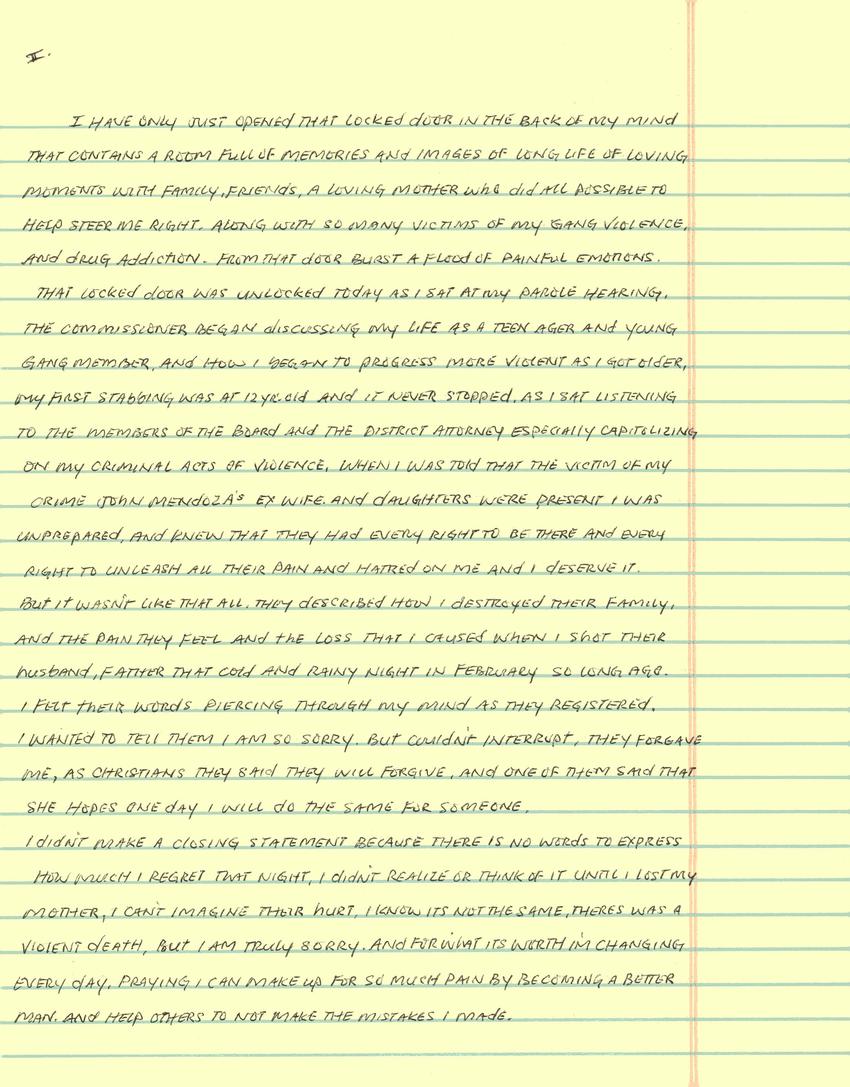 Well I know that I haven't been keeping up submitting updates, as you know I finally was released from the security housing unit (shy) at Pelican Bay State Prison in 2014. After 30+ years in solitary I finally get to see beyond my four walls.
As you know I started writing at the time of the hunger strikes in Pelican Bay. And what we had to do to get basic items all prisoners have.
I was involved in gang activity for many years since the 1970s and was heavily entrenched in the ideology and violence. What I thought was a worthwhile and respectful purpose to dedicate my life to. Ended up being just another gang. Full of lies, backstabbing, and abuse of the same people we were sworn to protect.
But I was so involved in it and was a leader well known and respected by my fellow associates, and hated by my enemies. I couldn't bring my self to walk away. The Nuestra Familia was my life, my only family, I spilled a lot of blood for it, and cared less what the consequences were, leaving my mother and brothers/sisters in a past memory, I have two kids that I left, a son I never met as he wasn't born yet, his mother one of my loves Irma Campos, and my daughter Stephanie who was six months old and have never met.
I'm no longer involved in that gang life, but I can't shake off all the pain and damage I've done to my victims and their families. I never thought of the mothers, wives, daughters and sons who will hurt forever because of my actions.

I have only just opened that locked door in the back of my mind that contains a room full of memories and images of long life of loving moments with family, friends, a loving mother who did all possible to help steer me right, along with so many victims of my gang violence, and drug addiction. From that door burst a flood of painful emotions that locked door was unlocked today as I sat at my parole hearing, the commissioner began discussing my life as a teen ager and young gang member, and how I began to progress more violent as I got older, my first stabbing was at 12 yrs old and it never stopped. As I sat listening to the memories of the board and the district attorney especially capitalizing on my criminal acts of violence, when I was told that the victim of my crime John Mendoza's ex wife and daughters were present I was unprepared, and knew that they had every right to be there and every right to unleash all their pain and hatred on me and I deserve it. But it wasn't like that all, they described how I destroyed their family, and the pain they feel and the loss that I caused when I shot their husband, father that cold and rainy night in February so long ago. I felt their words piercing through my mind as they registered. I wanted to tell them I am so sorry. But couldn't interrupt, they forgave me, as Christians they said they will forgive, and one of them said that she hopes one day I will do the same for someone.
I didn't make a closing statement because there is no words to express how much I regret that night, I didn't realize or think of it until I lost my mother, I can't imagine their hurt, I know its not the same, theres was a violent death, but I am truly sorry. And for what its worth I'm changing every day, praying I can make up for so much pain by becoming a better man and help others to not make the mistakes I made.