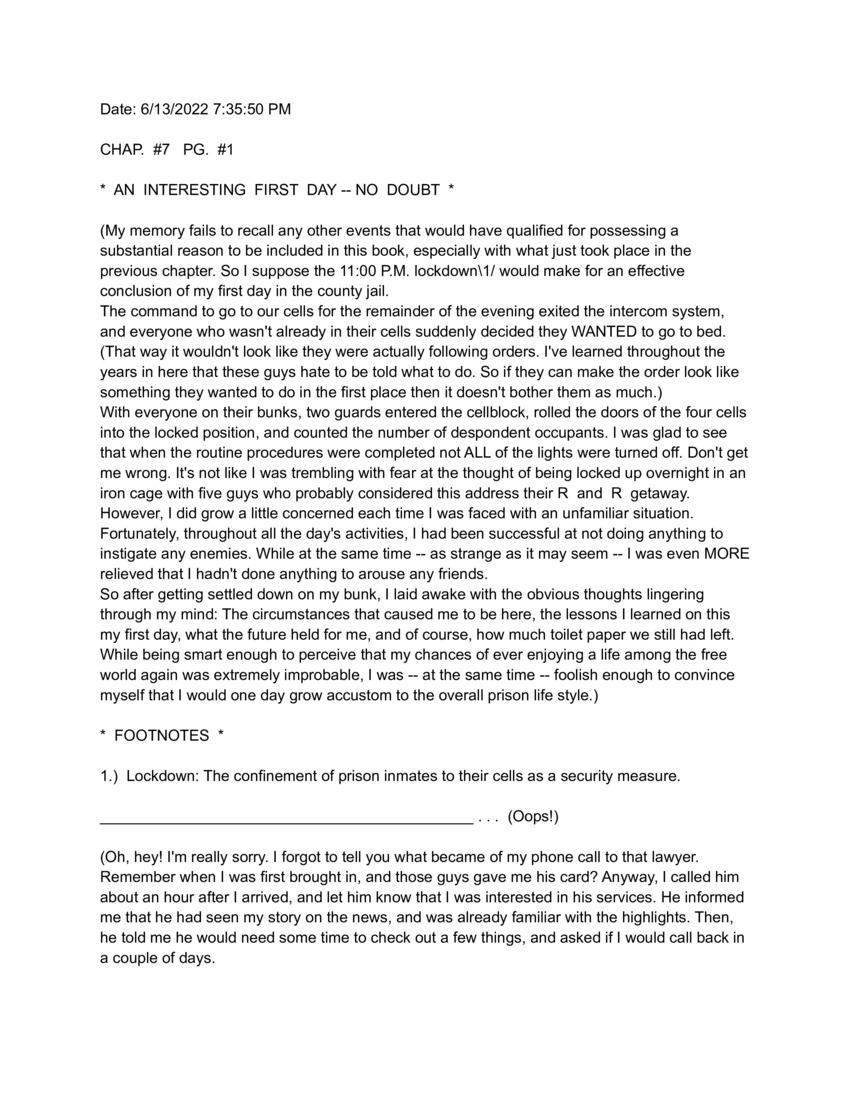 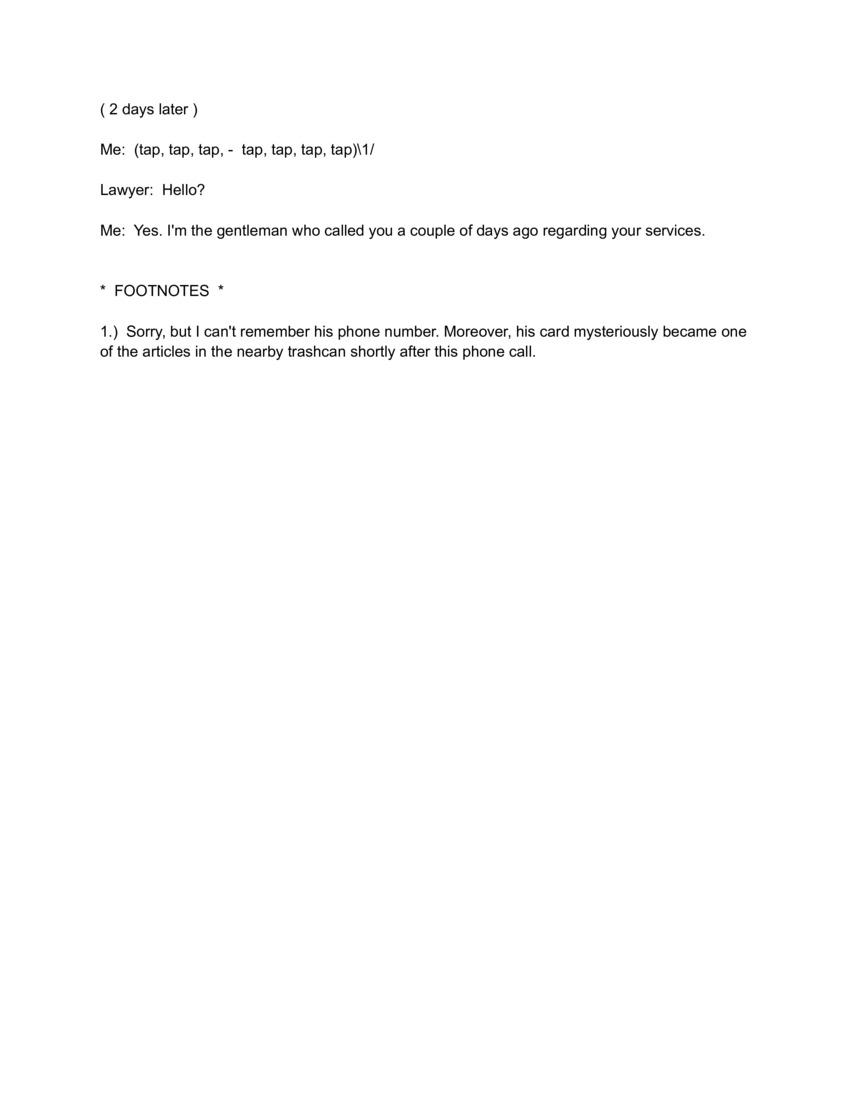 (My memory fails to recall any other events that would have qualified for possessing a substantial reason to be included in this book, especially with what just took place in the previous chapter. So I suppose the 11:00 P.M. lockdown 1/ would make for an effective conclusion of my first day in the county jail. The command to go to our cells for the remainder of the evening exited the intercom system, and everyone who wasn't already in their cells suddenly decided they WANTED to go to bed. (That way it wouldn't look like they were actually following orders. I've learned throughout the years in here that these guys hate to be told what to do. So if they can make the order look like something they wanted to do in the first place then it doesn't bother them as much.) With everyone on their bunks, two guards entered the cellblock, rolled the doors of the four cells into the locked position, and counted the number of despondent occupants. I was glad to see that when the routine procedures were completed not ALL of the lights were turned off. Don't get me wrong. It's not like I was trembling with fear at the thought of being locked up overnight in an iron cage with five guys who probably considered this address their R and R getaway. However, I did grow a little concerned each time I was faced with an unfamiliar situation. Fortunately, throughout all the day's activities, I had been successful at not doing anything to instigate any enemies. While at the same time -- as strange as it may seem -- I was even MORE relieved that I hadn't done anything to arouse any friends. So after getting settled down on my bunk, I laid awake with the obvious thoughts lingering through my mind: The circumstances that caused me to be here, the lessons I learned on this my first day, what the future held for me, and of course, how much toilet paper we still had left. While being smart enough to perceive that my chances of ever enjoying a life among the free world again was extremely improbable, I was -- at the same time -- foolish enough to convince myself that I would one day grow accustom to the overall prison life style.)

(Oh, hey! I'm really sorry. I forgot to tell you what became of my phone call to that lawyer. Remember when I was first brought in, and those guys gave me his card? Anyway, I called him about an hour after I arrived, and let him know that I was interested in his services. He informed me that he had seen my story on the news, and was already familiar with the highlights. Then, he told me he would need some time to check out a few things, and asked if I would call back in a couple of days.