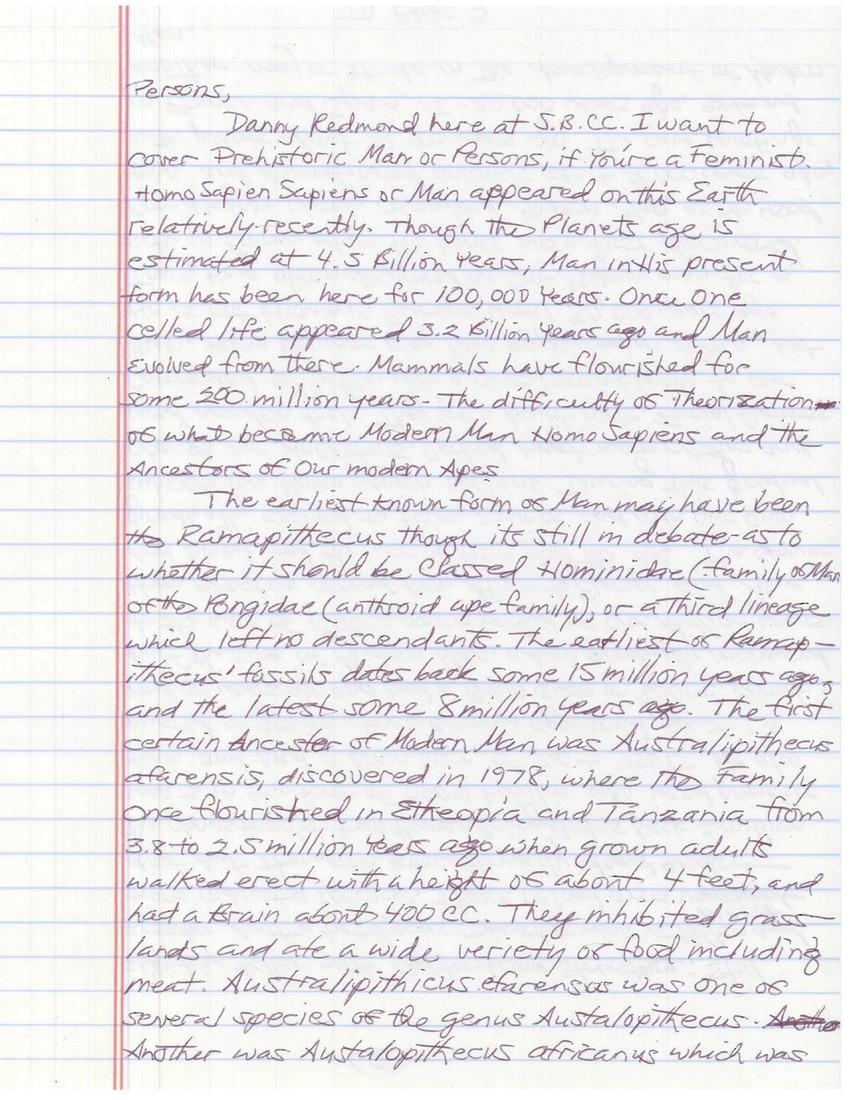 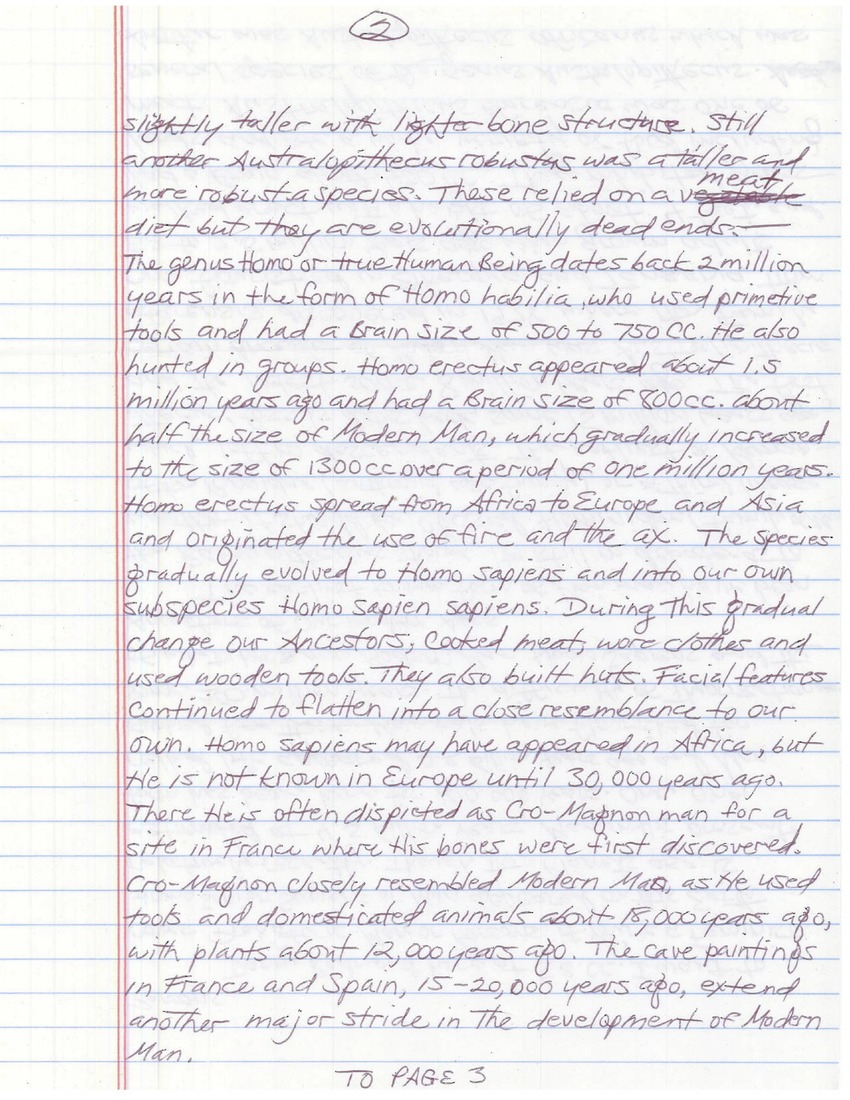 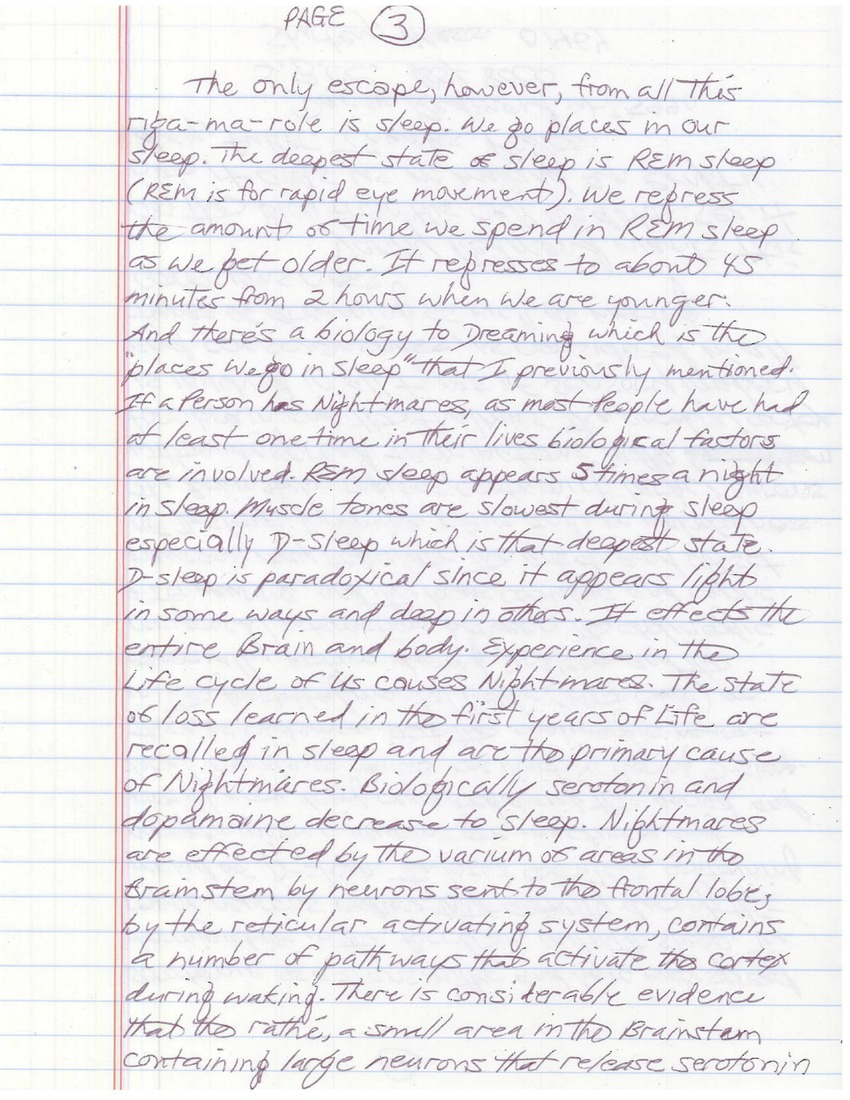 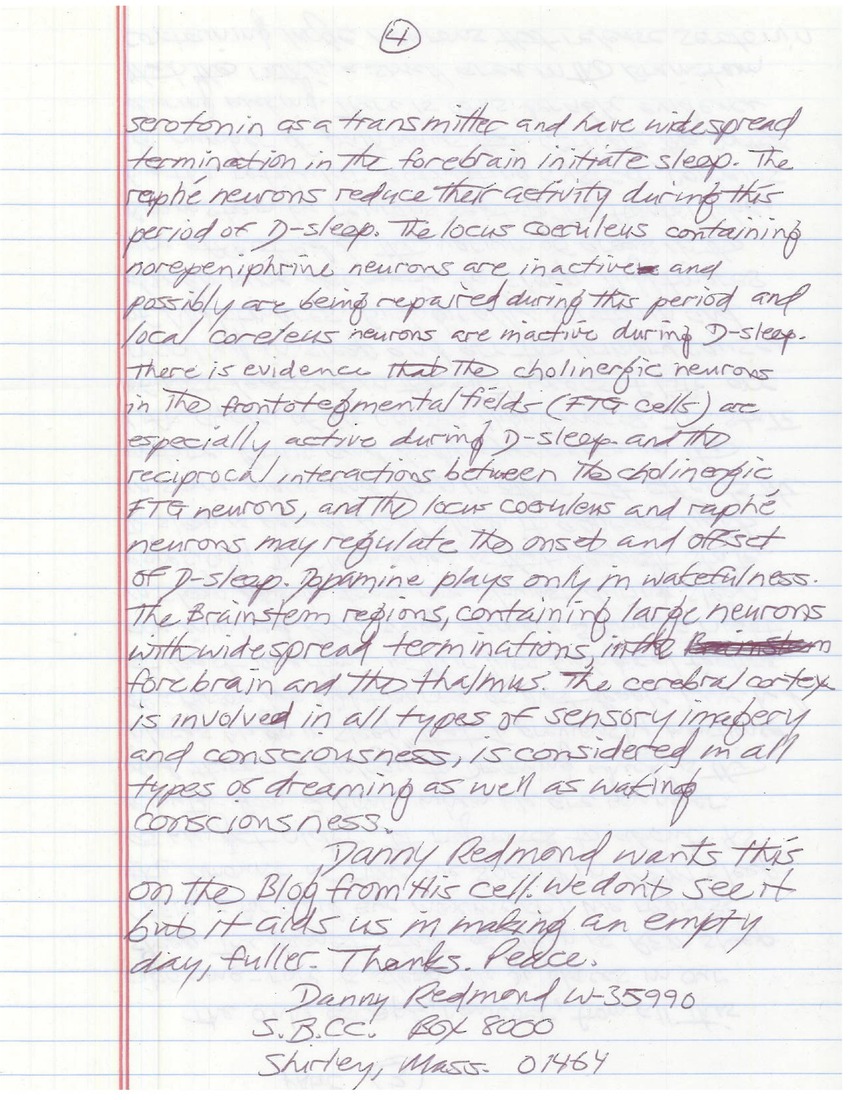 I want to cover prehistoric man, or persons if you're a feminist. Homosapiens, Sapiens, or man, appeared on this Earth relatively recently. Though the planet's age is estimated to be 4.5 billion years, man in his present form has been here for 100,000 years. Once, one-celled lifeforms appeared 3.2 billion years ago, and man evolved from there. Mammals have flourished for some 200 million years. The difficulty of theorization, or what became modern man and the ancestors of our modern apes.

The earliest known form of man may have been the Ramapithecus, though it's still in debate as to whether it should be classed as a hominidae (family of man), the pongidae (anthroid ape family), or a third lineage which left no descendants. The earliest Ramapithecus fossils dates back some 15 million years ago, and the latest are some 8 million years ago. The first certain ancestor of modern man was Australopithecus afarensis, discovered in 1978, where the family once flourished in Ethiopia and Tanzania from 3.8 to 2.5 million years ago, when grown adults walked erect with a height of about four feet and had a brain about 400 cc. They inhabited grasslands and ate a wide variety of food, including meat.

The genus homo, or true human beings, dates back 2 million years in the form of Homo habilis, who used primitive tools and had a brain size of 500 to 750 CC. He also hunted in groups. Homo erectus appeared about 1.5 million years ago and had a brain size of 800 CC at about half the size of modern man, which gradually increased to the size of 1300 CC over a period of one million years. Homo erectus spread from Africa to Europe and Asia, and originally used fire and the ax. The species gradually evolved to homo sapiens and into our own subspecies homosapien sapiens. During this gradual change, our ancestors cooked meat, wore clothes, and used wooden tools. They also built huts. Facial features continued to flatten into a close resemblance to our own.

The only escape, however, from all of this rigmarole is sleep. The deepest state of sleep is REM sleep (REM for rapid eye movement). We repress the amount of time spent in REM sleep as we get older. It represses to about 45 minutes to 2 hours when we are younger. And there's a biology to dreaming, which is "the places we go in sleep" that I previously mentioned. If a person has nightmares, as most people have had at least one time in their lives, biological factors are involved. REM sleep appears five times a night.

Muscle tones are slowest during sleep, especially in D-sleep, which is the deepest state. D-sleep is paradoxical since it appears light in some ways and deep in others. It affects the entire brain and body.

Experience in our life cycles causes nightmares. The state of loss learned in the first years of life are recalled in sleep and are the primary cause of nightmares. Biologically, serotonin and dopamine decrease to sleep. Nightmares are affected by the various areas in the brain stem by neurons sent to the frontal lobe, by the reticular activating system, and contains a number of pathways that activate the cortex during waking.

There is considerable evidence that the rathe, a small area in the brain stem containing large neurons responsible for release serotonin as a transmitter, have widespread termination in the forebrain initiate sleep. The raphe neurons reduced their activity during this period of D-sleep. The locus coeruleus containing norepinephrine neurons are inactive and possibly are being repaired during this period. Local coeruleus neurons are inactive during D-sleep.

There is evidence that the cholinergic neurons in the frontotegmental fields (FTG cells) are especially active during D-sleep and the reciprocal interactions between the cholinergic FTG neurons, and the locus coeruleus and raphe neurons may regulate the onset and offset of D-sleep. Dopamine plays only in wakefulness. The brain stem regions contain large neurons with widespread terminations in the forebrain and the thalamus. The cerebral cortex is involved in all types of sensory imagery and consciousness, is considered in all types of dreaming as well as waking consciousness.

Danny Redmond wants this on the blog from his cell. We don't see it, but it aids us in making an empty day, fuller. Thanks. Peace.

The discussion of sleep and brain activity during sleep was very interesting to me. I'm not sure I understood the connection between biological factors and nightmares, but maybe I'll research that a little, because it is an intriguing idea. Thanks for posting.
~ Puccesca