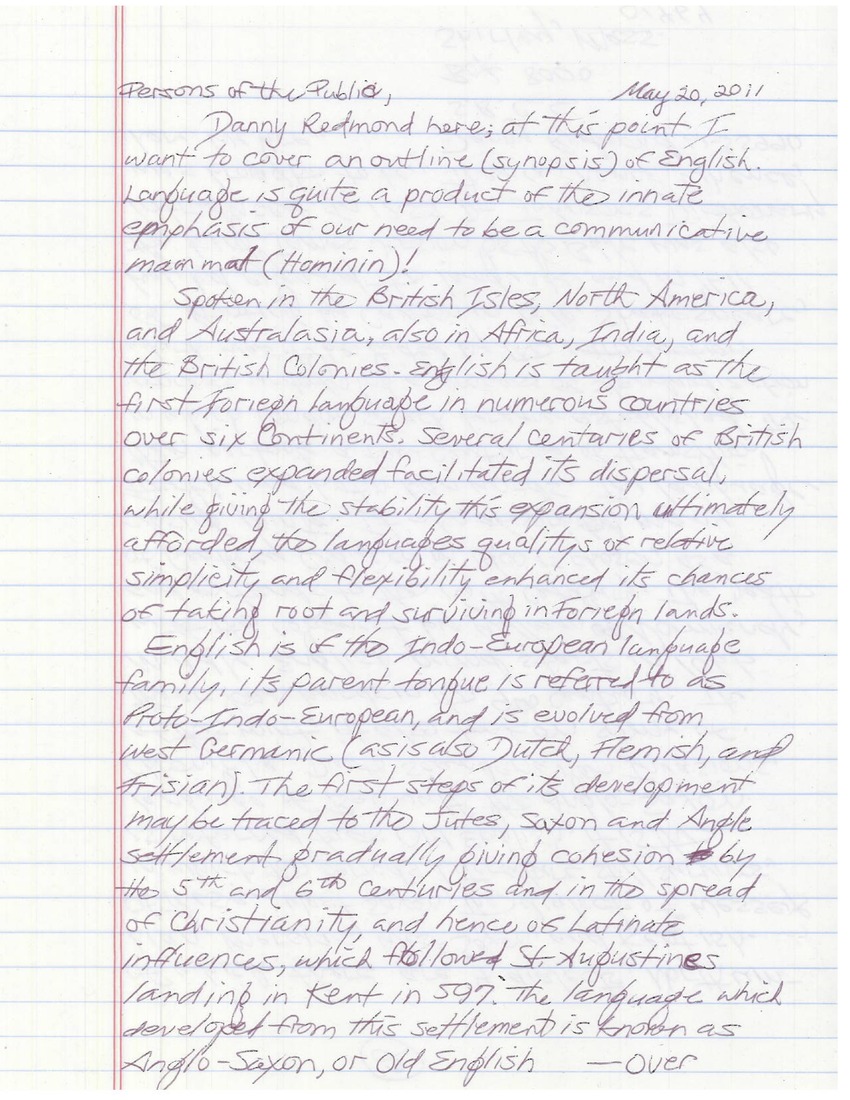 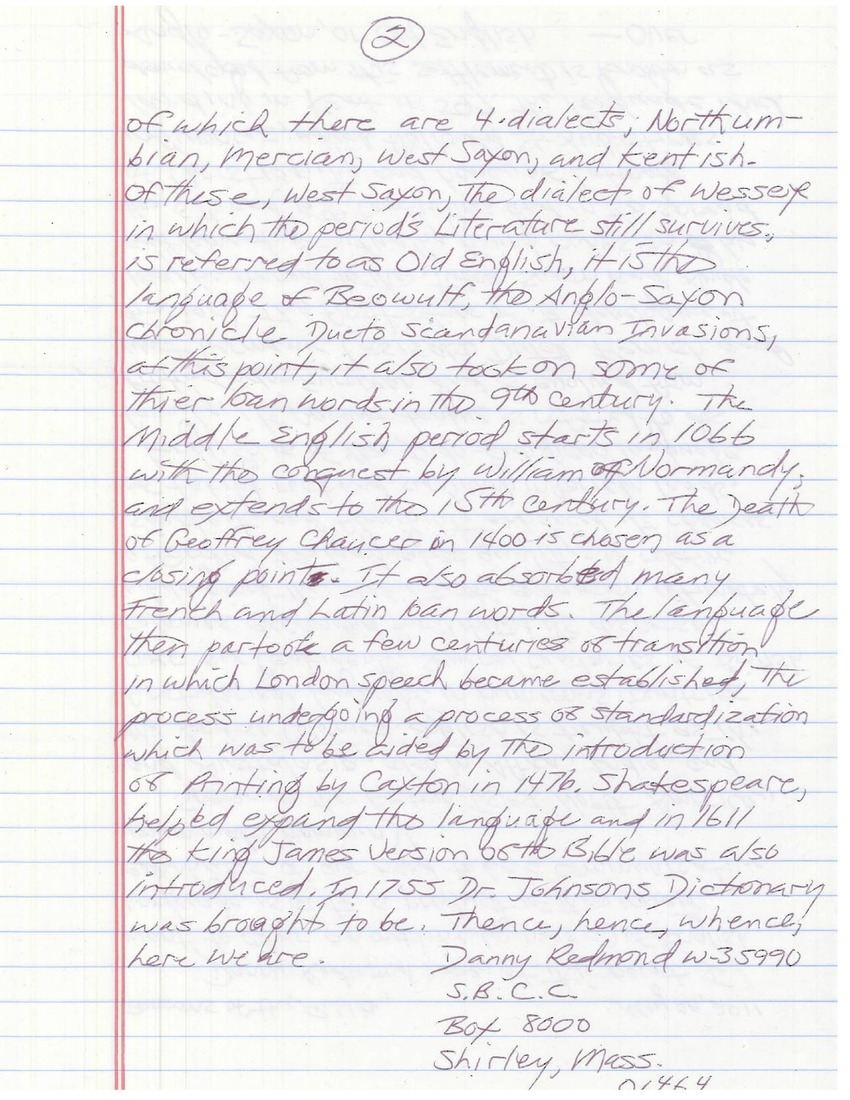 Persons of the Public,
Danny Redmond here. At this point, I want to cover an synopsis of English. Language is quite a product of the innate emphasis of our need to be a communicative mammal (hominid)!

Spoken in the British Isles, North America, Australia, Africa, India, and the British colonies, English is taught as the first foreign language in numerous countries over six continents. Several centuries of British colonies expanded facilitated its dispersal. While granting stability, this expansion ultimately afforded the languages qualities of relative simplicity and flexibility, enhanced its chances of taking root and surviving in foreign lands.

English is of the Indo-European language family. Its parent tongue is referred to as proto-Indo-European and is evolved from West Germanic (Asia too), Dutch, Flemish, and Frisian. The first steps of its development may be traced to the Jutes, Saxon, and Anglo settlement gradually giving cohesion by the 5th and 6th centuries, and the spread of Christianity and Latinate influences, which followed St. Augustine's landing in Kent in 597.

The language which developed from this settlement is known as Anglo-Saxon, or Old English, of which there are four dialects: Northumbian, Mercian, West Saxon, and Kentish. Of these, West Saxon, the dialect of Wessex is the one that survives in the period's literature as Old English. It is the language of Beowulf, the Anglo-Saxon chronicle duets Scandinavian invasions. By the 9th century, English took in some of their loan words.

The Middle English period starts in 1066 with the conquest by William of Normandy, and extends into the 15th century. The death of Geoffrey Chaucer in 1400 is chosen as a closing point. It also absorbed many French and Latin loan words. The language then partook a few centuries of transition, in which London speech became established. The process underwent a process of standardization, which was aided by the introduction of printing by Caxton in 1476.

Shakespeare helped expand the language. In 1611, the King James version of the Bible was also introduced. In 1755, Dr. Johnson's Dictionary was brought to be. Thence, hence, whence, here we are.