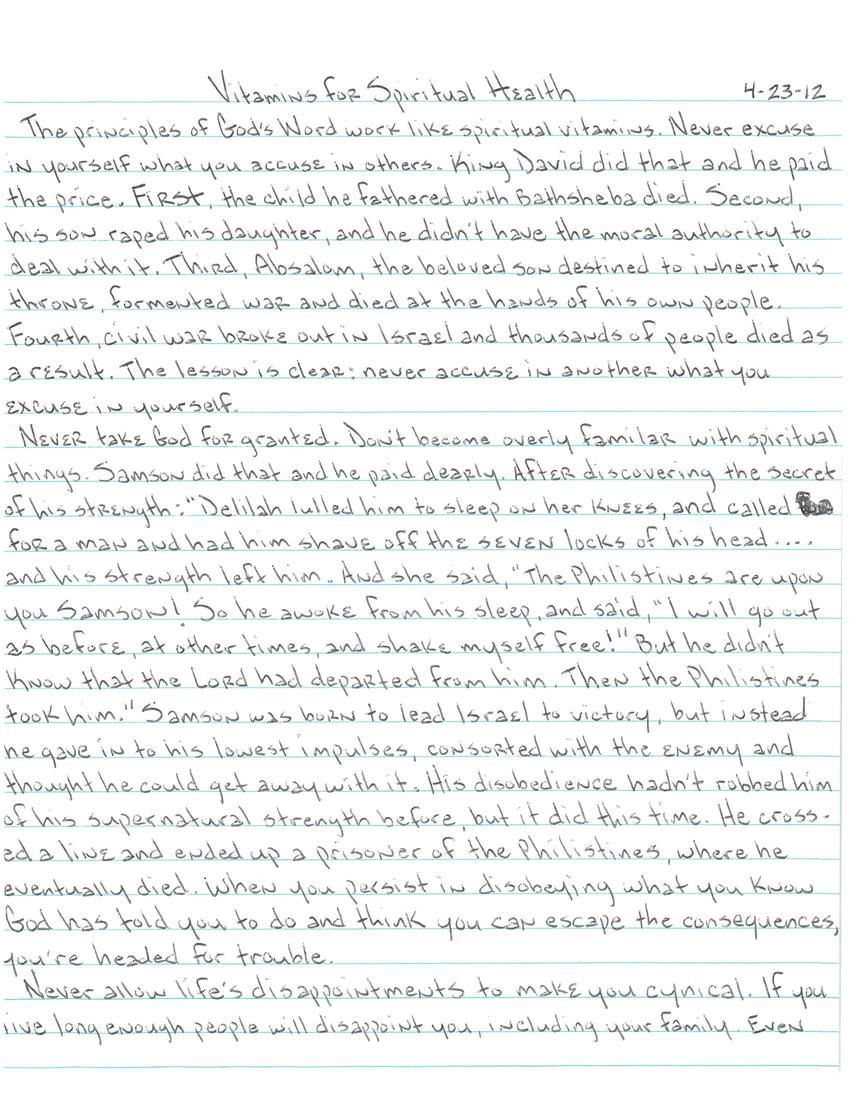 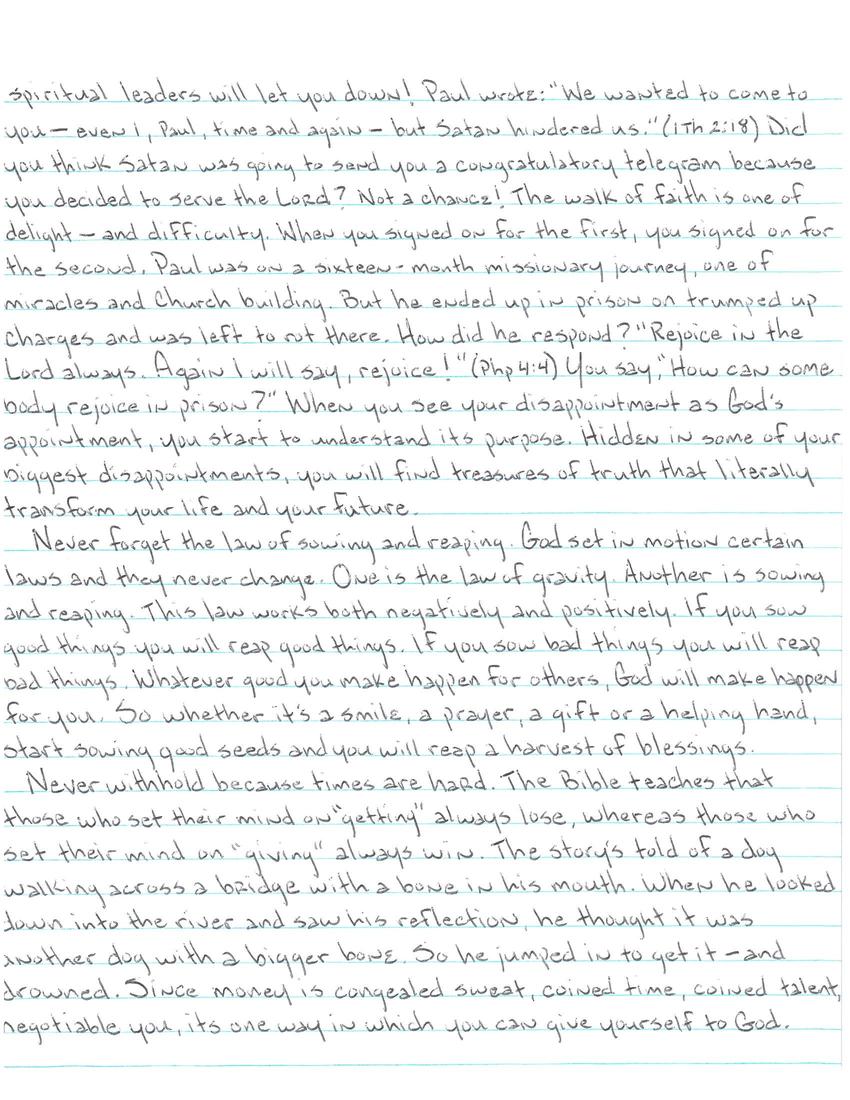 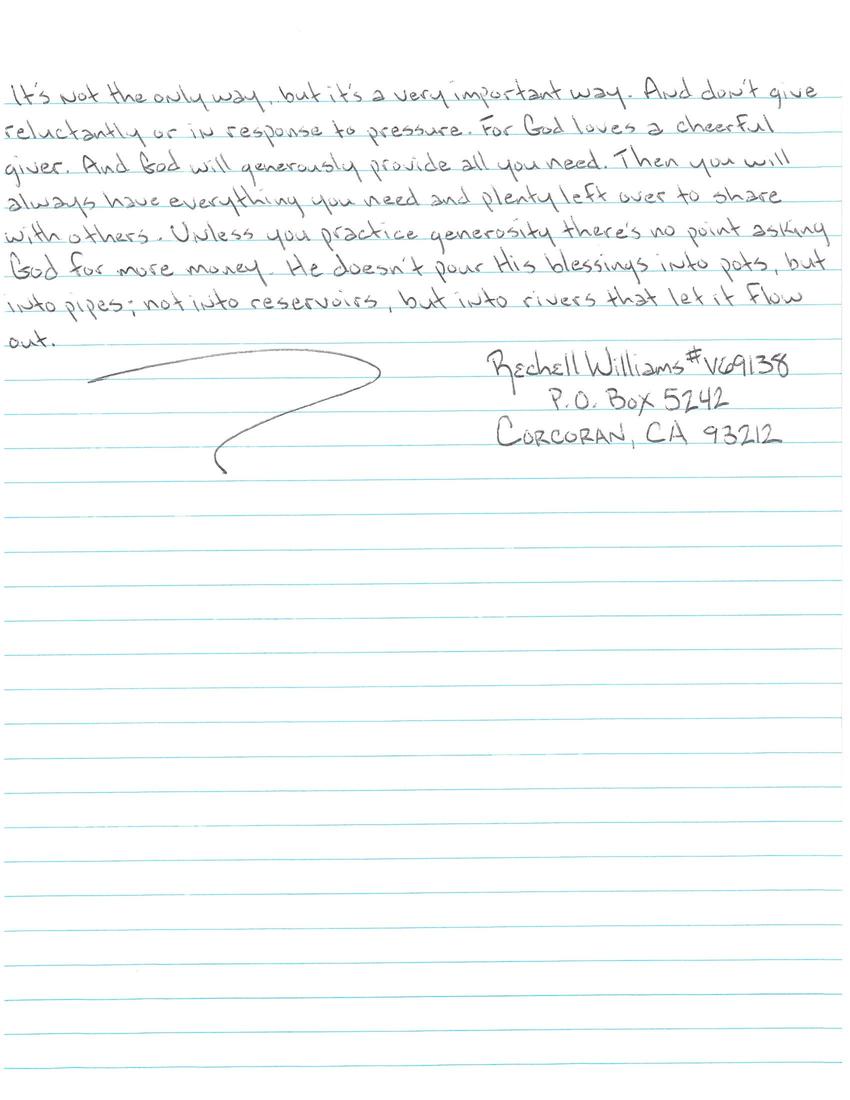 The principles of God's Word work like spiritual vitamins. Never excuse in yourself what you accuse in others. king David did that and he paid the price.

FIRST, the child he fathered with Bathseba died.
SECOND, his son raped his daughter, and he didn't have the moral authority to deal with it.
THIRD, Absalom, the beloved son destined to inherit his throne, formented war and died at the hands of his own people.
FOURTH, civil war broke out in Israel and thousands of people died as a result. The lesson is clear; never accuse in another what you excuse in yourself.

NEVER take God forgranted. Don't become overly familiar with spiritual things. Samson did that and he paid dearly. After discovering the secret of his strength: Delilah lulled him to sleep on her knees, and called for a man and had him shave off the seven locks of his head... and his strength left him. And she said, "The Philistines are upon you Samson!" So he awoke from his sleep, and said, "I will go out as before, at other times, and shake myself free!" but he didn't know that the Lord had departed from him. Then the Philistines took him. samson was born to lead Israel to victory, but instead he gave in to his lowest impulses, consorted with the enemy and thought he could get away with it. His disobedience hdn't robbed him of his supernatural strength before, but it did this time. He crossed a line and ended up a prisoner of the Philistines, where he eventually died. when you persist in disobeying what you know God has told you to do and think you can escape the consequences, you're healed for trouble.

Never allow life's disappointments to make you cynical. If you live long enough people will disappoint you, including your family. Even spiritual leaders will let you down! Paul wrote: "We wanted to come to you - even I, Paul, time and again - but Satan hindered us. (1 Th 2:18) Did you think Satan was going to sned you a congratulatory telegram because you decided to serve the lord? Not a chance1 The walk of faith is one of delight - and difficulty. When you signed on for the first, you signed on for the second. Paul was on a sixteen - month missionary journey, one of miracles and church building. But he ended up in prison on trumped up charges and was left to rot there. How did he respond? "Rejoice in the Lord always. Again I will say, rejoice!" (Ph 4:4) You say, "How can somebody rejoice in prison?" When you see your disappointemnt as God,s appointment, you start to understand its purpose. Hidden in some of your biggest disappointments, you will find treasures of truth that literally trasform your life and your future.

Never forget the law of sowing and reaping. God set in motion certain laws and they never change. One is the law of gravity. Another is sowing and reaping. This law works both negatively and positvely. If you sow good things you will reap good things. if you sow bad things you will reap bad things. Whatever good you make happen for others, God will make happen for you. So whether it's a smile, a prayer, a gift or a helping hand, start sowing good seeds and you will reap a harvest of blessings.

Never withhold because times are hard. The bible teaches that those who set their mind on "getting" always lose, whereas those who set their mind on "giving" always win. The story's told of a day walking across a bridge with a bone in his mouth. When he looked down into the river and saw his reflection, he thought it was another day with a bigger bone. So he jumped in to get it - and drowned. since money is congealed sweat, coined time, coined talent, negotiable you, it's one way in which you can give yourself to God.

It's not the only way, but it's a very important way. And don't give relectantly or in response to pressure. For God loves a cheerful giver. And God will generously provide all you need. Then you will always have everything you need and plenty left over to share with others. Unless you practice generosity there's no point asking God for more money. He doesn't pour his blessings into pots, but into pipes; not into reservoirs, but into rivers that let it flow out.