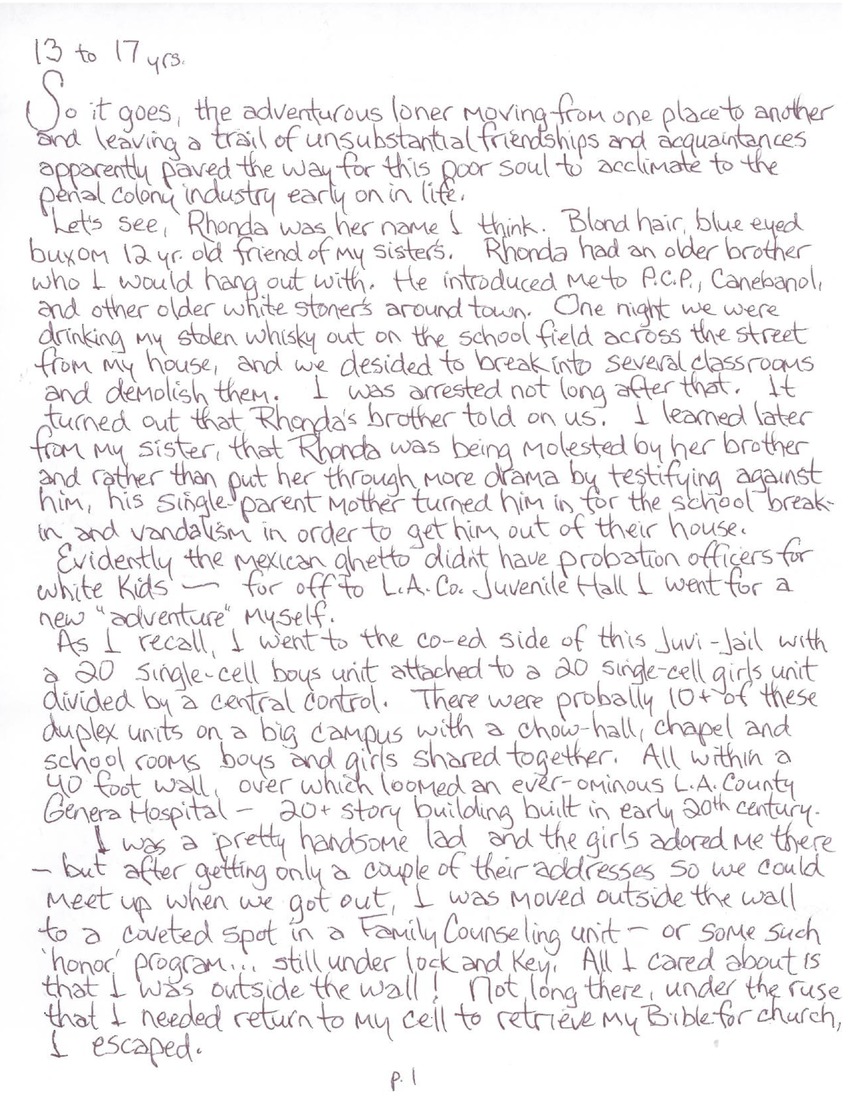 So it goes, the adventurous loner moving from one place to another and leaving a trail of unsubstantial friendships and acquaintances apparently paved the way for this poor soul to acclimate to the penal colony industry early on in life.
Let's see, Rhonda was her name I think. Blond hair, blue eyed buxom 12 yr. old friend of my sister's. Rhonda had an older brother who I would hang out with. He introduced me to P.C.P., Canebanol, and other older white stoner's around town. One night we were drinking my stolen whisky out on the school field across the street from my house, and we decided to break into several classrooms and demolish them. I was arrested not long after that. It turned out that Rhonda's brother told on us. I learned later from my sister, that Rhonda was being molested by her brother and rather than put her through more drama by testifying against him, his single-parent mother turned him in for the school break-in and vandalism in order to get him out of their house.
Evidently the Mexican ghetto didn't have probation officers for white kids - for off to L.A. Co. Juvenile Hall I went for a new "adventure" myself.
As I recall, I went to the co-ed side of this Juvi-Jail with a 20 single-cell boys unit attached to a 20 single-cell girls unit divided by a central control. There were probably 10+ of these duplex units on a big campus with a chow-hall, chapel and school rooms boys and girls shared together. All within a 40 foot wall, over which loomed an ever-ominous L.A. County Genera Hospital - 20+ story building built in early 20th century.
I was a pretty handsome lad and the girls adored me there - but after getting only a couple of their addresses so we could meet up when we got out, I was moved outside the wall to a coveted spot in a Family Counseling Unit - or some such 'honor' program... still under lock and key. All I cared about is that I was outside the wall! Not long there, under the ruse that I needed to return to my cell to retrieve my Bible for church, I escaped.

its amazing to me, the amount of detail you remember from your childhood! You can remember down to the smallest detail of every minute of your life.. me, I cant remember yesterday let alone my childhood! I always wondered where you were when I was growing up. People ask me about growing up with my siblings, and honestly, I have no memory of growing up with you. You were never there, guess now I know why.
~~P