Sending Out an SOS to Global World 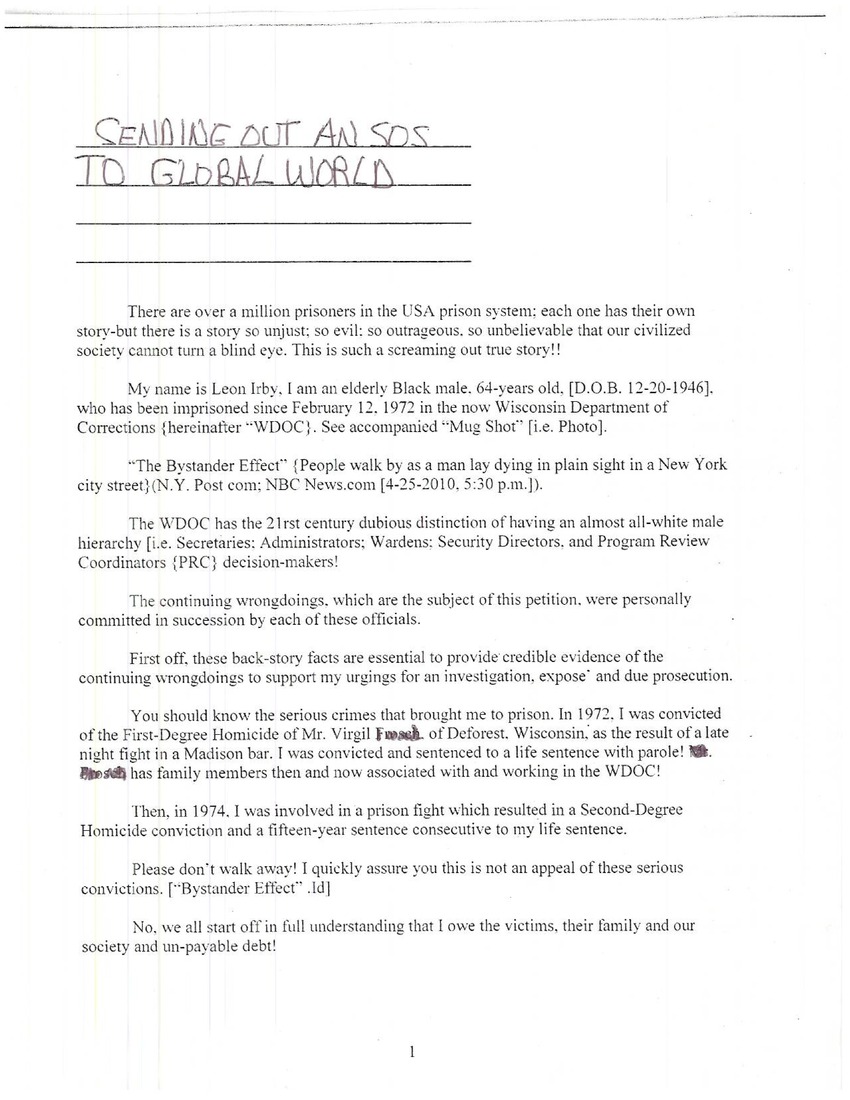 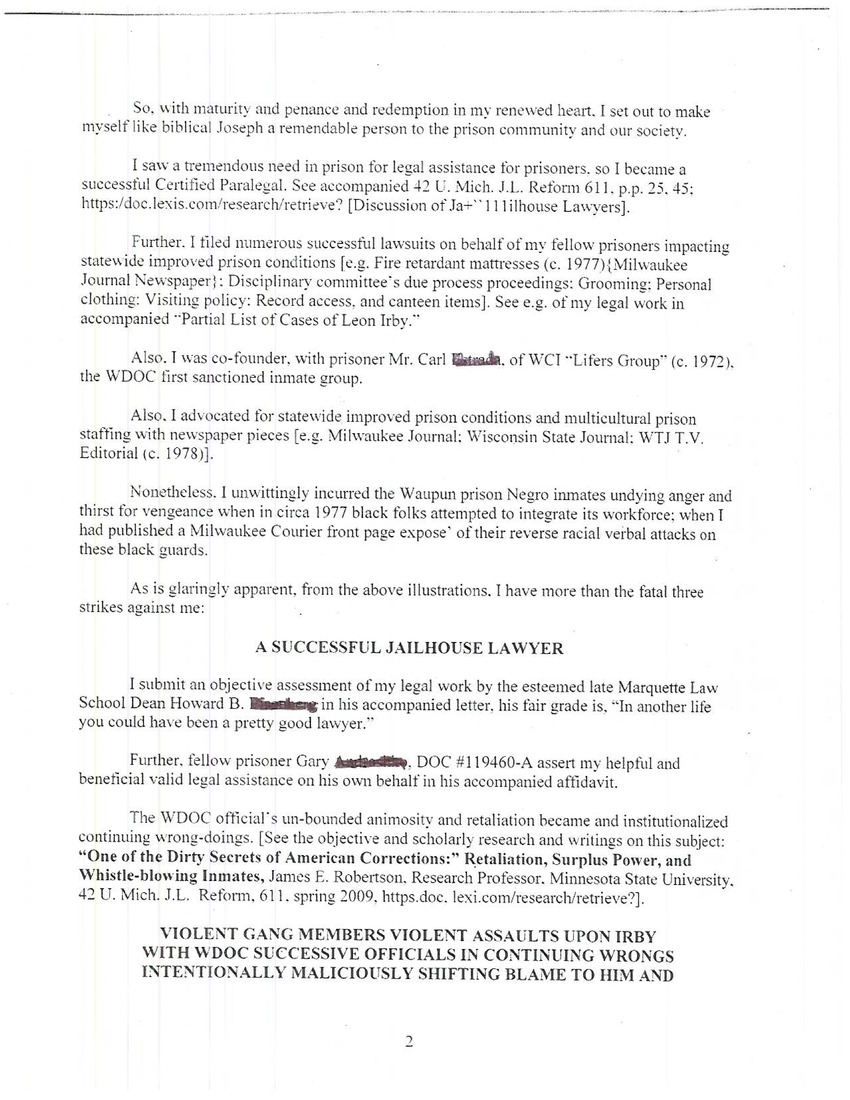 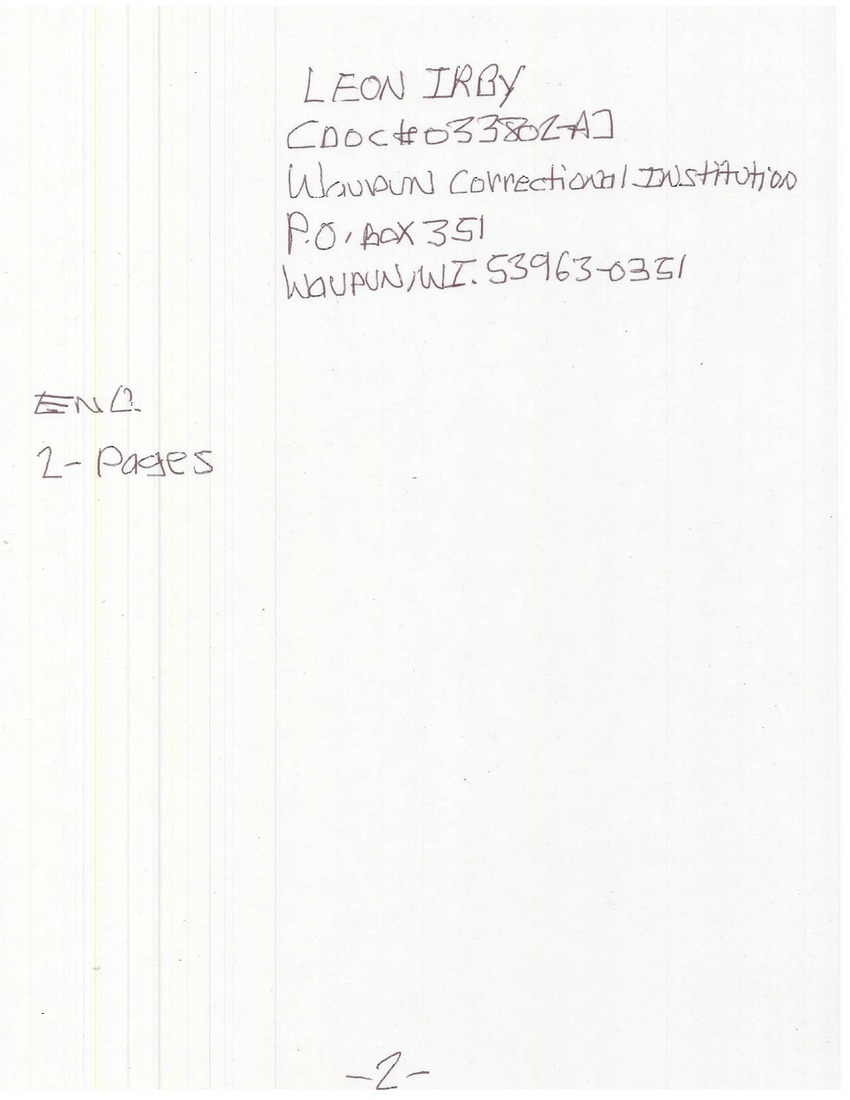 SENDING OUT AN SOS
TO GLOBAL WORLD

There are over a million prisoners in the USA prison system; each one has their own story - but there is a story so unjust; so evil: so outrageous, so unbelievable that our civilized society cannot turn a blind eye. This is such a screaming out true story!!

The continuing wrongdoings, which are the subject of this petition, were personally committed in succession by each of these officials.

First off, these back-story facts are essential to provide credible evidence of the continuing wrongdoings to support my urgings for an investigation, expose and due prosecution.

You should know the serious crimes that brought me to prison. In 1972, I was convicted of the First-Degree Homicide of Mr. Virgil [surname blanked out] of Deforest, Wisconsin, as the result of a late night fight in a Madison bar. I was convicted and sentenced to a life sentence with parole! [name blanked out] has family members then and now associated with and working in the WDOC!

Then, in 1974, I was involved in a prison fight which resulted in a Second-Degree Homicide conviction and a fifteen-year sentence consecutive to my life sentence.

Please don't walk away! I quickly assure you this is not an appeal of these serious convictions. ["Bystander Effect" .Id]

No, we all start off in full understanding that I owe the victims, their family and out society and un-payable debt!

So, with maturity and penance and redemption in my renewed heart, I set out to make myself like biblical Joseph a remendable person to the prison community and our society.

I saw a tremendous need in prison for legal assistance for prisoners, so I became a successful Certified Paralegal. See accompanied 42 U. Mich. J.L. Reform 611, p.p. 25, 45; https:/doc.lexis.com/research/retrieve? [Discussion of Jailhouse Lawyers].

Nonetheless, I unwittingly incurred the Waupun prison Negro inmates undying anger and thirst for vengeance when in circa 1977 black folks attempted to integrate its workforce; when I had published a Milwaukee Courier front page expose' of their reverse racial verbal attacks on these black guards.

As is glaringly apparent, from the above illustrations, I have more than the fatal three strikes against me:

I submit an objective assessment of my legal work by the esteemed late Marquette Law School Dean Howard B. [surname blanked out] in his accompanied letter, his fair grade is, "In another life you could have been a pretty good lawyer."

Further, fellow prisoner Gary [surname blanked out], DOC #119460-A assert my helpful and beneficial valid legal assistance on his own behalf in his accompanied affidavit.