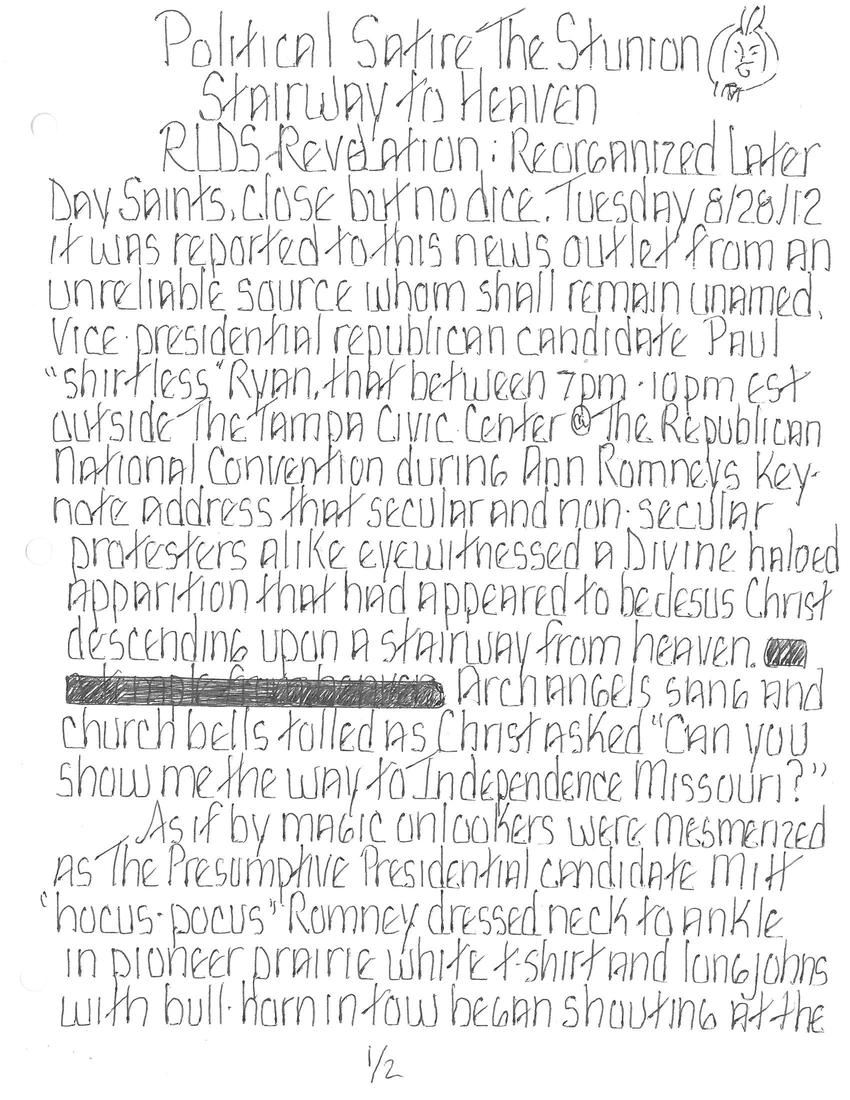 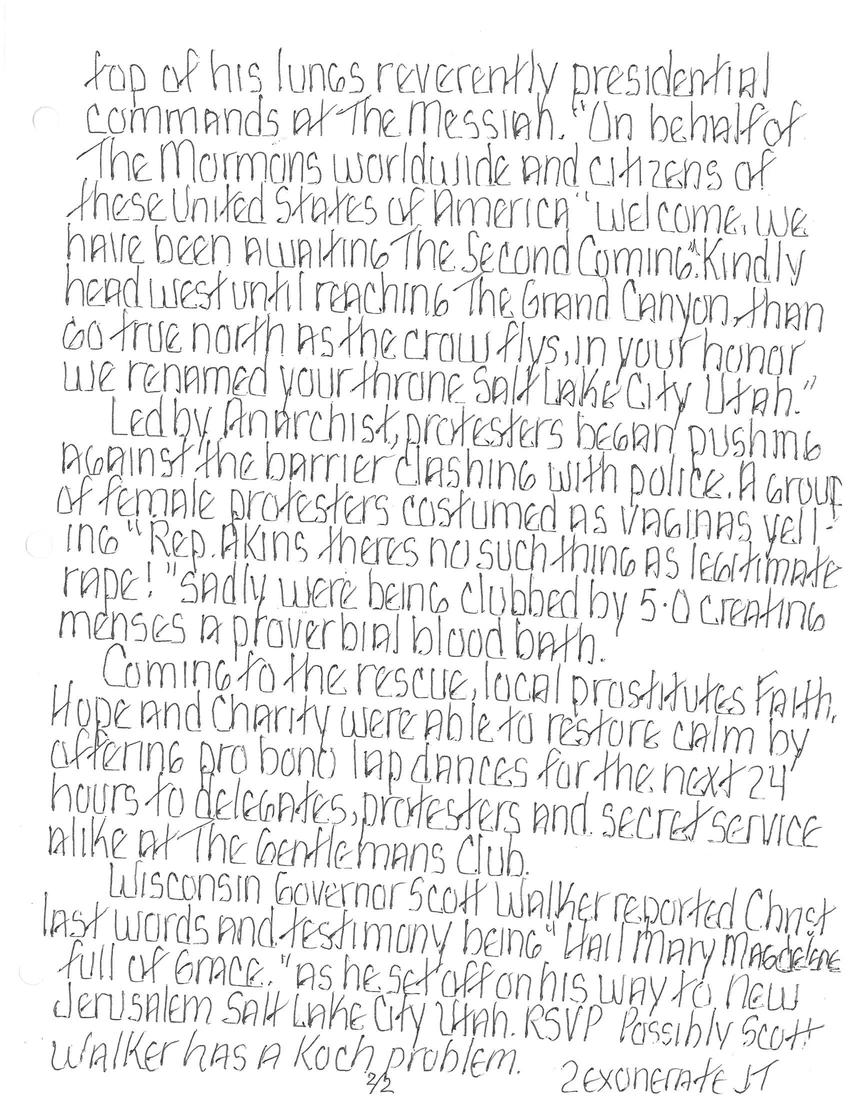 It was reported to this news outlet from an unreliable source whom shall remain unnamed. Vice Presidential republican candidate Paul "shirtless" Ryan, that between 7pm - 10pm est outside the Tampa Civic Center @ The Republican National Convention during Ann Romney's key-note address that secular and non-secular protestors alike eyewitnessed a divine haloed apparition that had appeared to be Jesus Christ descending upon a stairway from heaven. Archangels sang and church bells tolled as Christ asked "Can you show me the way to Independence, Missouri?"

As if by magic, onlookers were mesmerized as the presumptive presidential candidate Mitt "hocus-pocus" Romney dressed neck to ankle in pioneer prairie white T-shirt and longjohns with bull-horn in tow began shouting at the top of his lungs reverently presidential commands at the Messiah. "On behalf of the Mormons worldwide and citizens of these United States of America, welcome. We have been awaiting the Second Coming. Kindly head west until reaching the Grand Canyon, then go true north as the crow flies, in your honor we renamed your throne Salt Lake City, Utah."

Led by anarchist, protesters began pushing against the barrier, clashing with police. A group of female protesters costumed as vaginas yelling "Rep. Akins, there's no such thing as legitimate rape!" sadly were being clubbed by 5.0, creating menses, a proverbial blood bath.

Coming to the rescue, local prostitutes Faith, Hope and Charity were able to restore calm by offering pro bono lap dances for the next 24 hours to delegates, protesters and secret service alike at the gentleman's club.