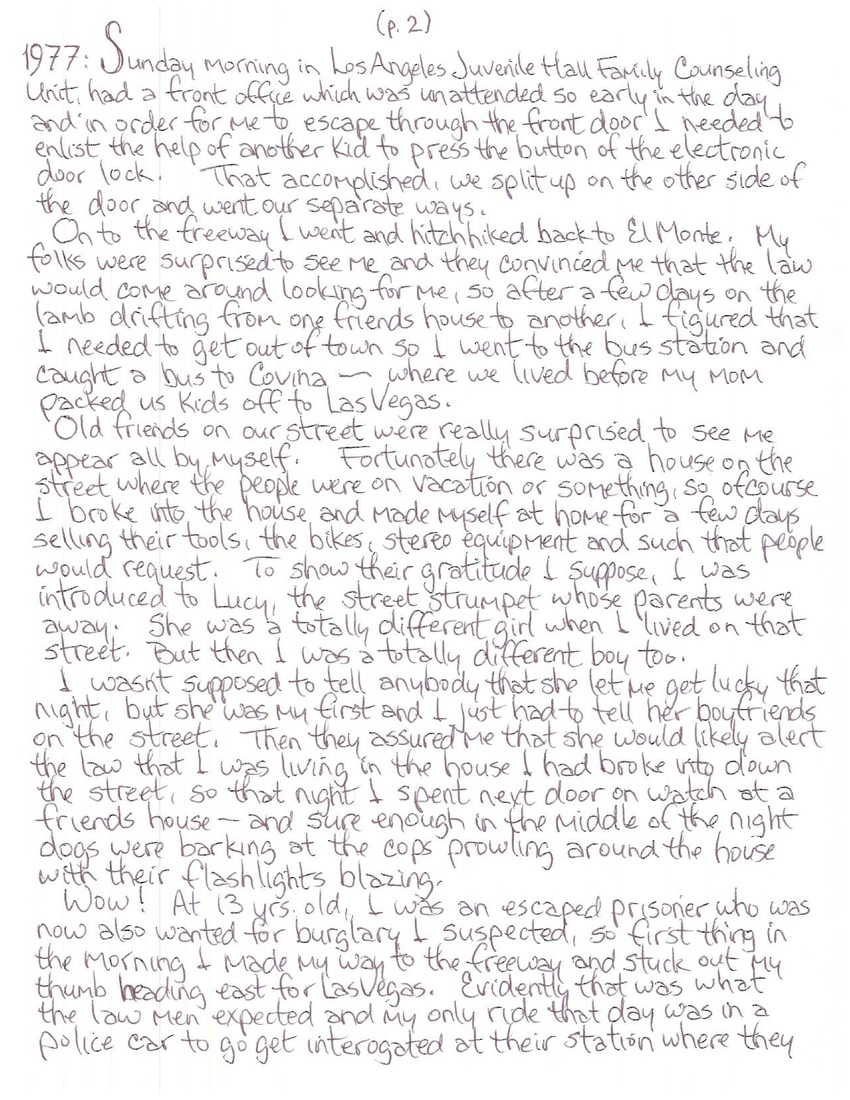 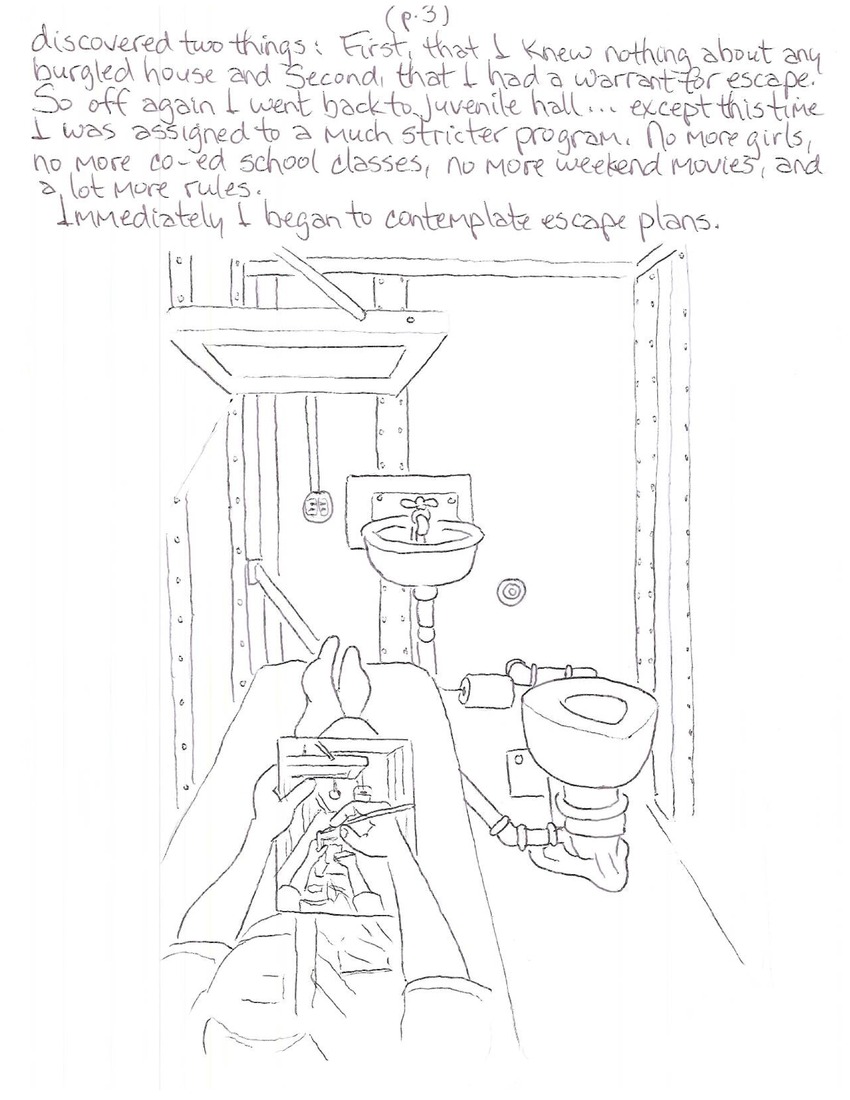 1977: Sunday morning in Los Angeles Juvenile Hall Family Counseling Unit, had a front office which was unattended so early in the day and in order for me to escape through the front door I needed to enlist the help of another kid to press the button of the electronic door lock. That accomplished, we split up on the other side of the door and went our separate ways.
On to the freeway I went and hitchhiked back to El Monte. My folks were surprised to see me and they convinced me that the law would come around looking for me, so after a few days on the lamb drifting from one friends house to another, I figured that I needed to get out of town so I went to the bus station and caught a bus to Covina - where we lived before my mom packed us kids off to Las Vegas.
Old friends on our street were really surprised to see me appear all by myself. Fortunately there was a house on the street where the people were on vacation or something, so of course I broke into the house and made myself at home for a few days selling their tools, the bikes, stereo equipment and such that people would request. To show their gratitude I suppose, I was introduced to Lucy, the street strumpet whose parents were away. She was a totally different girl when I lived on that street. But then I was a totally different boy too.
I wasn't supposed to tell anybody that she let me get lucky that night, but she was my first and I just had to tell her boyfriends on the street. Then they assured me that she would likely alert the law that I was living in the house I had broke into down the street, so that night I spent next door on watch at a friends house - and sure enough in the middle of the night dogs were barking at the cops prowling around the house with their flashlights blazing.
Wow! At 13 yrs. old, I was an escaped prisoner who was now also wanted for burglary I suspected, so first thing in the morning I made my way to the freeway and stuck out my thumb heading east for Las Vegas. Evidently that was what the law men expected and my only ride that day was in a police car to go get interrogated at their station where they discovered two things: First, that I knew nothing about any burgled house and second, that I had a warrant for escape. So off again I went back to Juvenile hall... except this time I was assigned to a much stricter program. No more girls, no more co-ed school classes, no more weekend movies, and a lot more rules.
Immediately I began to contemplate escape plans.
[drawing]