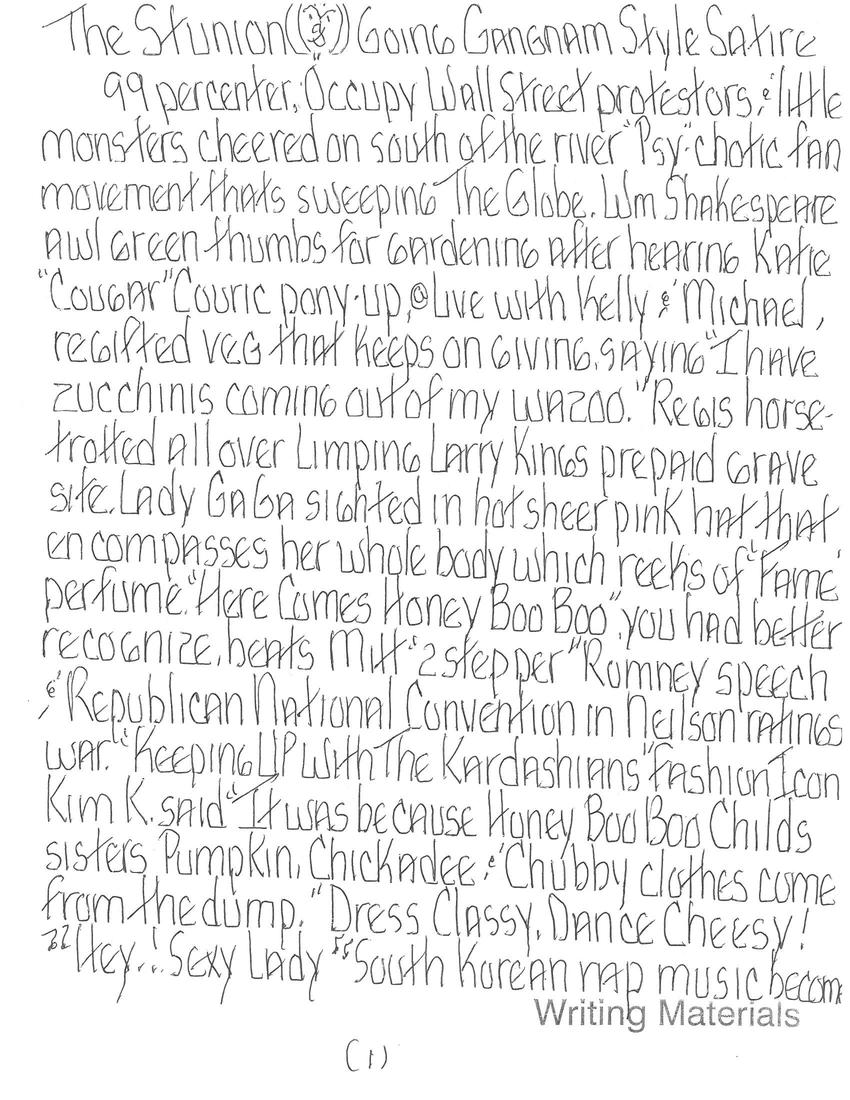 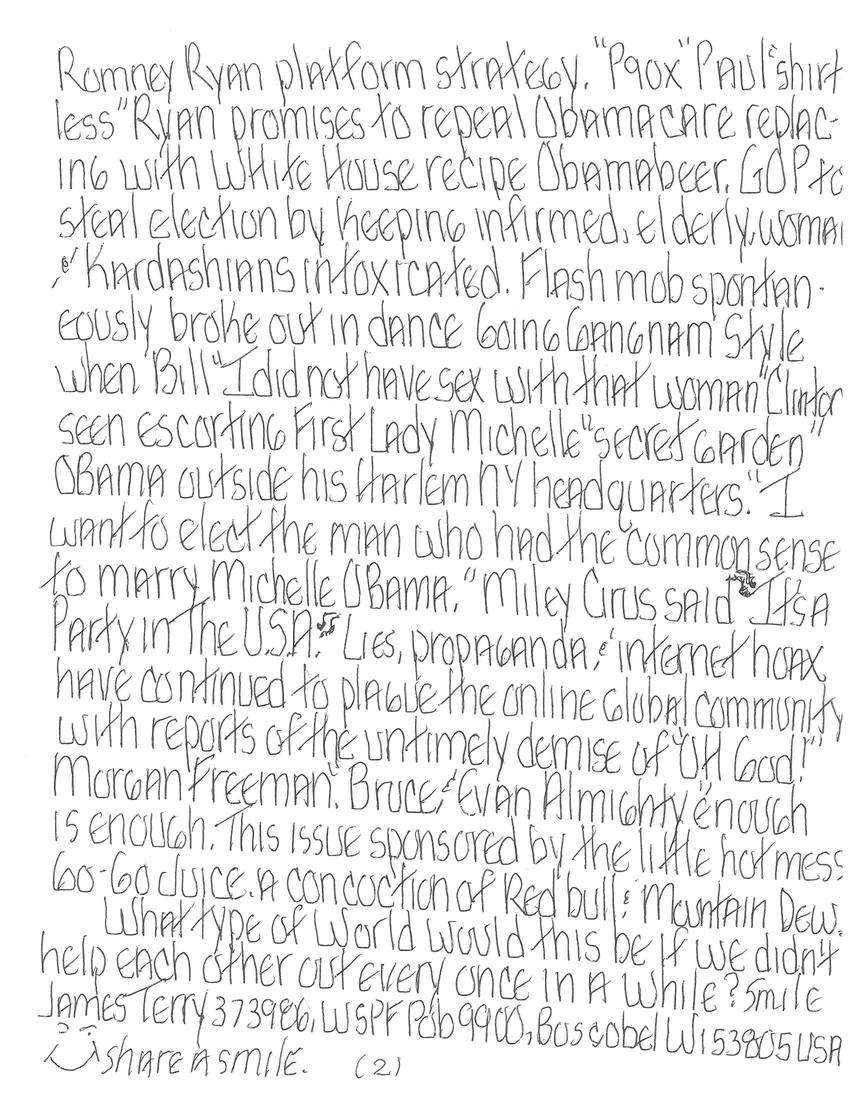 What type of world would this be if we didn't help each other out ecvery once in a while? smile James Terry 373986, WSPF POB9900, Buscoboel Wi53805USA
Share a smile

I just wanted to let you know that I find your writing style quite interesting, and always enjoy reading your writings. The fact that you keep up with popular culture while still incarcerated is quite surprising. I hope that you are doing well, and keep doing what you're doing! 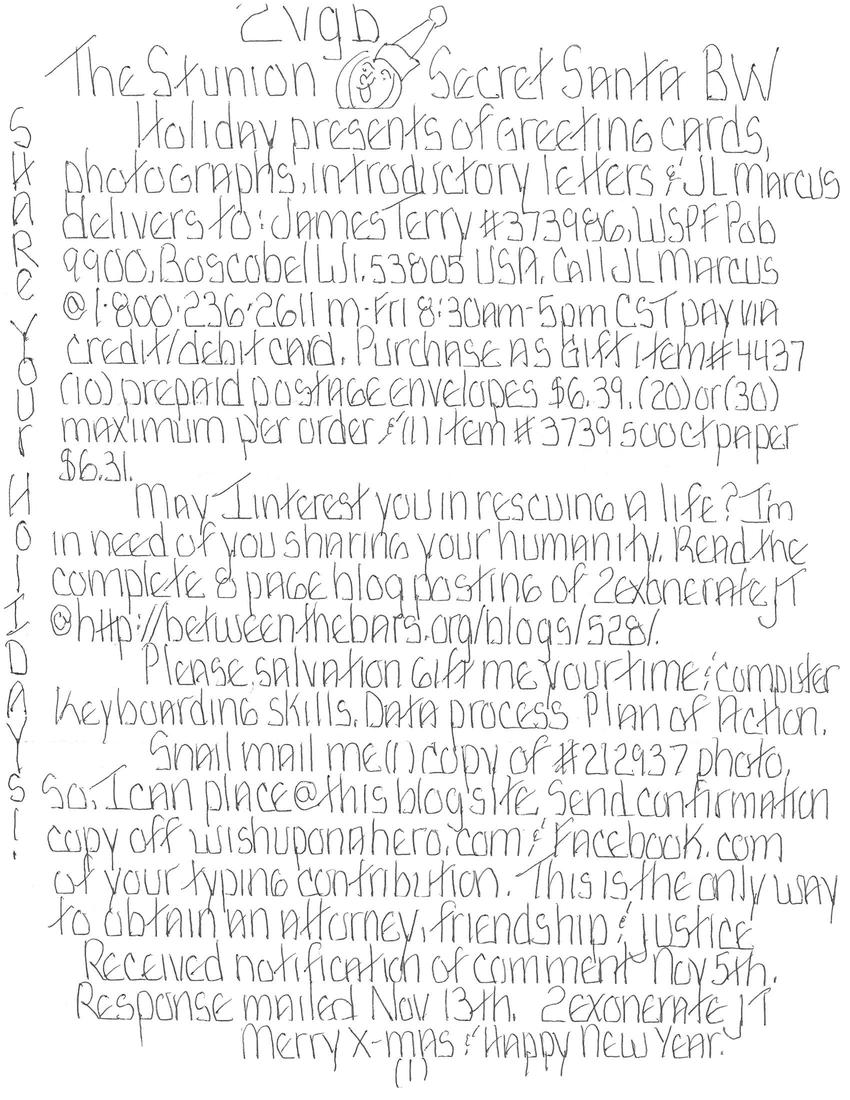