If Only For Tonight 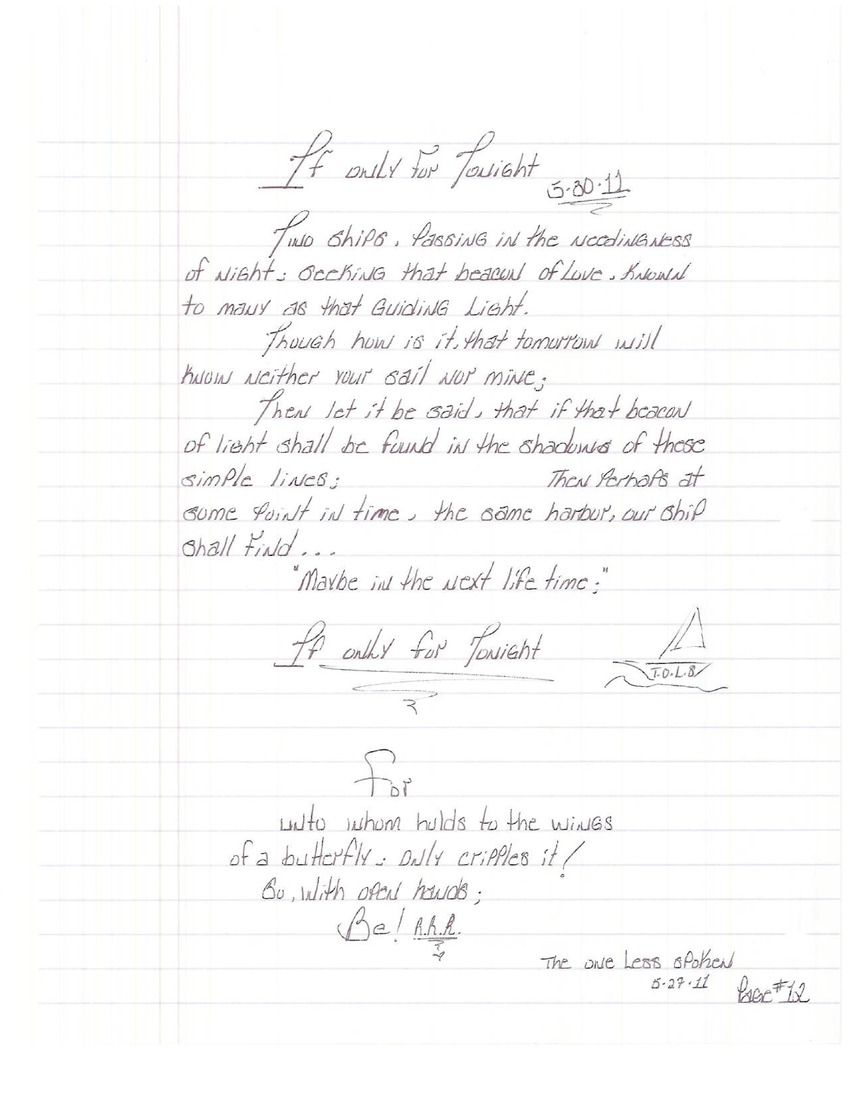 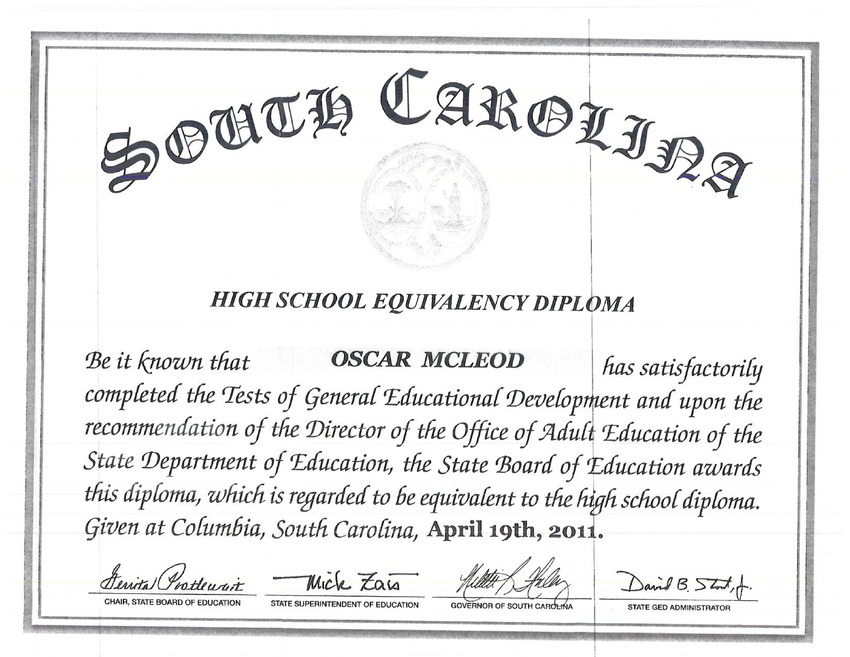 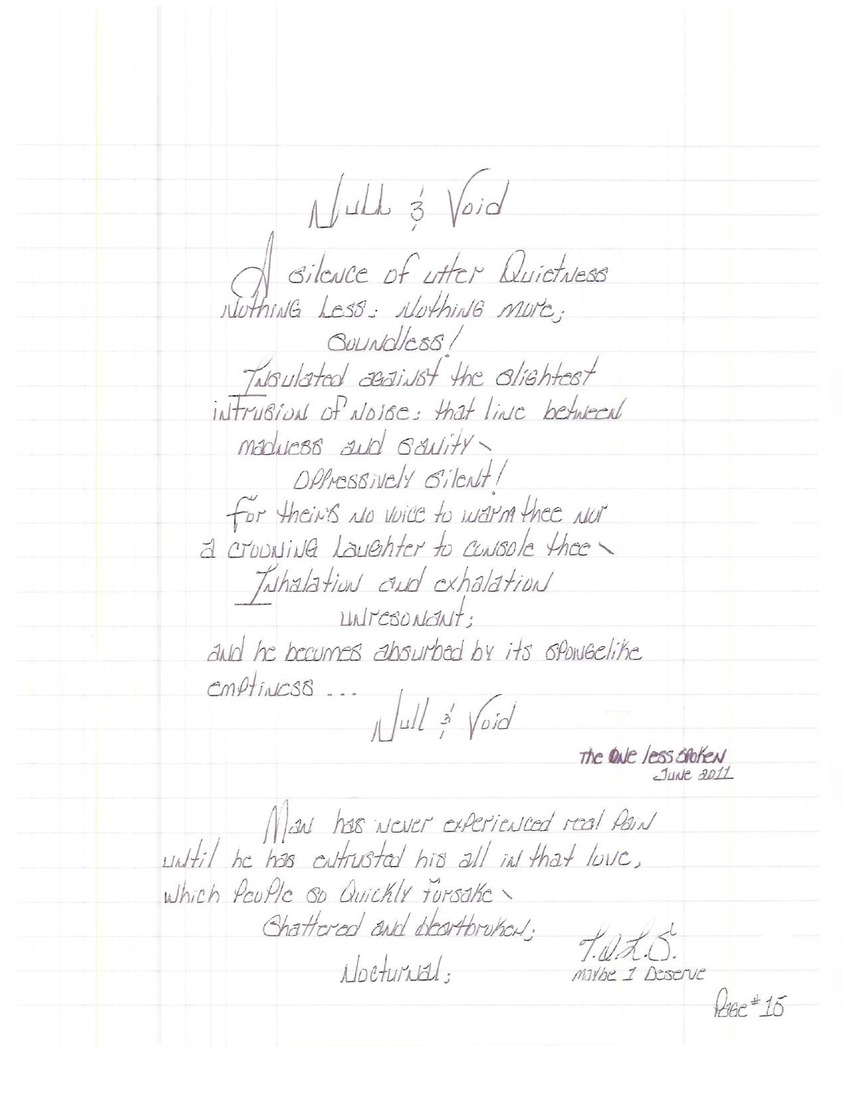 If Only For Tonight

Two ships; passing in the needingness of night; seeking that beacon of love, known to many as that guiding light.
Though how it is, that tomorrow will know neither your sail nor mine;
Then let it be said, that if that beacon of light shall be found in the shadows of these simple lines;
Then perhaps at some point in time, the same harbor, our ship shall find...
Maybe in the next lifetime.

For
unto whom holds to the wings
of a butterfly; only cripples it!
So, with open hands;
Be!

Be it known that Oscar McLeod has satisfactorily completed the Tests of General Education Development and upon the recommendation of the Director of the Office of Adult Education of the State Department of Education, the State Board of Education awards this diploma, which is regarded to be equivalent to the high school diploma. Given at Columbia, South Carolina, April 19th, 2011.

[Signatures of Chair, State Board of Education, State Superintendent of Education, Governor of South Carolina, and State GED Administrator].

Null and Void
A silence of utter quietness
nothing less; nothing mute;
soundless!
Insulated against the slightest
intrusion of noise; that line between
madness and sanity
oppressively silent!
For there is no voice warm three nor
a crooning laughter to console thee
Inhalation and exhalation
unresonant
and he becomes absorbed by its spongelike
emptiness...

Man has never experienced real pain
until he has entrusted his all in that love
which people so quickly forsake
shattered and heartbroken
nocturnal.

You did it!! I am sooo proud of you.. Keep doing what you doing to stay focus on the positive side... Although, I may seem a little distant at times, but please always know you will always be KING at the end of the day. God is going to take care of us one way or another for you to come home and be with me and the kids for a lifetime of happiness... What everybody thinks or say well you already know how I feel *they can go kick rock* only God can judge us nobody else.... I love You and Miss you Deeply..

Regell
This is a poem I wrote for Kei'on . I used some of your words at the end .

.. i if not everyone desire[s] the need for another living soul whom they may express their thoughts , share their pain , and give the precious gift of love . i if not someone else promise[s] to plant sweet kisses on your flesh so that you may grow to understand my unexplainable need for you . i if not the women from your perplexing past must gain your trust and somehow earn the privilege to remain and partake in your future ... i believe if not you that this was a blessing bestowed to me , to us by God ... we if to continue on our impenetrable path to what we chalked up to be an eternal life together must grasp the fact that neither one of our essences can be without the other . us if not the bystanders are committed , no obligated to prove not to them but to ourselves that being in love is more than the phrase it's ever single action . you if not i am forged concurrently forever until you decide to collaspe and desert the thought of two ships roaming and seeking their much anticipated beacon ..