The Adventure Of Salty, The Pirate Parrot 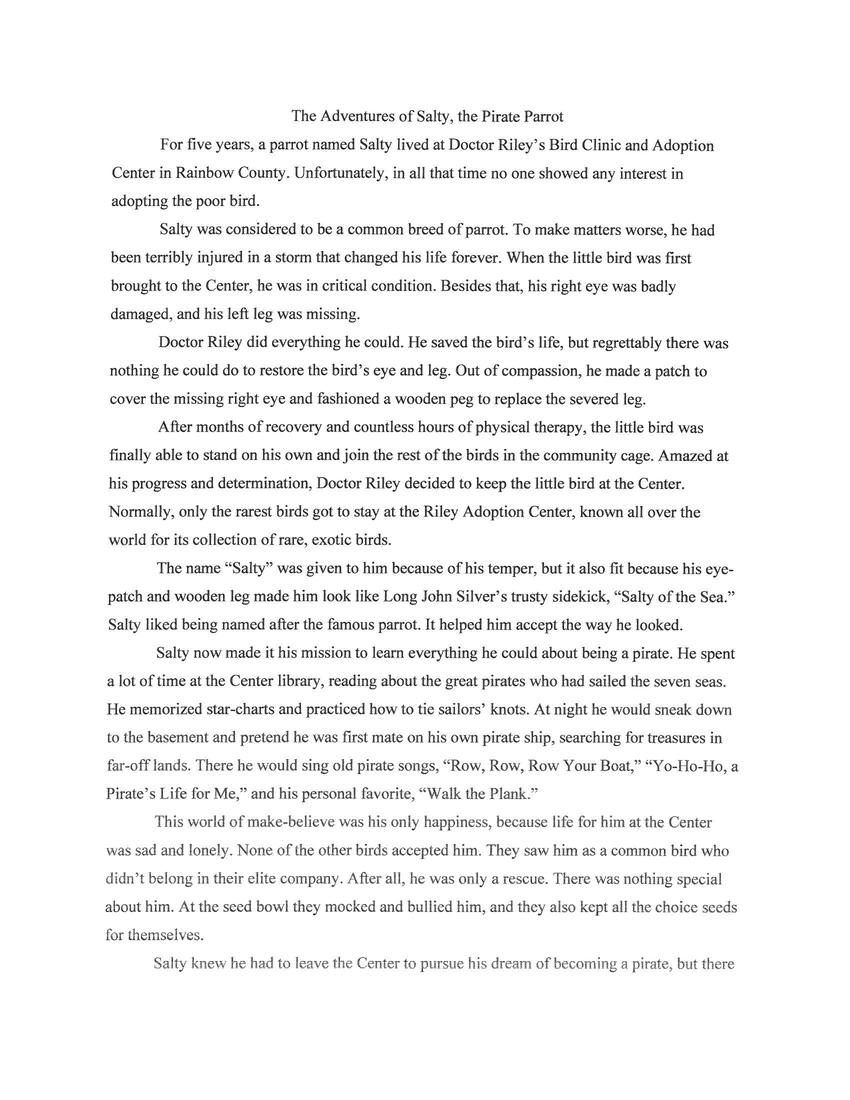 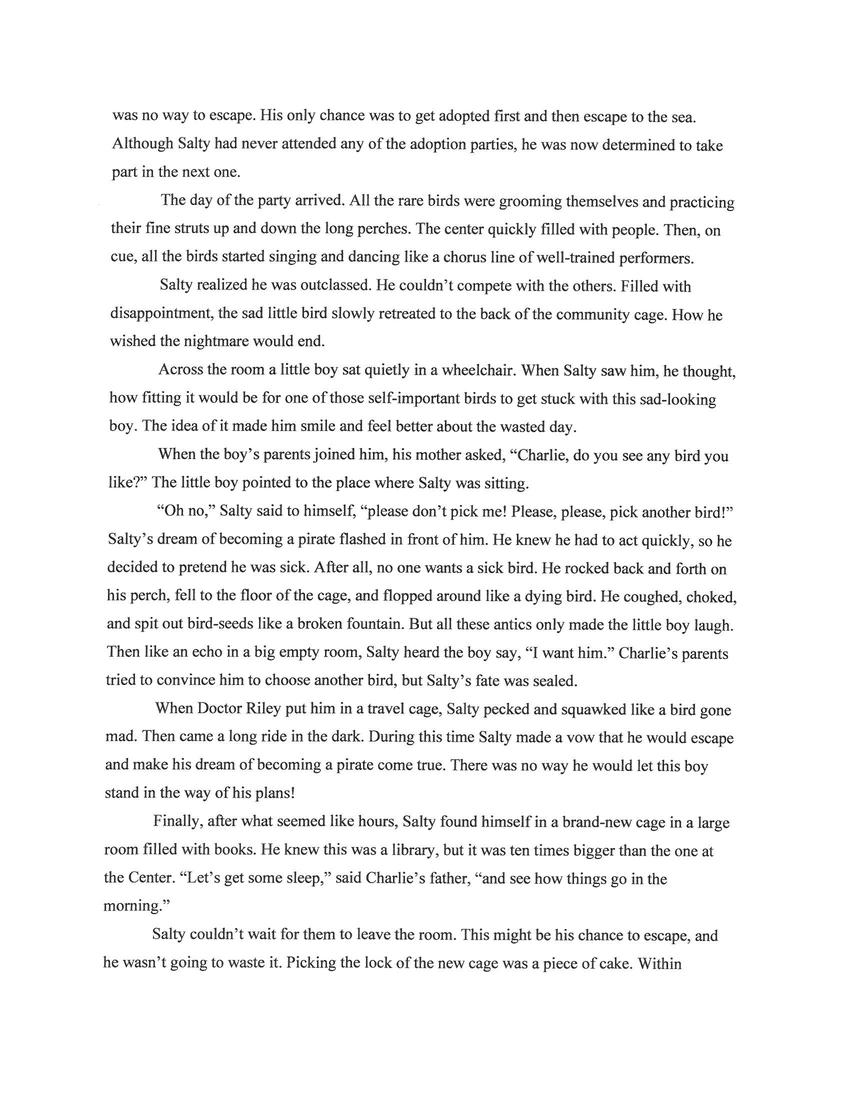 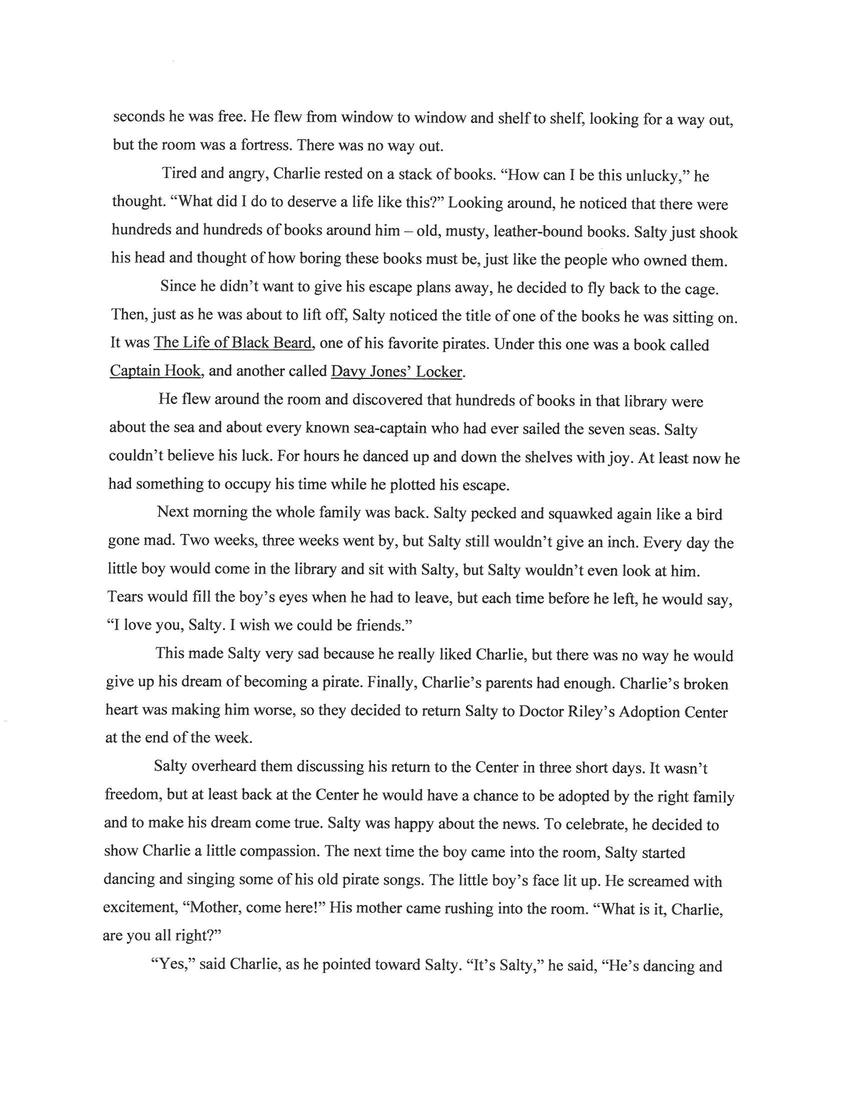 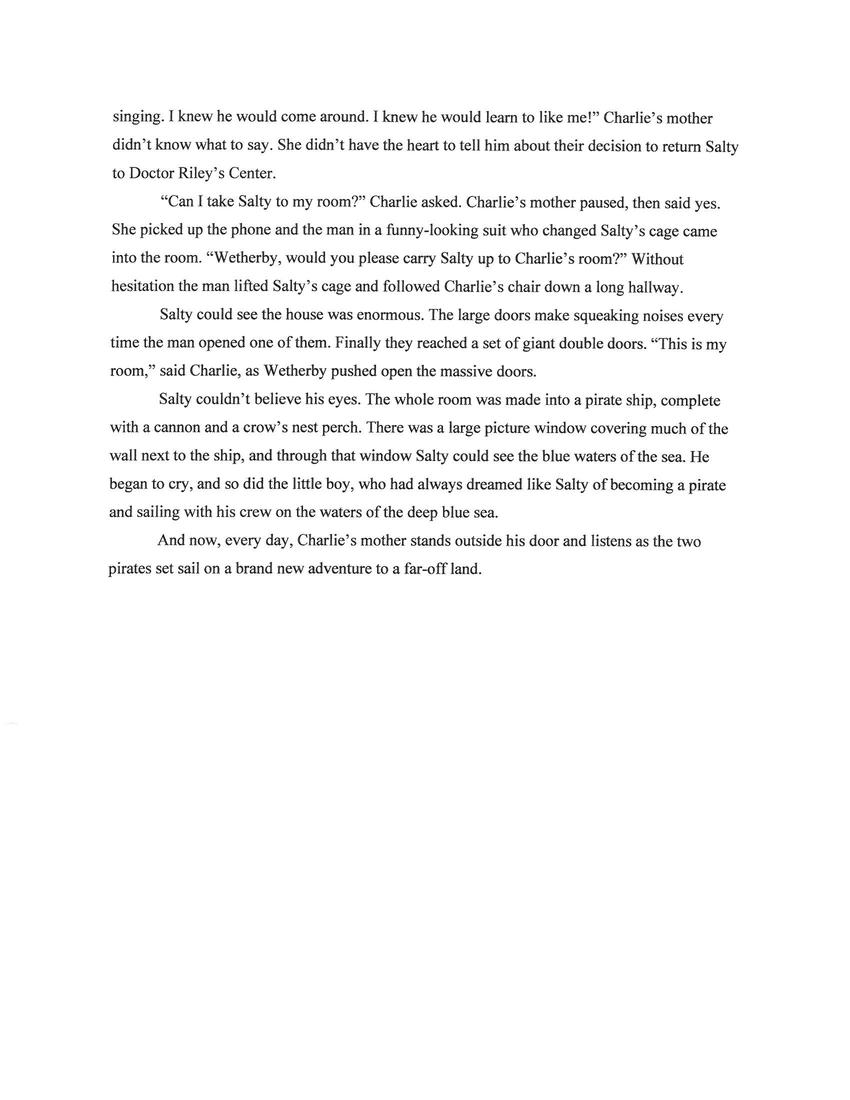 The Adventures of Salty, the Pirate Parrot

For five years, a parrot named Salty lived at Doctor Riley's Bird Clinic and Adoption Center in Rainbow County. Unfortunately, in all that time no one showed any interest in adopting the poor bird.

Salty was considered to be a common breed of parrot. To make matters worse, he had been terribly injured in a storm that changed his life forever. When the little bird was first brought to the Center, he was in critical condition. Besides that, his right eye was badly damaged, and his left leg was missing.

Doctor Riley did everything he could. He saved the bird's life, but regrettably there was nothing he could do to restore the bird's eye and leg. Out of compassion, he made a patch to cover the missing right eye and fashioned a wooden peg to replace the severed leg.

After months of recovery and countless hours of physical therapy, the little bird was finally able to stand on his own and join the rest of the birds in the community cage. Amazed at his progress and determination, Doctor Riley decided to keep the little bird at the Center. Normally, only the rarest birds got to stay at the Riley Adoption Center, known all over the world for its collection of rare, exotic birds.

The name "Salty" was given to him because of his temper, but it also fit because his eyepatch and wooden leg made him look like Long John Silver's trusty sidekick, "Salty of the Sea". Salty liked being named after the famous parrot. It helped him accept the way he looked.

Salty now made it his mission to learn everything he could about being a pirate. He spent a lot of time at the Center library, reading about the great pirates who had sailed the seven seas. He memorized star-charts and practiced how to tie sailors' knots. At night he would sneak down to the basement and pretend he was first mate on his own pirate ship, searching for treasures in far-off lands. There he would sing old pirate songs, "Row, Row, Row Your Boat", "Yo-Ho-Ho, a Pirate's Life for Me", and his personal favorite, "Walk the Plank".

This world of make-believe was his only happiness, because life for him at the Center was sad and lonely. None of the other birds accepted him. They saw him as a common bird who didn't belong in their elite company. After all, he was only a rescue. There was nothing special about him. At the seed bowl they mocked and bullied him, and they also kept all the choice seeds for themselves.

Salty knew he had to leave the Center to pursue his dream of becoming a pirate, but there was no way to escape. His only chance was to get adopted first and then escape to the sea. Although Salty had never attended any of the adoption parties, he was now determined to take part in the next one.

The day of the party arrived. All the rare birds were grooming themselves and practicing their fine struts up and down the long perches. The center quickly filled with people. Then, on cue, all the birds started singing and dancing like a chorus line of well-trained performers.

Salty realized he was outclassed. He couldn't compete with the others. Filled with disappointment, the sad little bird slowly retreated to the back of the community cage. How he wished the nightmare would end.

Across the room a little boy sat quietly in a wheelchair. When Salty saw him, he thought, how fitting it would be for one of those self-important birds to get stuck with this sad-looking boy. The idea of it made him smile and feel better about the wasted day.

When the boy's parents joined him, his mother asked, "Charlie, do you see any bird you like?" The little boy pointed to the place where Salty was sitting.

"Oh no", Salty said to himself, "please don't pick me! Please, please, pick another bird!" Salty's dream of becoming a pirate flashed in front of him. He knew he had to act quickly, so he decided to pretend he was sick. After all, no one wants a sick bird. He rocked back and forth on his perch, fell to the floor of the cage, and flopped around like a dying bird. He coughed, choked, and spit out bird-seeds like a broken fountain. But all these antics only made the little boy laugh. Then like an echo in a big empty room, Salty heard the boy say, "I want him." Charlie's parents tried to convince him to choose another bird, but Salty's fate was sealed.

When Doctor Riley put him in a travel cage, Salty pecked and squawked like a bird gone mad. Then came a long ride in the dark. During this time Salty made a vow that he would escape and make his dream of becoming a pirate come true. There was no way he would let this boy stand in the way of his plans!

Finally, after what seemed like hours, Salty found himself in a brand-new cage in a large room filled with books. He knew this was a library, but it was ten times bigger than the one at the Center. "Let's get some sleep", said Charlie's father, "and see how things go in the morning."

Salty couldn't wait for them to leave the room. This might be his chance to escape, and he wasn't going to waste it. Picking the lock of the new cage was a piece of cake. Within seconds he was free. He flew from window to window and shelf to shelf, looking for a way out, but the room was a fortress. There was no way out.

Tired and angry, Salty rested on a stack of books. "How can I be this unlucky", he thought. "What did I do to deserve a life like this?" Looking around, he noticed that there were hundreds and hundreds of books around him - old, musty, leather-bound books. Salty just shook his head and thought of how boring these books must be, just like the people who owned them.

Since he didn't want to give his escape plans away, he decided to fly back to the cage. Then, just as he was about to lift off, Salty noticed the title of one of the books he was sitting on. It was The Life of Black Beard, one of his favorite pirates. Under this one was a book called Captain Hook, and another called Davy Jones' Locker.

He flew around the room and discovered that hundreds of books in that library were about the sea and about every known sea-captain who had ever sailed the seven seas. Salty couldn't believe his luck. For hours he danced up and down the shelves with joy. At least now he had something to occupy his time while he plotted his escape.

Next morning the whole family was back. Salty pecked and squawked again like a bird gone mad. Two weeks, three weeks went by, but Salty still wouldn't give an inch. Every day the little boy would come in the library and sit with Salty, but Salty wouldn't even look at him. Tears would fill the boy's eyes when he had to leave, but each time before he left, he would say, "I love you, Salty. I wish we could be friends."

This made Salty very sad because he really liked Charlie, but there was no way he would give up his dream of becoming a pirate. Finally, Charlie's parents had enough. Charlie's broken heart was making him worse, so they decided to return Salty to Doctor Riley's Adoption Center at the end of the week.

Salty overheard them discussing his return to the Center in three short days. It wasn't freedom, but at least back at the Center he would have a chance to be adopted by the right family and to make his dream come true. Salty was happy about the news. To celebrate, he decided to show Charlie a little compassion. The next time the boy came into the room, Salty started dancing and singing some of his old pirate songs. The little boy's face lit up. He screamed with excitement, "Mother, come here!" His mother came rushing into the room. "What is it, Charlie, are you all right?"

"Yes", said Charlie, as he pointed toward Salty. "It's Salty", he said. "He's dancing and singing. I knew he would come around. I knew he would learn to like me!" Charlie's mother didn't know what to say. She didn't have the heart to tell him about their decision to return Salty to Doctor Riley's Center.

"Can I take Salty to my room?" Charlie asked. Charlie's mother paused, then said yes. She picked up the phone and the man in a funny-looking suit who changed Salty's cage came into the room. "Wetherby, would you please carry Salty up to Charlie's room?" Without hesitation the man lifted Salty's cage and followed Charlie's chair down a long hallway.

Salty could see the house was enormous. The large doors made squeaking noises every time the man opened one of them. Finally they reached a set of giant double doors. "This is my room", said Charlie, as Wetherby pushed open the massive doors.

Salty couldn't believe his eyes. The whole room was made into a pirate ship, complete with a cannon and a crow's nest perch. There was a large picture window covering much of the wall next to the ship, and through that window Salty could see the blue waters of the sea. He began to cry, and so did the little boy, who had always dreamed like Salty of becoming a pirate and sailing with his crew on the waters of the deep blue sea.

And now, every day, Charlie's mother stands outside his door and listens as the two pirates set sail on a brand new adventure to a far-off land.

This a sweet story. You have great imagination!
Hi Charles,

It's Ruth....I've found you!!! Can't believe we are online together now x
I have just read the story properly and I love it. I will be reading it to Ted who is pirate mad..... I'll let you know how it goes!!! 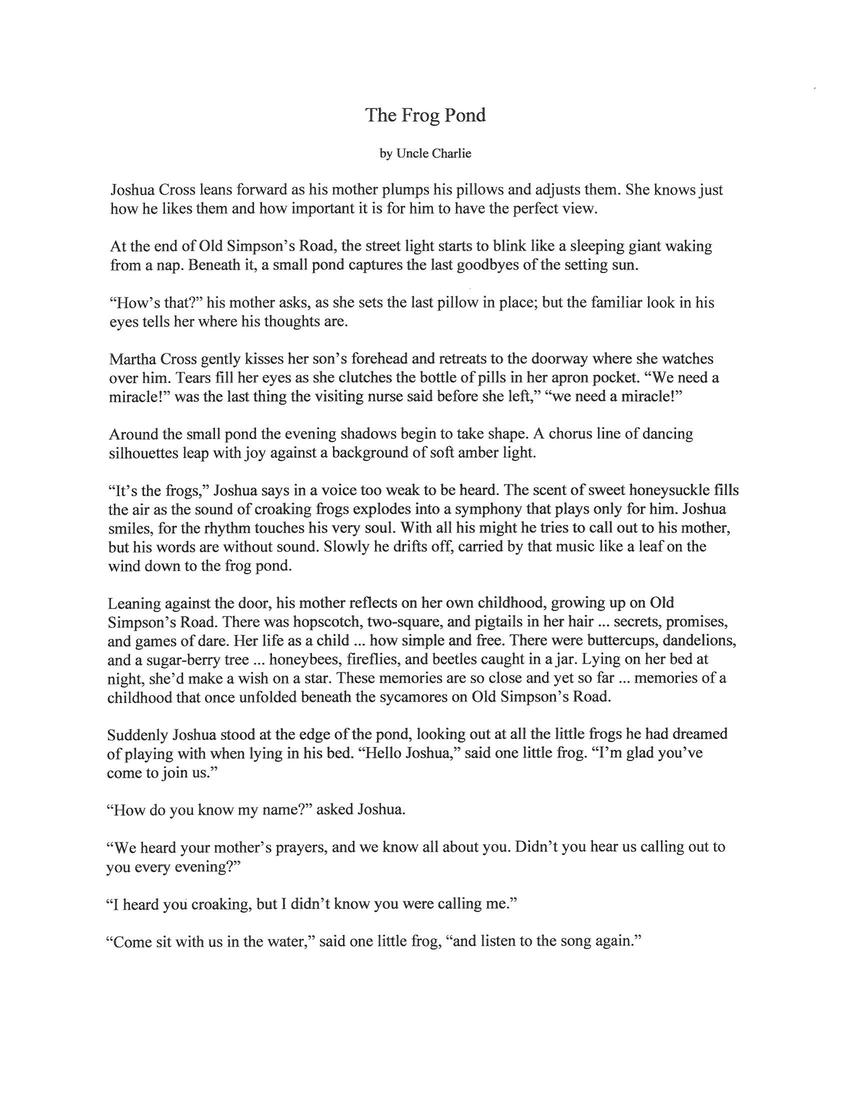 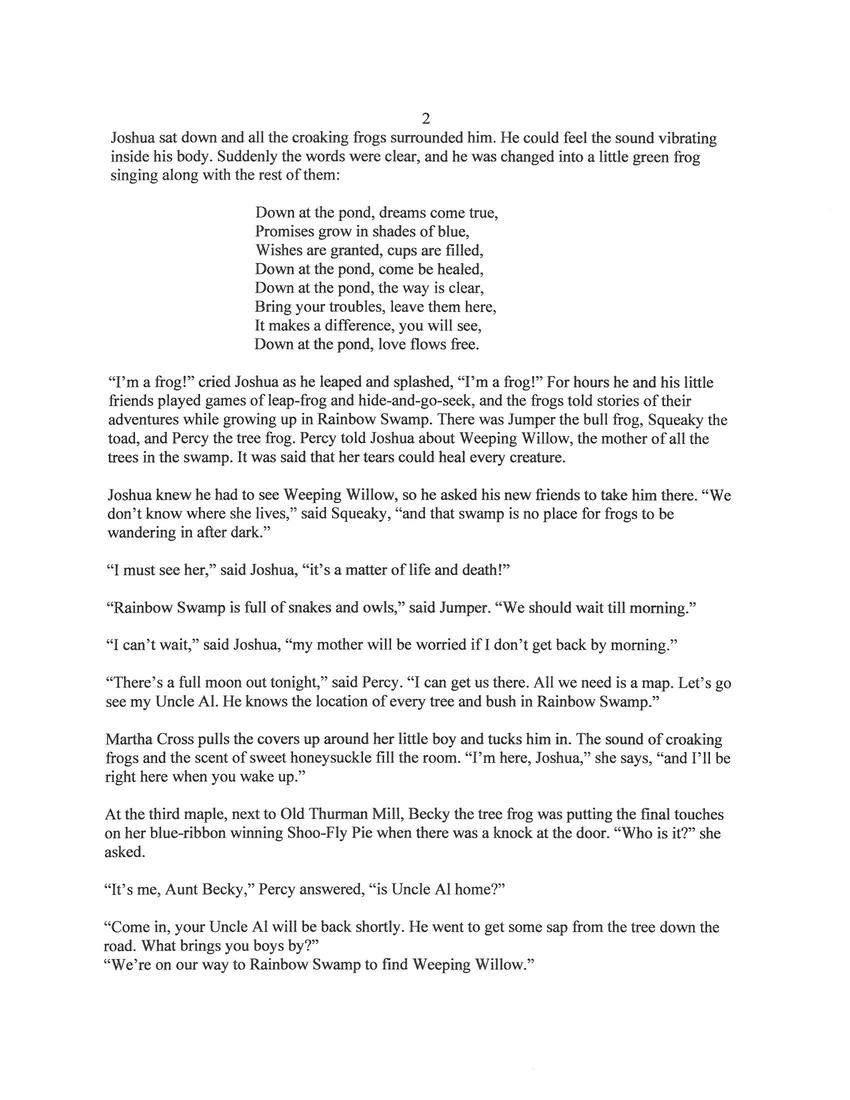 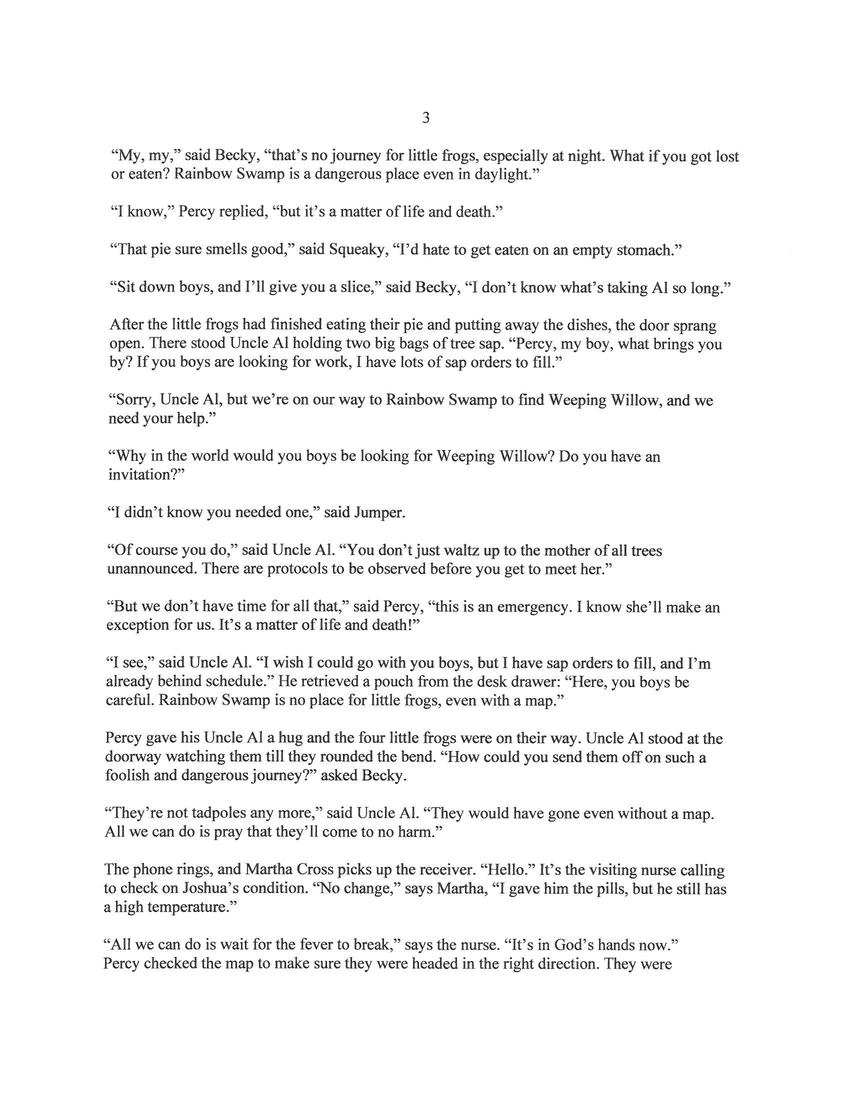 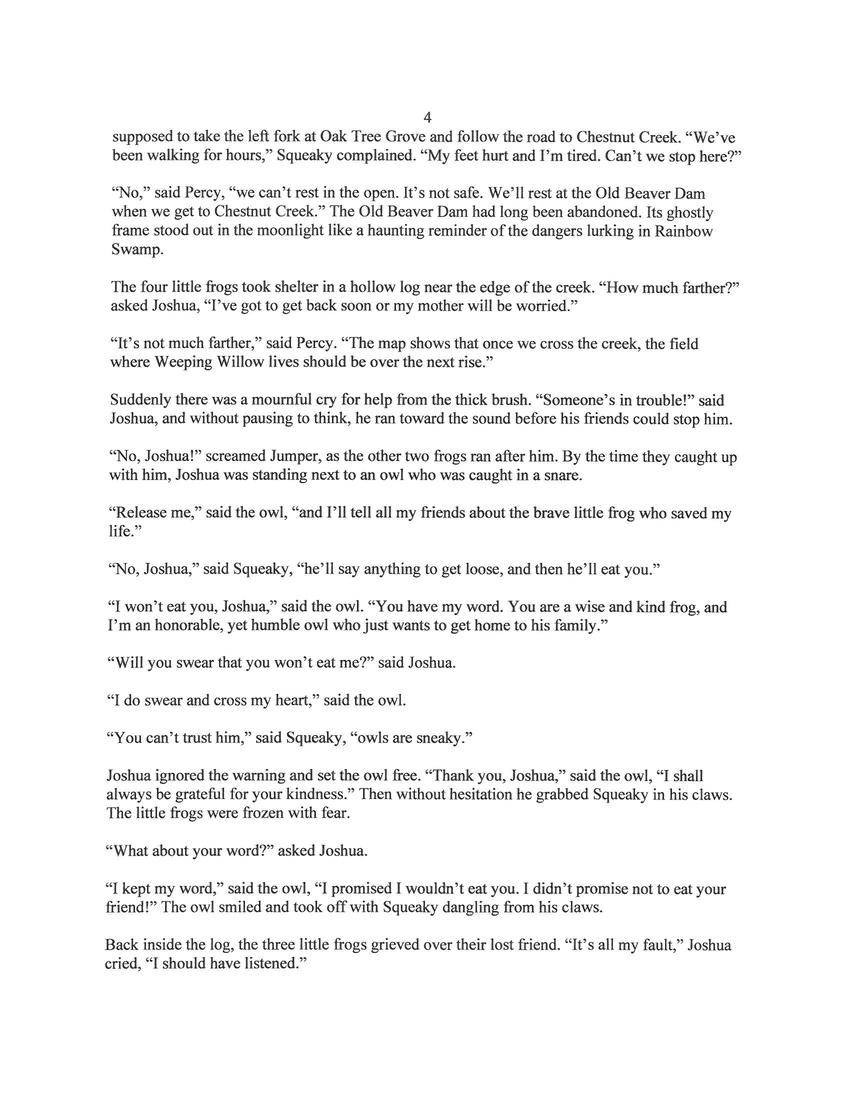 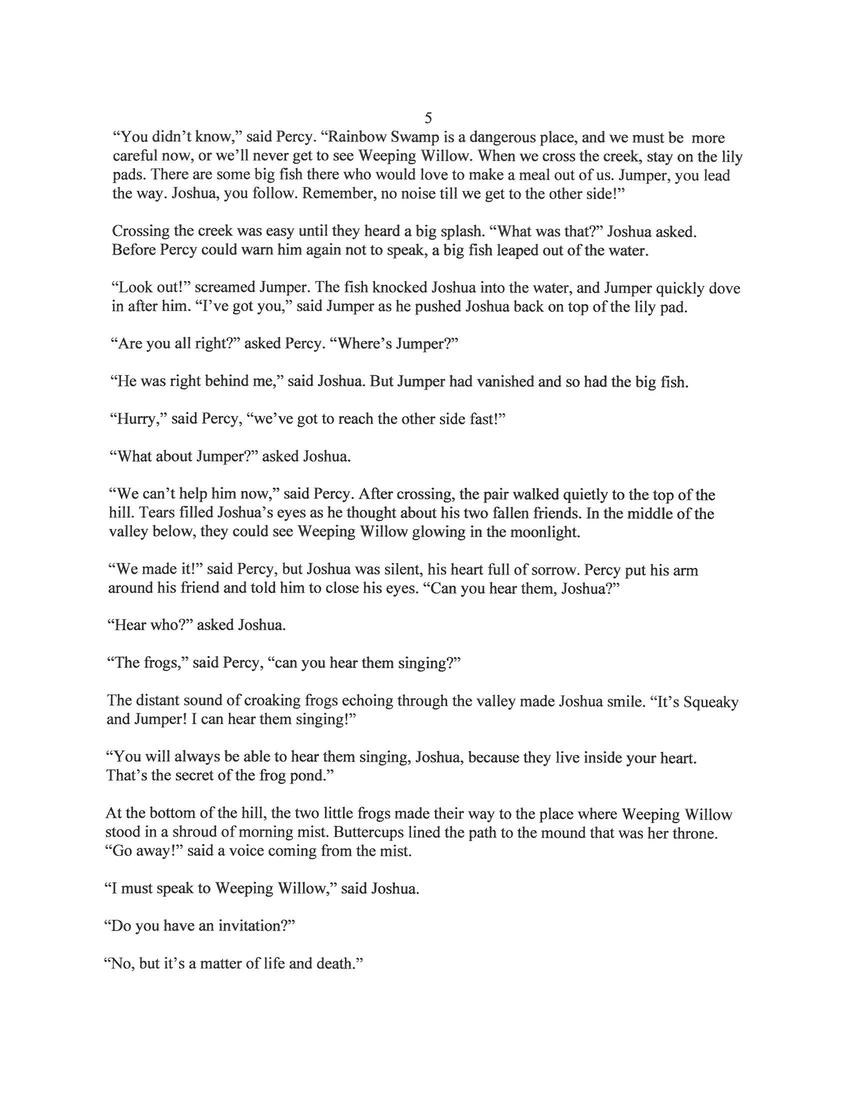 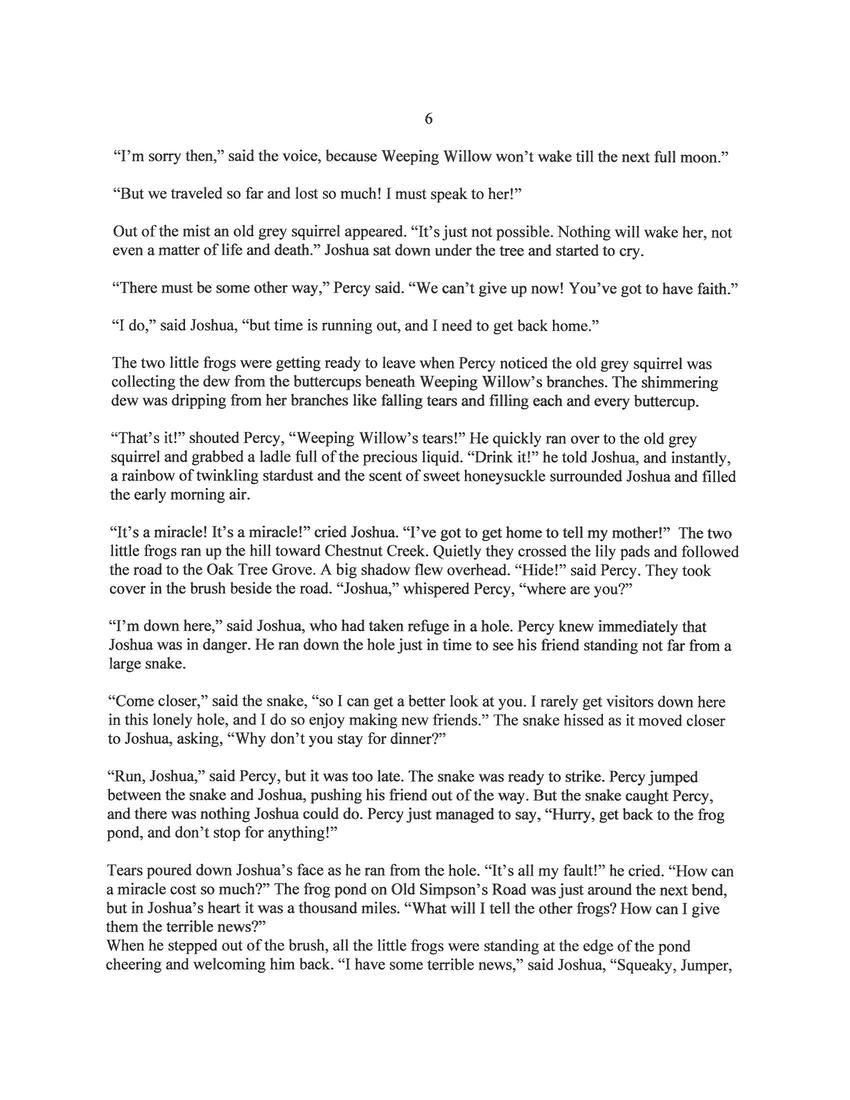 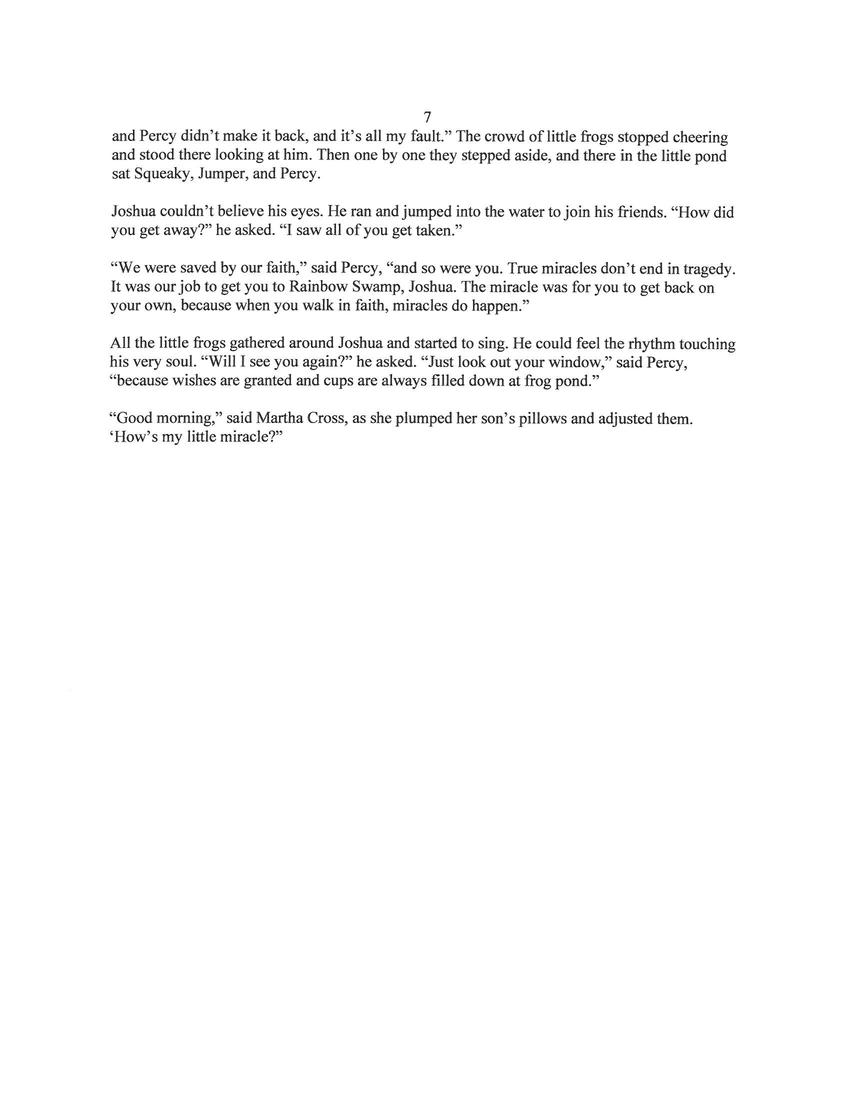 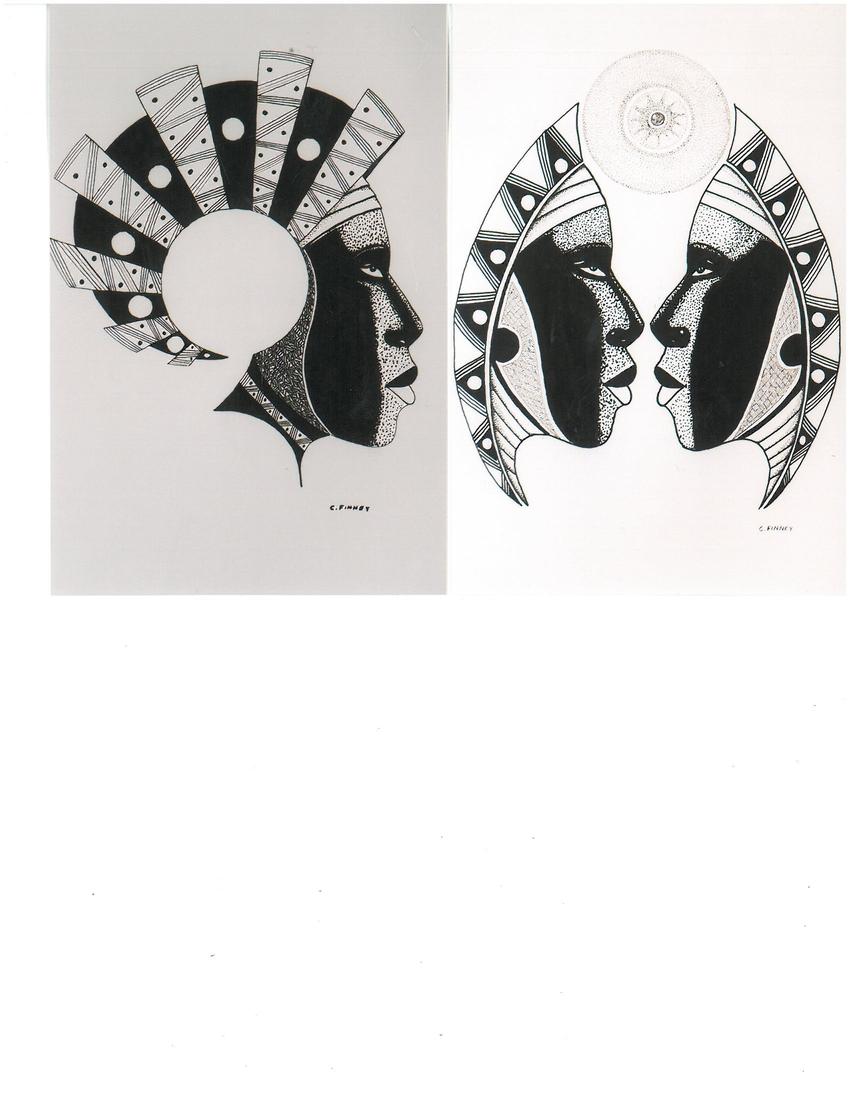