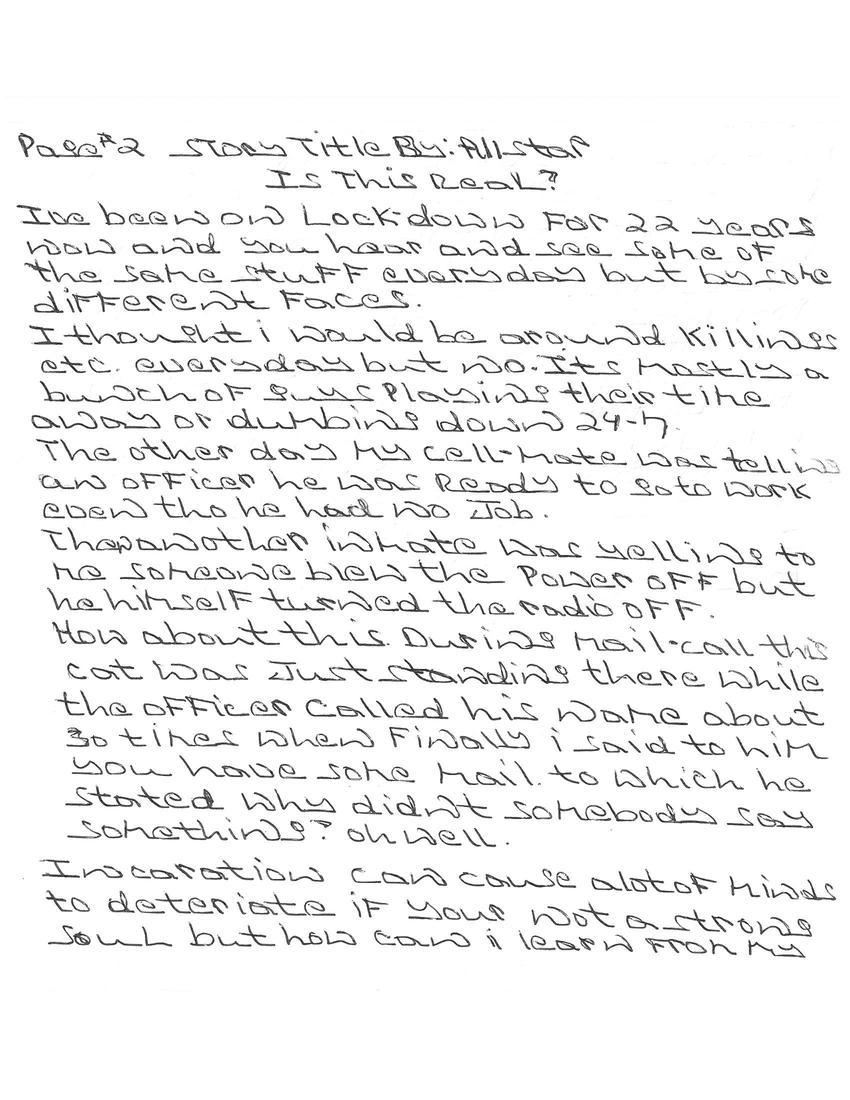 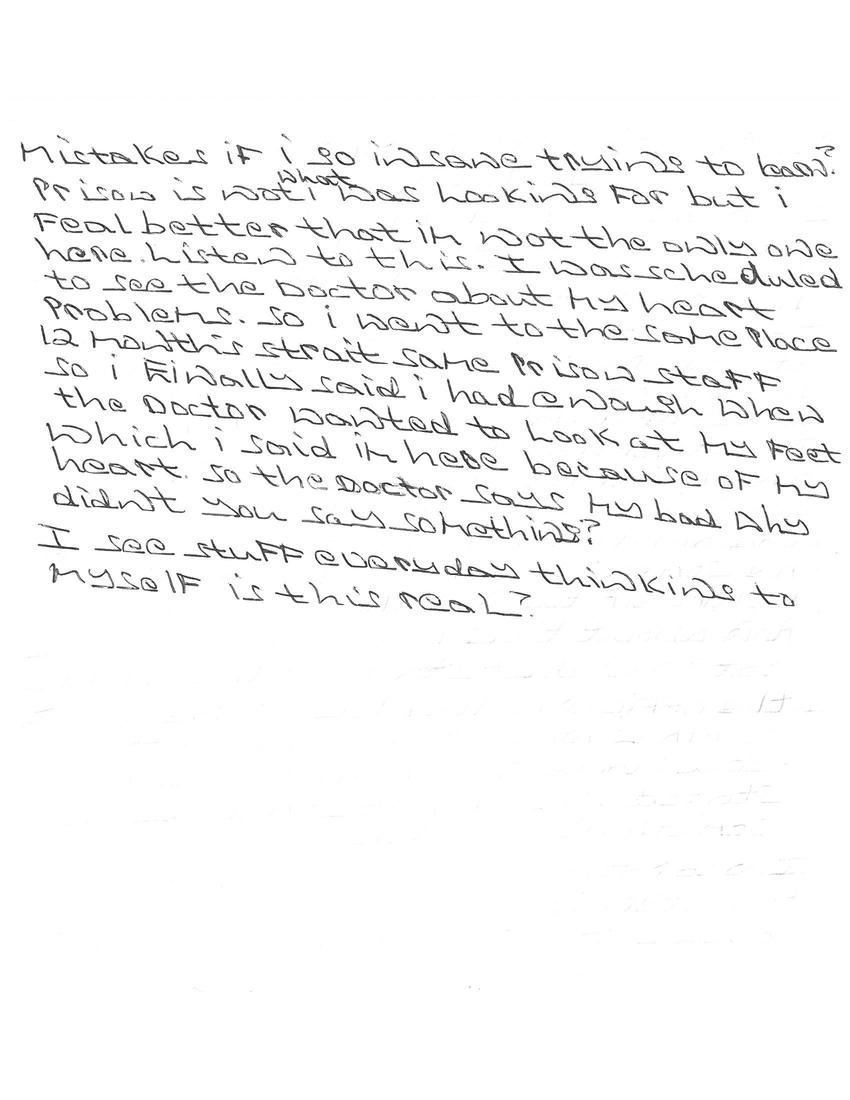 I've been on lock-down for 22 years now and you hear and see some of the same stuff everyday but by some different faces.

I thought I would be around killings etc. everyday but no. It's most a bunch guys playing their title away or dunbins down 24-7.

The other day my cell-mate was telling an officer he was ready to go to work even thought he had no job.

Then another inmate was yelling to so someone blew the power off but he himself turned the radio off.

How about this, during mail-call this cat was just standing there while the officer called his name about 30 times when finally I said to him you have some mail, to which he stated why didn't somebody say something? Oh well.

Incarceration can cause a lot of minds to deteriorate if you're not a strong soul but how can I learn from my mistakes if I so insane trying to learn? Prison is not what I was looking for but I feel better that I'm not the only one here. Listen to this. I was scheduled to see the doctor about my heart problems. So I went to the some place 12 months straight, same prison staff so I finally said I had enough when the doctor wanted to look at my feet which I said I'm here because of my heart. So the doctors says my bad why didn't you say something?

I see stuff everyday thinking to myself is this real?

I sorry that sounds like it sucks I work at pizza hut with a bunch of rich kids I basically babysit everyday. It gets frustrating. But I take everything as it comes. Hi my name is Patricia I am 25. I live in Houston Texas born an raised Texan lol an proud. I really don't know what else to write. I'm blonde hair blue eyed and I'm blonde5'2. Short but fast. :) hope to hear back from ya! Sincerely, Patricia
I give you a lot of credit for staying strong through all of this stuff. I know my situation is completely different, but I still have trouble staying strong through everything.

Sometimes I wonder how we get ourselves into all of these messes. How if we could, maybe we would do things differently.

Please don't let your mind deteriorate, and keep positive through this long struggle. 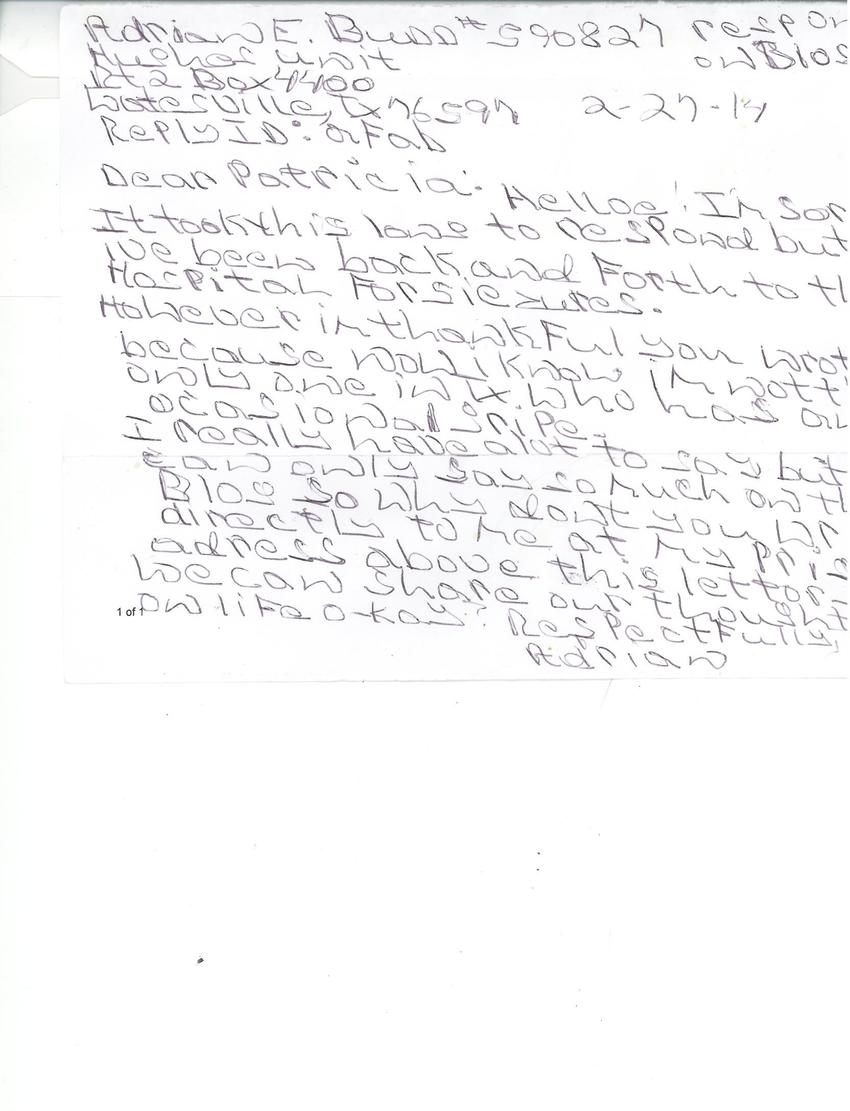 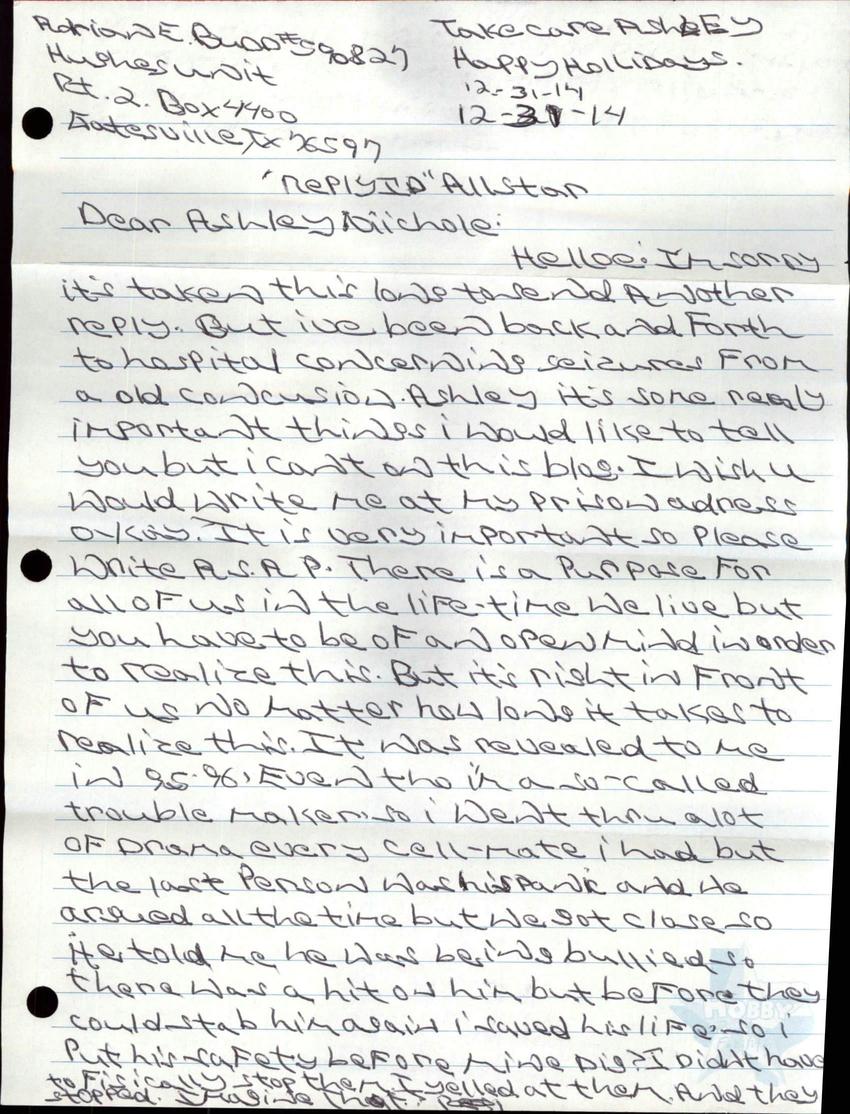