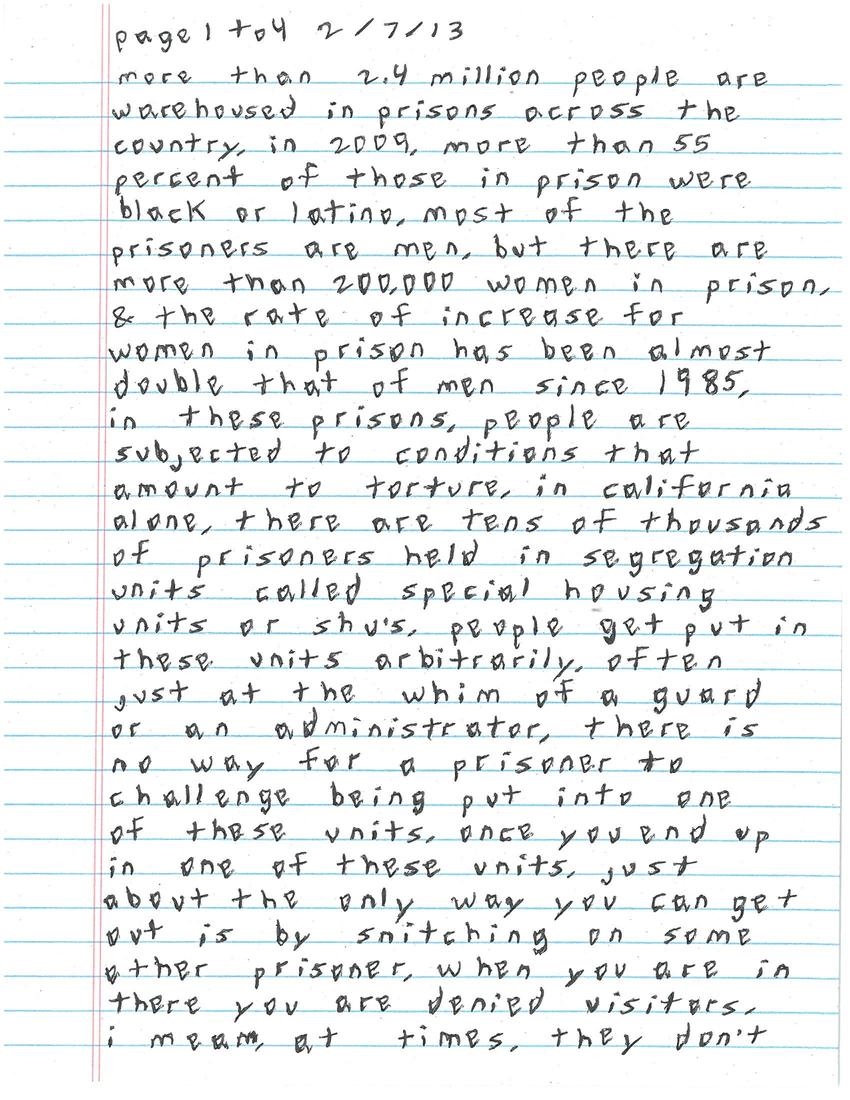 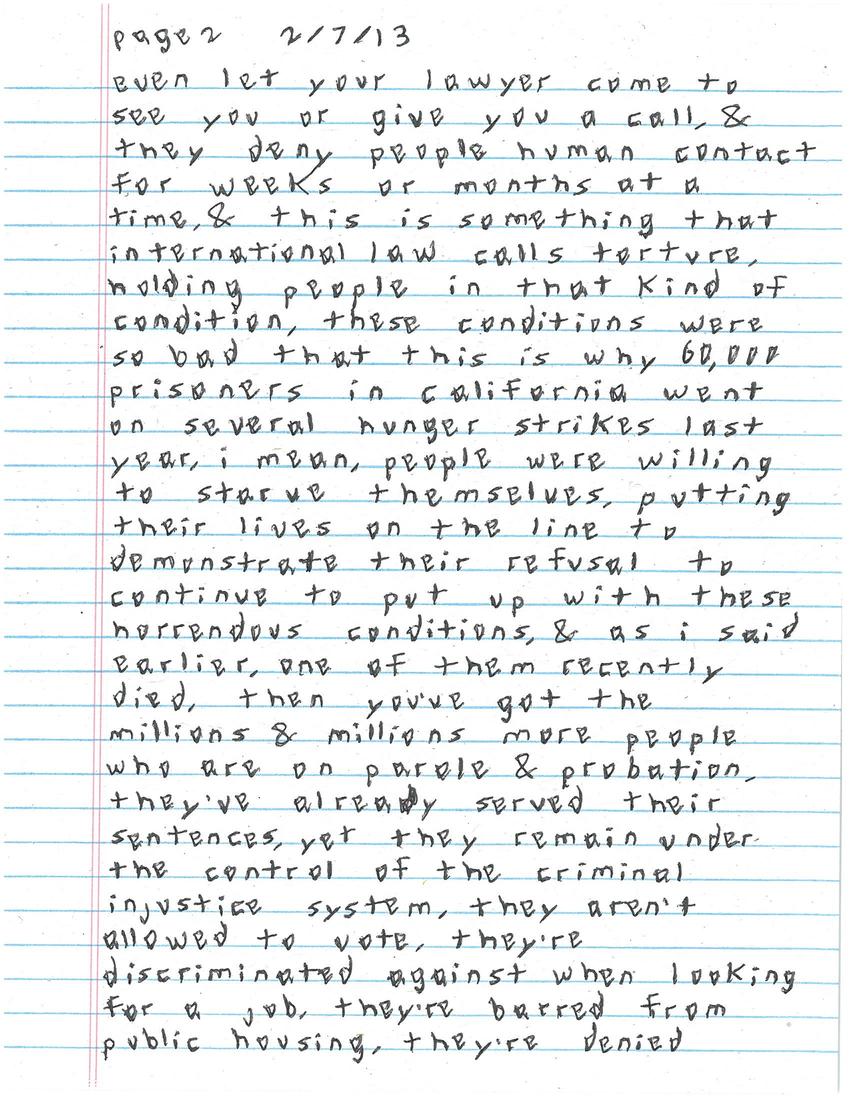 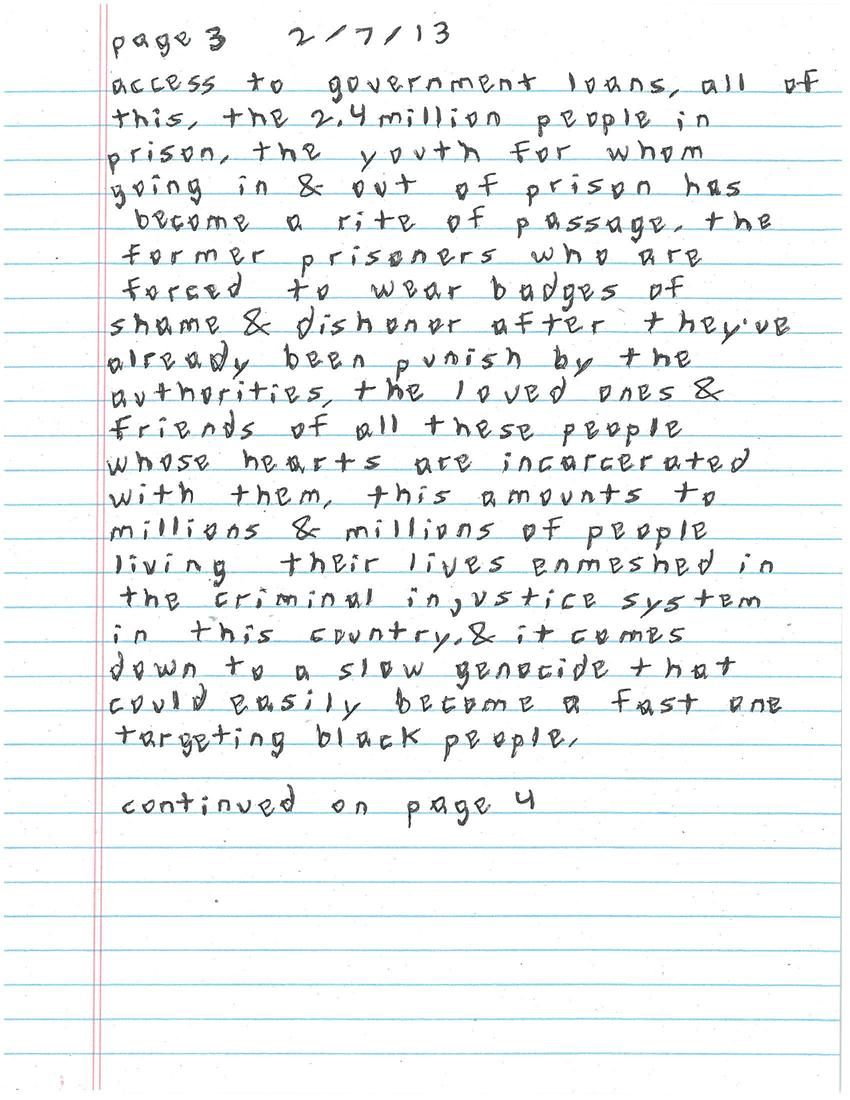 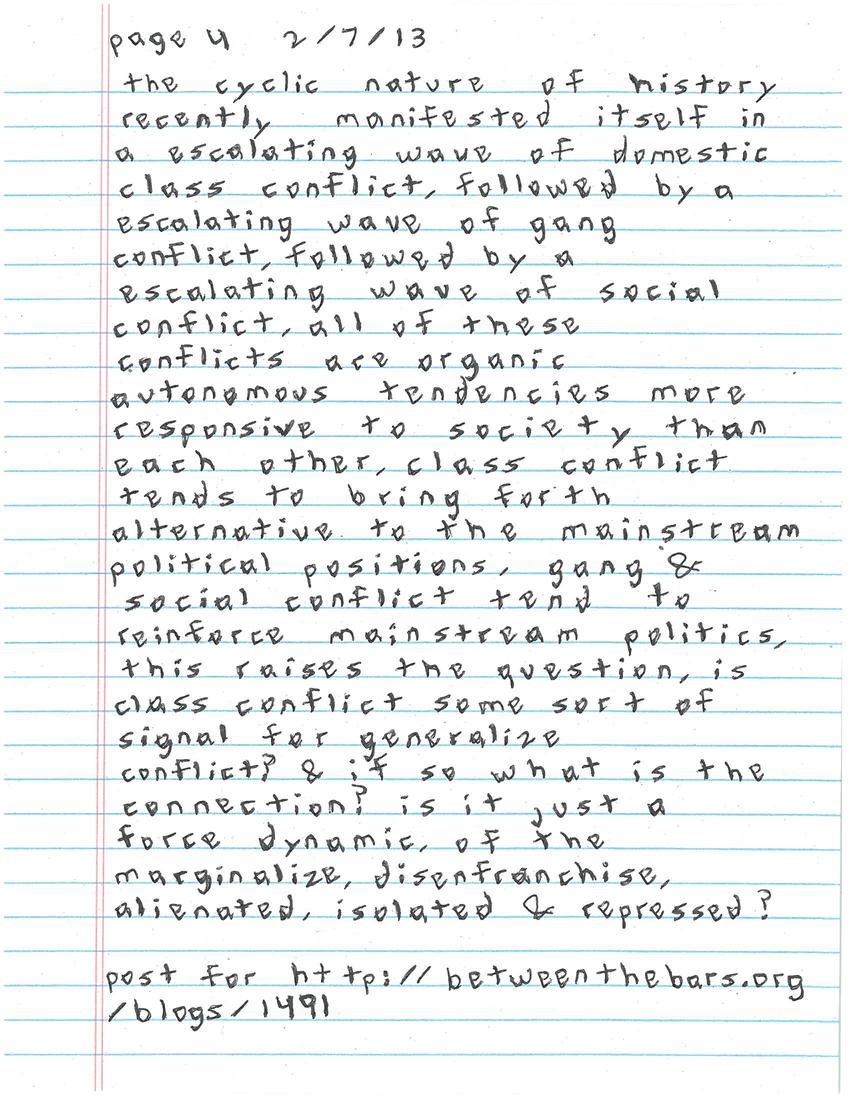 More than 2.4 million people are warehoused in prisons across the country. In 2009, more than 55 percent of those in prison were black or latino. Most of the prisoners are men, but there are more tha 200,000 women in prison and the rate of increase for women in prison has been almost double that of men since 1985. In these prisons, people are subjected to conditions that amount to torture. In california alone, there are tens of thousands of prisoners held in segregation units called special housing units or SHUs. People get put in these units arbitrarily, often just at the whim of a guard or an administrator. There is no way for a prisoner to challenge being put into one of these units. Once you end up in one of these units, just about the only way you can get out is by snitching on some other prisoner. When you are in there you are denied visitors. I mean, at times, they don't even let your lawyer come to see you or give you a call & they deny people human contact for weeks or months at a time & this is something that international law calls torture, holding people in that kind of condition. These conditions were so bad that this is why 60,000 prisoners in California went on several hunger strikes last year. I mean, people were willing to starve themselves, putting their lives on the line to demonstrate their refusal to continue to put up with these horrendous conditions &, as I said earlier, one of them recently died. Then you've got the millions & millions more people who are on parole & probation. They've already served their sentences yet they remain under the control of the criminal injustice system. They aren't allowed to vote, they're discriminated against when looking for a job, they're barred from public housing, they're denied access to government loans. All of this - the 2.4 million people in prison, the youth for whom going in & out of prison has become a rite of passage, the former prisoners who are forced to wear badges of shame & dishonor after they've already been punished by the authorities, the loved ones & friends of all of these people whose hearts are incarcerated with them - this amounts to millions & millions of people living their lives enmeshed in the criminal injustice system in this country & it comes down to a slow genocide that could easily become a fast one targeting black people.