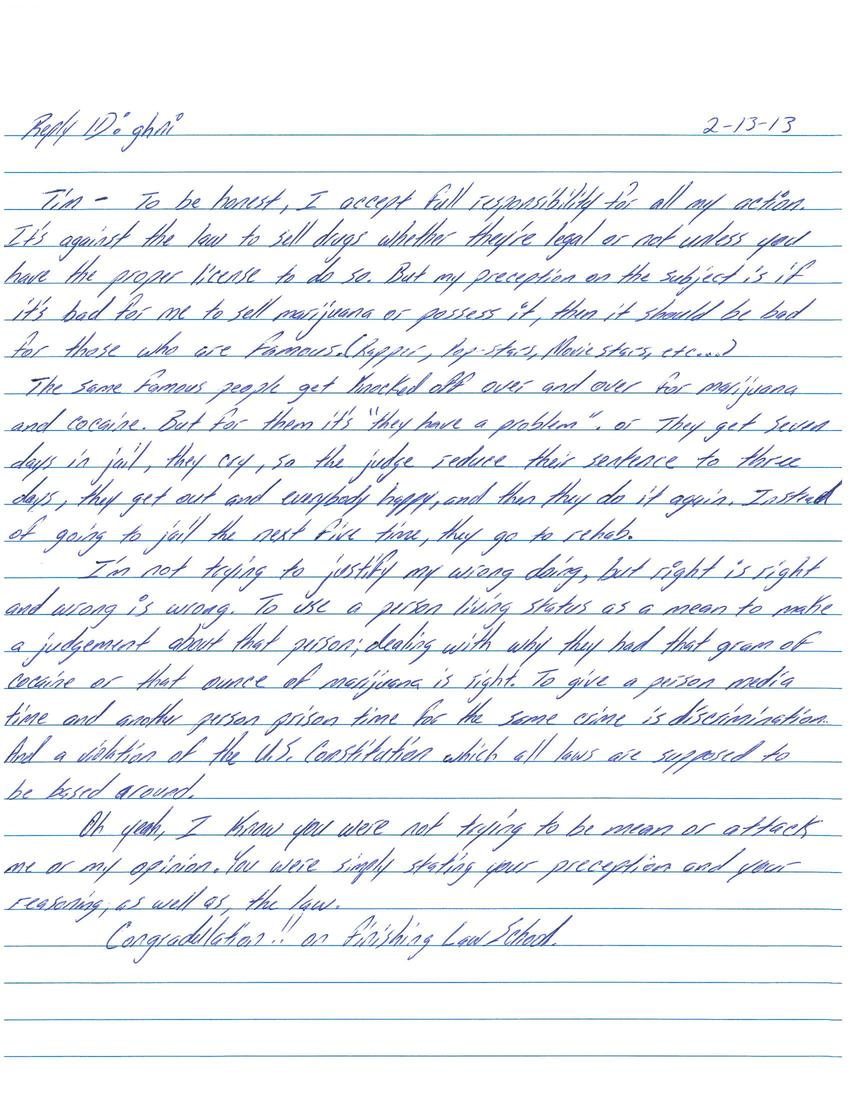 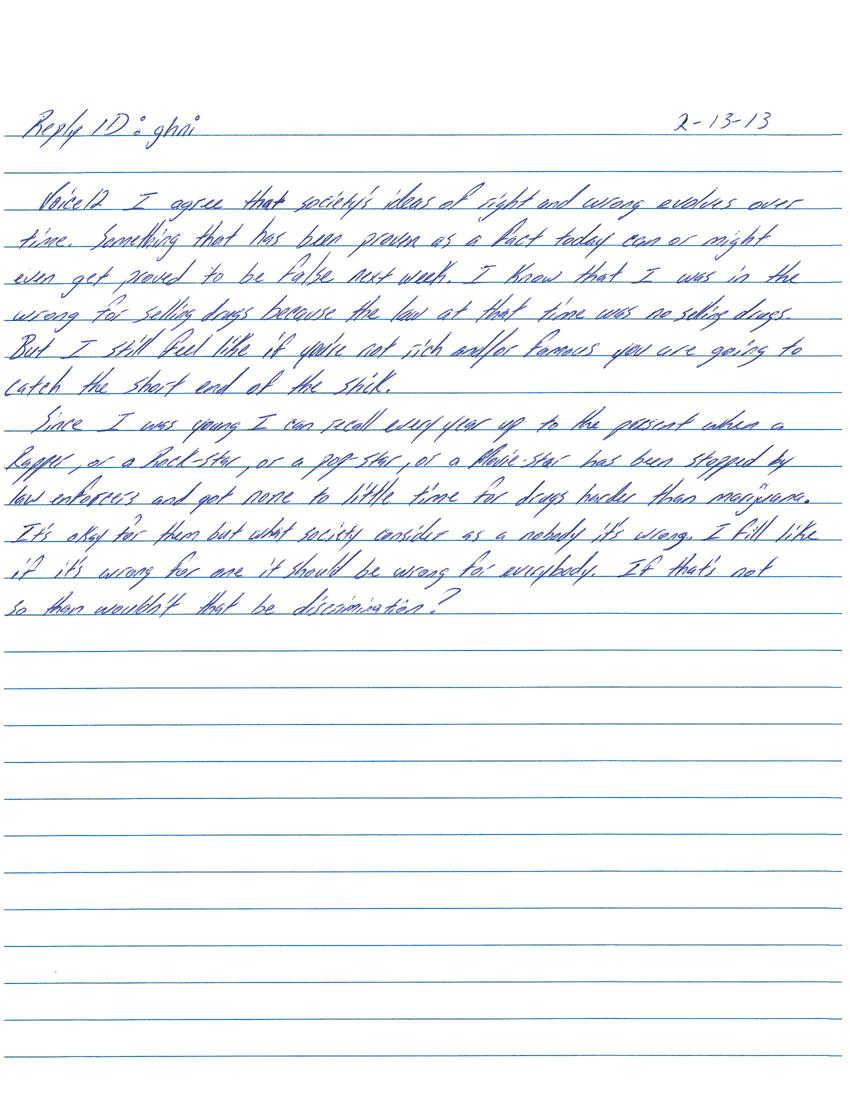 Tim - To be honest, I accept full responsibility for all my action. It's against the law to sell drugs whether they're legal or not unless you have the proper license to do so. But my perception on the subject is if it's bad for me to sell marijuana or possess it, then it should be bad for those who are famous. (Rapper, pop stars, movie stars, etc...)

The same famous people get knocked off over and over for marijuana and cocaine. But for them it's "they have a problem" or they get some days in jail, they cry, so the judge reduce their sentence to three days, they get out and everybody happy, and then they do it again. Instead of going to jail the next five time, they go to rehab.

I'm not trying to justify my wrong doing, but right is right and wrong is wrong. To use a person living status as a mean to make a judgement about that person; dealing with why they had that gram of cocaine or that ounce of marijuana is right. To give a person media time and another person prison time for the same crime is discrimination. And a violation of the U.S. Constitution which all laws are supposed to be based around.

Oh yeah, I know you were not trying to be mean or attack me or my opinion. You were simply stating your perception and your reasoning as well as the law.

Voice12, I agree that society's ideas of right and wrong evolves over time. Something that has been proven as a fact today can or might even get proved to be false next week. I know that I was in the wrong for selling drugs because the law at that time was no selling drugs. But I still feel like if you're not rich and/or famous you are going to catch the short end of the stick.

Since I was young I can recall every year up to the present when a rapper, or a rock star, or a pop star, or a movie star has been stopped by law enforcers and got none to little time for drugs harder than marijuana. It's okay for them but what society consider as a nobody it's wrong. I feel like if it's wrong for one it should be wrong for everybody. If that's not so then wouldn't that be discrimination?